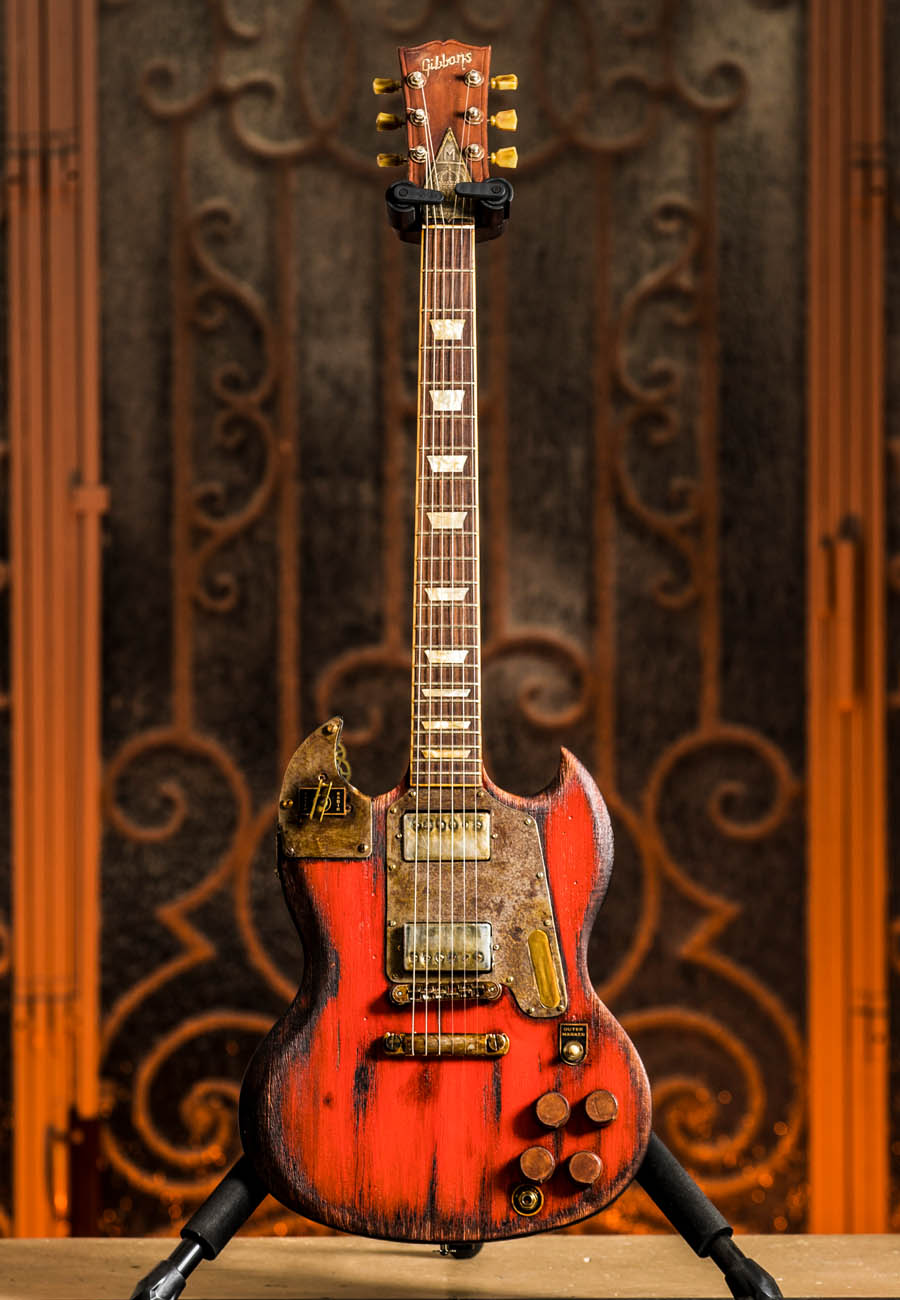 The steampunk movement started with French author Jules Vernes in novels like 20 000 Leagues Under The Sea, in which his descriptions of imaginary industrial steam-powered machines have inspired legions of writers, filmmakers, designers and even guitar modders! This SG Monark is a perfect example of what a steampunk-themed Gibson should look like. It started its life as a modest 2008 SG Standard, which Billy Gibbons decided to make extra special with a little help from Thomas Nilsen (founder of Cream T Pickups) and Raymond Eide (of Faust Guitars, a workshop in Trondheim, Norway).

The two started by stripping the finish from the SG, then proceeded to age the wood and finish it back with a much lighter polish. But that was only the beginning. They used leather for the headstock cover (sporting a Gibbons logo in lieu of the usual Gibson) and the four knobs, found a beautiful metal logo from the Norwegian Monark bike company dating back to the sixties and used it as the truss rod cover and used parts from a WW2 US-military aircraft for the jack output, the pickup selector ring (that says “Outer Marker”) and the clock switch that says Inter / Radio.

Yup you’ve read that right: the ultimate steampunk attribute of this guitaristic work of art are wheels from a 1950s British clock shaped like a horn that replaces the wooden upper SG cutaway, just like a bionic eye on a regular human. This stunning mechanism can be activated and creates a big roaring sound from the Cream T pickups. In fact, this guitar is so special that it has been featured in the Summer 2018 issue of the UK magazine Guitarist, as part of a cover feature on guitar modding. 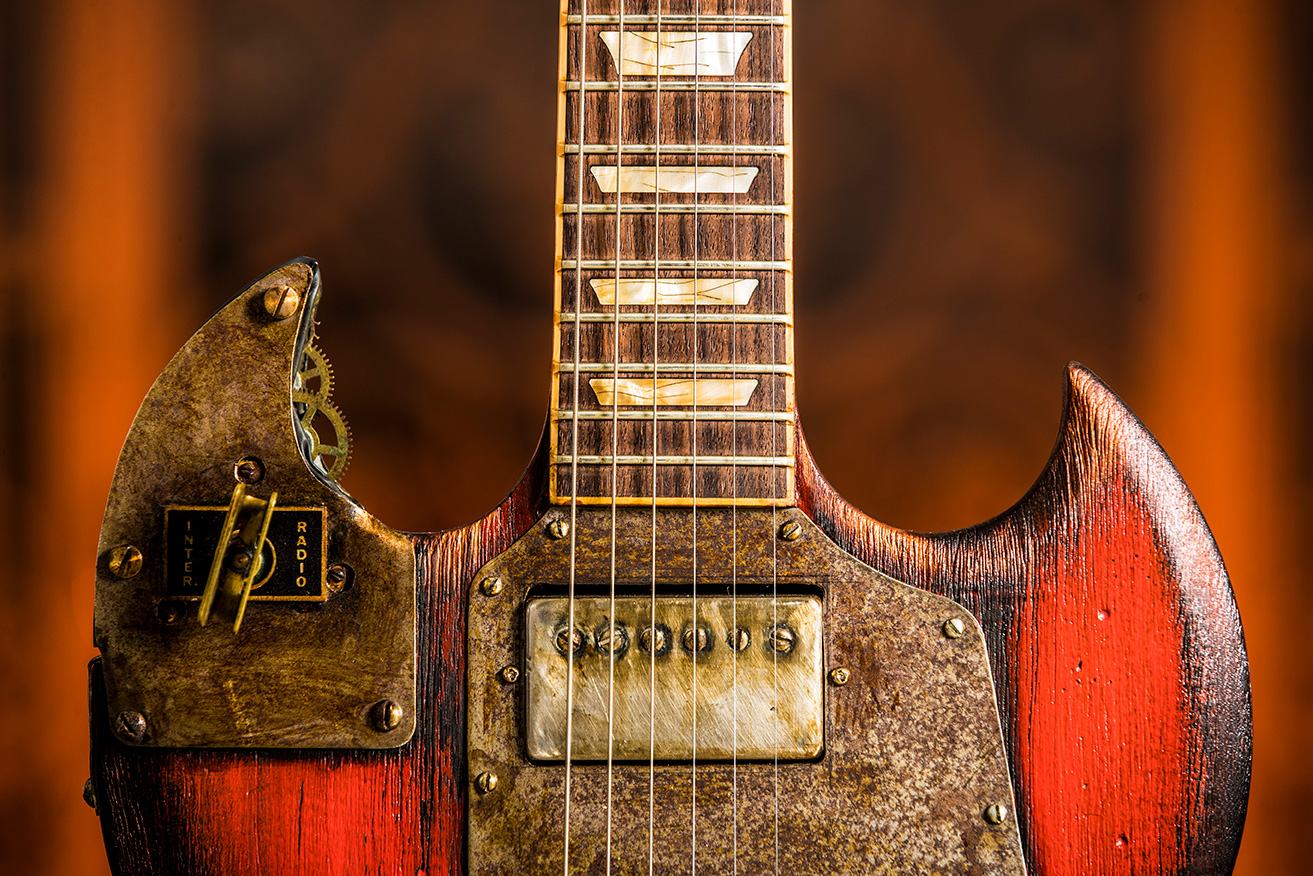 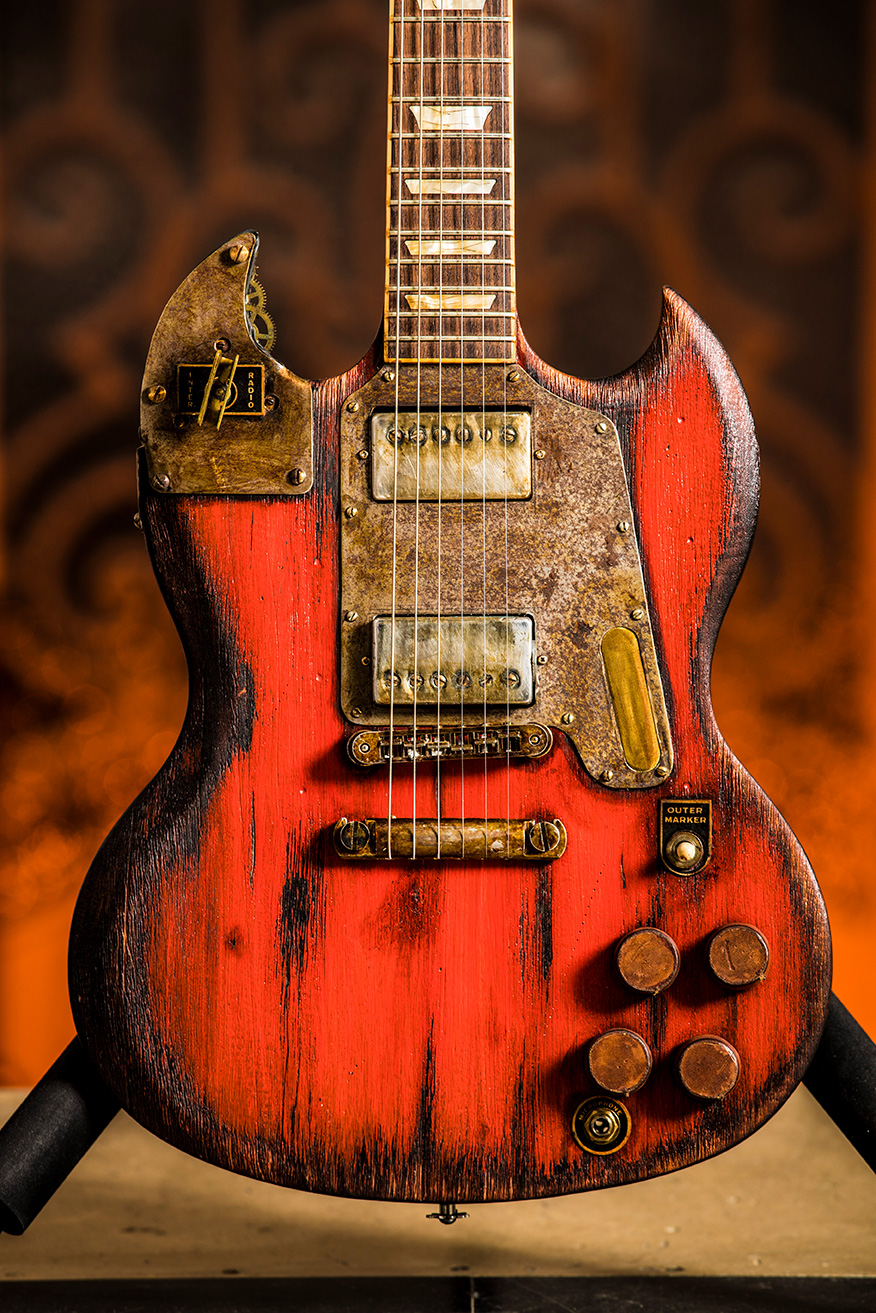 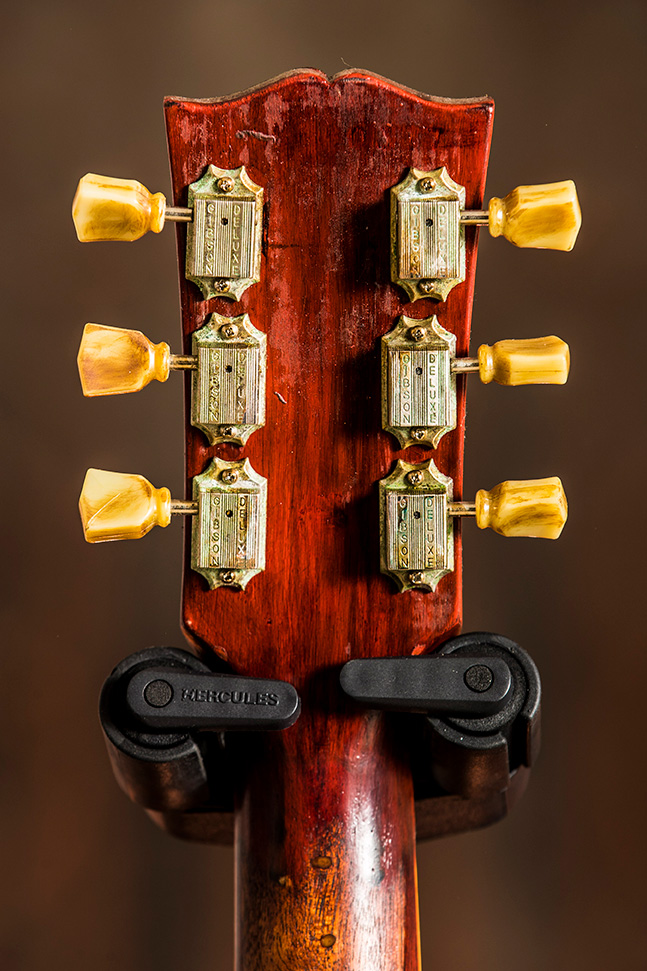 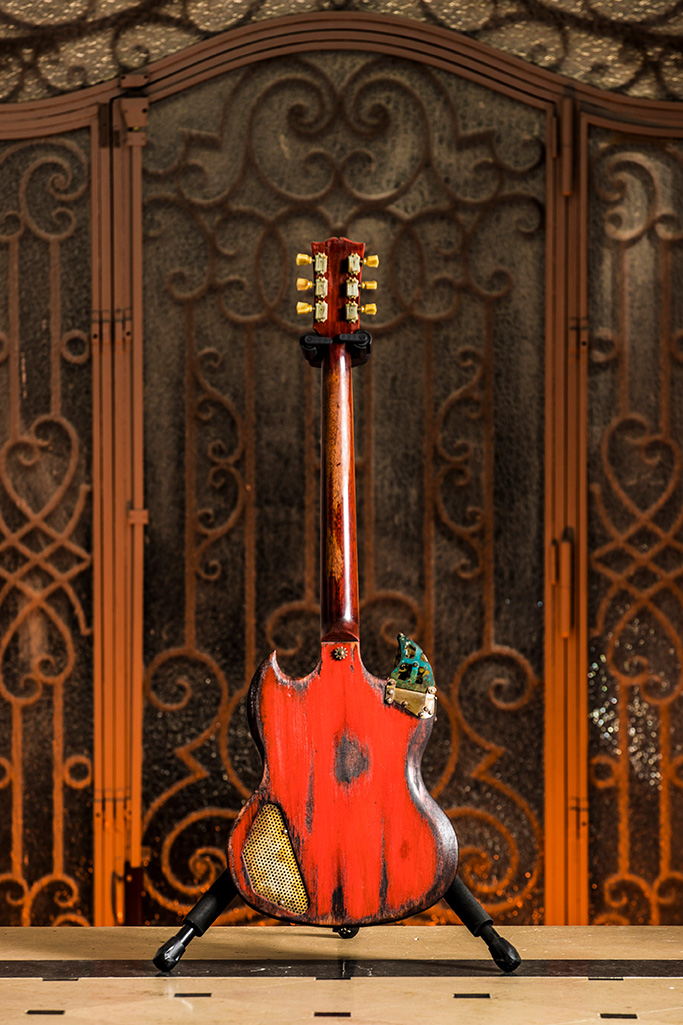 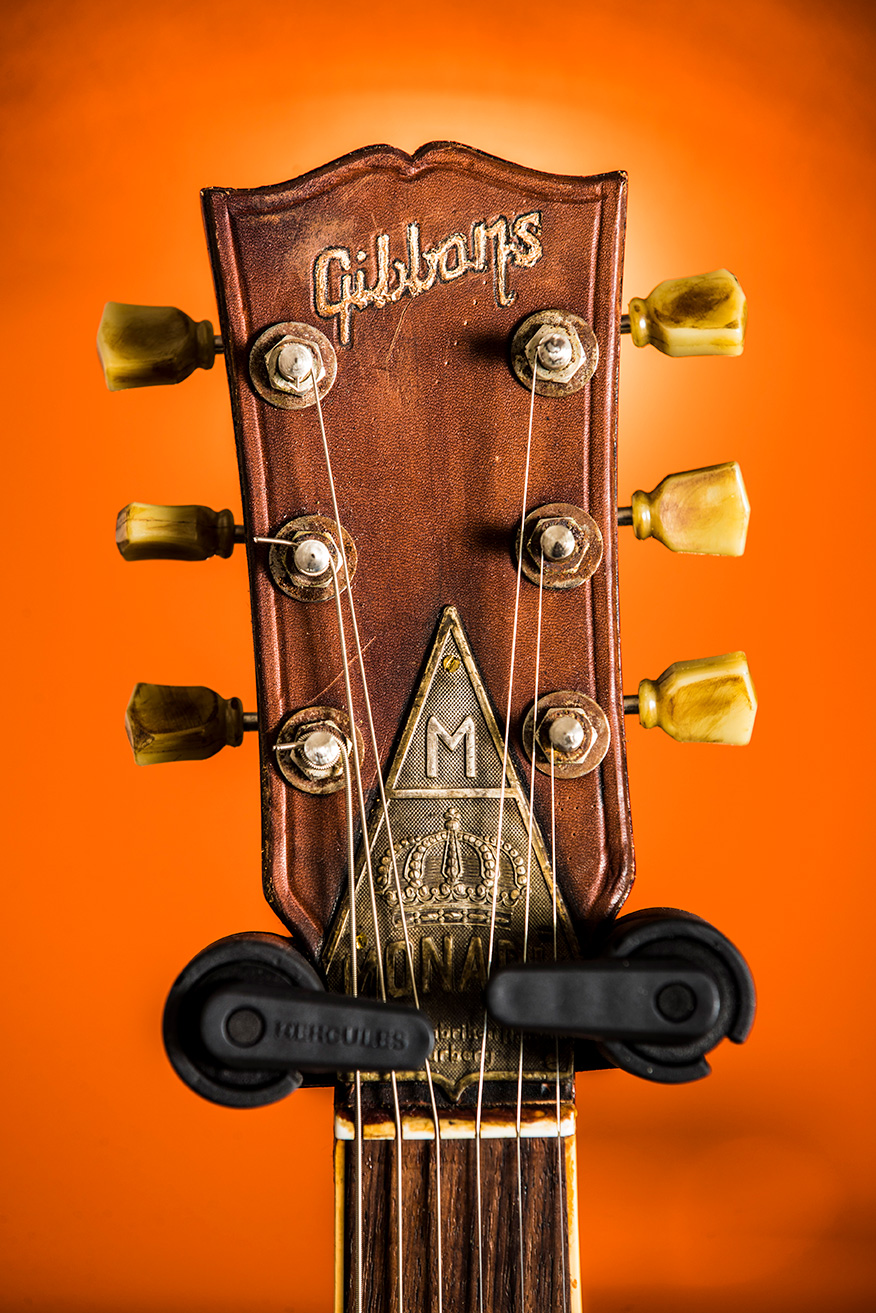 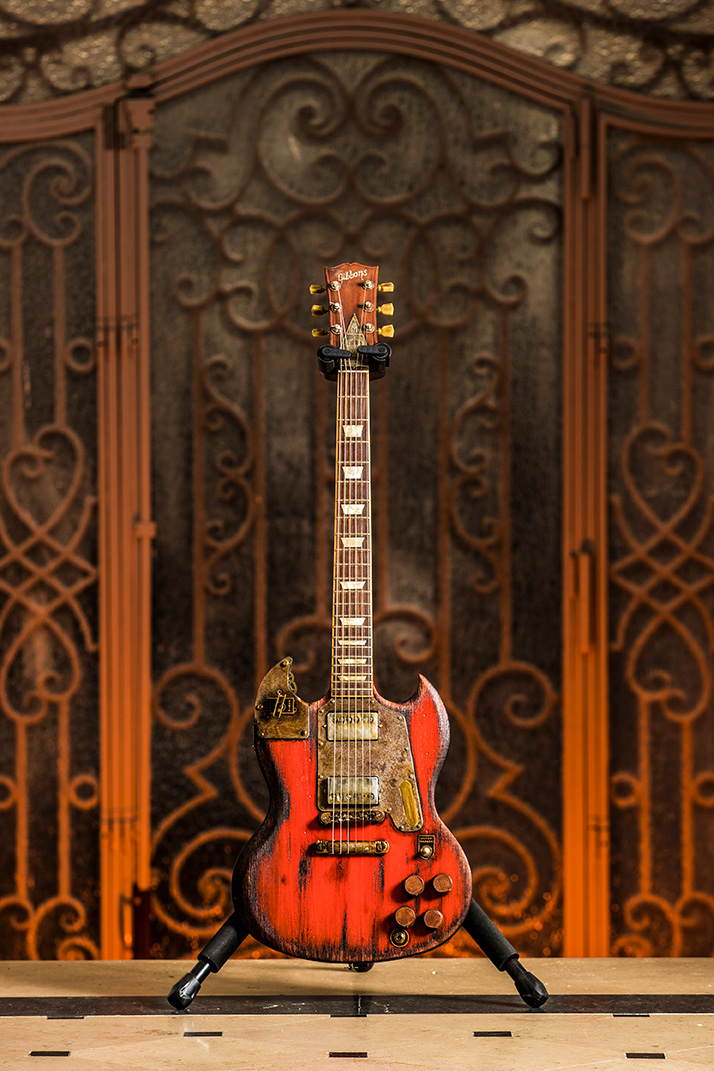 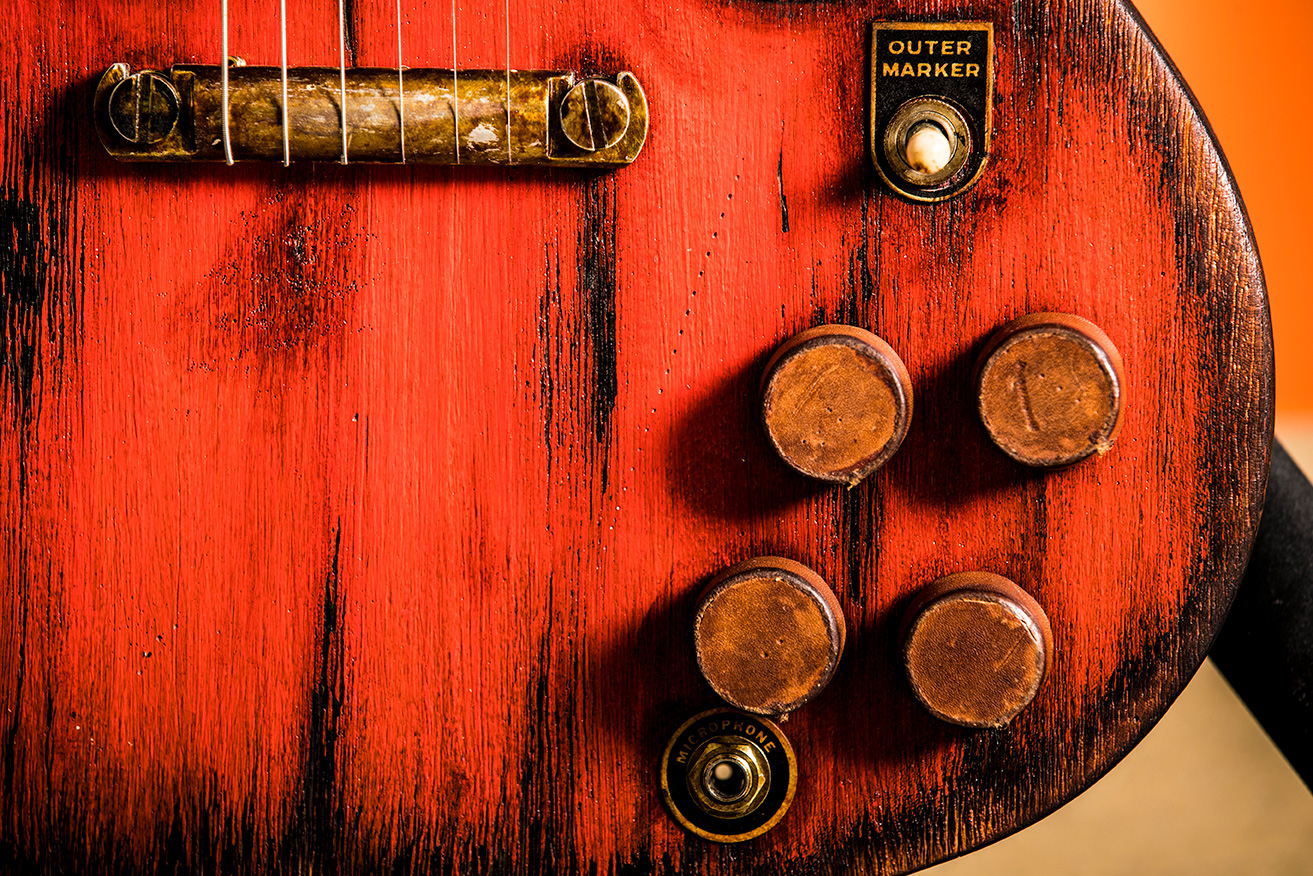 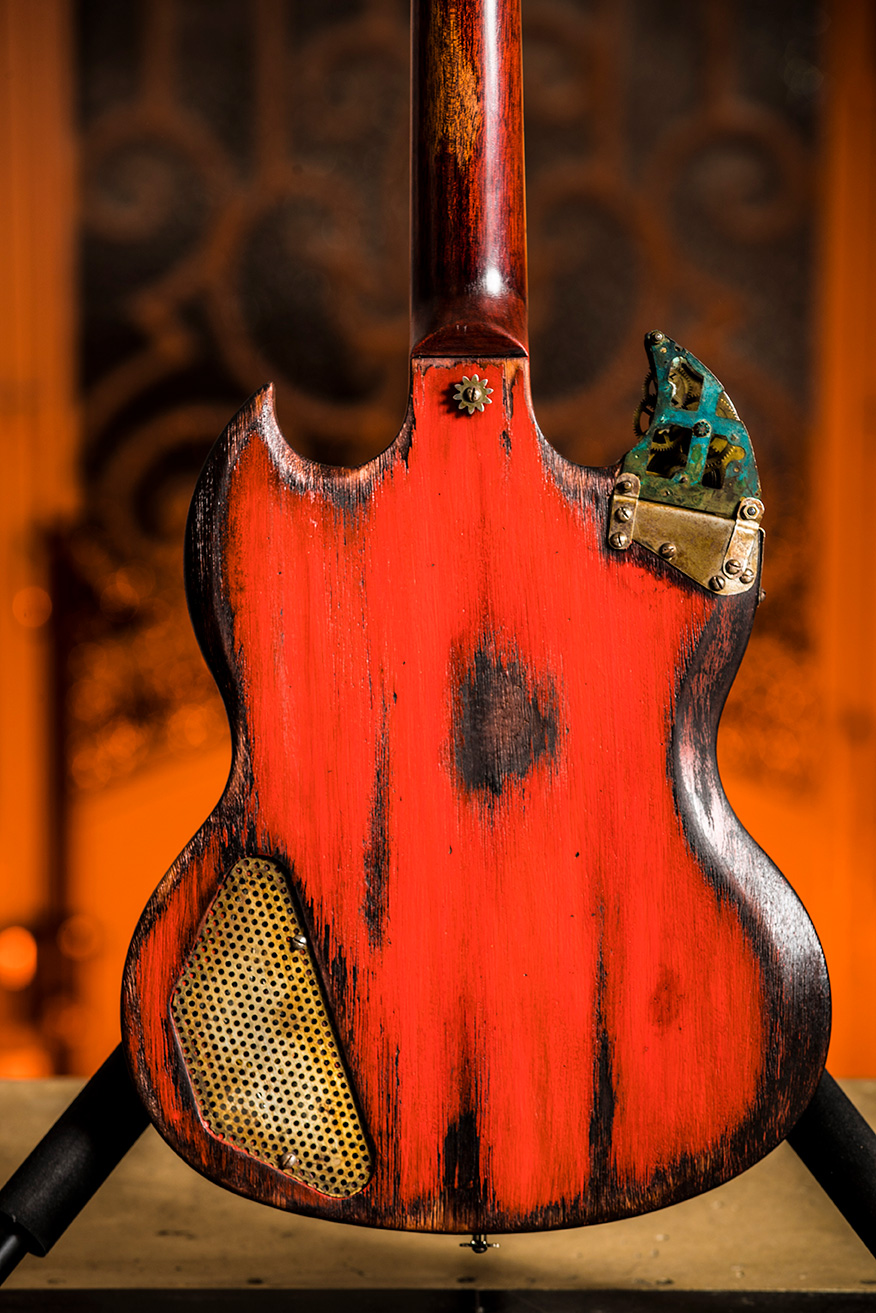 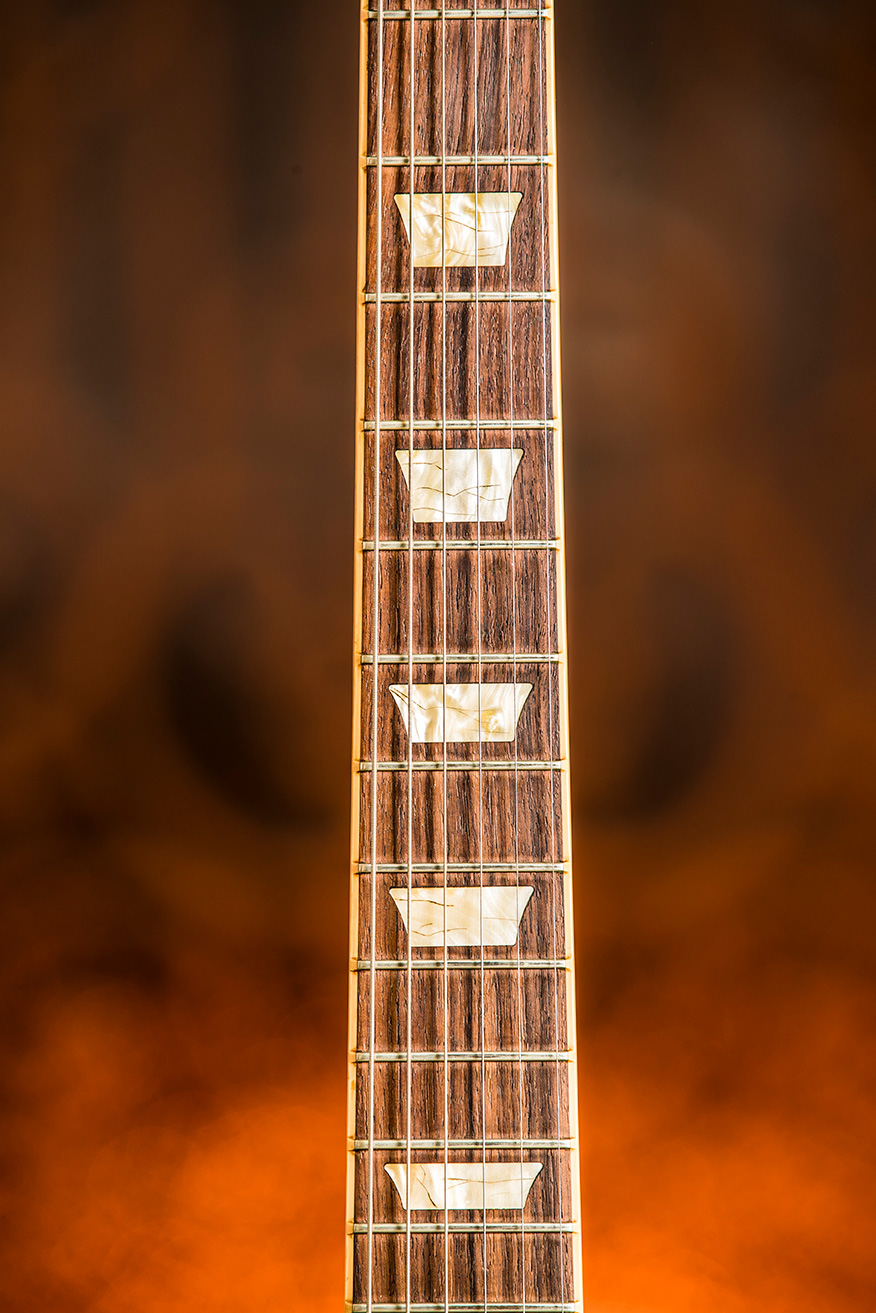 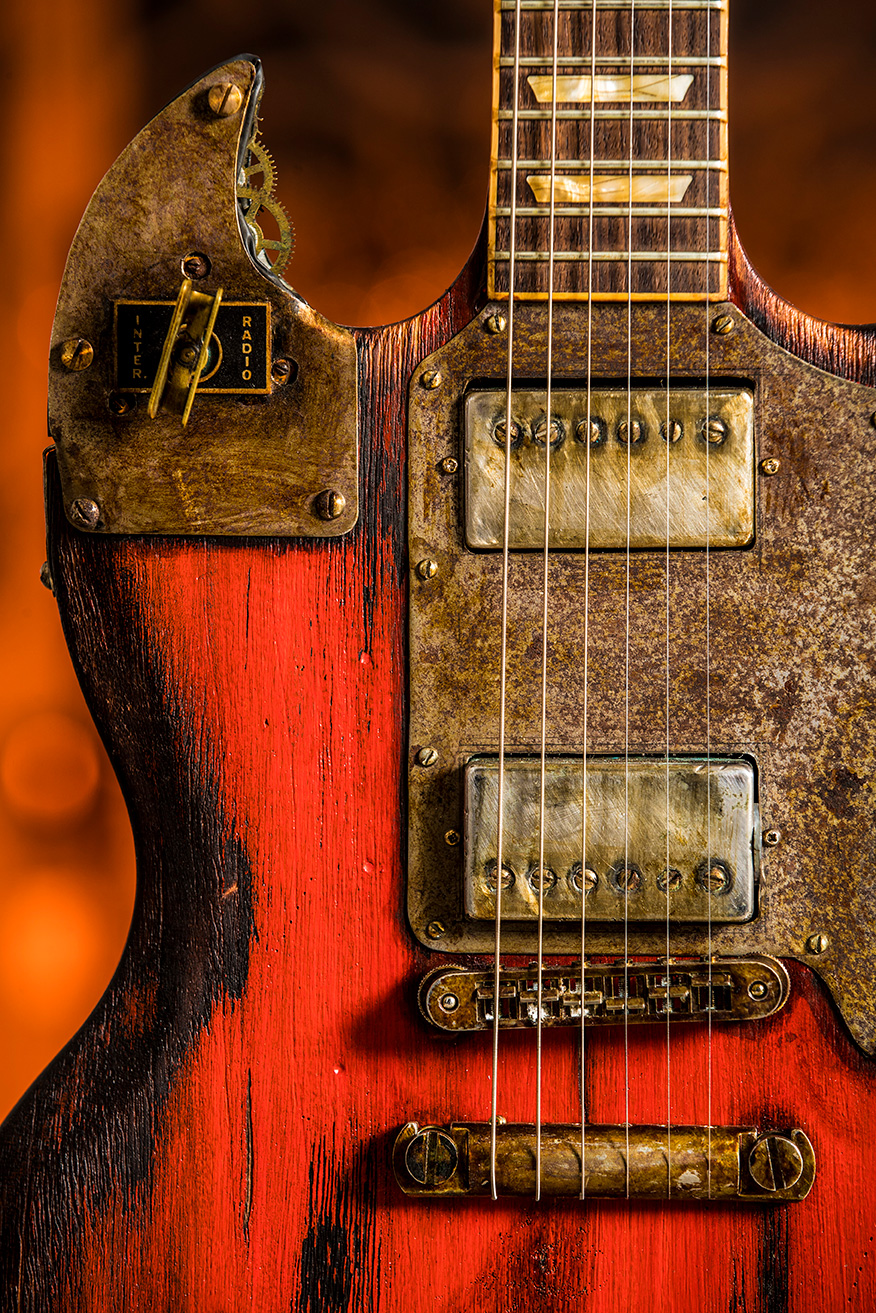 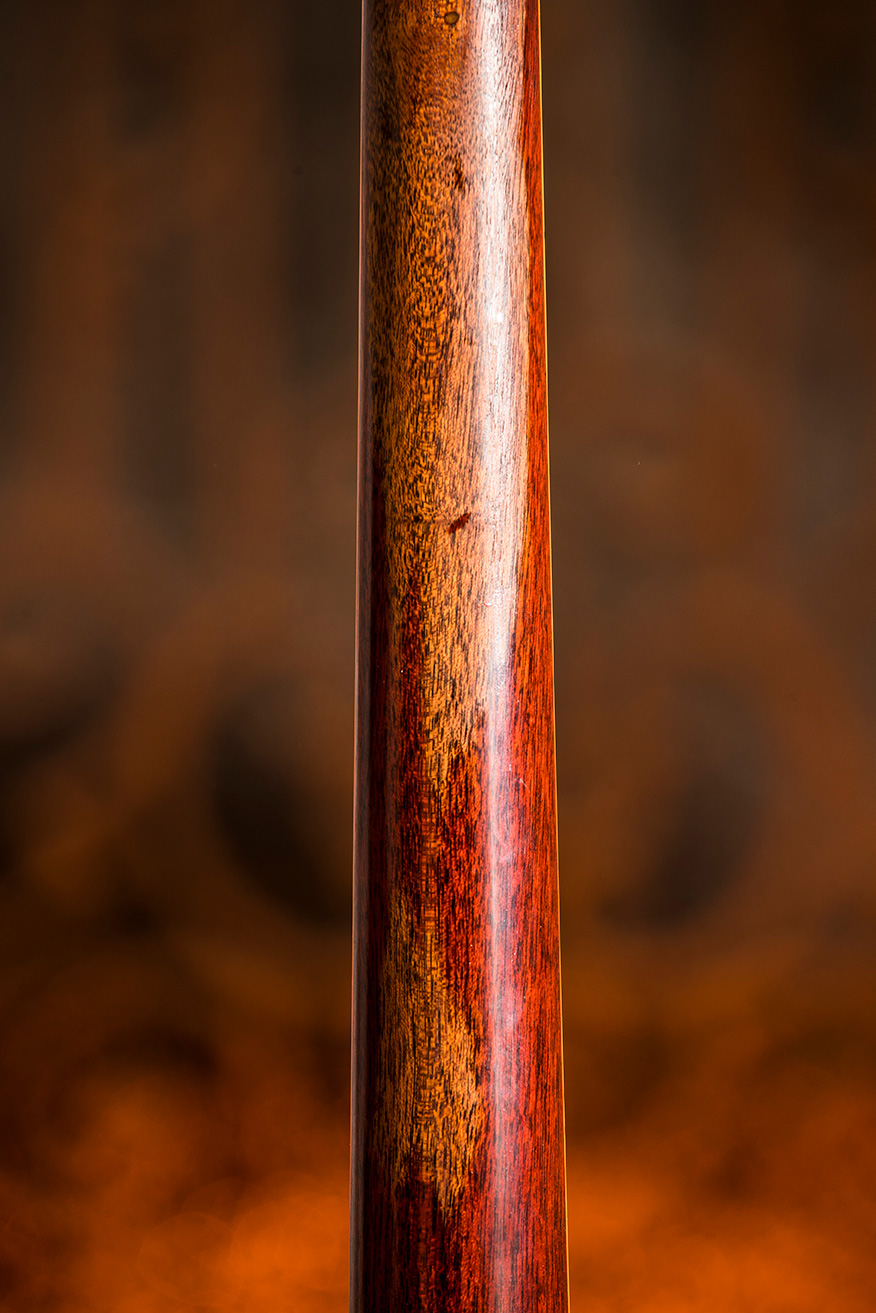 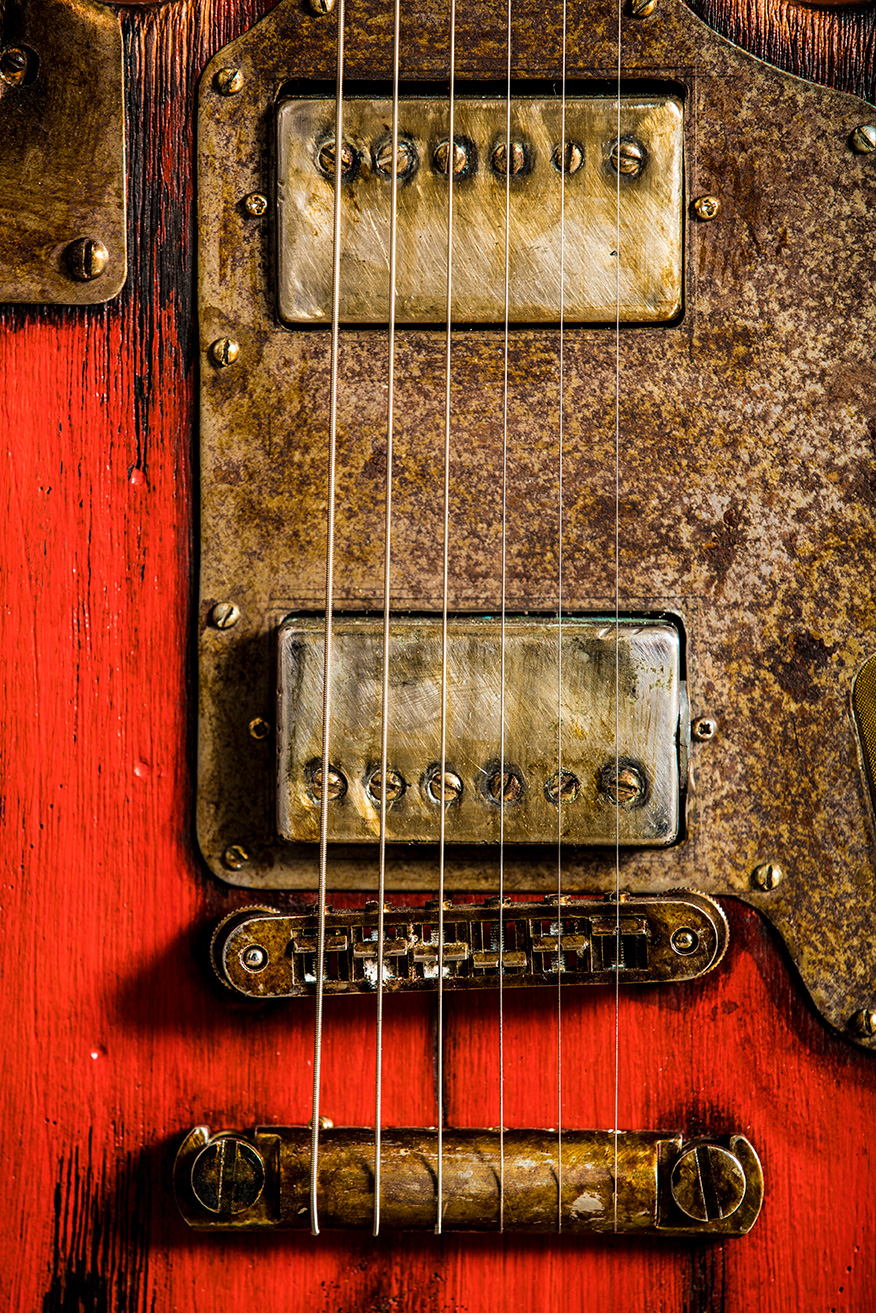