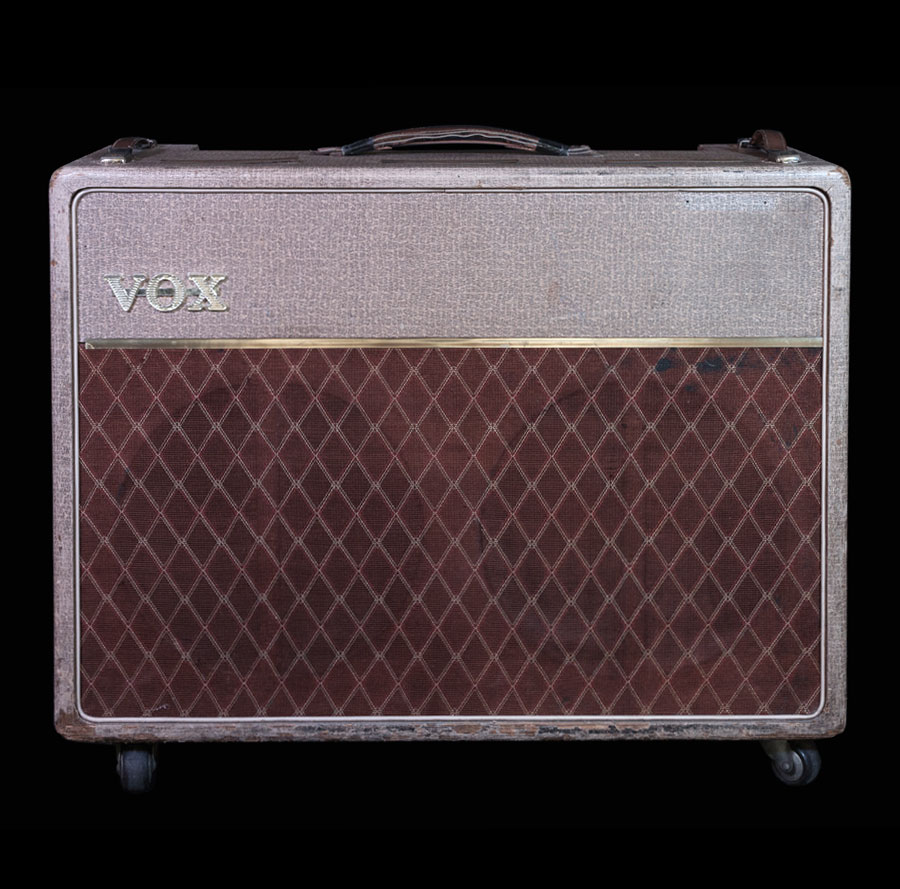 No other amp model is as universally lusted after as the AC-30. When talking about the Fender sound, connoisseurs can argue for hours between a tween, a brownface or a blackface. When talking about the Marshall sound, a plexi has to share its crown with the JTM45 and the JMP. On the Vox side of things however, the huge AC-30 reigns supreme.

That beautiful machine was designed in 1959 by Tom Jennings (owner of Jennings Musical Industry who made the Vox brand) and Dick Denney (the home engineer) to satisfy the request of the Shadows, the famous British band whose success was such that their AC-15s were not enough to hear themselves above the hordes of screaming fans.

The magic trick was simple: the early AC-30 was in fact a double AC-15 with four EL-84 power tubes instead of two, keeping the same EF-86 preamp tube that was hugely instrumental in making those amps sound like they do. This is how one of the best amps ever was born, a legend whose very impressive power is enough to doubt the diminutive thirty watts expected. Its unique Class A circuit creates a cream overdrive, very sensitive to the touch and harmonically rich when cranked up. Artists as diverse as The Edge, Rory Gallagher, REM and Brian May have used the AC-30 as the basis of their sound.

But no other band has done as much for Vox than the Beatles, who would always play AC-30s on their early hits. For their first recordings, the Abbey Road studio amp was a fawn colored AC-30 (rather than the black of the second era) with six inputs just like this one, which indeed dates back to 1963, the year the Beatles’ first album Please Please Me was released.

This sublime amp, whose color alone would be enough to get the most demanding collectors foaming at the mouth, is a transition model between two eras. Indeed, it has two inputs, whereas the first models only had four, but is doesn’t have the Top Boost on the back which would become standard in 1964. The two original speakers are the Celestion Alnico Blue, a truly important part of the legend, and the sonic result is undeniable: this AC-30 is the ultimate Vox amp.