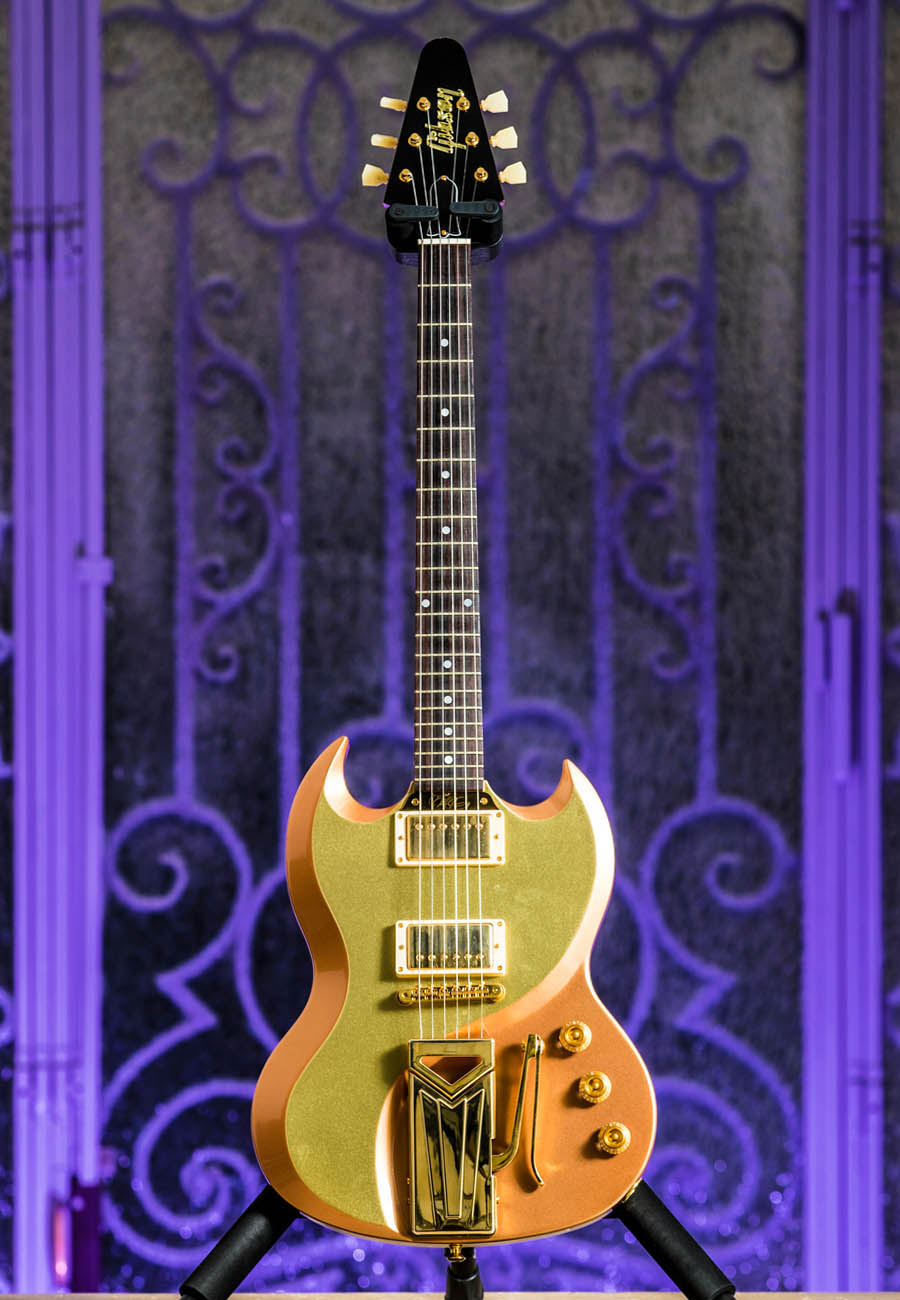 At Matt’s Guitar Shop we love a good guitar mystery. And mysteries can obviously be found on vintage guitars, but also when it comes to obscure custom shop exclusive limited runs. We already had one of these SG Ultimate in the collection, which makes our collection the only one who can boast having two among the very few Ultimates made by the Gibson Custom Shop. They have been custom-made for the Neiman Marcus catalogue, a high-end store based in Texas, and could only be ordered through them.

This is the first Gibbons-designed SG with a Flying V headstock, the one that showed the ZZ Top man how cool this mixture could get and convinced him to design a few more of those lovable monsters. This eccentric original has a two-level two-color top with gold hardware (including a very cool sideways vibrola), simple dot fretboard markers (no extra bling was needed), a backplate shaped like the state of Texas and BFG’s signature where the neck meets the pickup, were the Les Paul name would have been on the very first SGs.

Here’s where the mystery lies: this is Prototype number 2, and the other one we have is prototype number 3. On #3, the serial number has been handwritten with a sharpie on the back of the headstock. On this #2, it has been stamped. We were able to track down number 1, on which the number has been stamped, and number 5 on which it has been handwritten. This raises many questions: how many of these are there out there? Are they all numbered as “Prototypes” or have there been actual non-proto models? And which ones are handwritten or stamped serials? We’d love to know, just for the sake or guitar geekdom. 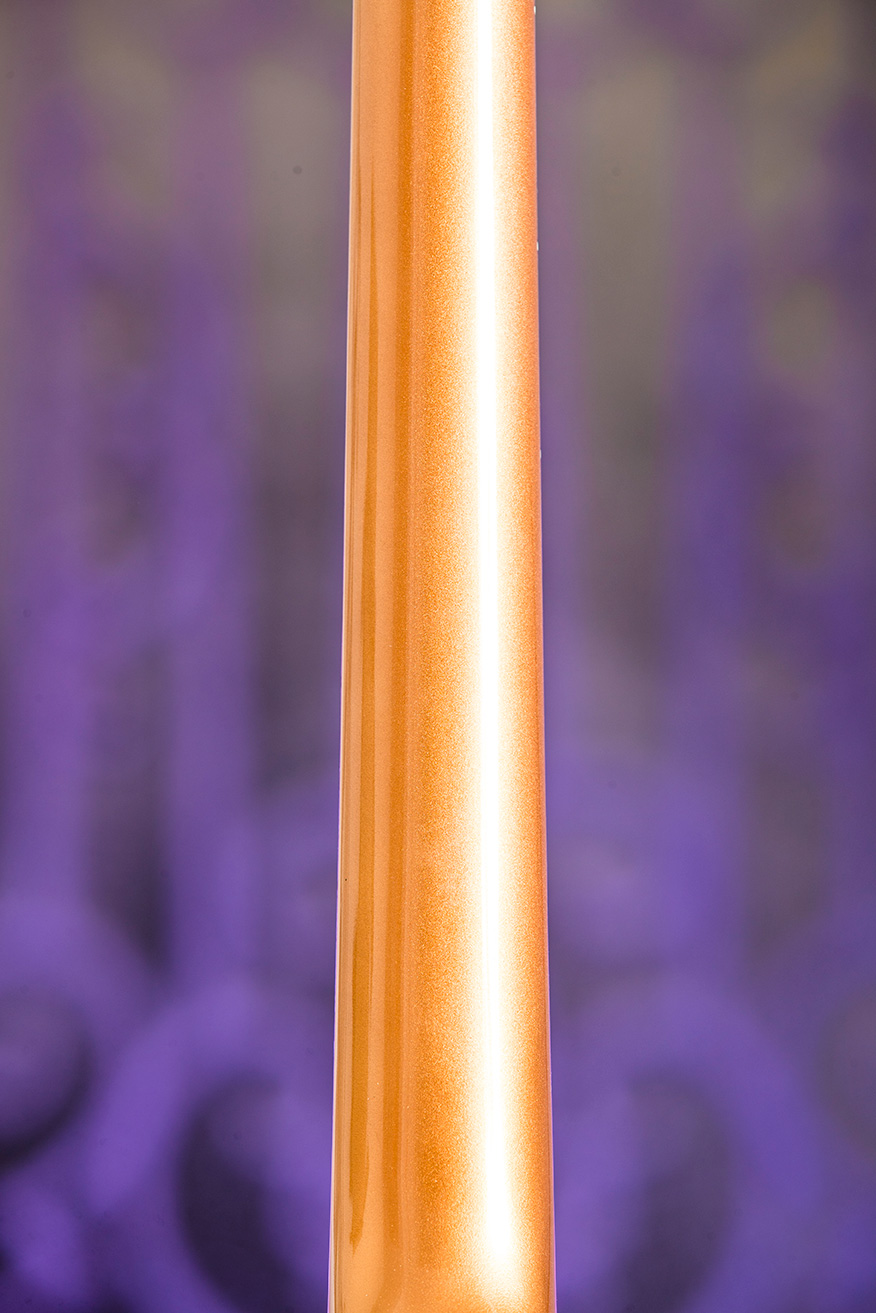 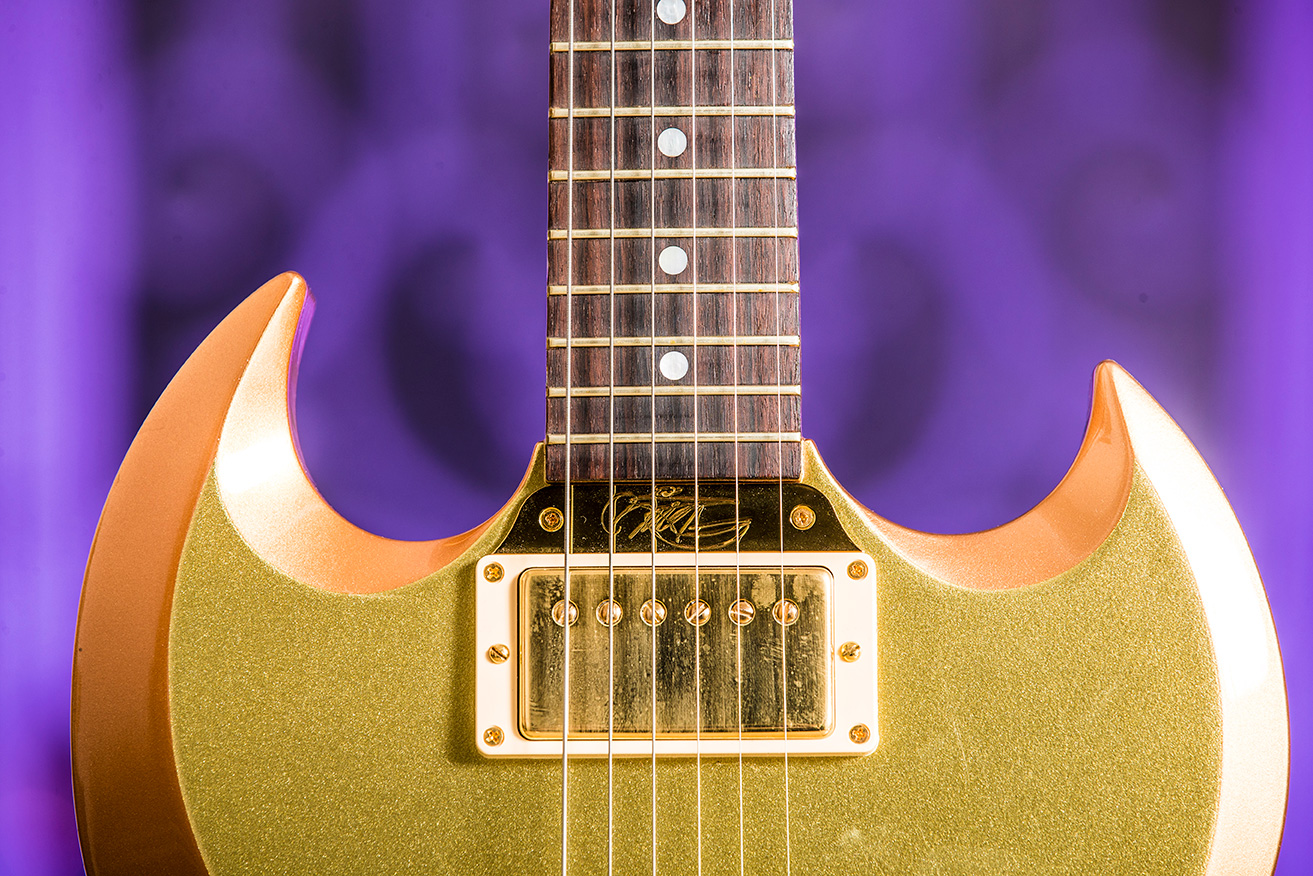 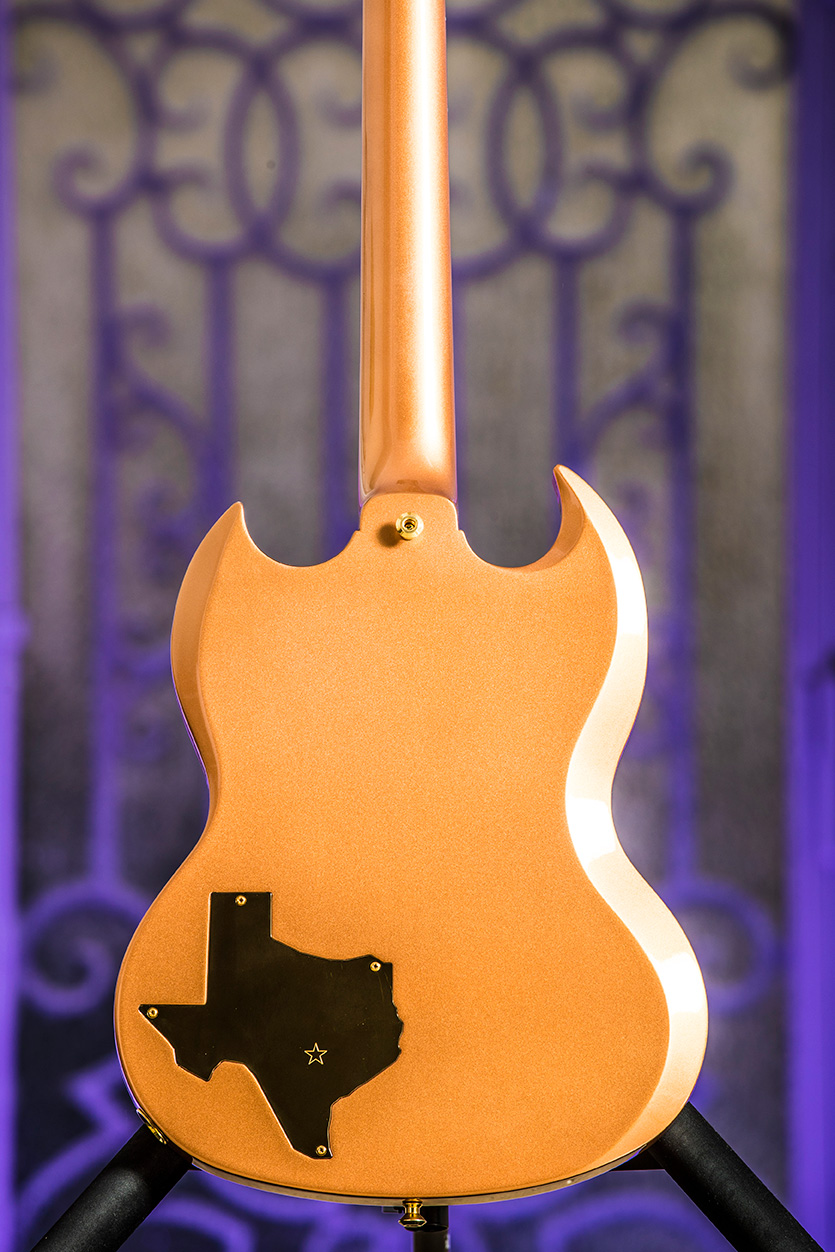 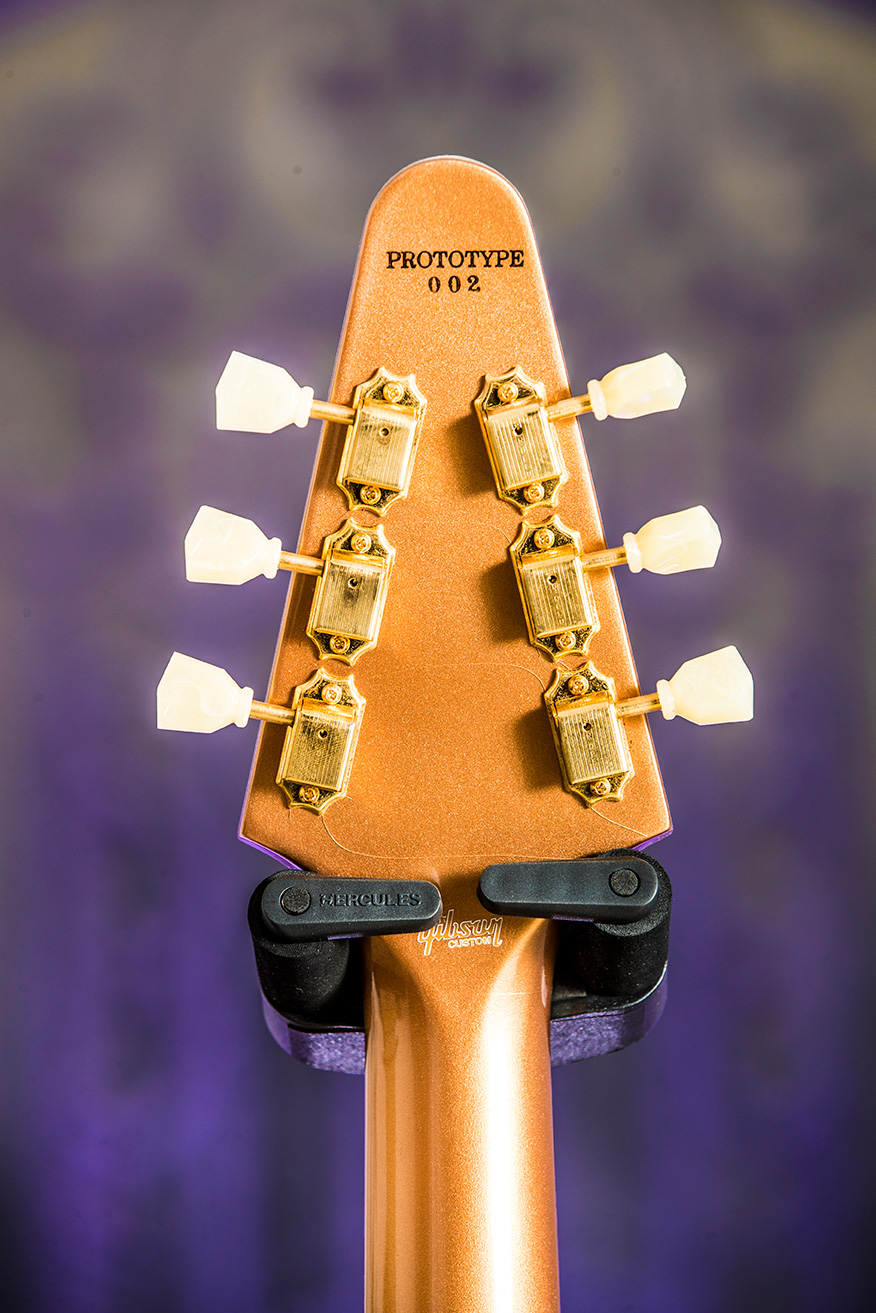 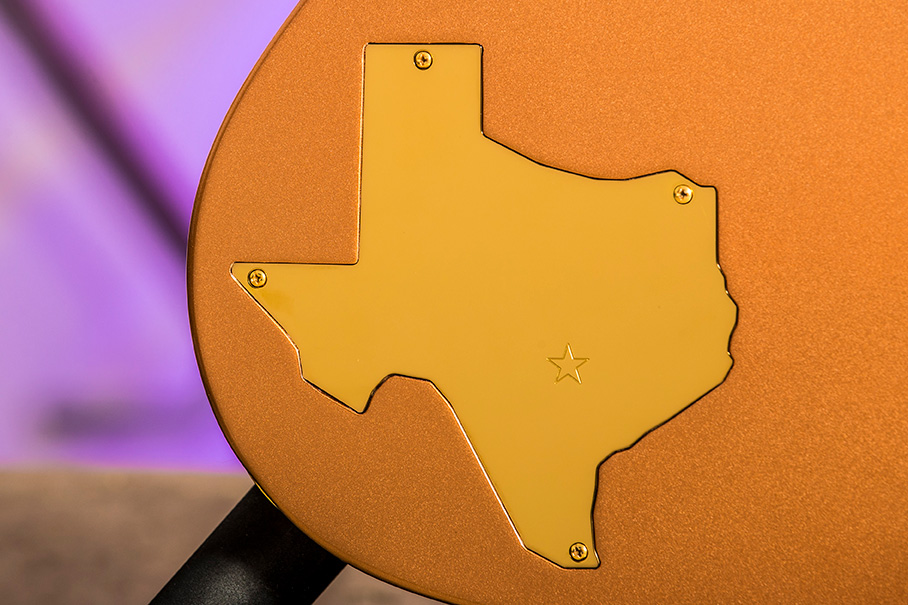 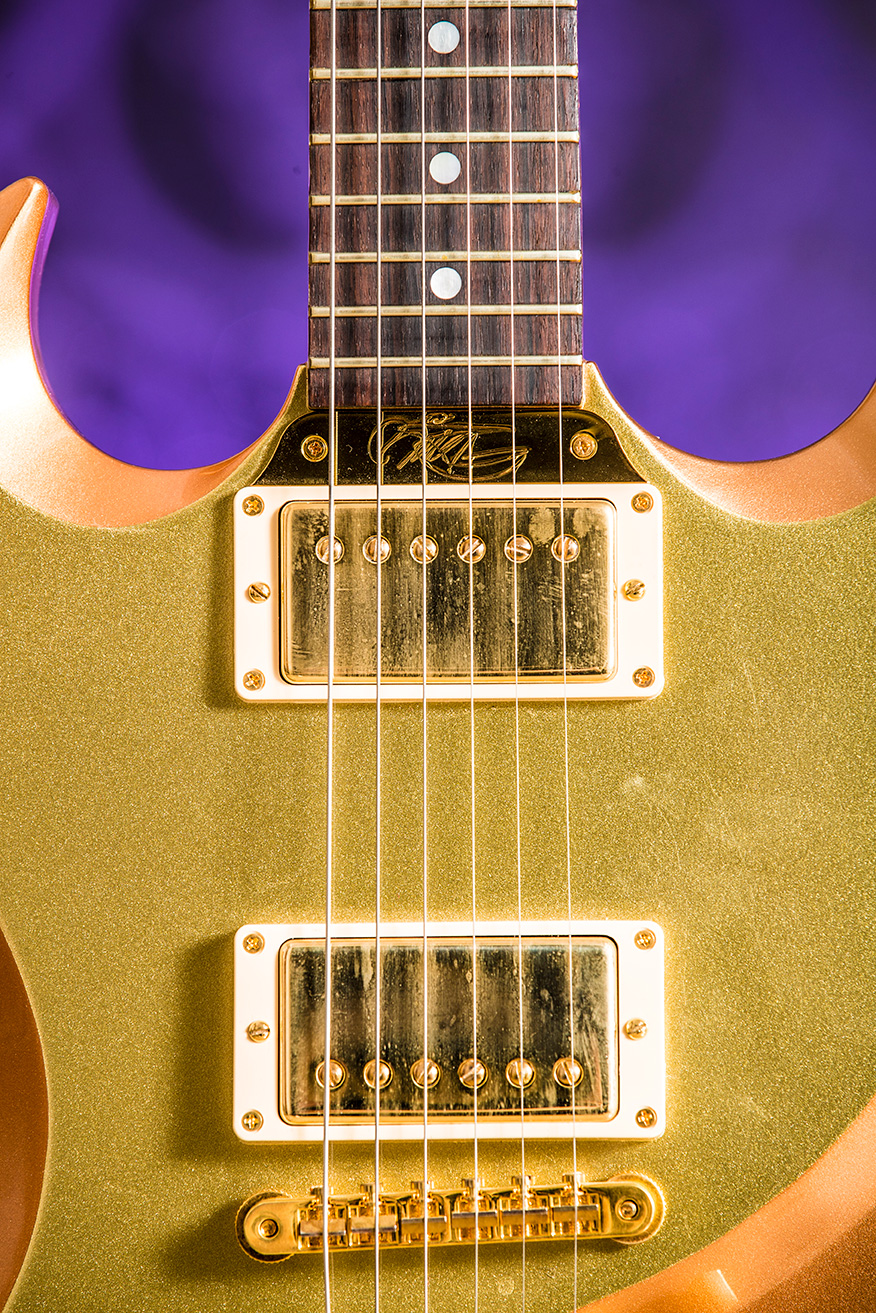 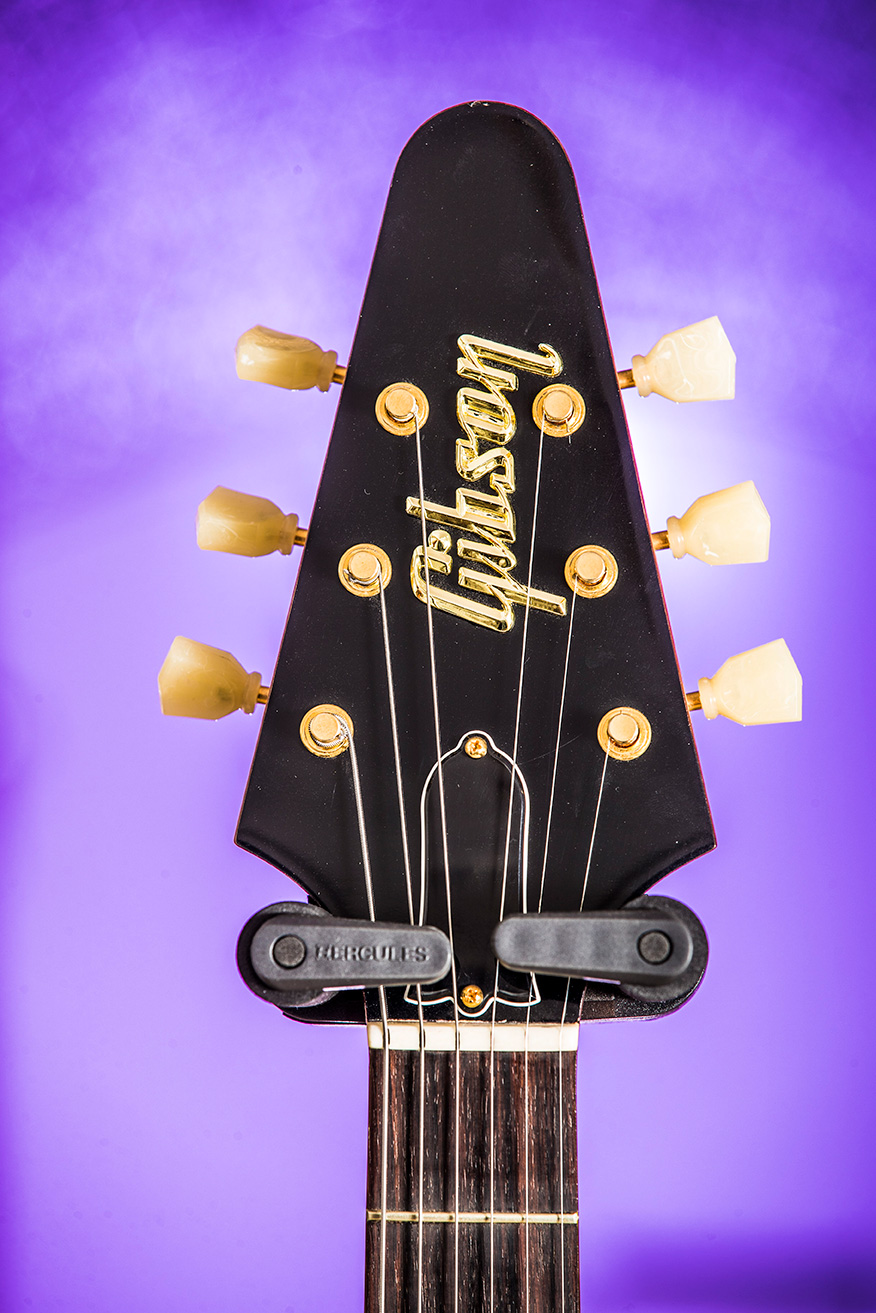 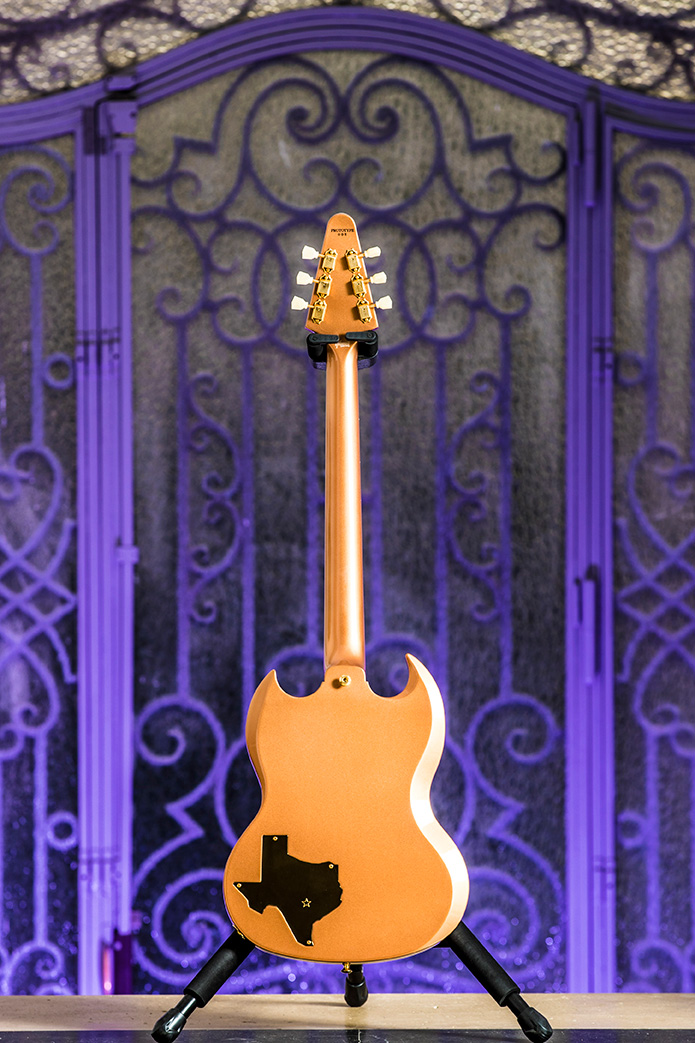 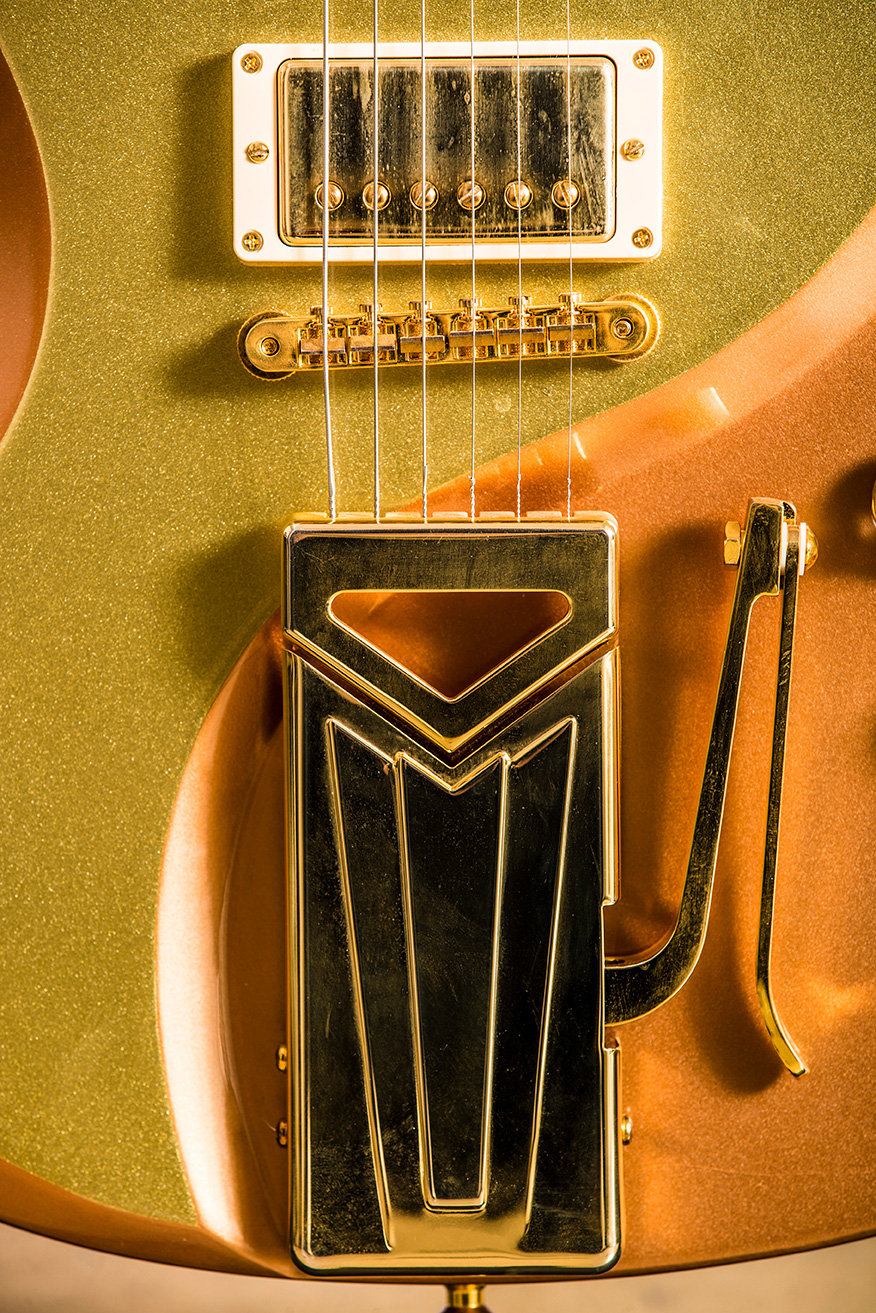 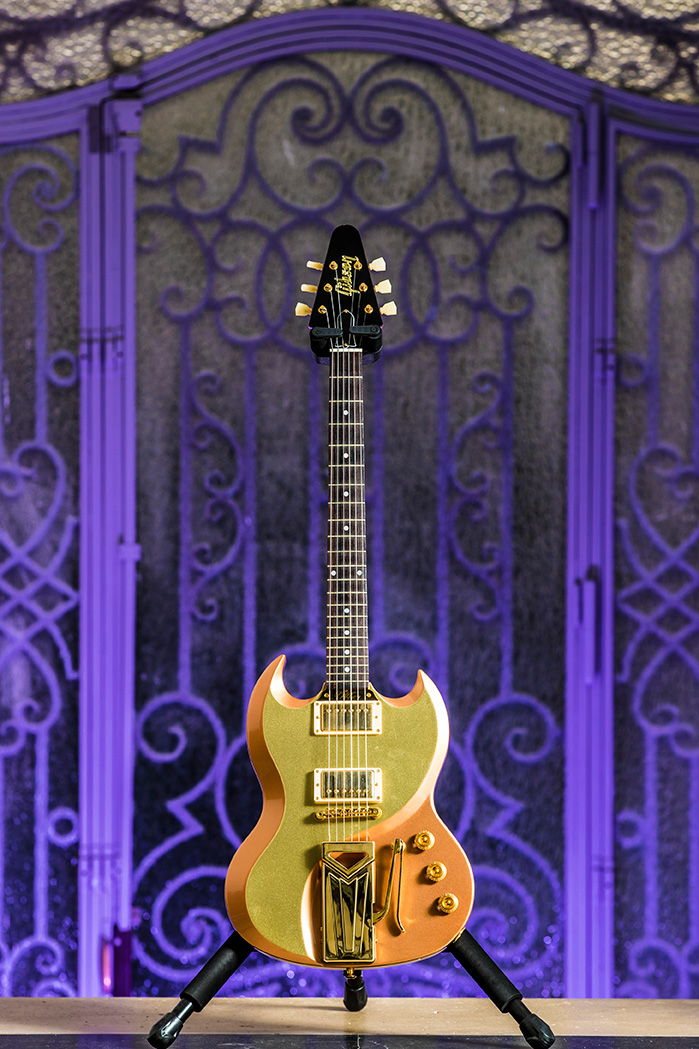 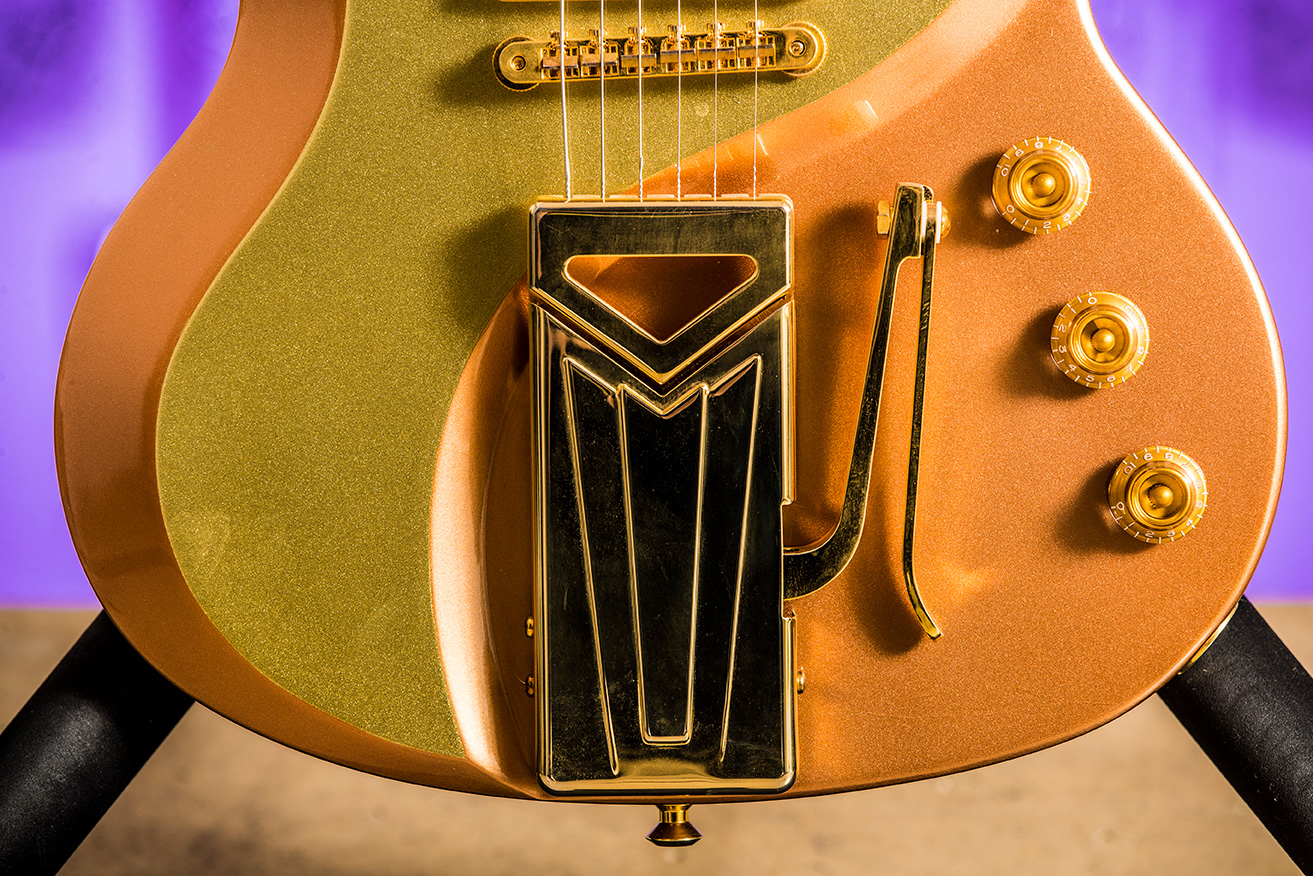 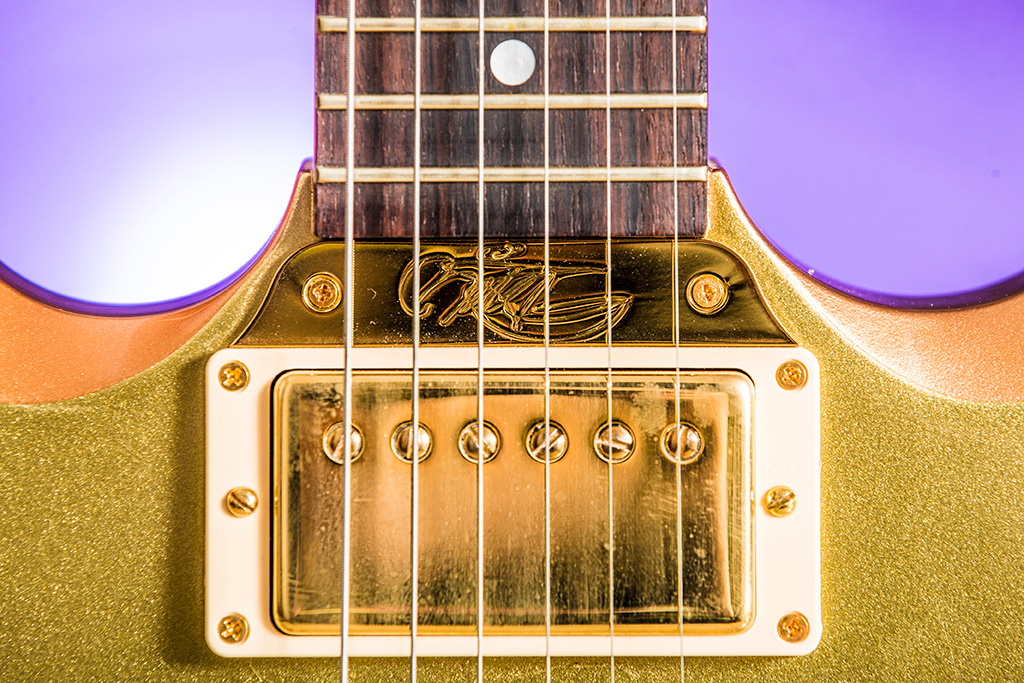 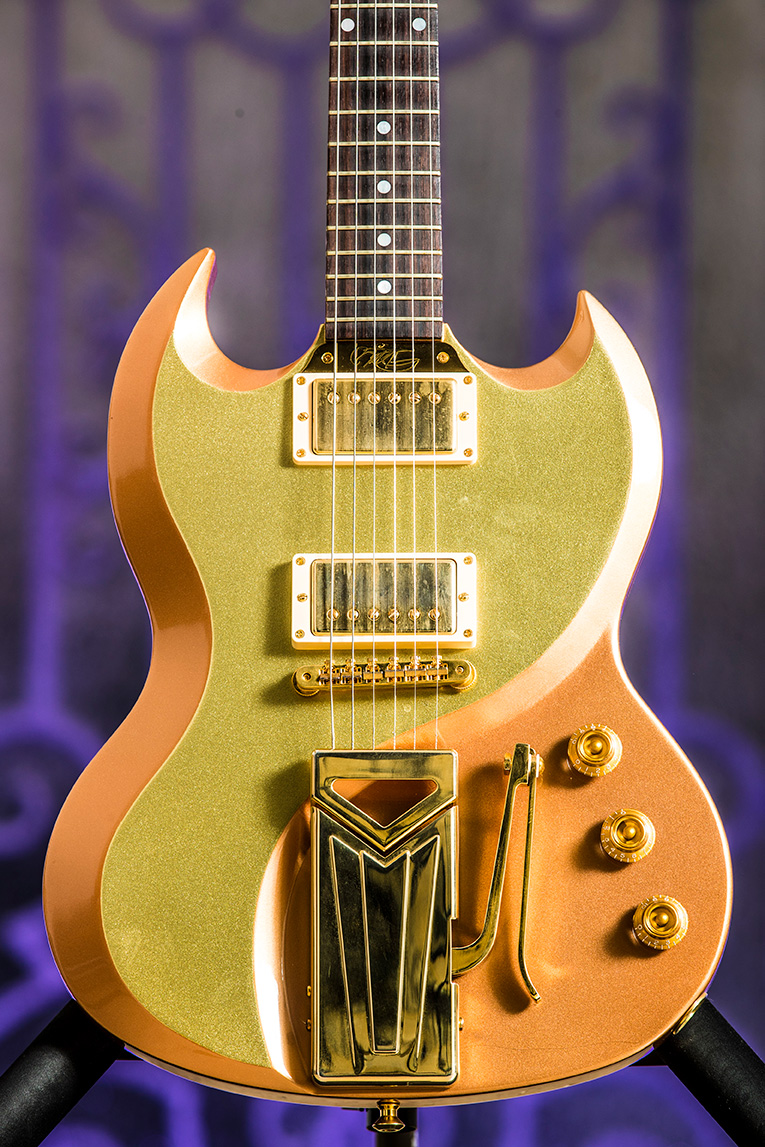