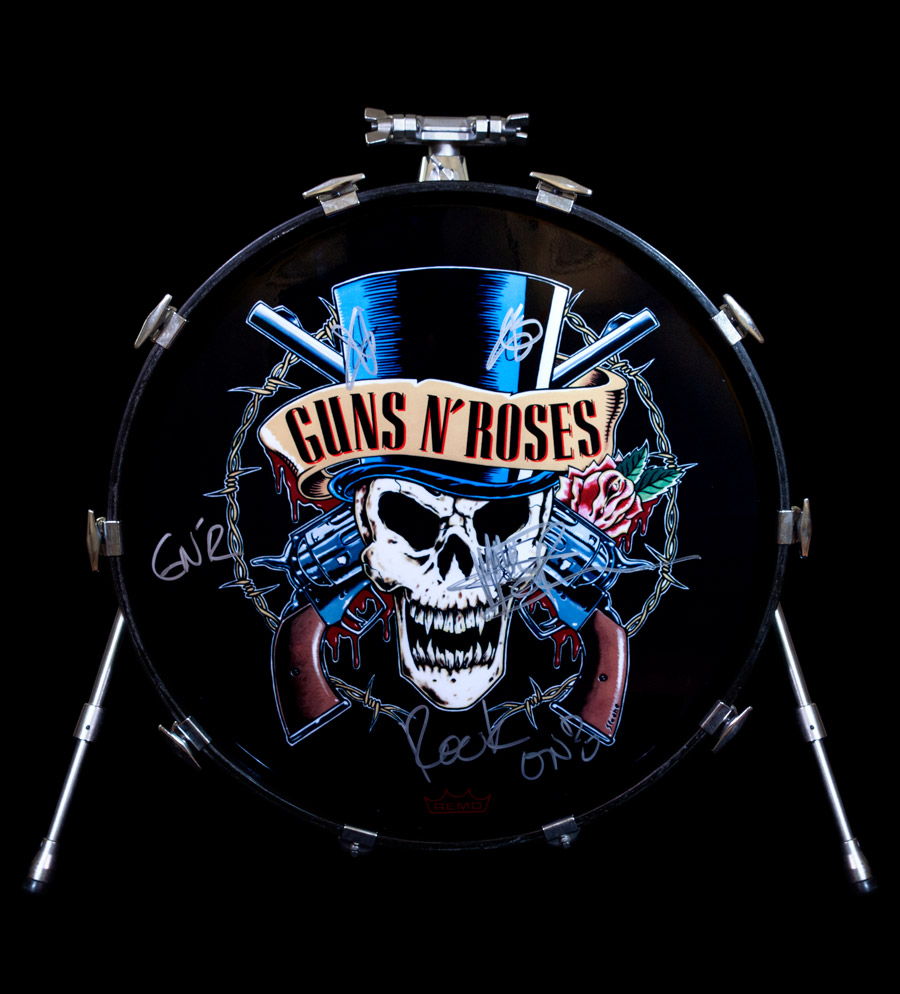 The Guns N’ Roses’ Use Your Illusion Tour is the culminating point of immoderation and excess for what was the biggest hard rock band in the world back then. 194 shows, two years and a half on the road, and no less than 27 countries. That historic tour started a few months before the corresponding album came out, as early as January 1991, and took the band in front of about seven million fans. The Guns were the kings of the world, the most important band of the era.

That tour also was Matt Sorum’s baptism by fire. The first drummer in the band, Steven Adler, had been fired when the Use Your Illusion sessions started since his addictions were preventing him from playing correctly. Sorum, who was playing in The Cult before that, stepped in just in time to record the album. He is partly responsible for the band’s sound shift from hard rock to heavy metal with a stiffer feel from one album to the next.

The Use Your Illusion drum sound is still a great example of how huge drums can get in the studio, the end of the race towards the biggest snare and tom sound. For those sessions, Sorum used a high-end Yamaha kit, the Rock Tour Custom. This model has only been made between 1990 and 1994, bringing together birch and mahogany covered in resin for a powerful and aggressive sound. Sorum’s setup was pretty simple and very rock-oriented, with a 24” bass drum, a single square medium tom of 16” by 16” - one of the typical specs of those series- and two floor toms of 18” and 20,5”.

Given the enormity of the Use Your Illusion stage and the huge amounts that it would cost to haul all their gear across the sea, the band put together several rigs for different continents. This drum kit was the Europe kit. As such, it is the one Sorum played for historical concerts such as the Tribute to Freddie Mercury in Wembley Stadium or the Hippodrome de Vincennes concert, a show that was broadcast in pay-per-view throughout the world with guests like Lenny Kravitz, Steven Tyler and Joe Perry. To put it simply, this drum kit has been part of one of rock’s biggest tours for dates that will forever stay with the fans who were lucky enough to be there. 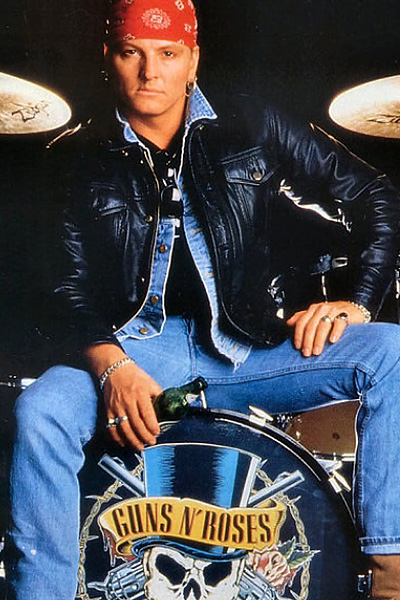 Band: Guns n’ Roses
Compulsory listening: You Could Be Mine

If Matt Sorum had followed the path that was opening to him when he started his drumming career, the world of hard rock would have been very different. Indeed, in 1988, he played on Y Kant Tori Read, the first discographic attempt by Tori Amos, disowned by its creator since then. Sorum could have kept playing with Amos and specialize in synthetic pop, but he joined British hard rockers The Cult for the tour that followed the great album Sonic Temple.

At this time, the Guns n’ Roses were also looking for a new drummer. Back then, the biggest band in the world had just finished a colossal tour following their classic Appetite For Destruction and they were getting ready to get in the studio and record its follow-up. Their historic drummer, Steven Adler, was fighting his addictions and finally got fired from the band after thirty attempts at recording the song “Civil War”.

Slash remembered the drummer he had seen with The Cult a few months prior, and Sorum became part of the big machine just in time for his huge toms and snare to appear on the 29 remaining songs from Use Your Illusion. When he joined the band, he pushed its music in a heavier and harder direction. Incidentally, that musical evolution was a perfect match for the stadiums that the Guns n’ Roses were selling out. The tour that followed remains one of the biggest and longest of all time.

After those 194 concerts, the band had a hard time re-building their connection and slowly grew apart while recording The Spaghetti Incident in 1993, a cover album that would be their last album together. Several members of the band decided to start side projects where they could blossom creatively: Slash’s Snakepit for Slash and Neurotic Outsiders for Duff McKagan. As the ultimate proof of trust and brotherhood, the both picked Sorum on drums. It was only logical that Sorum would also become part of Slash and Duff’s new band together, Velvet Revolver. However, he wasn’t part of the Guns n’ Roses reunion in 2016, much to the fan’s chagrin. Instead, Sorum is playing with many prestigious artists like Motorhead, Billy Gibbons, Hollywood Vampires or his all-star project Kings Of Chaos, both in the studio and on stage.