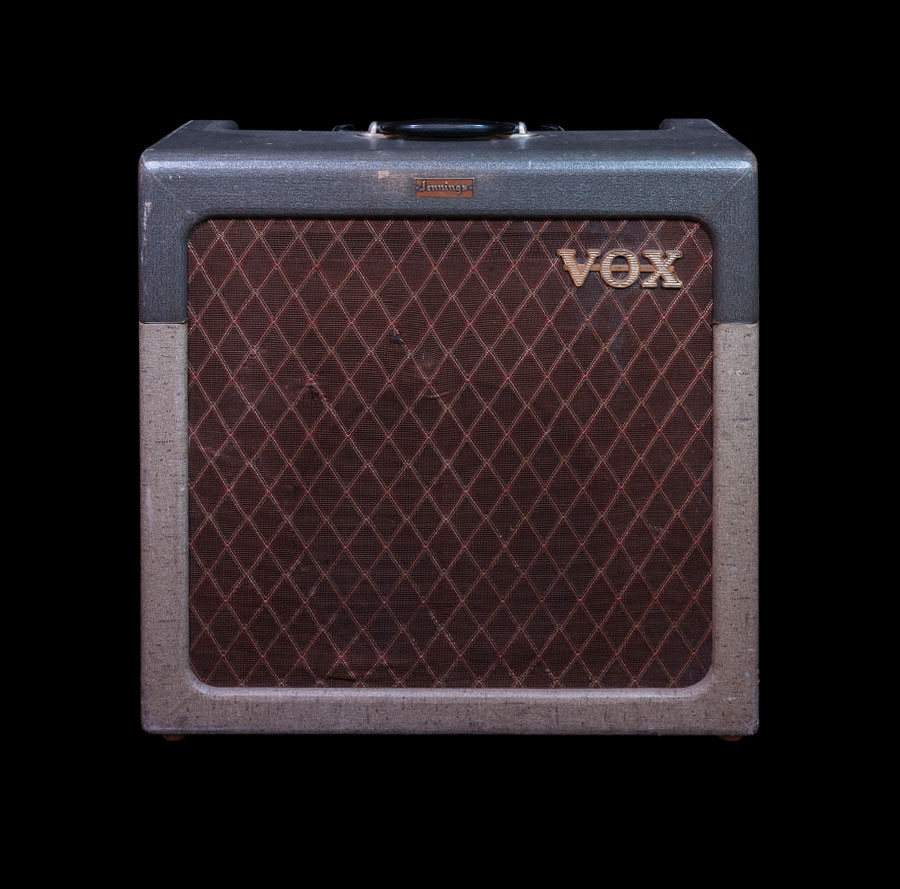 The AC15 changed everything. Before that little amp came out in 1957, guitarists were using amps featuring circuits taken from hifi products, from PAs or even from accordion amplifiers. When Tom Jennings asked Dick Denney to design the AC15, he specifically asked him to create a model that would flatter the musical personality of the electric guitar. Therefore, the AC15’s circuit is completely different from what came before and it doesn’t sound like Fender tweeds at all.

Three major elements made a difference: the use of EL84 power tubes - tubes that saturate quickly with a rich and complex harmonic content - the absence of a negative feedback that allows those harmonics to be more reactive, and the auto-biasing of the tubes. Fenders had been designed to stay clean and distort as little as possible, but Voxes already had in mind the twisted use that rock’s wild guys would make of them.

Ok course the Brits were immediately smitten with Vox amps, especially given how rare Californian products were in post-war England. The Shadows, Cliff Richard’s backing band, quickly got turned on to Vox and became the most important ambassadors of the brand.

Incidentally, this AC15 from 1959 used to belong to the fan club president of the Shadows, and some say it belonged to the Shadows themselves, and therefore would have amplified notes by Hank Mavin or Bruce Welch. Vox amps with a two tone finish are extremely rare, and any information about them is quite hard to come across. Some say they were made for the endorsees, others say they were used for the Vox showroom, a third theory being that they were regular products made in really small quantities between late 1959 and early 1960. Cranking that amp up is enough to fully appreciate Jennings and Denney’s vision: very few amps can produce such a rich and musical crunch.