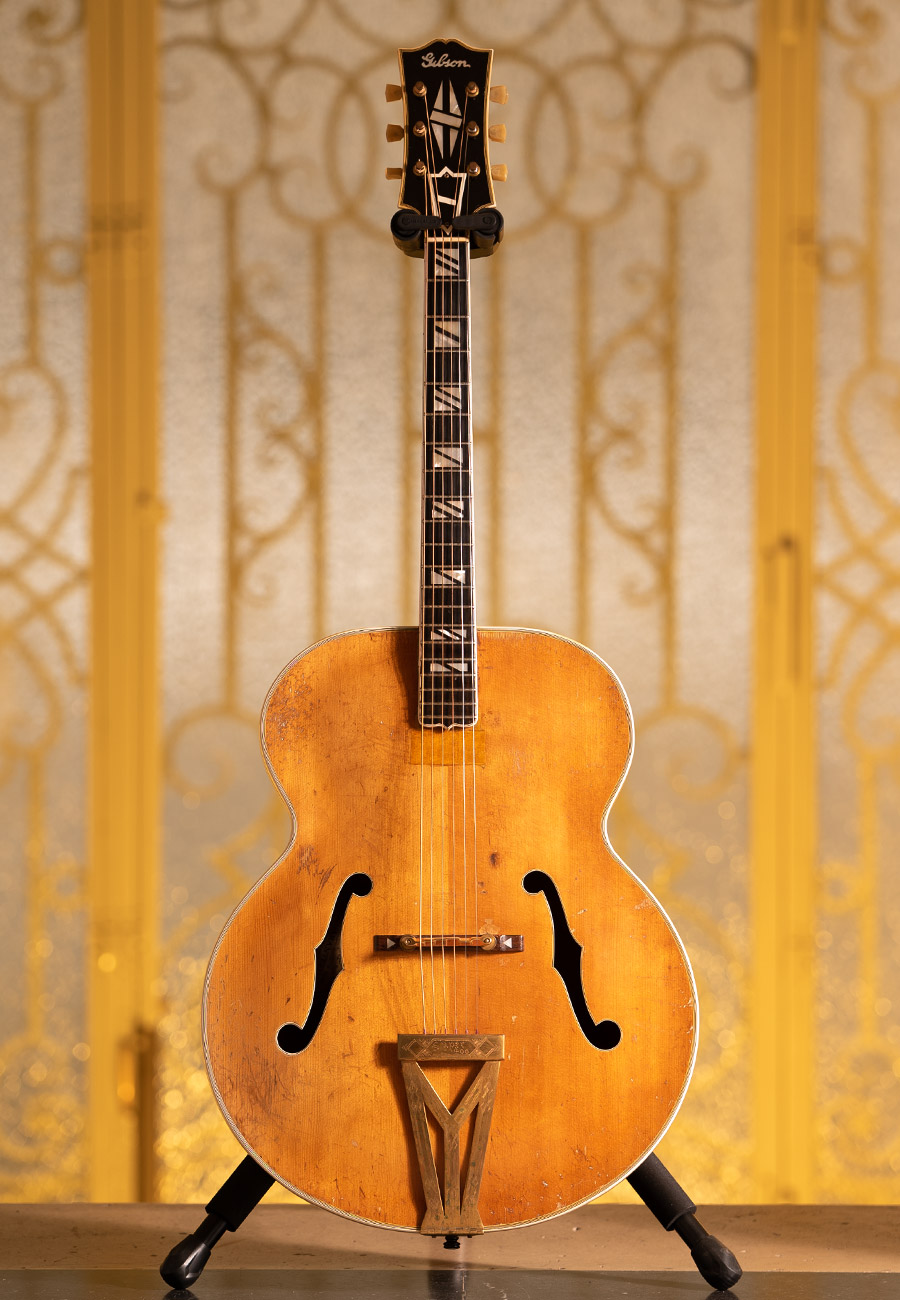 The Super 400 is the absolute Rolls Royce is the Gibson catalogue. Even bigger than its sister the L5, the 400 is the ultimate archtop, the one that has influenced such canonical luthiers as Stromberg and D’Angelico. When it was launched in 1934, that luxury piece cost a hefty 400 dollars, the equivalent of 7500 dollars in 2019, an even more dizzying price given the crisis that had destroyed the American economy. Very few musicians could afford to invest in such a high-end instrument.

To this day, the elongated headstock and the typical fretboard markers of the Super 400 are usually enough to impress the most jaded of guitar enthusiasts.

If you’re a true blues fan, you might have seen it before. It is the Super 400 that Johnny Winter plays on the cover of his 1992 album, Hey Where’s Your Brother. He could usually be seen with a Firebird or a Steinberger, but Winter fell in love with the dry rootsy sound of that treasure of a guitar and recorded Blues This Bad with it.

Then that Super 400 went to another slide guitar legend, the prodigious Derek Trucks. He was lended that guitar between 2008 and 2017, and during that decade he used it a lot for his songwriting. That beautiful blonde has inspired him the song Hear Me from the 2016 Tedeschi Trucks Band album, Let Me Get By.

That Super 400 is far from mint : the bridge has been changed, it has been refretted, and it’s plain to see that a humbucker has been installed and removed, leaving a gaping hole in the top that has been refilled. But one thing is certain: that guitar has inspired a few great musical moments to two blues geniuses, and it probably has a few great songs left in it. 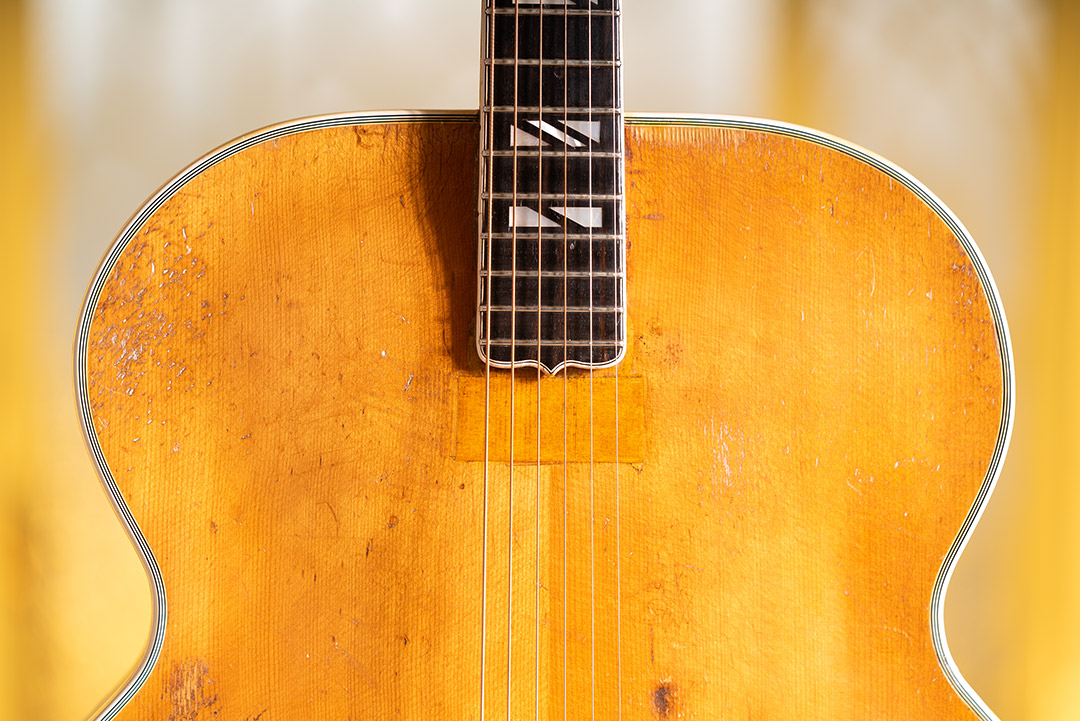 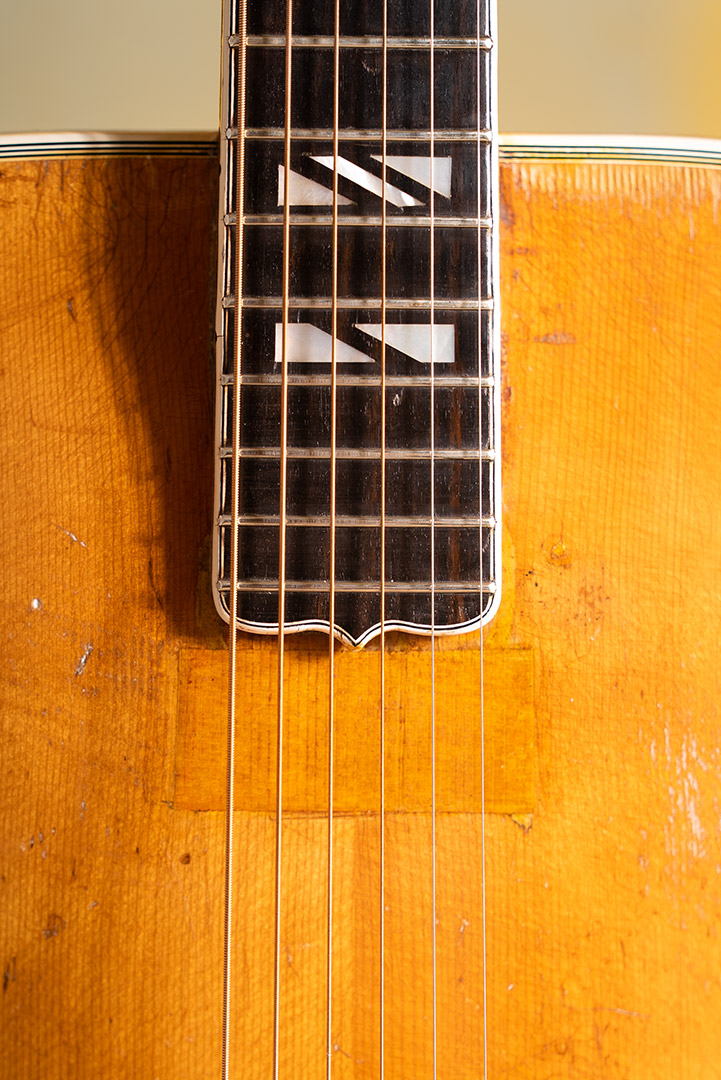 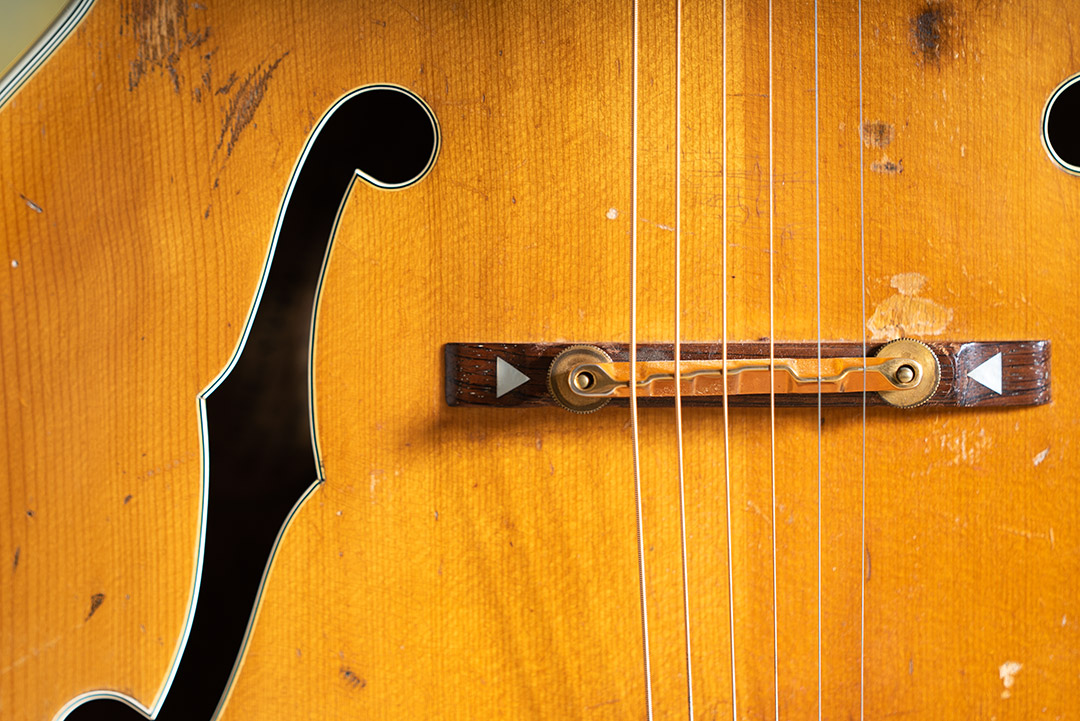 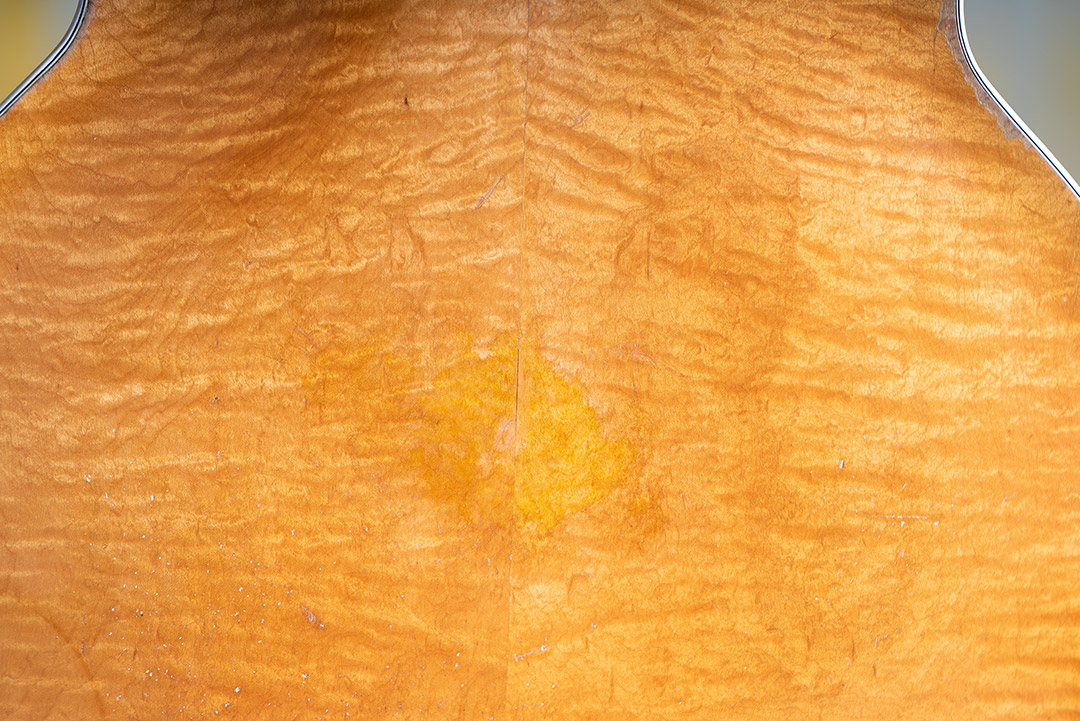 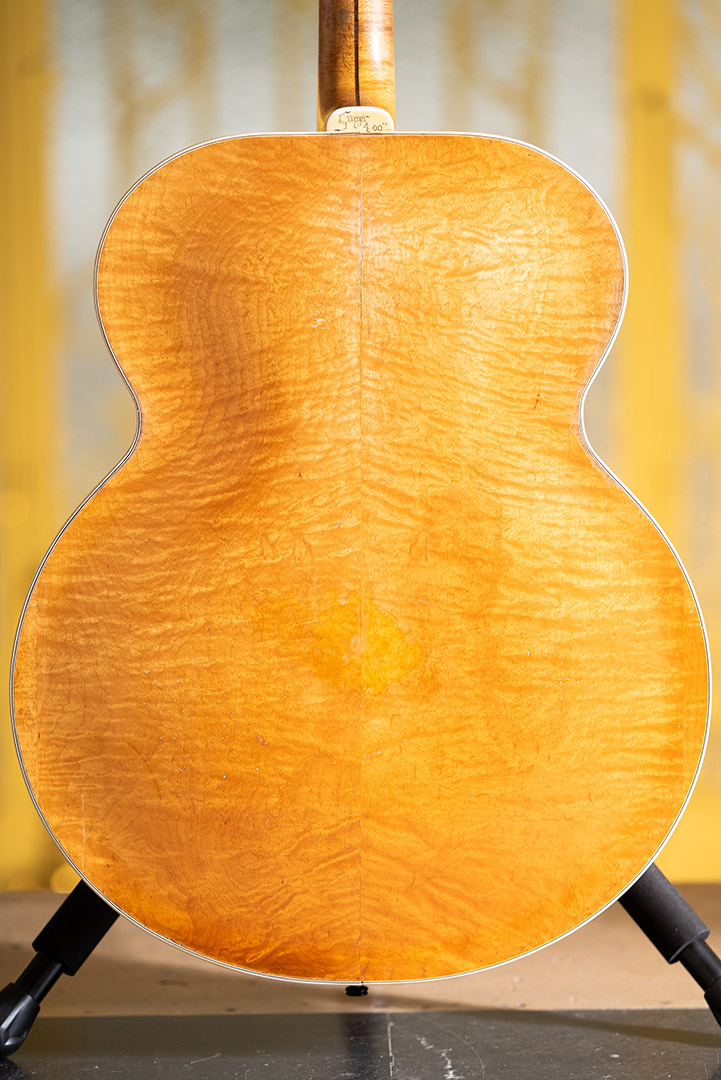 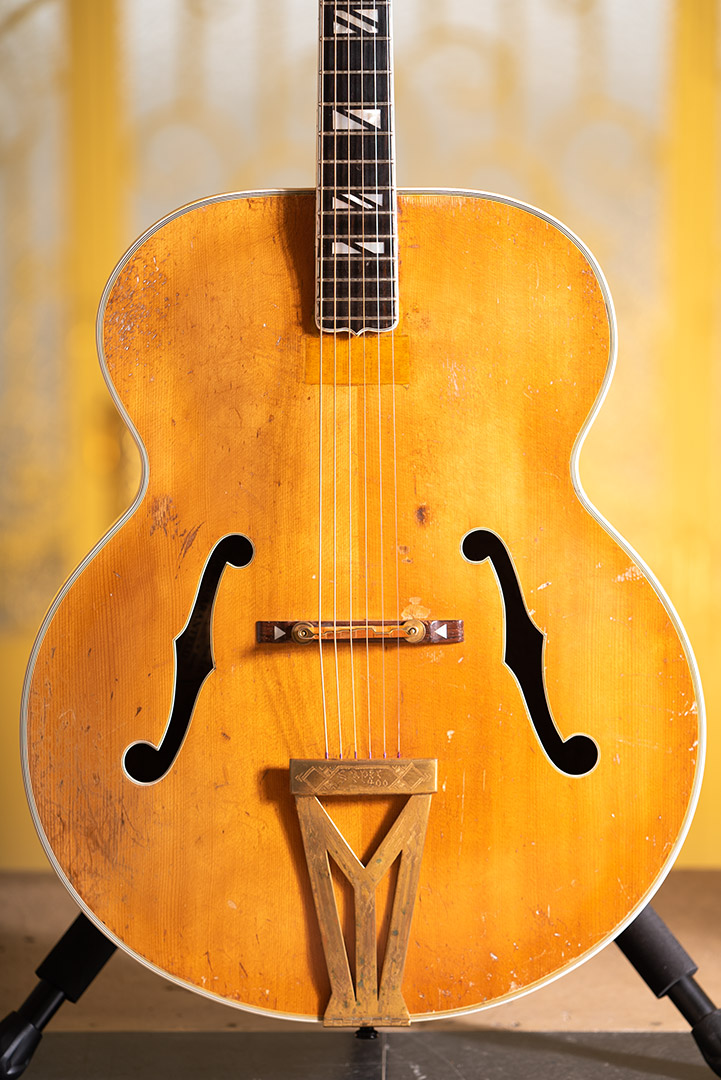 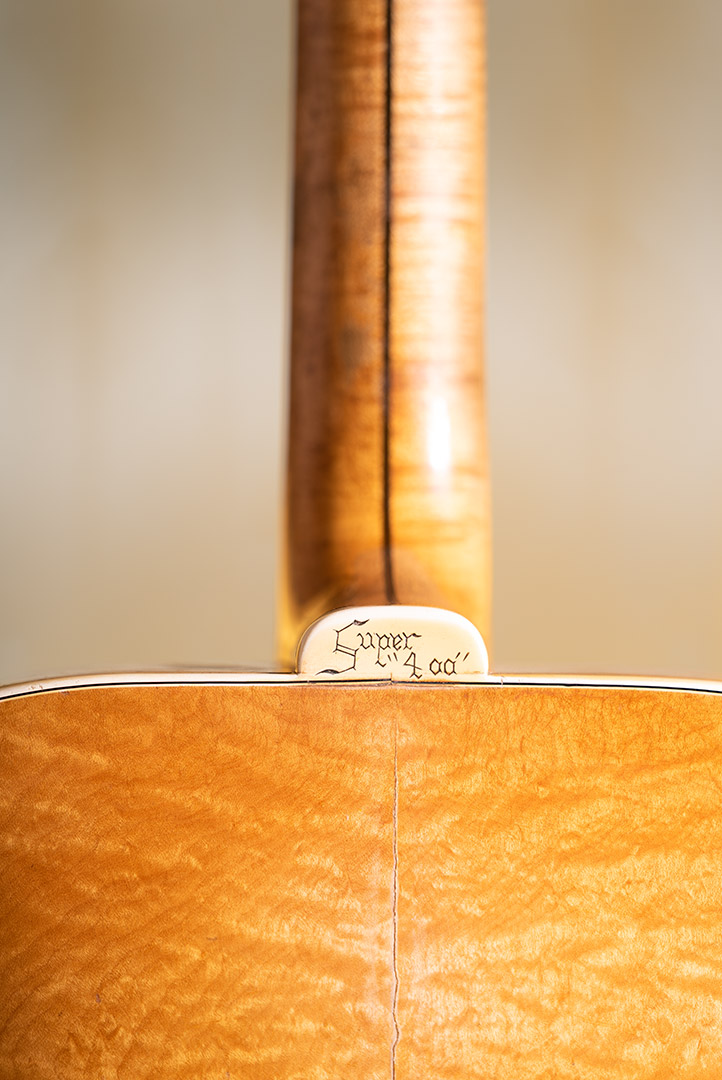 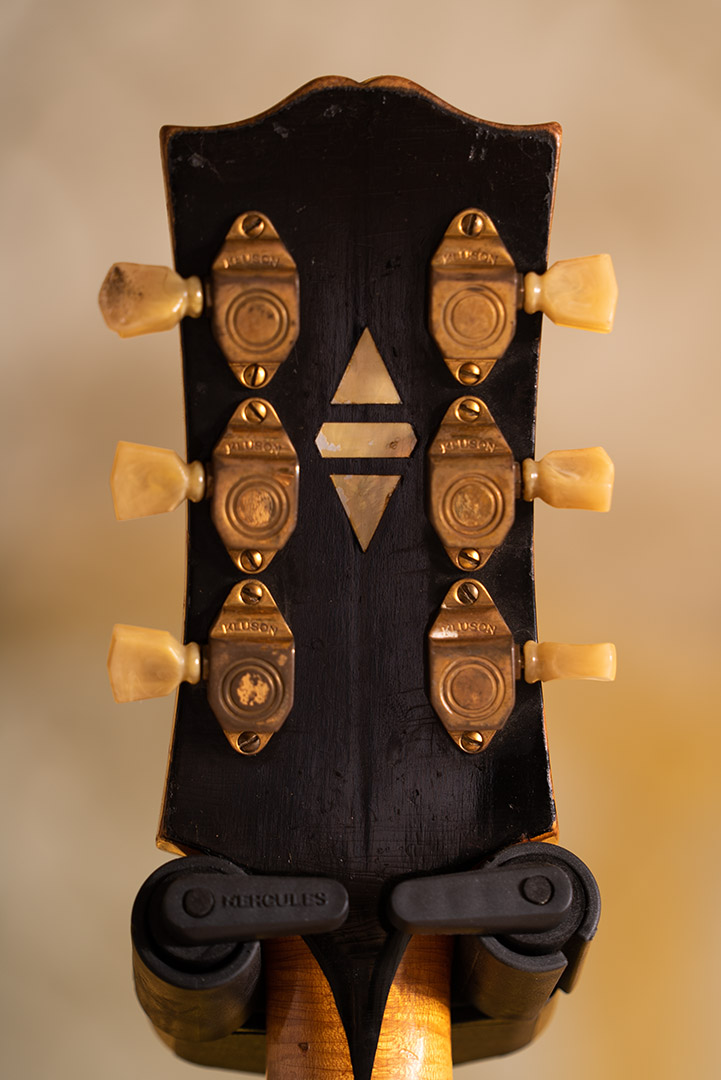 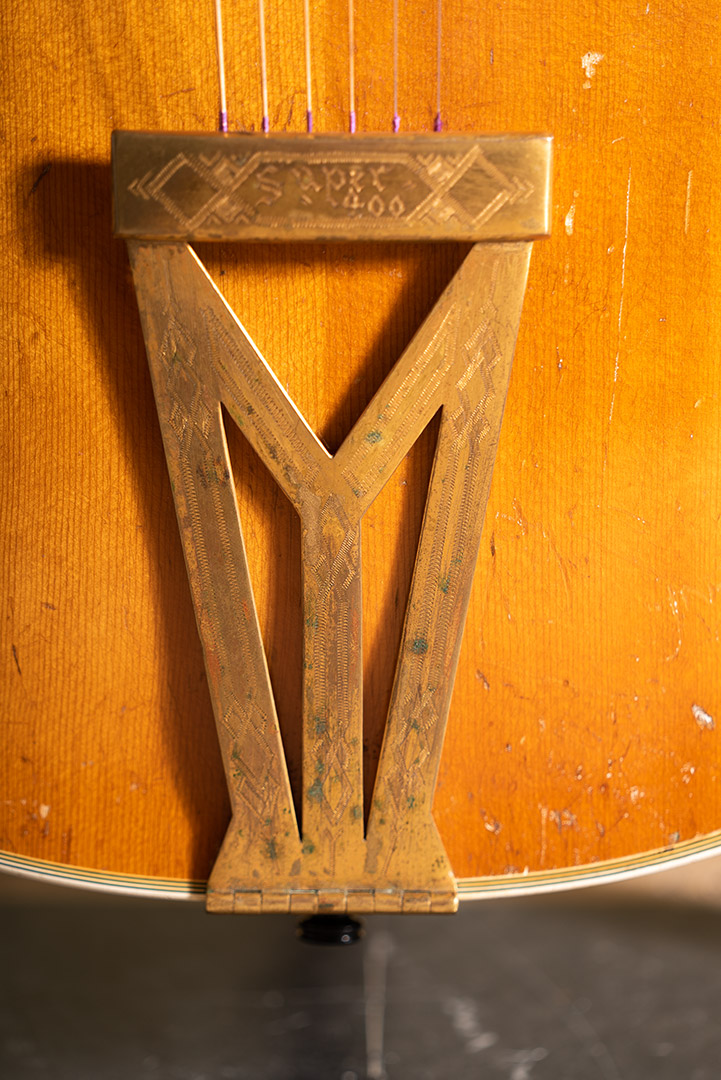 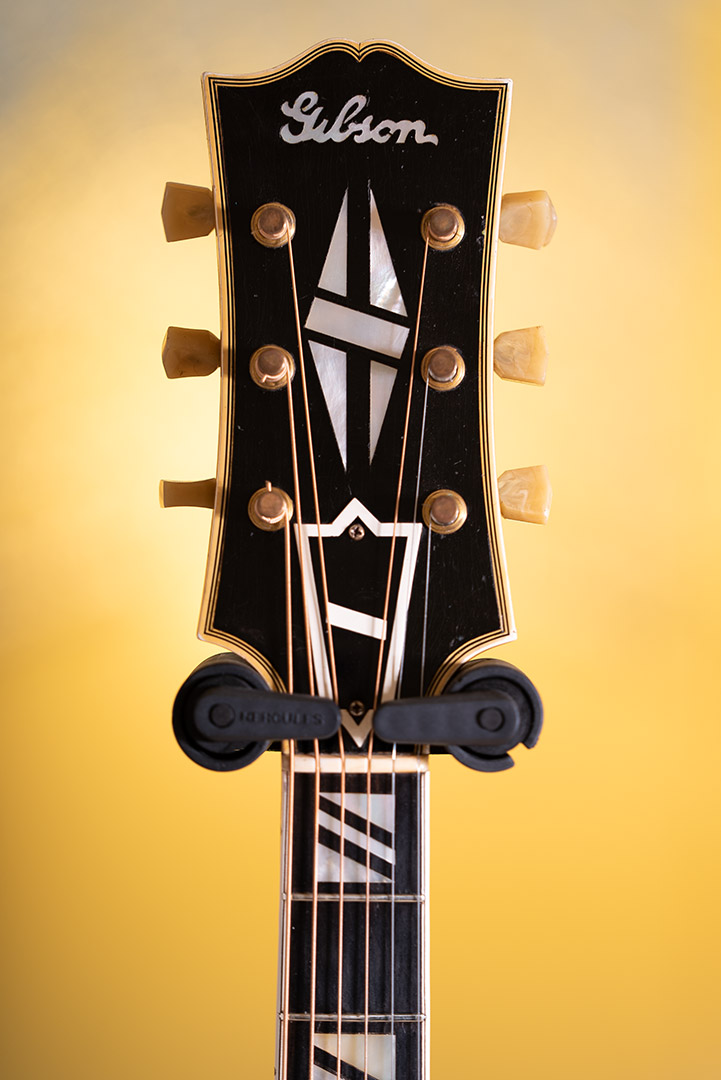 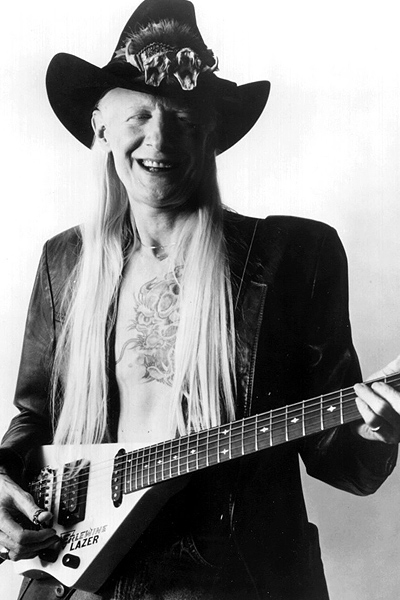 Musicians of Johnny Winter’s calibre appear once in a blue moon. So when Mike Bloomfield invited the young unknown albino texan to play a B.B. King song during one of his 1968 shows, the Columbia records executive immediately offered him a nice big contract. And they were right to do so, it’s not easy to find a guitar player with such charisma, intriguing looks, raspy voice and virtuosity, with a luminous bluesy feel.

Winter got his big break with a dazzling performance at the Woodstock festival and a nice spot in the Woodstock movie. He is playing a Firebird, an instrument that remains closely associated with him, and also with a Fender Electric XII set up as a six-string guitar. His slide playing is worthy of the Delta greats, with a modern electricity and urgency. In 1970, Winter put together his band Johnny Winter And with the McCoys guitarist, Rick Derringer. Their two sounds blend perfectly and they make up one of the most inspired guitar duo of the decade.

After a tough struggle with heroin, Winter became friends with the guitarist who influenced him the most, Muddy Waters. At the time, Waters had no recording contract and he had not released a great album in years. Therefore, Winter decided to become him producer and to release his albums on his own label. Of course, Winter also seized the occasion to play with Muddy while recording and for a few live performances. The three albums they did together, Hard Again, I’m Ready and King Bee, are timeless Chicago Blues masterpieces. The experience was so inspiring for Winter that he also recorded his own blues album with Muddy’s band, Nothin’ But The Blues in 1977.

From then on, Winter focused his career on blues, leaving behind the hard rock of his younger days. He played on stage until the end, and his late album feature many stars whom he influenced that have come to pay tribute to the master. Nobody plays like Winter, and the texan remains a wonderful anomaly.