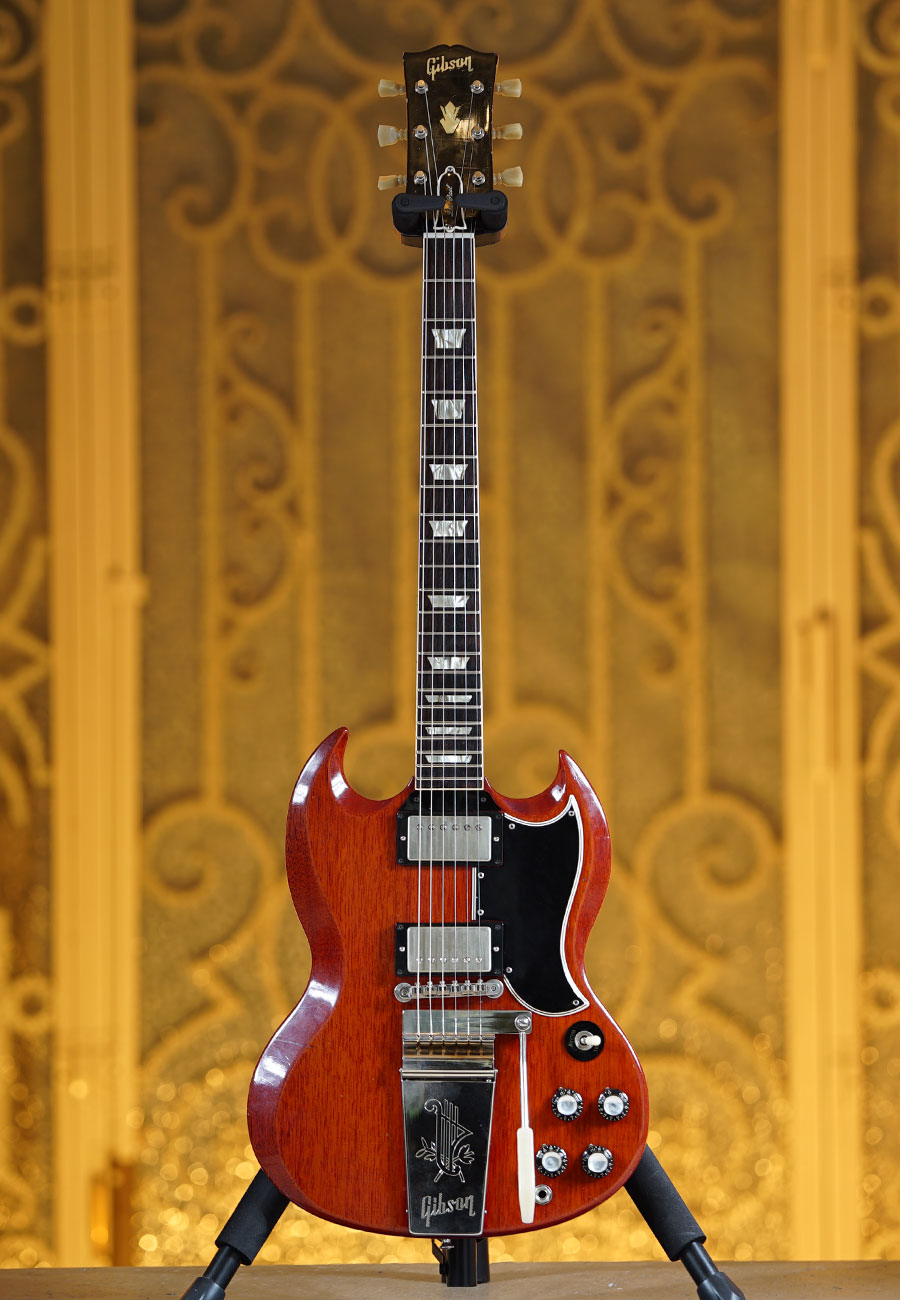 With the notable exception of his 1960 Telecaster, blues jazz cat Robben Ford has never stuck with the same guitar for very long. He prefers to switch from one instrument to another, each time seeing what it has to inspire him, like so many artistic collaborations. Obviously, all of those guitars are excellent (otherwise Ford would not bother to look at them), and all live up to the maestro’s very specific expectations.

The same goes for this SG Standard from the very first period of that model (it still bears the name Les Paul on the truss-rod cache, a distinction that ended in 1963). This guitar served as Ford’s muse for much of the 2015 album Into The Sun. Judging by the videos of the recording sessions, this is the guitar we hear on most of the electric parts of the album, and the one that produces the burning sound of the final track Stone Cold Heaven. Ford took her on the tour for that album, then switched to another guitar once he had seen the full extent of what an SG could bring to his game.

In the meantime, he transformed it to match what he was looking for: it has been refretted with jumbo frets for a more fluid playing experience, and the original pickups have been replaced with Seymour Duncan Antiquity ones for a more modern and predictable sound. Finally, and more surprisingly, the original tremolo was a Sideways that he replaced with a Vibrola. Since Robben never uses the Vibrola as a standard tremolo, we can only guess that it was either an aesthetic choice or a sound preference, as the two designs greatly influence the resonance of the notes. Whatever the reason, this guitar is definitely a “player”, and it gave the king of modern blues an incandescent sound that he had never had before. 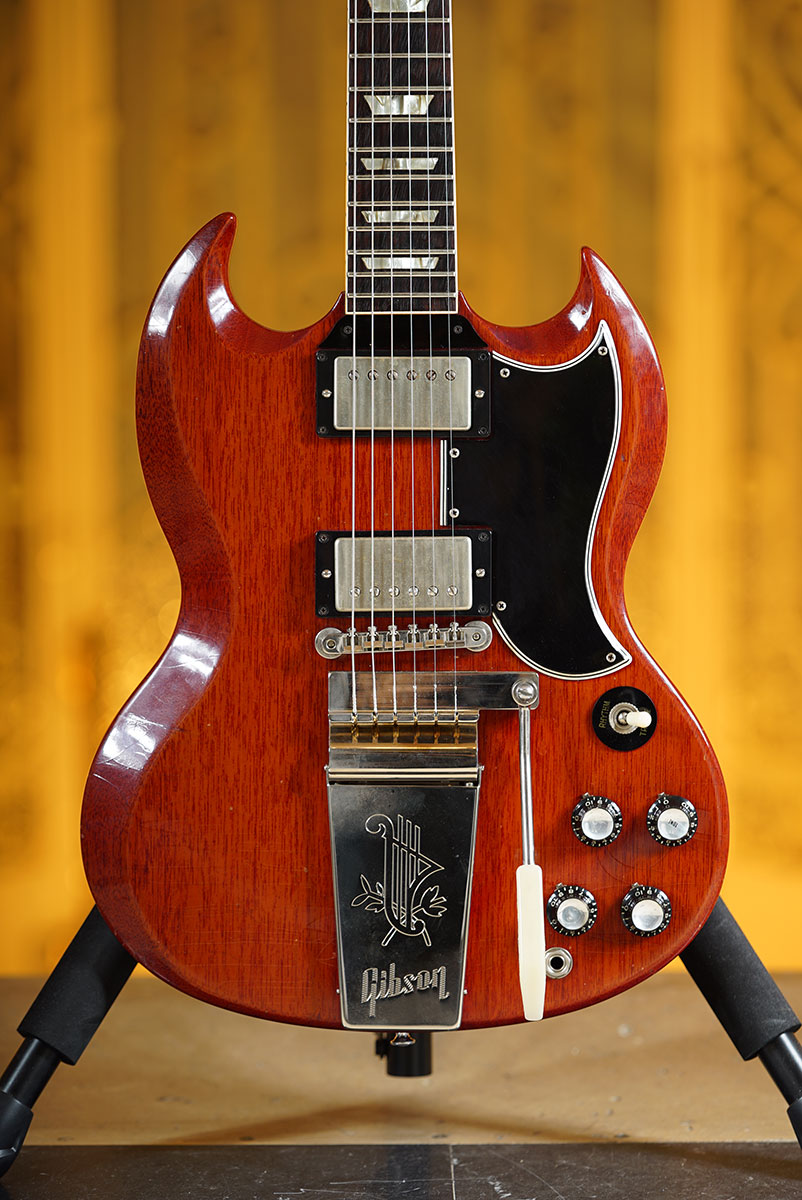 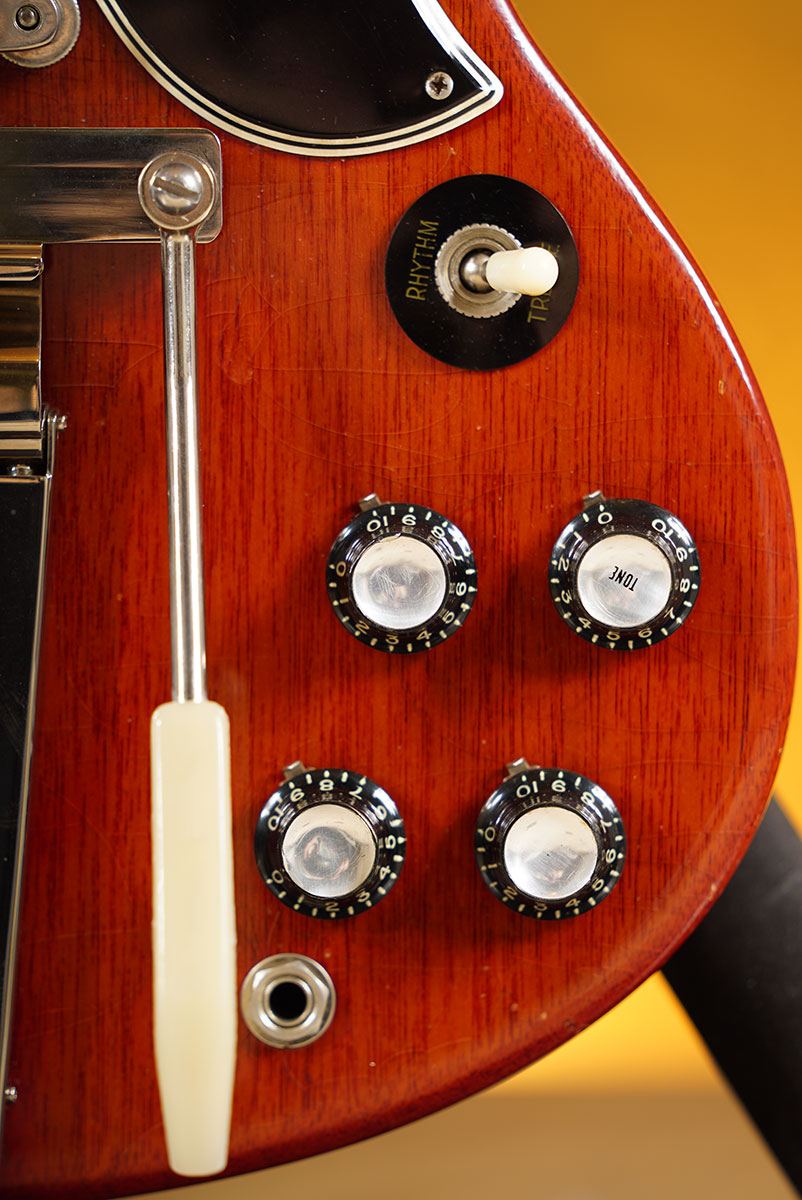 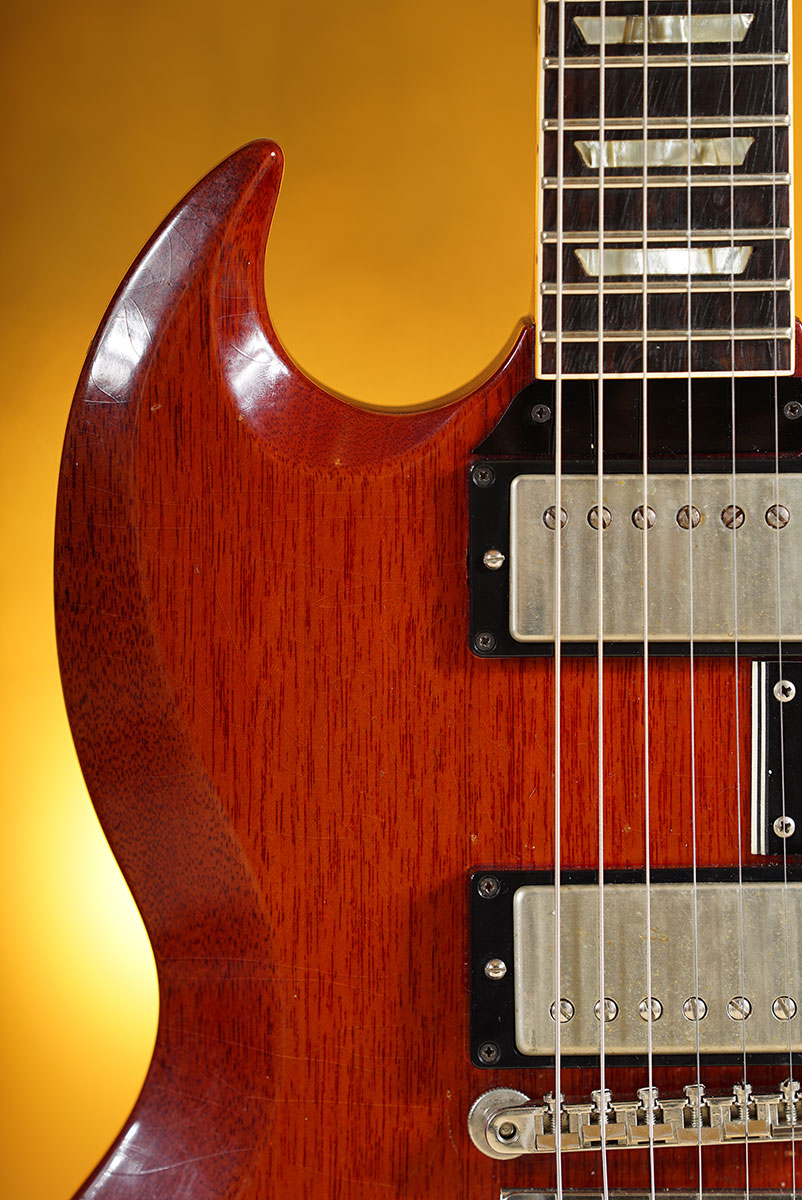 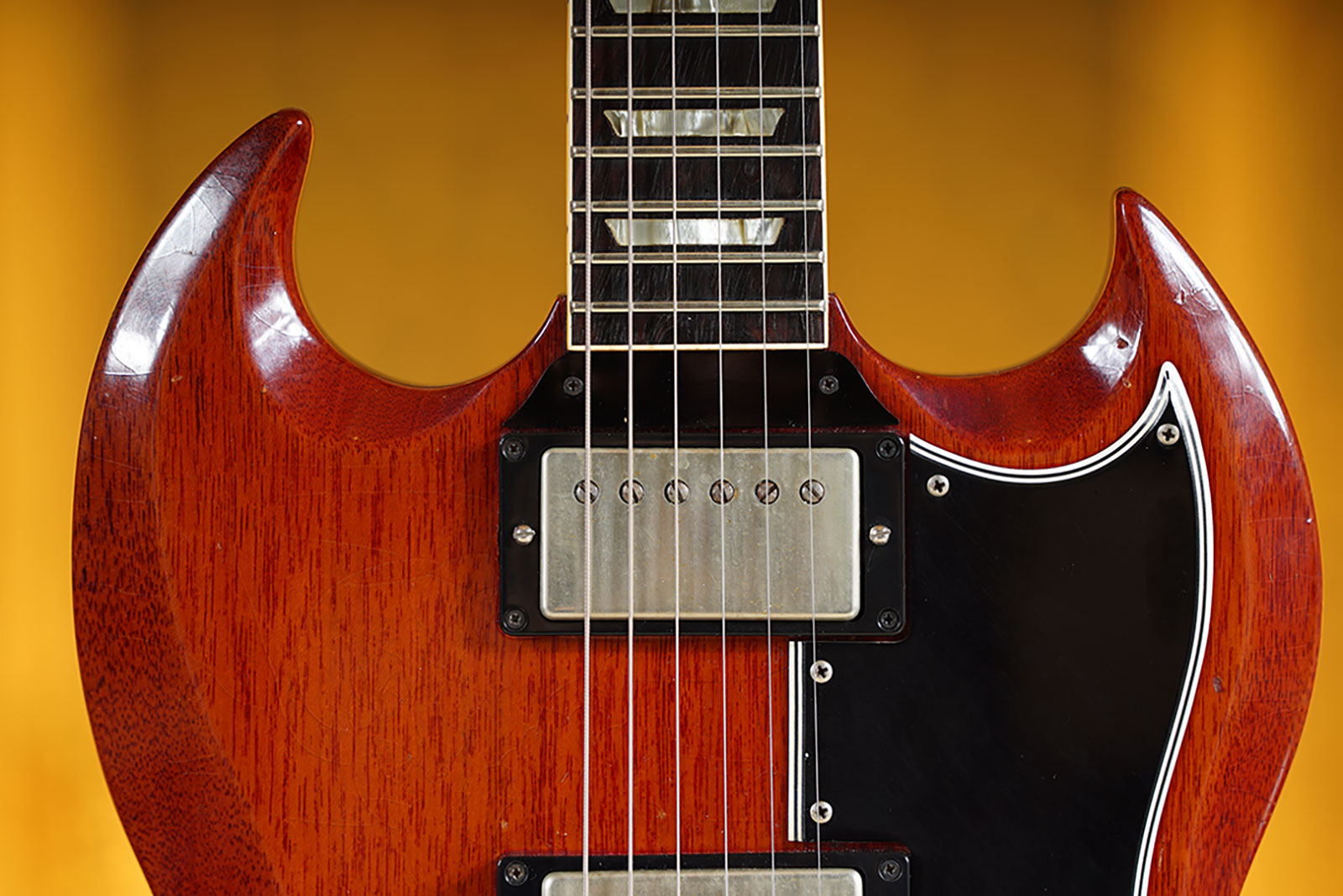 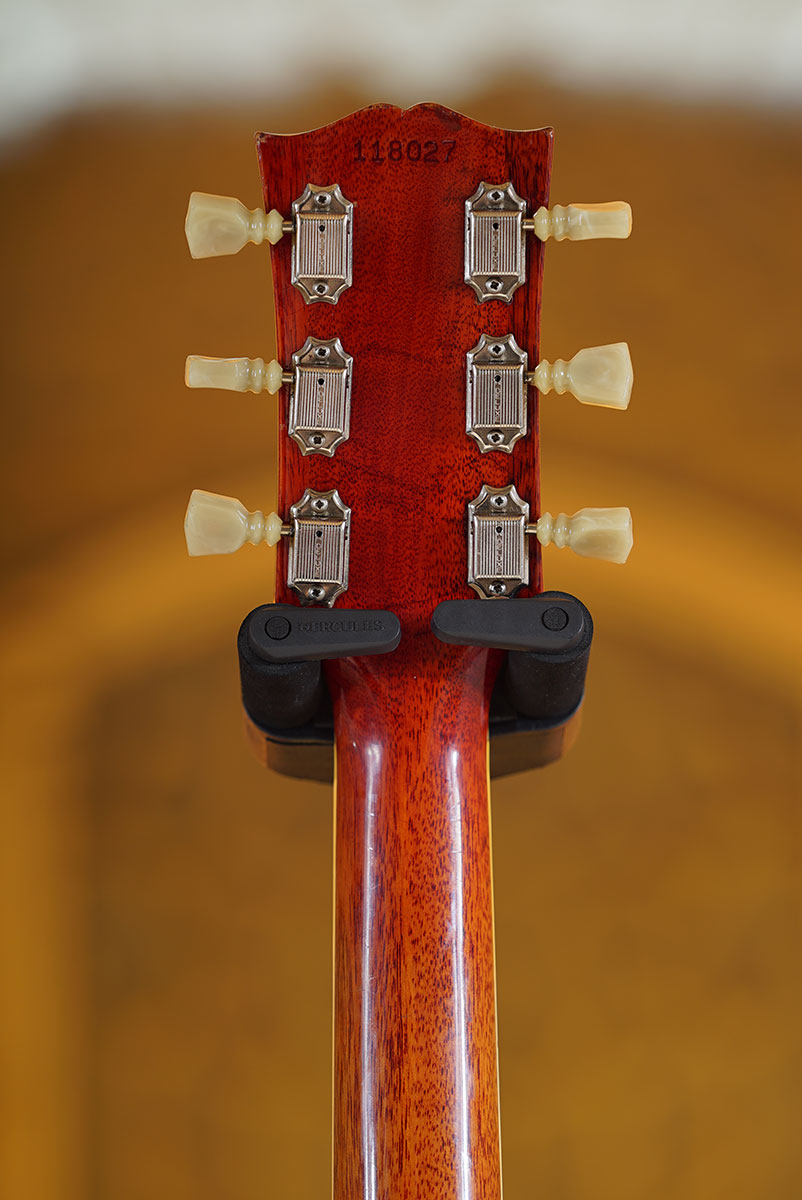 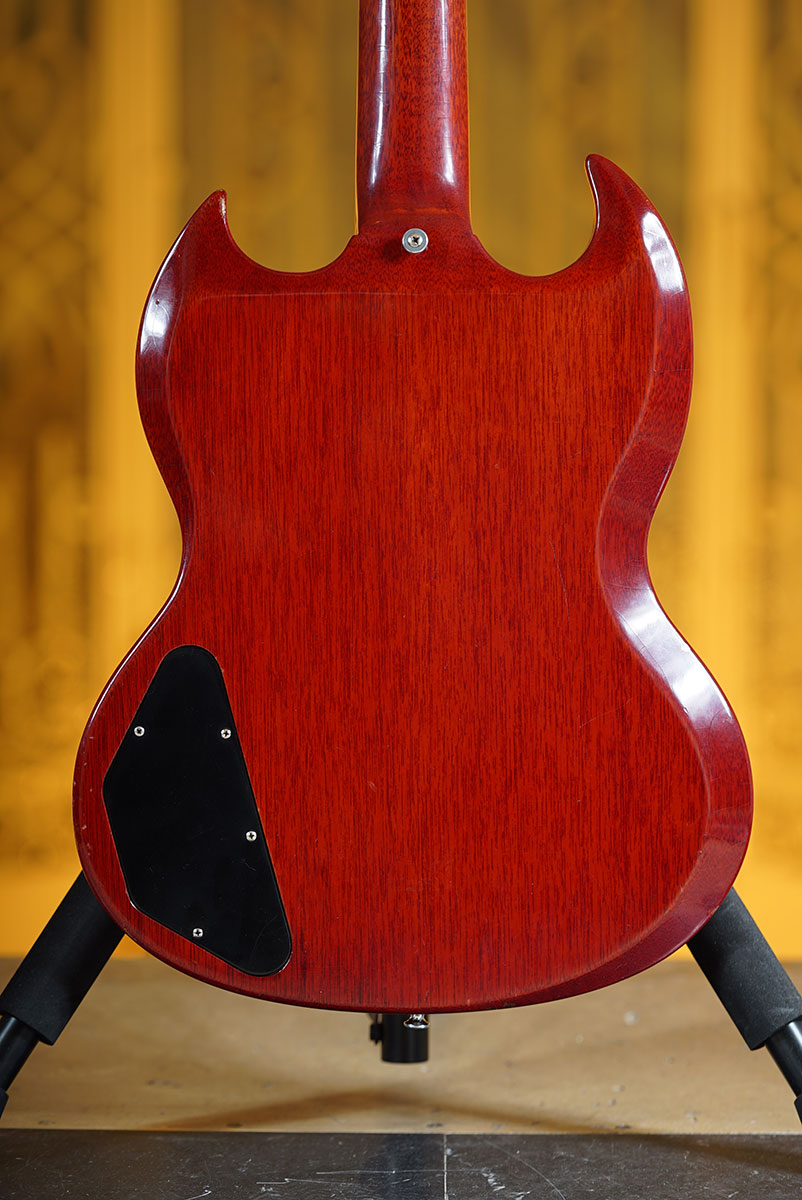 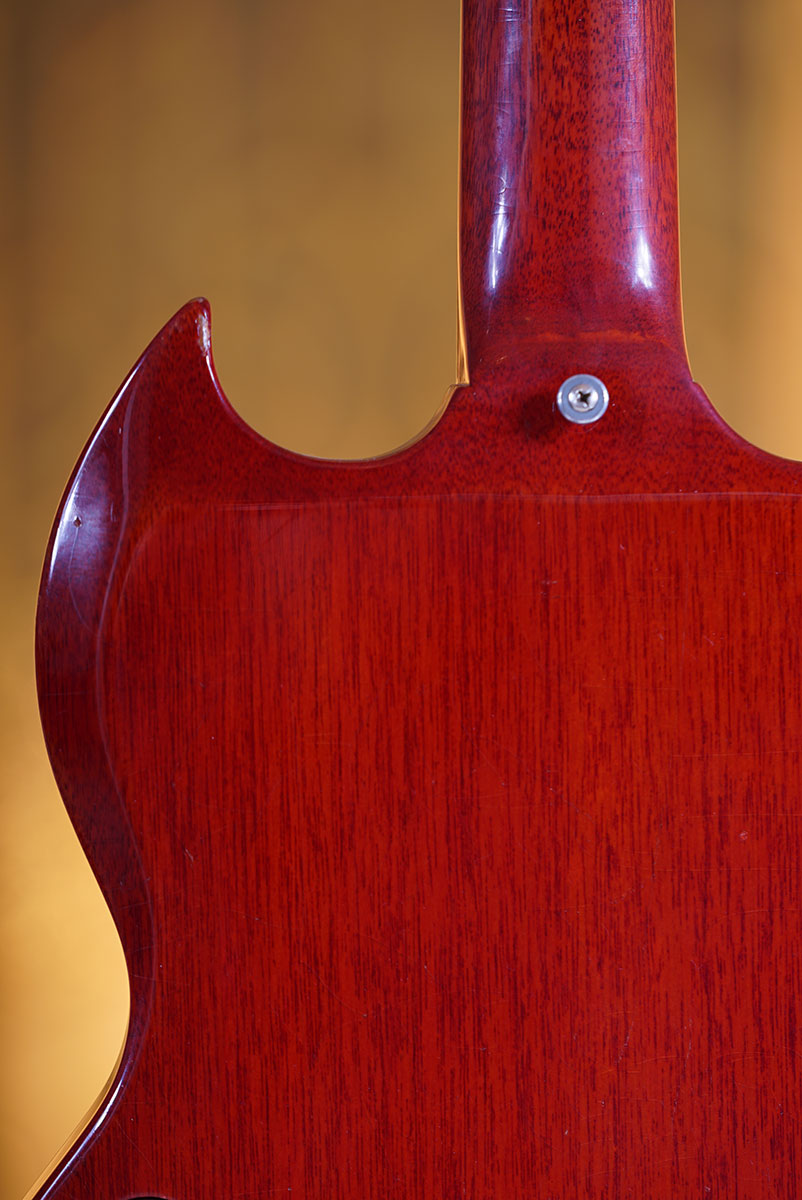 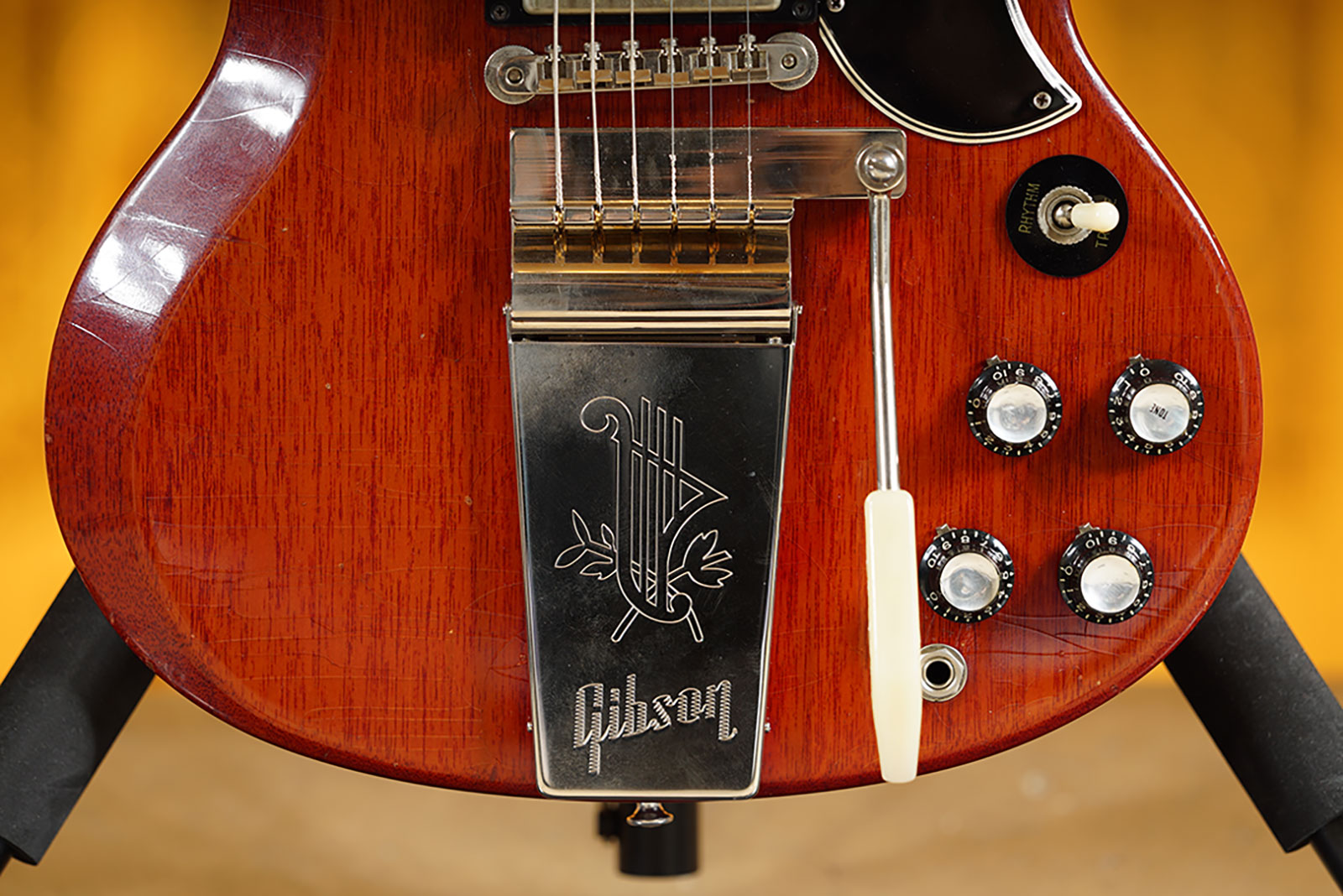 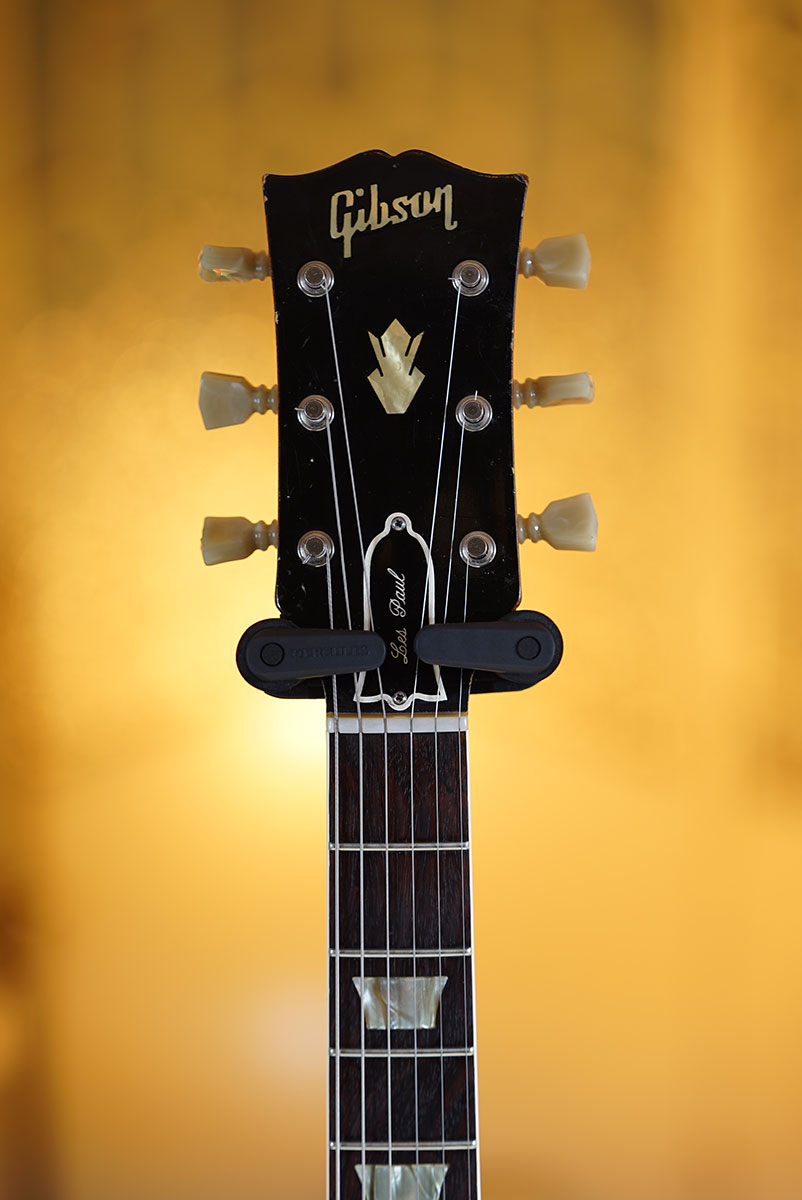 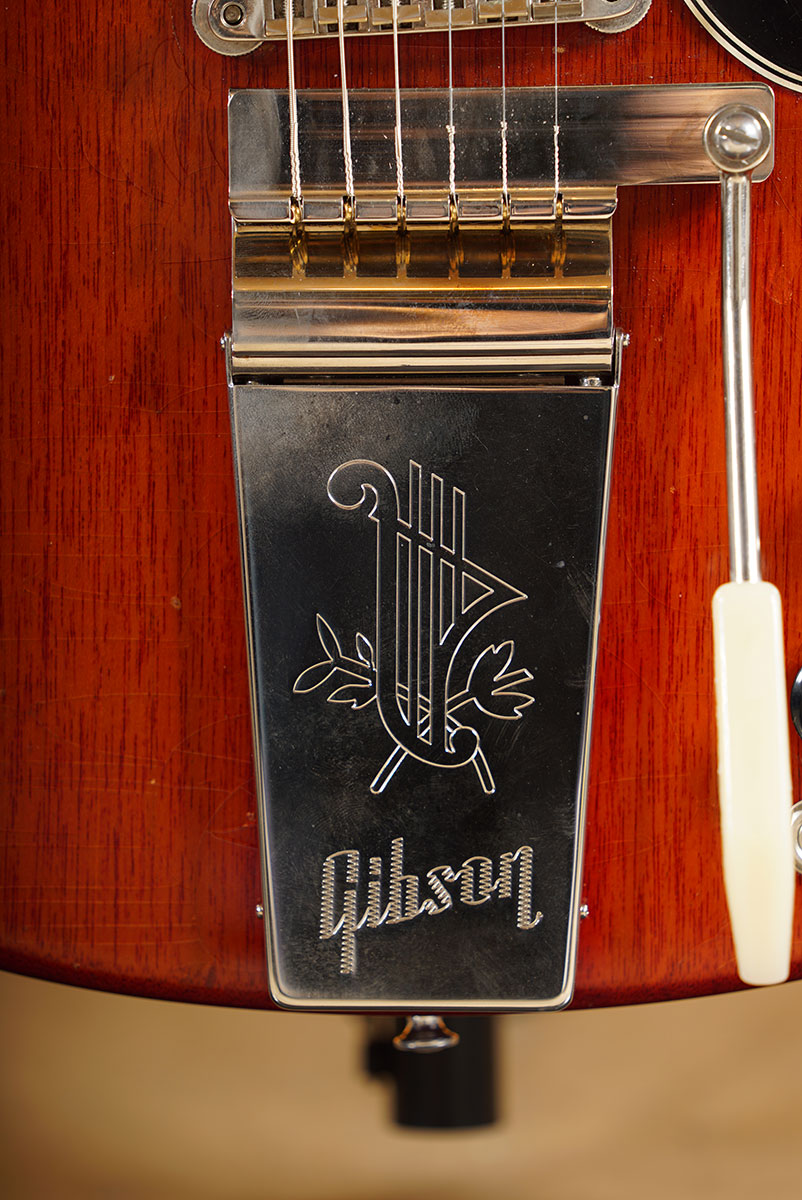 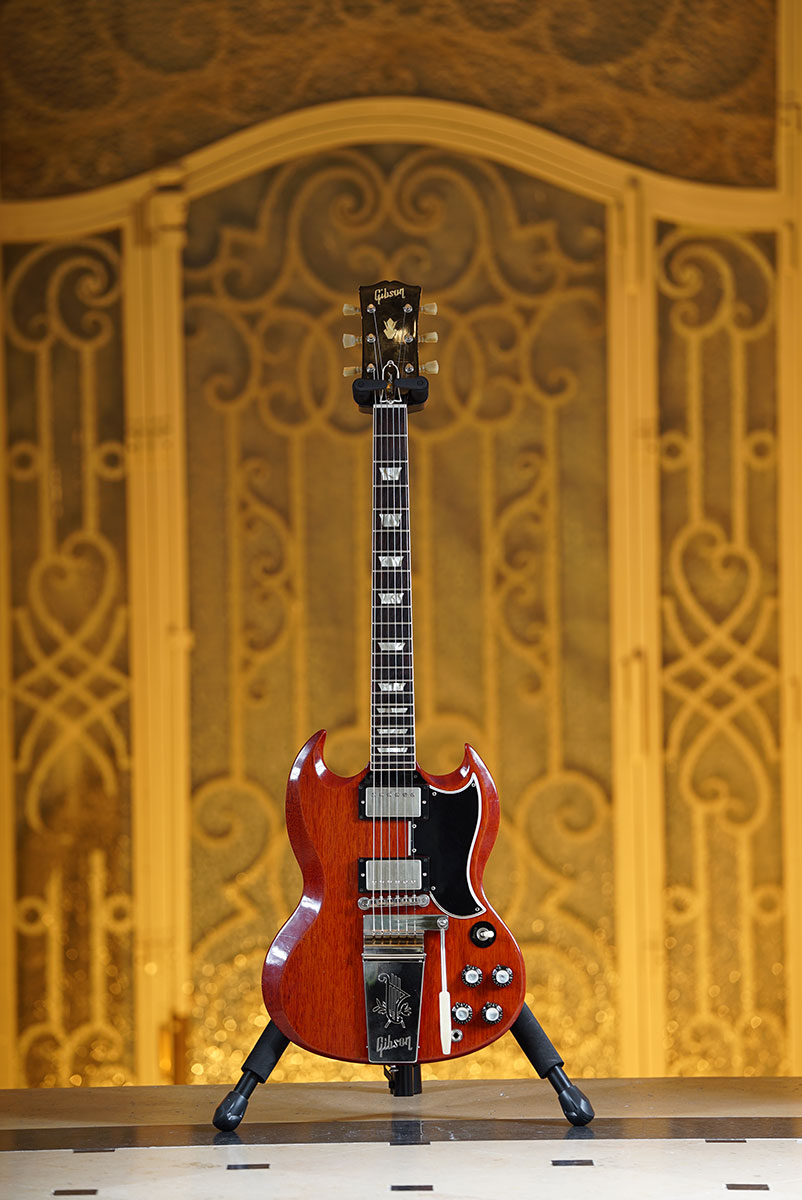 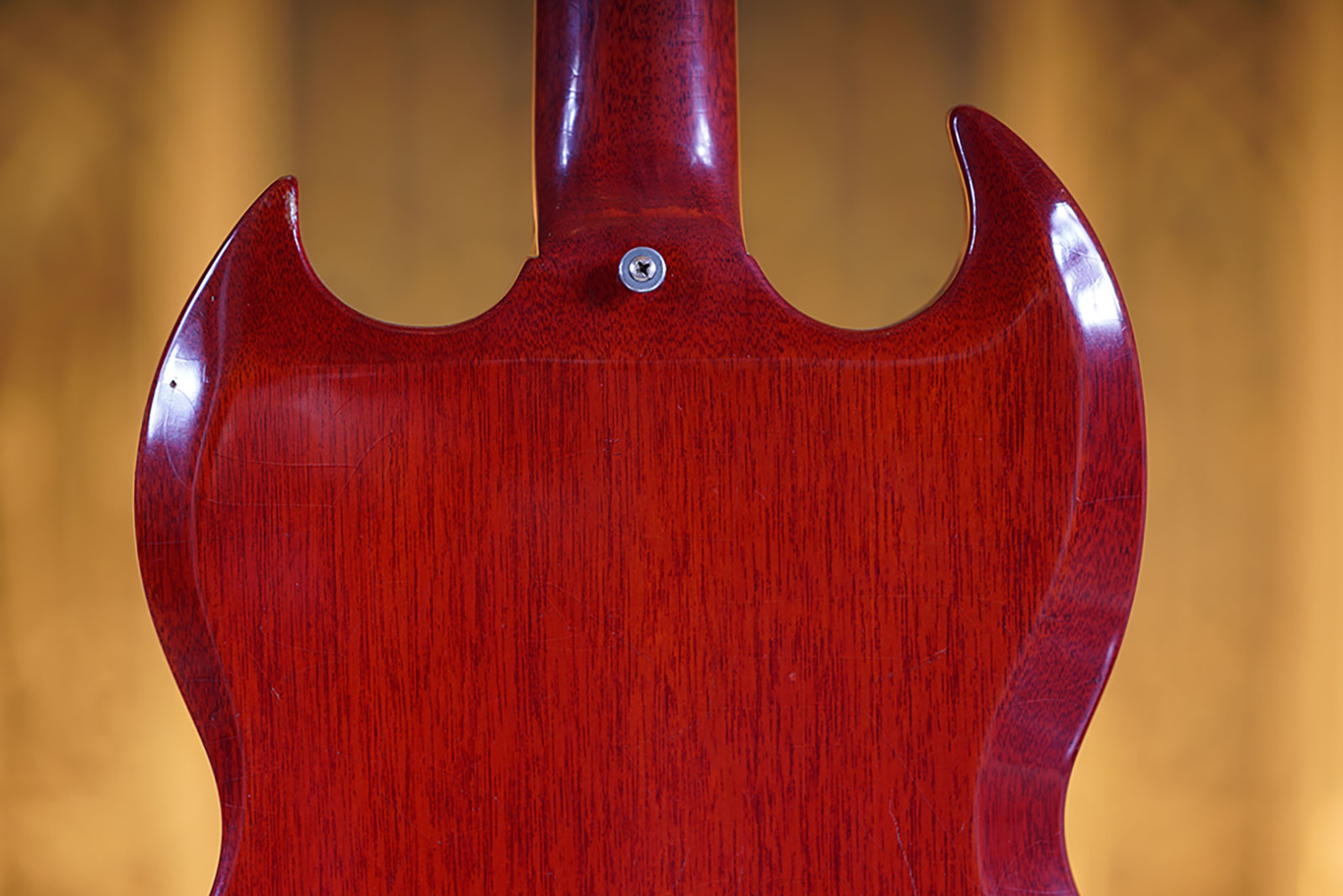 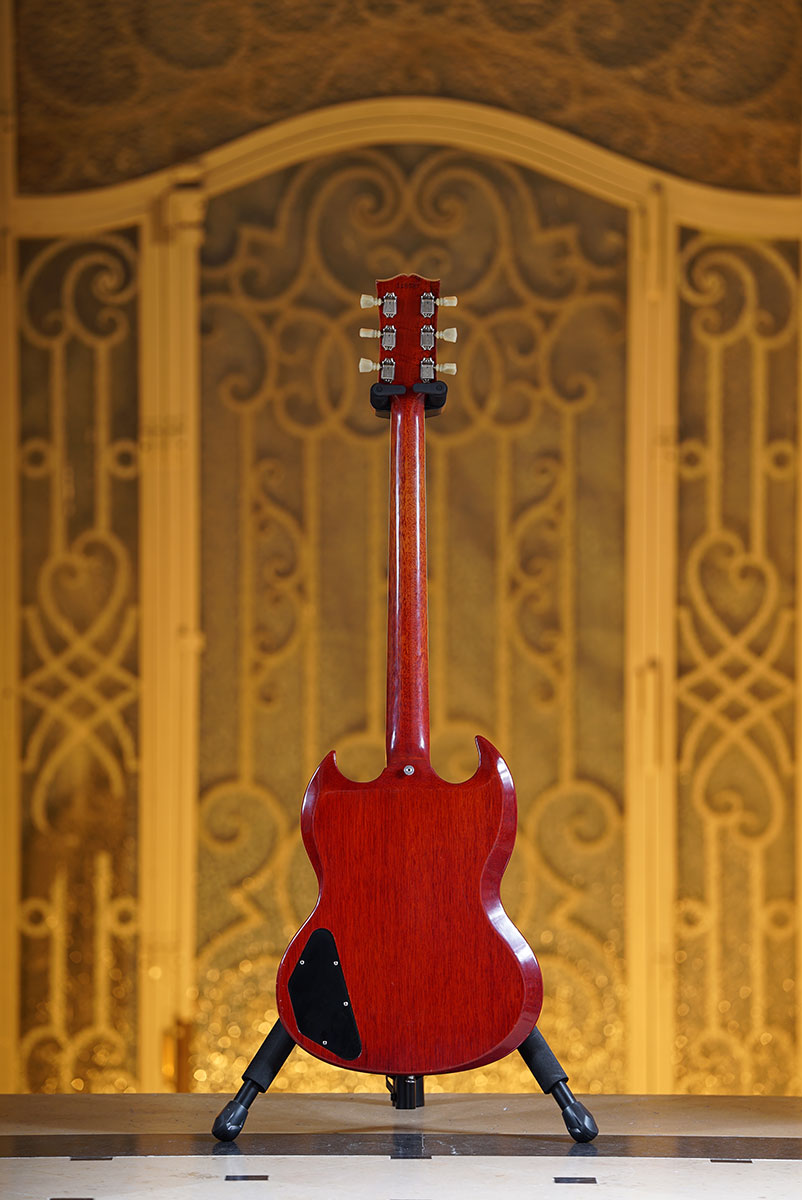 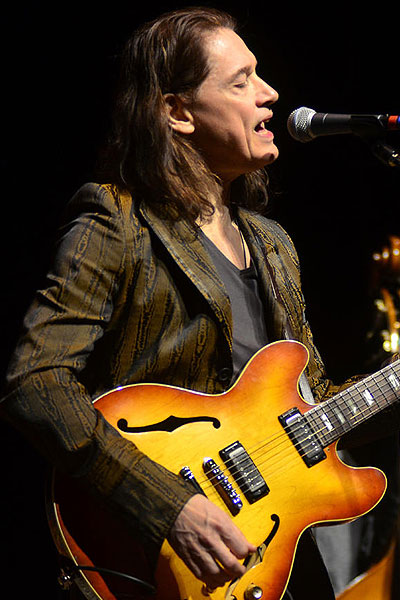 Few guitarists have succeeded in fusing blues and jazz as elegantly as Robben Ford. Following in the footsteps of his mentor and friend Larry Carlton, Ford has managed to conserve the raw energy of the blues while bringing the sophistication of jazz harmony and “out” playing. His phrasing is never lacking in elegance, but it is backed up by a more direct and raw sound than that chosen by most jazz guitarists.

It was in the field of blues that Ford made his professional debut, accompanying Charlie Musselwhite and then Jimmy Whitherspoon. After that, he joined the fusion group L.A. Express. There, he had the opportunity to play with Joni Mitchell and George Harrison, two legends in search of new sounds to modernise their approach.

In 1976, Ford finally went solo, but it would take him another ten years to establish himself in that format. During that period, he also played with Miles Davis and KISS (which says something about the man’s range) before finally releasing the album that would make him known to musicians all over the world, Talk To Your Daughter in 1988. Ford found his signature sound on that album, and let roar his combination of a 1960 Telecaster and his Dumble Overdrive Special, an amp that Dumble designed especially for him. Since then, Ford has continued to explore in that direction by regularly challenging himself to keep his new recordings interesting, as when he decided to record A Day In Nashville (2014) in a single studio day with a single guitar for all the tracks, an Epiphone Casino that is not his usual instrument. An adventurer who has found his truth.