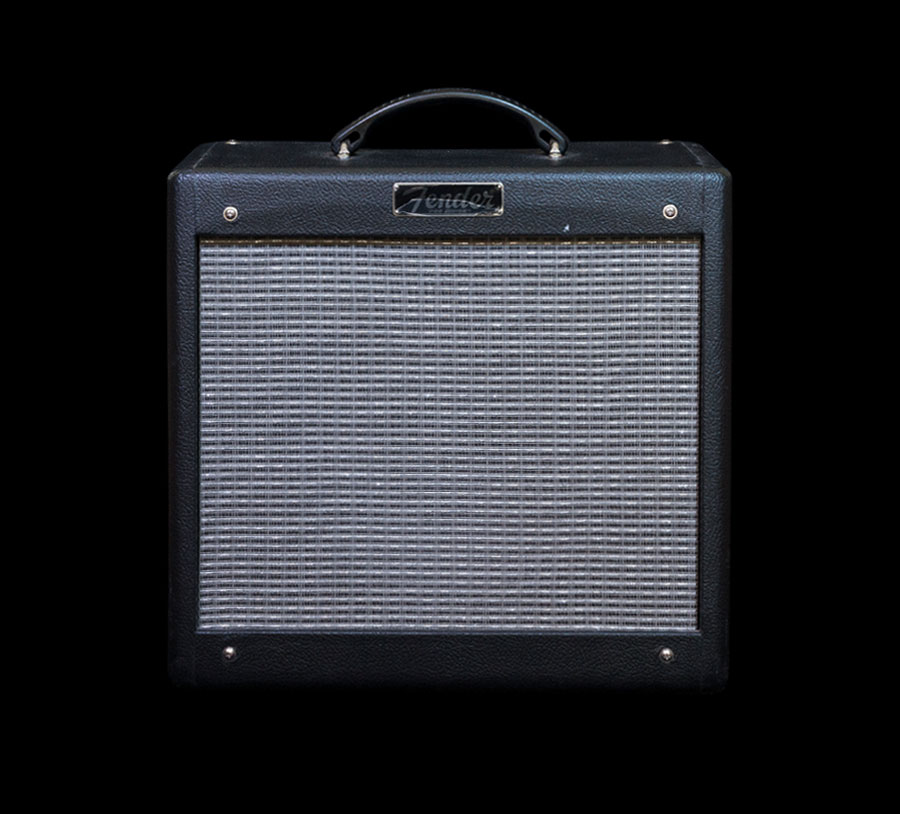 1993 was the start of a new golden age for Fender amps. Not only did they start offering their past glories again (they released the Deluxe Reverb ‘65 that year), but they also called upon Bruce Zinky. This genius designer has created the absolute best seller for the brand, the 15 watts Blues Junior, whose success is still going strong 25 years later.

True connoisseurs (including Jeff Beck) know that Zinky’s true masterpiece is the other 15 watt combo that came out in 1993, the Pro Junior. That model is not just a simpler Blues Junior without a reverb and with a ten-inch speaker (the Pro Junior only has Volume and Tone knobs). It is the worthy heir of the tweed-era amps, a discrete little monster weighing about twenty pounds that can be pushed into a big musical crunch. The original Pro Junior was so perfect that when Fender introduced the third version of the Hot Rod series, the smallest of the bunch did not undergo any change. The Pro Junior III came out in 2010 and was only cosmetically updated.

This amp belongs to that third generation and was the property of none other than Noel Gallagher. The Oasis genius used it with his band High Flying Birds, probably in the studio (for which the Pro Junior is absolutely perfect) and maybe also on stage, since modern day PAs allow guitarists to use smaller combos in big venues. Everybody needs a Pro Junior handy, even Noel Gallagher. 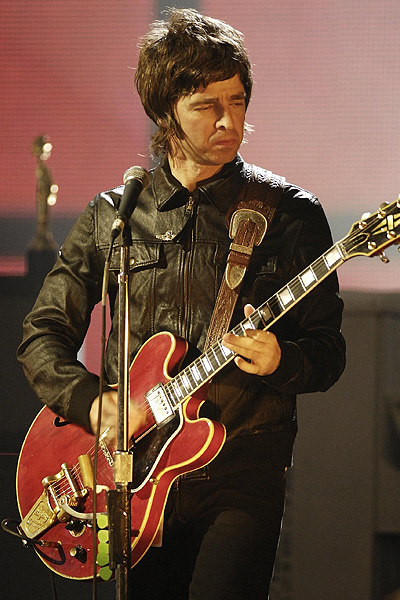 It is easy to forget when an excellent band Oasis was, since their music was often overshadowed by their frequent indiscretions and the media coverage of them. And yet, the boys from Manchester wrote some of the most beautiful songs of the 1990s, truly building the soundtrack for a decade in need of idols.

From Supersonic in 1994 to Falling Down in 2009, Oasis sold 75 million albums and topped the charts with eight singles. Of course, their music is deeply inspired by the Beatles of 1966, whose visual style and production approach they replicated. But they took that sound and brought it to their decade, updating it with songs that would probably not have been out of place on Revolver, such as Wonderwall or All Around The World.

As everyone knows, the band was led by the Gallagher brothers, Liam on vocals and Noel on guitar, even if on occasion Noel sings with his very endearing sound, such as on Don’t Look Back In Anger. Like the Kinks before them, the Gallagher brothers failed to keep their family quarrels outside the professional sphere and the group eventually exploded under the weight of them.

Since then, Noel has started his band High Flying Birds with an excellent eponymous first album in 2011, proof that the guitarist still has things to say artistically. He is still touring with that band, which is now on its third album, Who Built The Moon (2017). In terms of his guitar playing, Noel has not changed and remains faithful to the instruments he loved when he played in Oasis: he was firmly associated with an Epiphone Sheraton (the Epiphone version of the ES-335), and has played extensively on several semi-hollows in the same style, including a superb Cherry Red ES-355 and Epiphone Casino. He is also a fan of Les Pauls, in sunburst or other colours, and his favourite acoustic is of course the J-200, an instrument that remains associated with him to this day.