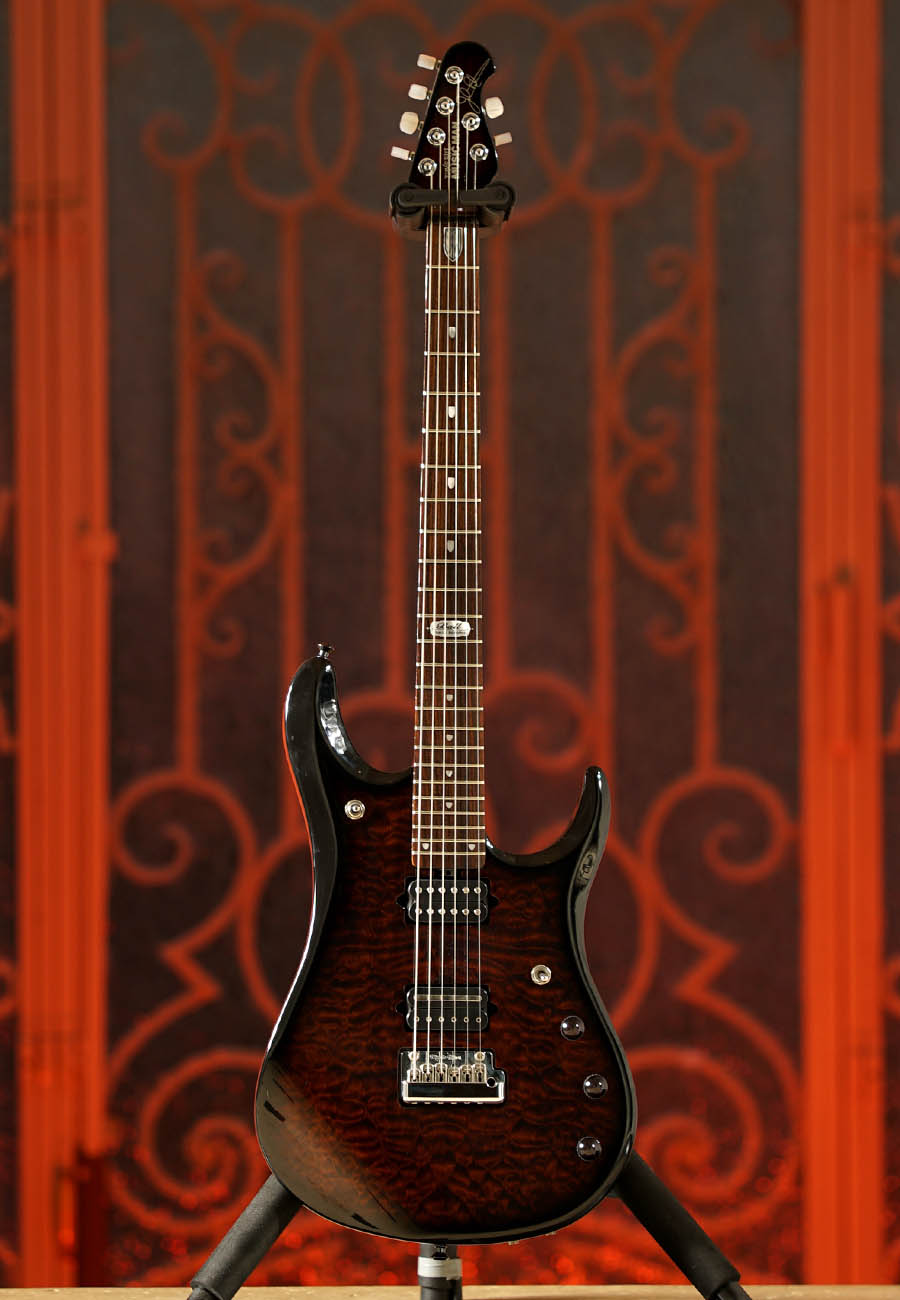 The collaboration between Music Man and John Petrucci from Dream Theater had already given birth to several signature models by the time the first baritone Petrucci was released in 2008. This baritone model with a longer scale (27.5”) allows you to tune down to B without having to learn how to navigate a seven-string guitar.

At the time of that release, Joe Bonamassa was starting to get hip to Music Man guitars, which after all had been Leo Fender's second brand. Back then, Joe could be seen playing Albert Lee and Steve Morse models. During that era he also became the owner of a Petrucci baritone, an unlikely pairing since Joe's blues rock has very little to do with Petrucci's virtuosic and progressive metal. But art follows no rule, and that guitar has birthed Joe Bonamassa's most famous riff, The Ballad Of John Henry.

This Petrucci baritone has inspired him the song that made him explode for a much wider audience, and he has never sounded that fat and zeppelinesque since. The low B string made him play in a much heavier fashion, with deep roots in the Delta blues of Leadbelly, who would also tune very low.

This guitar is a centerpiece in the history of Bonamassa's music, and the irrefutable proof that unlikely pairings can result in beautiful songs.