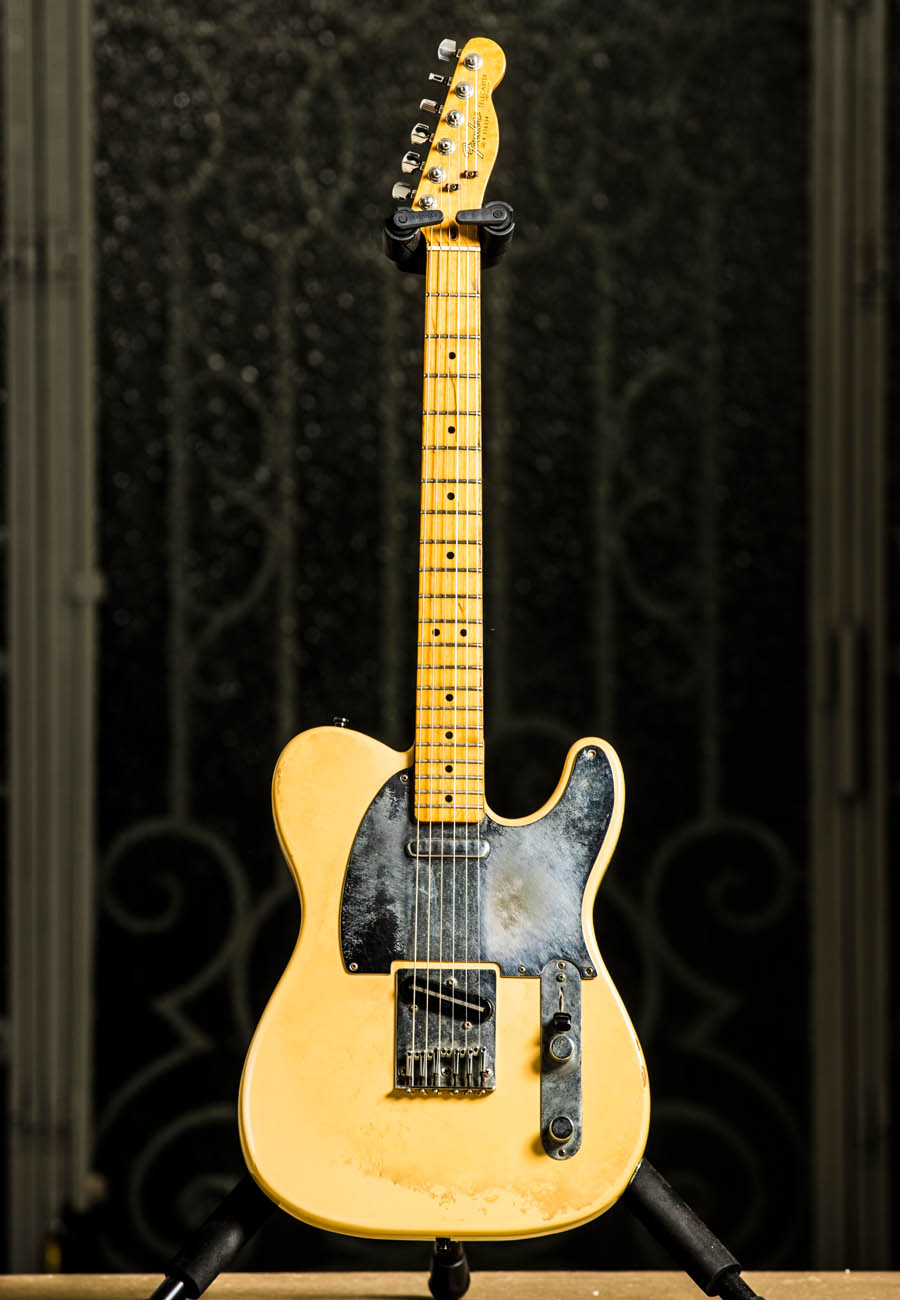 In 1991, Jeff Buckley was far from being the legend we know today. He was simply the son of Tim Buckley, a folk singer who died at the age of 28 and whom Jeff had never known. Back then, Jeff was just beginning to make his own artistic voice heard. He performed at the tribute concert to his father “Greetings From Tim Buckley”. It was on that occasion, in Brooklyn, that he met Janine Nichols, the director of the Art At St Ann’s programme (named after the Brooklyn School of Art).

Jeff’s guitar had been stolen from his house a short time before the concert, so Janine lent him hers; a humble 1983 Telecaster. She had changed the pick guard for a mirror panel made by Carvin under the influence of the great Chrissie Hynde (The Pretenders). Telecasters from that era are a little peculiar since they are among the last manufactured in the United States before the transition period in the mid-eighties. They have a reputation for being heavy and not very good instruments. But Buckley has proven that in the right hands, a run-of-the-mill Telecaster can be transformed into an angelic harp. This one has a top-loader bridge, in other words the strings do not pass through the body, which usually adds some snappiness to the sound. That quirk is indeed to be found on 1959 Telecasters. But on this ‘83 model, the bridge combines top loading and six bridges, a combination as rare as it is recognisable.

The fact remains that Buckley fell in love with this Tele and made it his main instrument for playing on stage (notably at the Sin-é club) and then in the studio, when he recorded his album Grace. He then had it refretted and replaced the bridge pickup with a Seymour Duncan Hot Lead Stack. It is in that incarnation that it appears in the famous Hallelujah video, hence the nickname Hallelujah Telecaster that this guitar inherited. 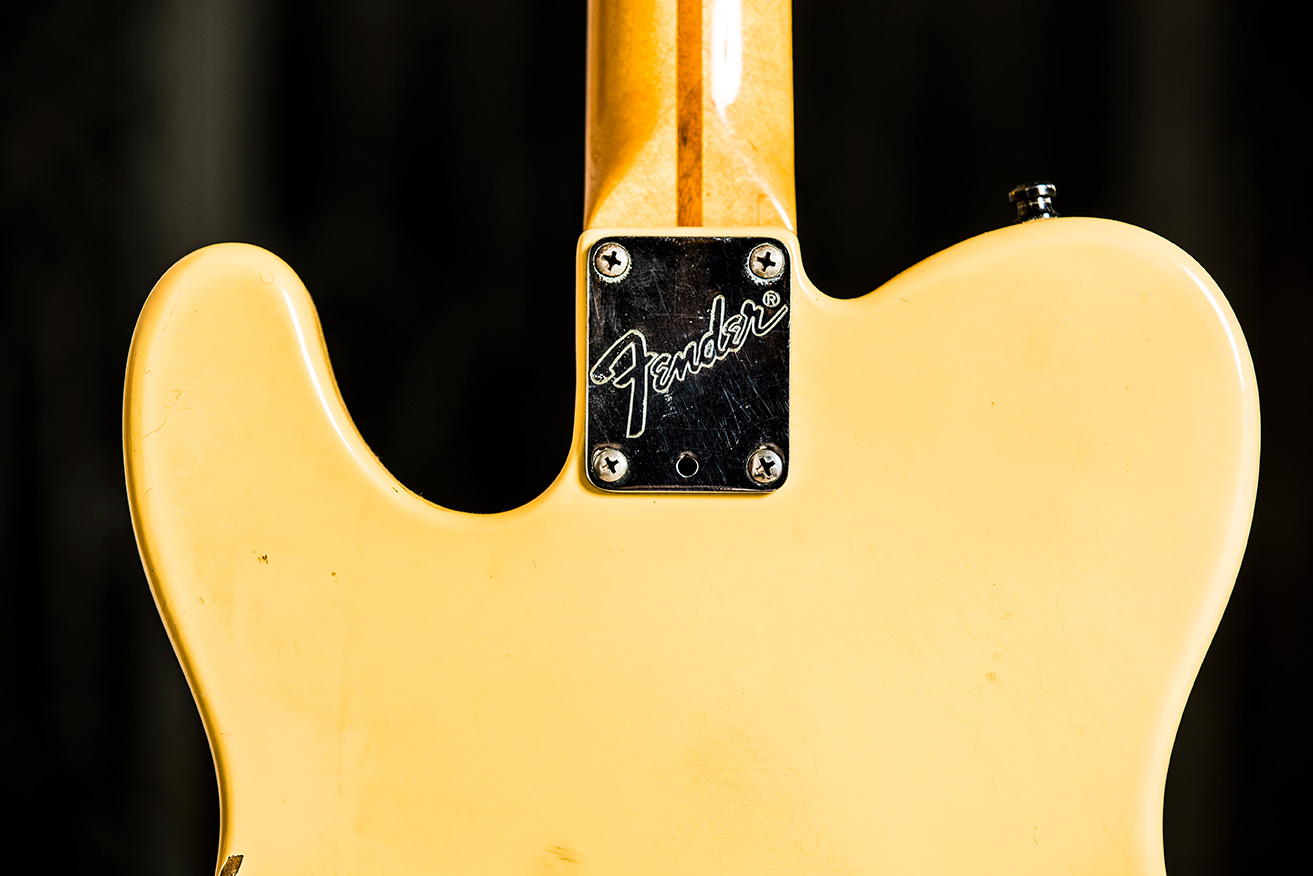 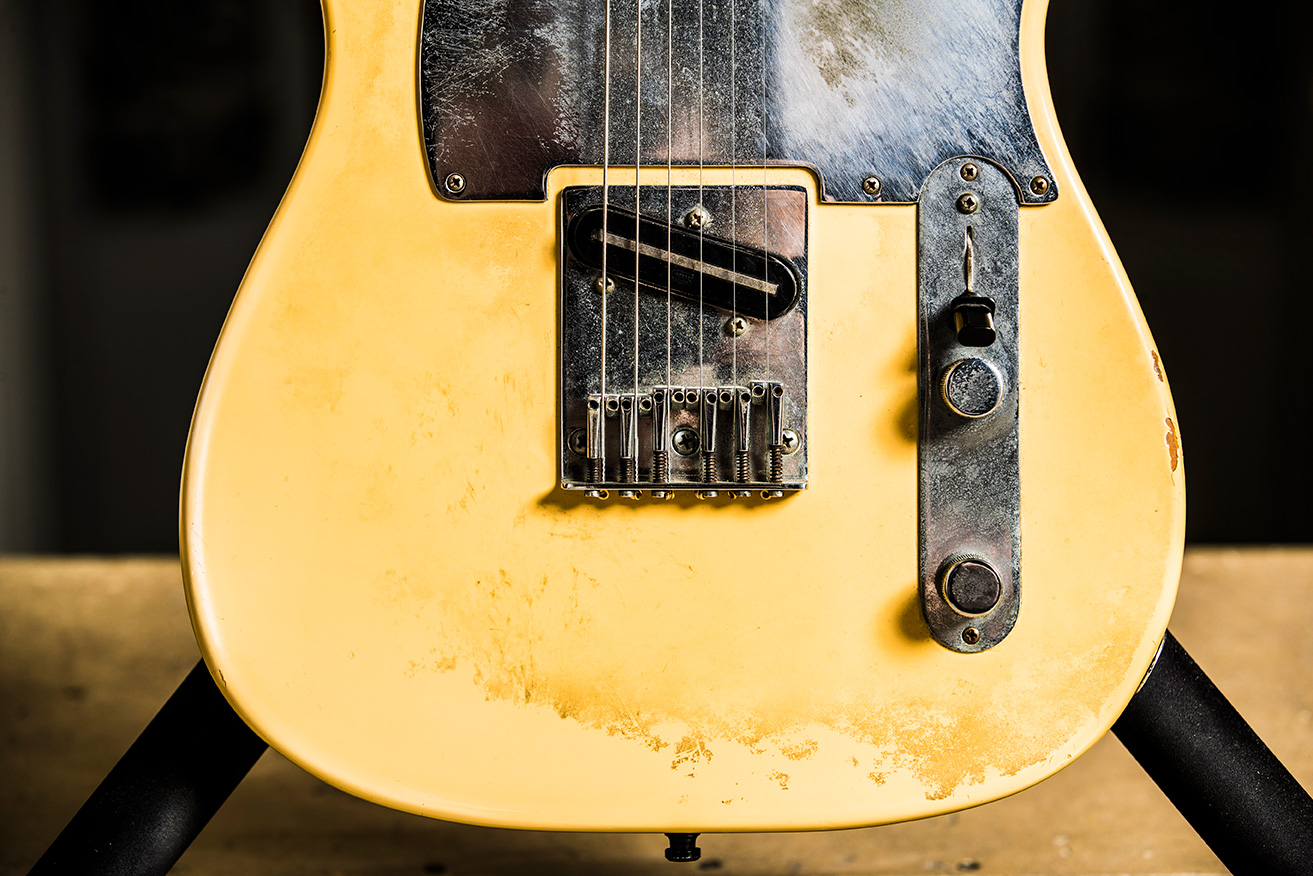 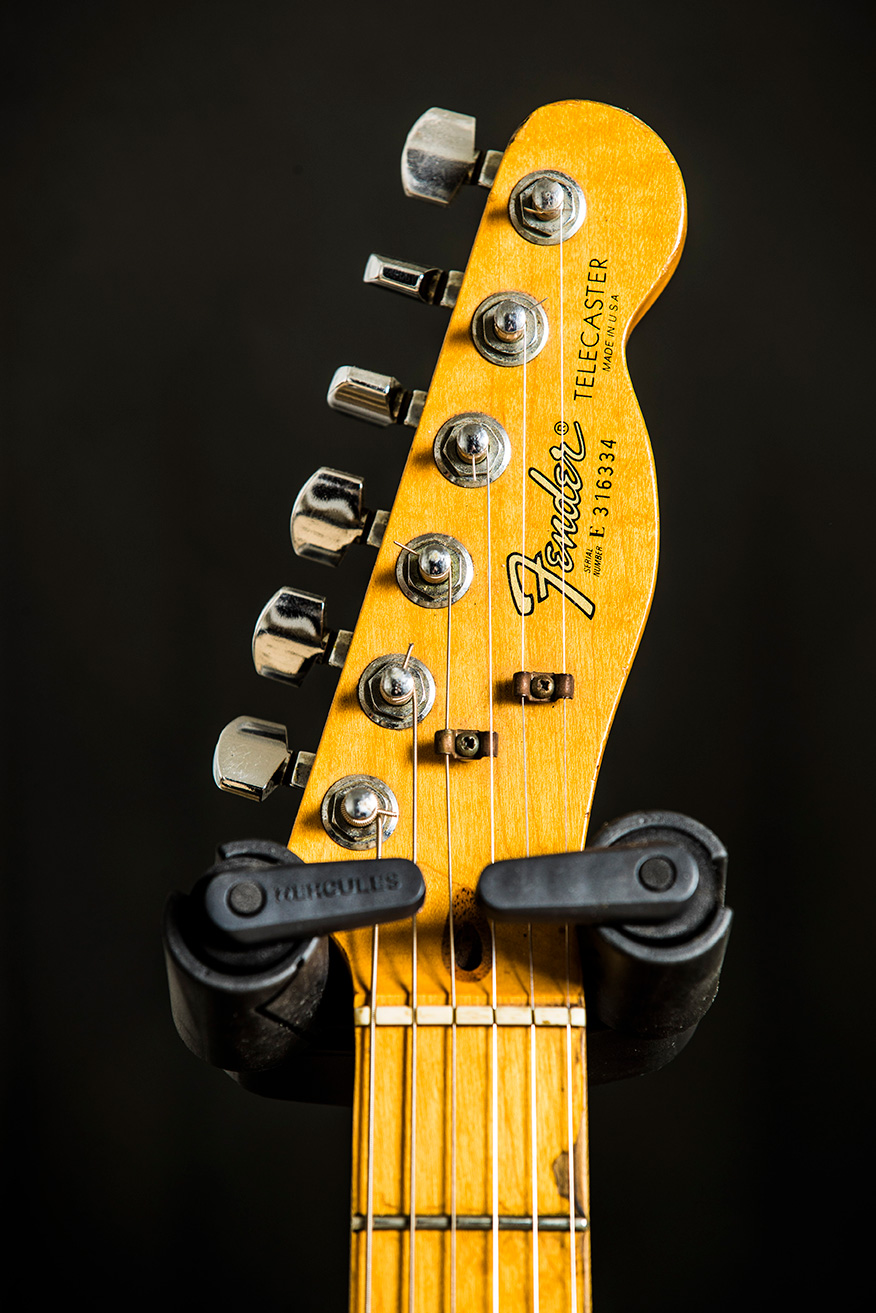 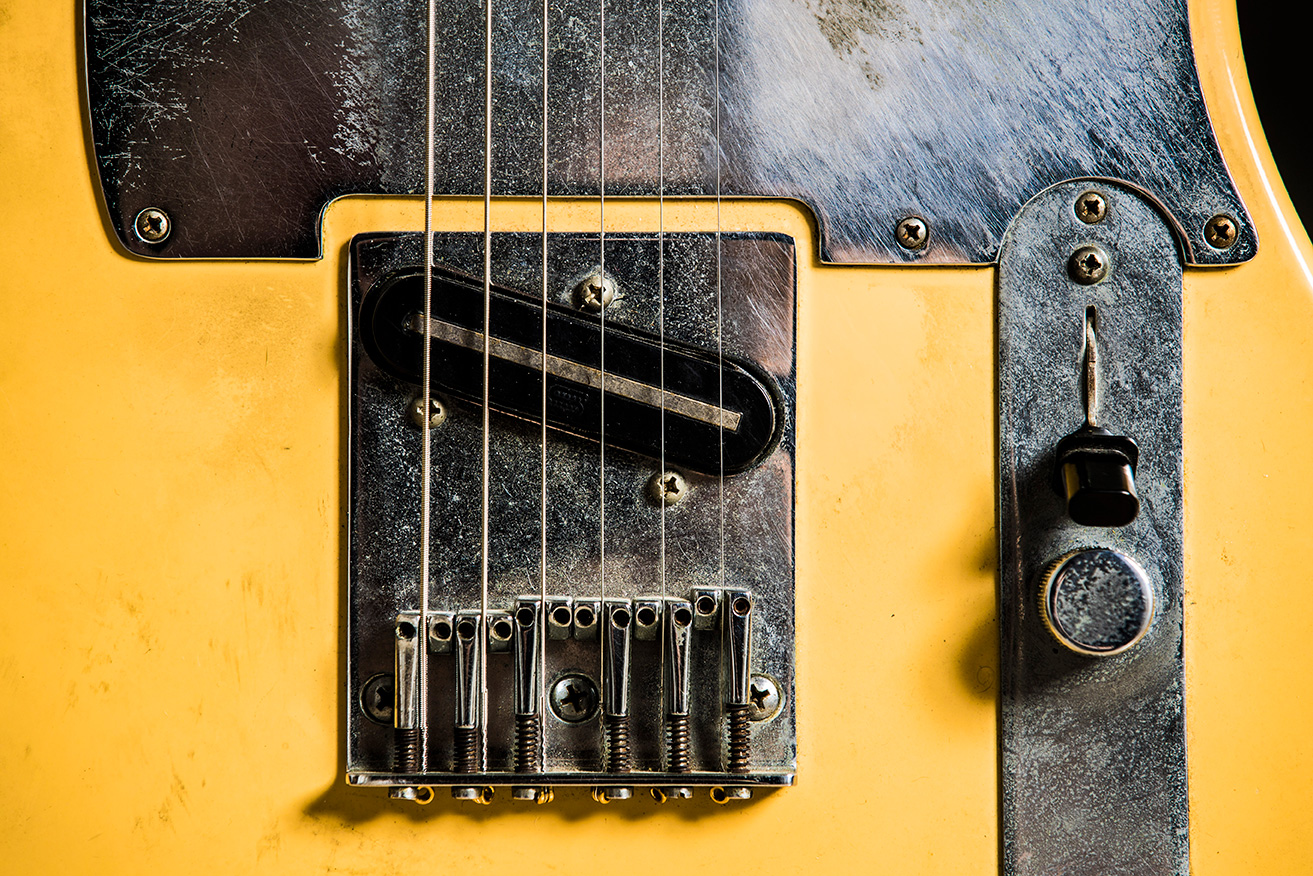 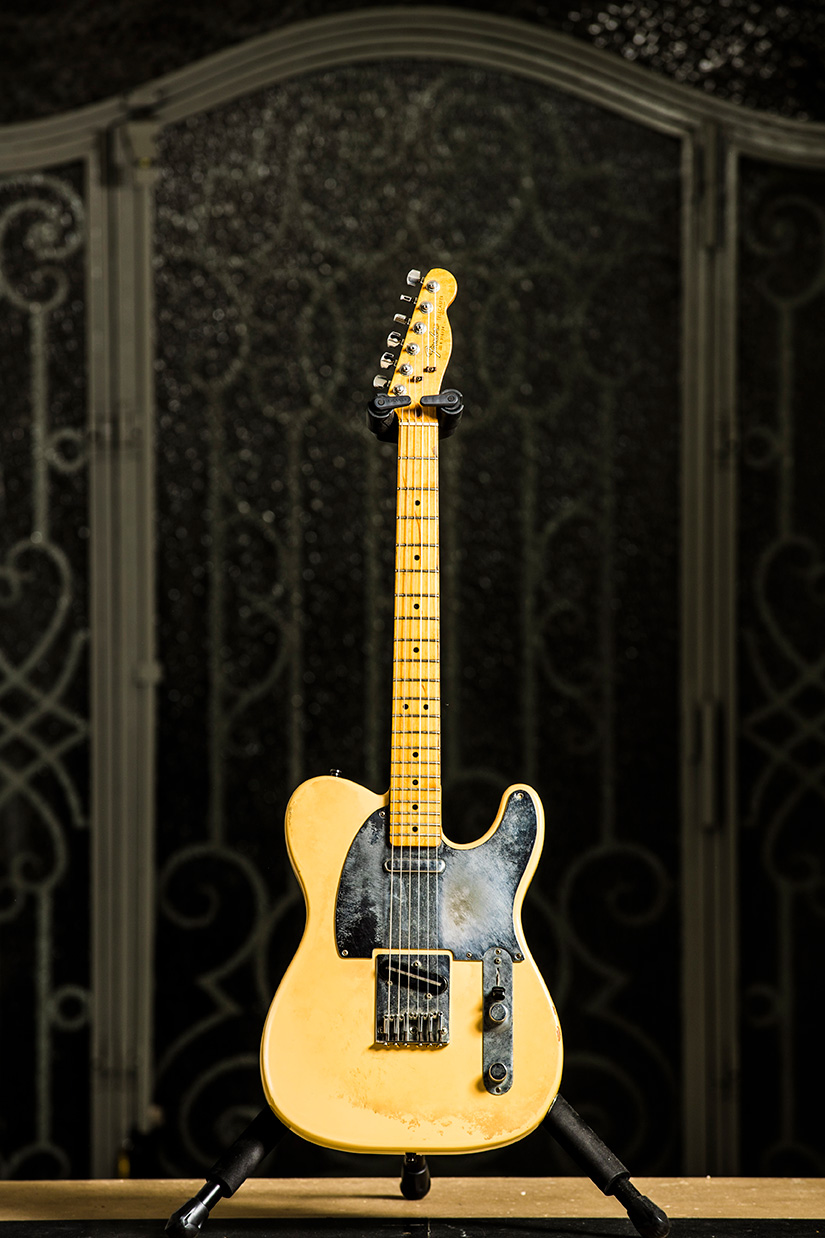 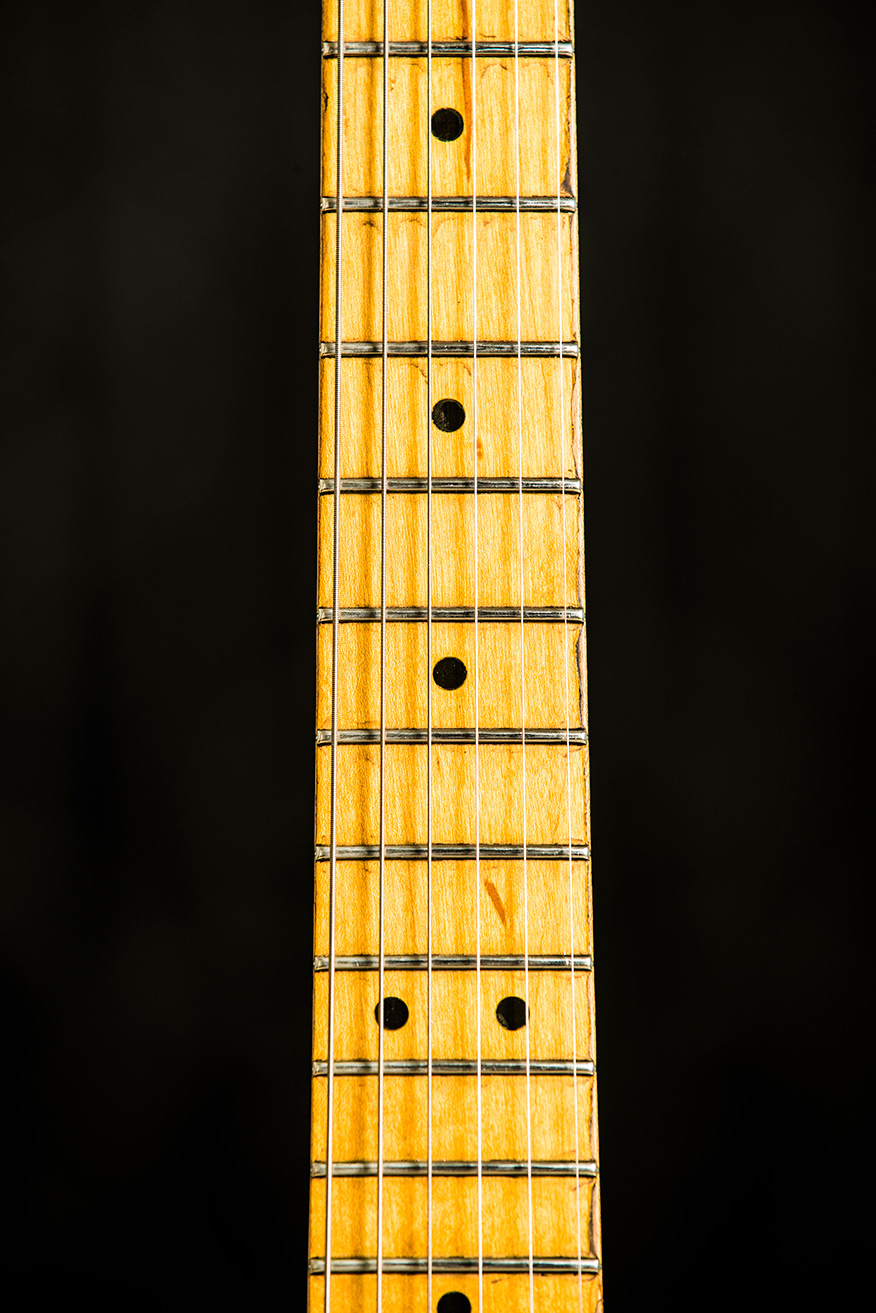 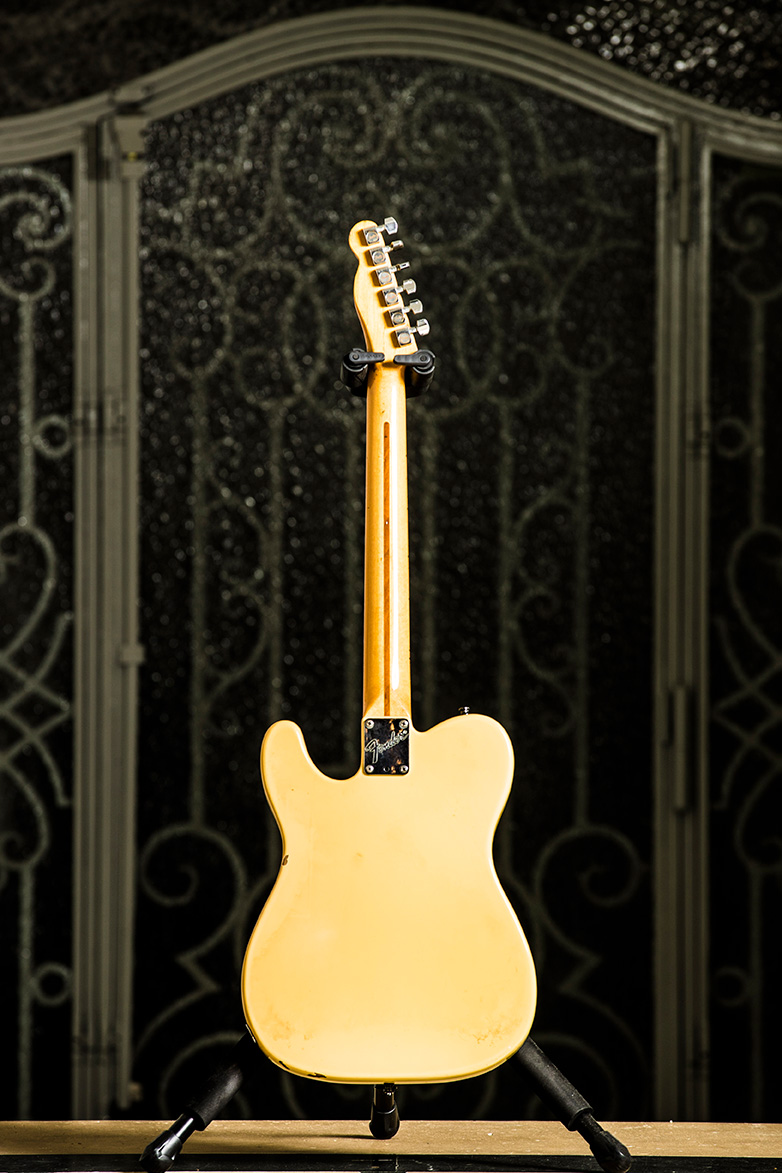 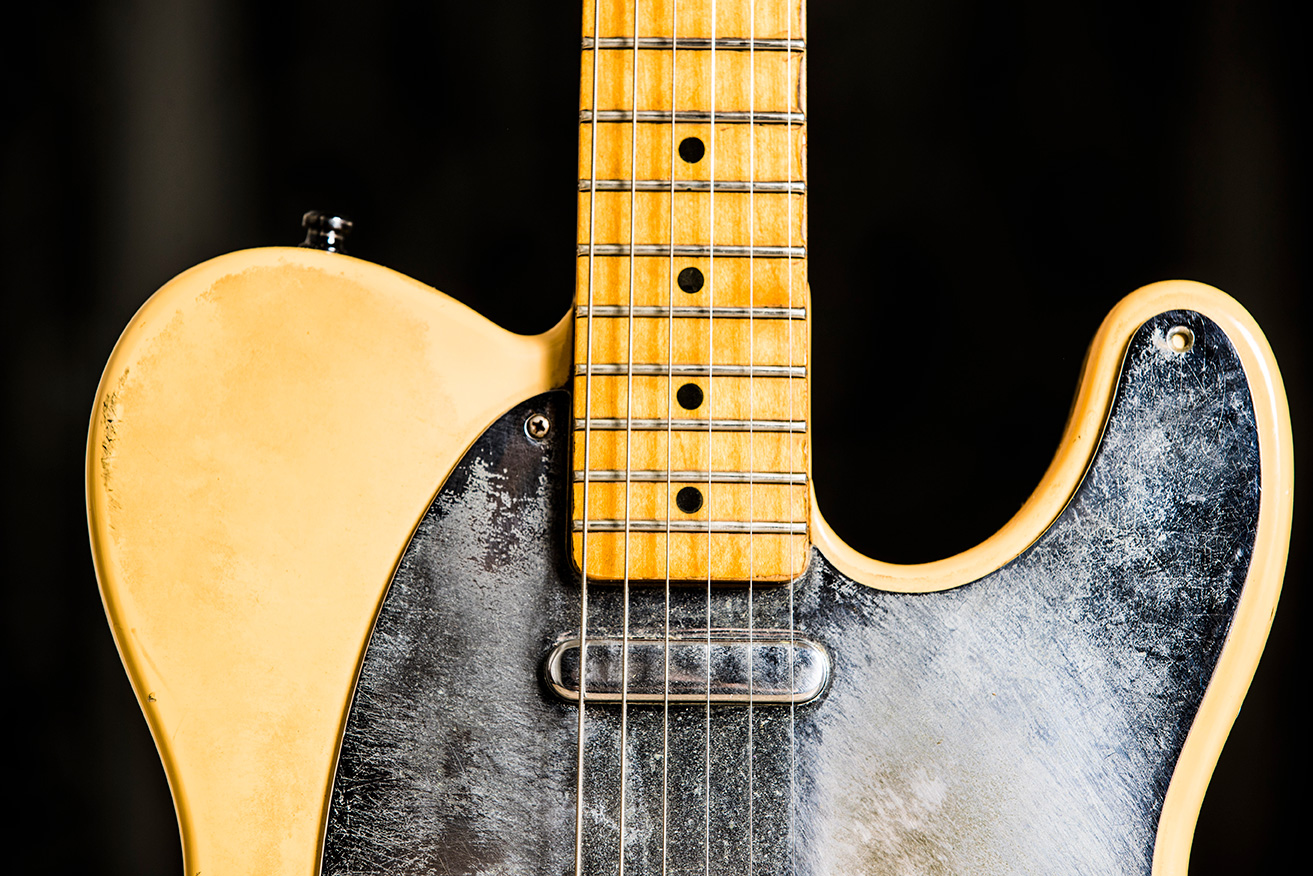 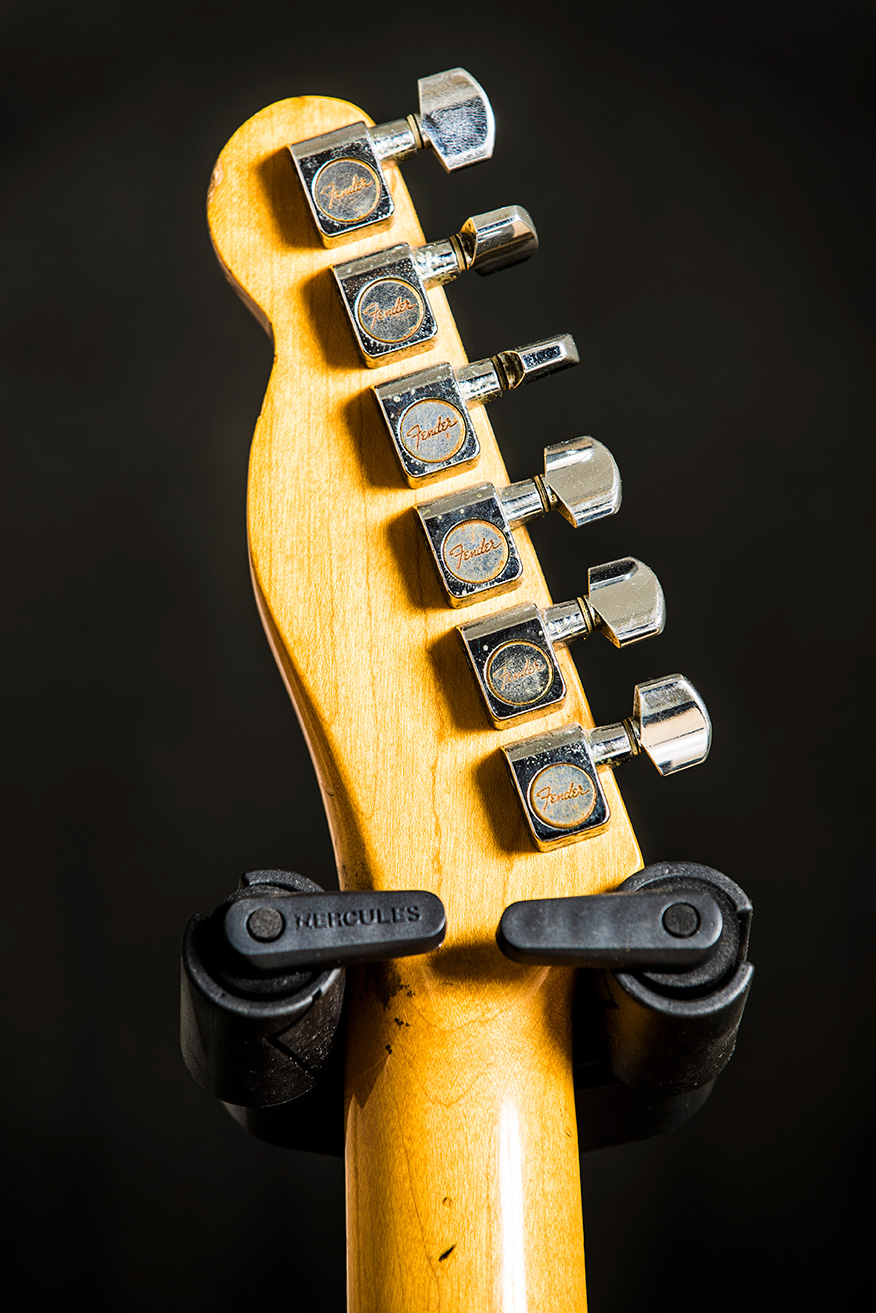 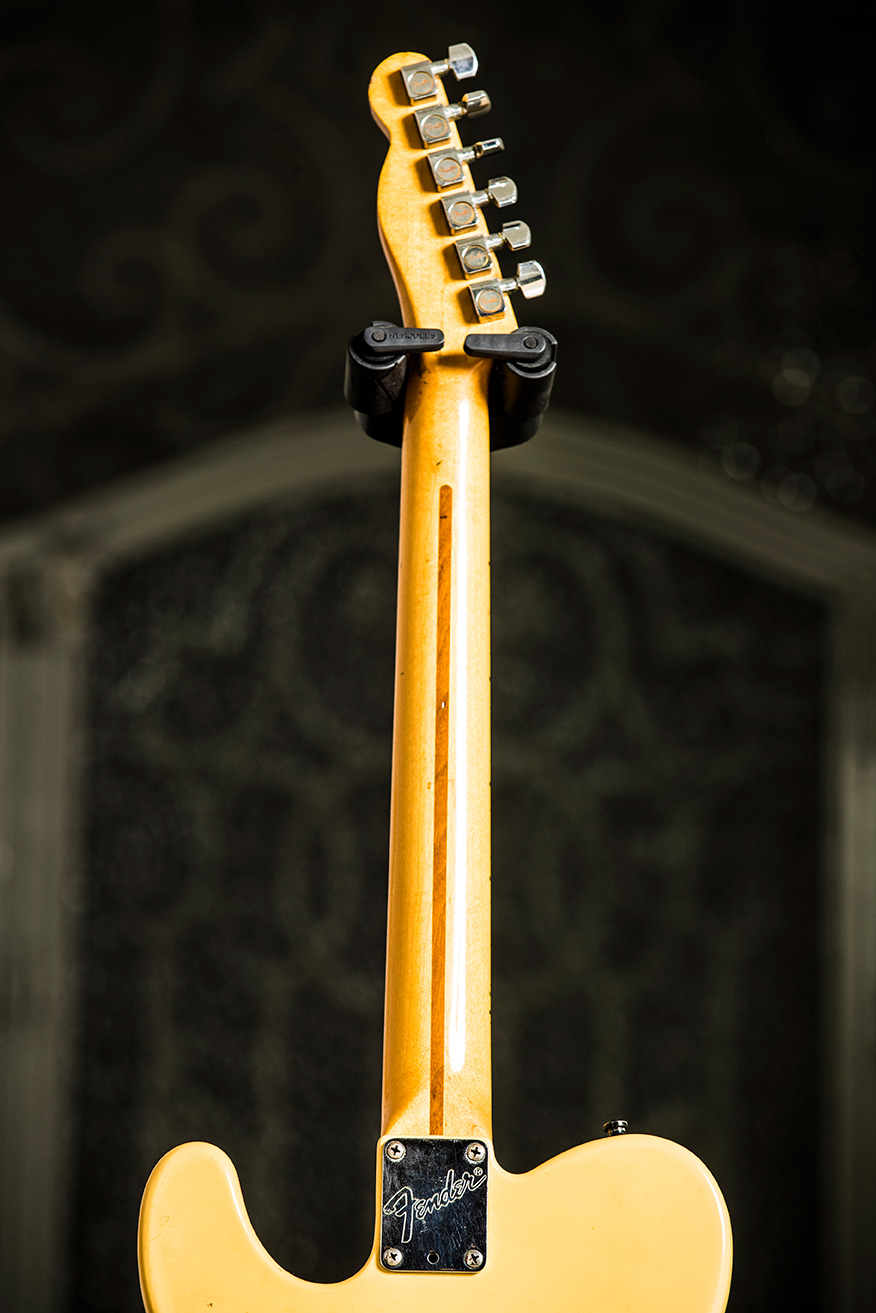 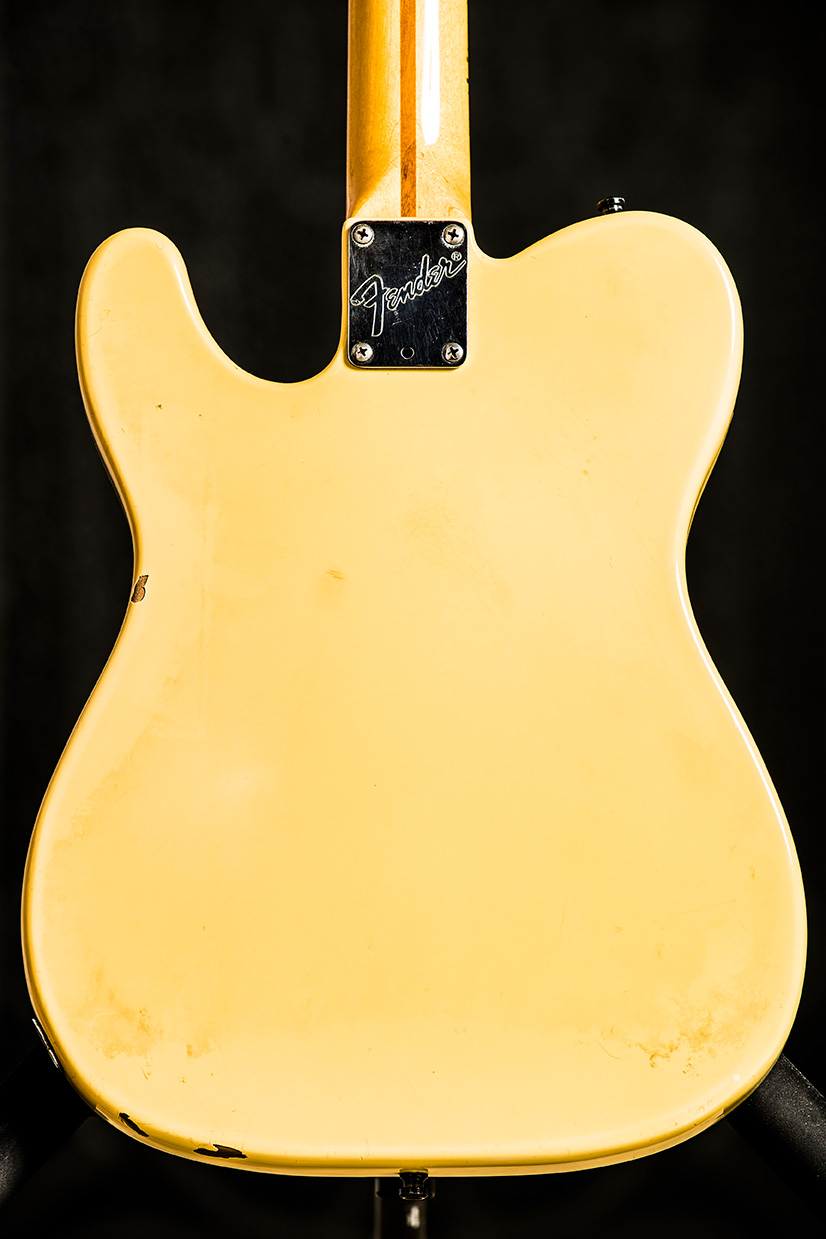 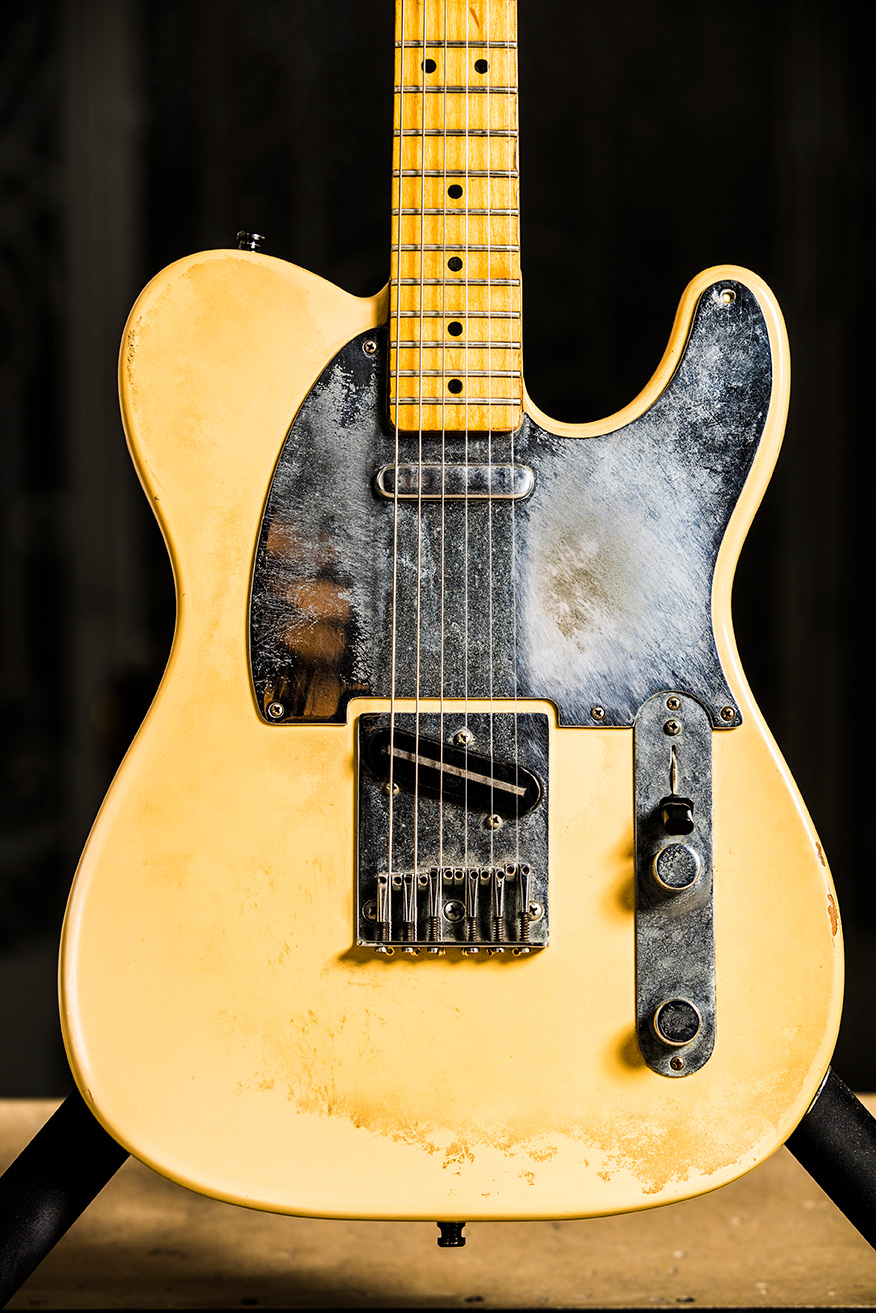 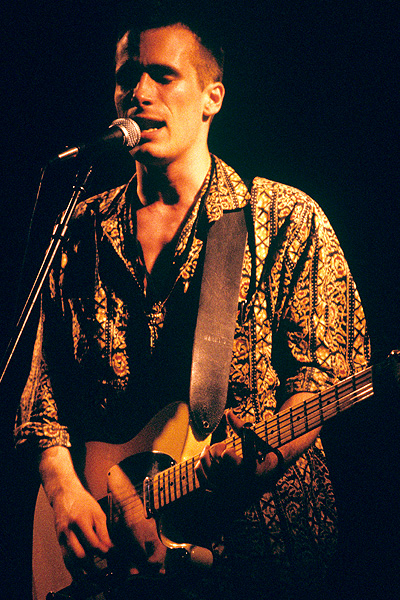 Jeff Buckley is a sublime anomaly, a timeless and anachronistic artist who really didn’t fit in with his time. While the world was fixated on Guns N’ Roses or Nirvana, young Jeff discreetly released the most beautiful album of the ‘90s, a deep and haunted music that owes as much to Led Zeppelin as to Edith Piaf. Yet, as a former student of the Musician’s Institute of Los Angeles, Buckley could have become just one of many shredders. His father was the artist Tim Buckley, but Jeff never knew him, so his musical upbringing came from his mother’s piano and cello playing.

And yet, it was through a tribute concert to his father in Brooklyn in 1991 that Buckley was noticed, and from there he began to develop his career as a solo artist between Los Angeles and New York. After accompanying many groups in a wide variety of styles, from jazz to reggae, he joined Gods And Monsters with Captain Beefheart’s former Magic Band member Gary Lucas, with whom he co-wrote several of the tracks on Grace. Buckley gradually established himself as the artist not to be missed in New York’s Greenwich Village. He was a regular on stage at the Sin-é club, where he played alone with his famous blonde Telecaster, taking the time to interact with an ever-growing audience.

In the end, he signed with Columbia after having been courted by most of the labels of the time. He enlisted the services of producer Andy Wallace (Slayer, Bruce Springsteen, Faith No More, etc.), assembled his band (with the second guitarist Michael Tighe) and recorded what would become Grace. The album was finally released in 1994, lost between the first Marilyn Manson and the second Boyz II Men. Despite its absolute finesse, that album initially struggled to find its audience, even if real connoisseurs (and fans such as Jimmy Page or Bob Dylan) agreed that it was a masterpiece. Buckley went on tour, and along with him went his three favourite electric guitars: a 1983 Telecaster, a Les Paul Custom Black Beauty from 1976, and a 12-string Rickenbacker for Last Goodbye, all plugged into a Twin combined with a Mesa Boogie Tremoverb.

Between two fiery concerts, Jeff began working on his second album To My Sweetheart The Drunk, but his drowning on 29 May 1997 brought a more than promising career to a sudden end. Since then, Grace has been rediscovered as one of the most important albums of its decade and the Buckley version of Hallelujah has become a modern anthem. And rightly so.