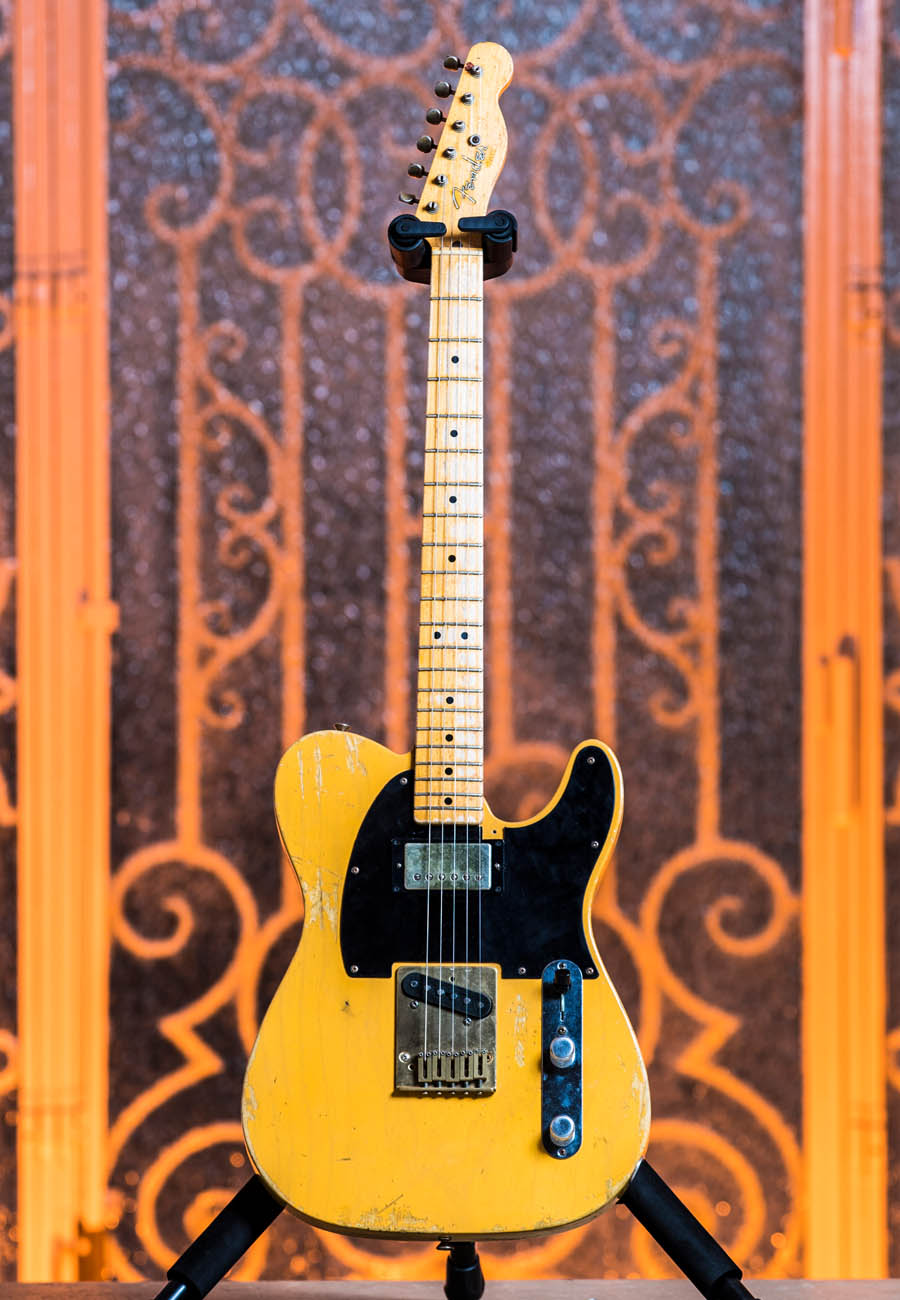 No guitarist has sold more butterscotch Telecasters than Keith Richards, yet there has never been a Fender bearing his name. There is no shortage of Ron Wood signature models by Duesenberg, Gibson and ESP, but the true British rock pirate has never been there yet.

There has never been a Fender Keith Richards signature, but this Tele is as close as it gets. This is an instrument built in 2014 by the Custom Shop for the Rolling Stones’ own monkey man, who immediately took it out for the 14 On Fire Tour. Even without being aware of that story, any guitar geek worth his salt can tell that this Tele is a replica of Micawber, the famous 1954 model who has been with Richards on every album starting with Exile On Main Street in 1972.

Like Micawber, this Tele has a neck humbucker with a black pickup ring on a partly cut off black pickguard. Like Micawber, it has a five-saddle bridge to accommodate Richards’ famous five-string open G tuning, without a low E string. A few details are missing to make it a perfect replica, like the Sperzel tuners, the white Strat pickup switch tip or the missing dot on the seventeenth fret.

Those imperfections would probably have been corrected had the model become a real project. But the incorruptible Richards decided to send the guitar back to the Custom Shop after the tour, accompanied by two cigarette butts that are still in the case. The certificate clearly indicates “KR Prototype”, which makes it a truly historic guitar documenting the signature model that never was. At the end of the day, it is a butterscotch Tele that was played on stage by Keith Richards, do you really need to know more? 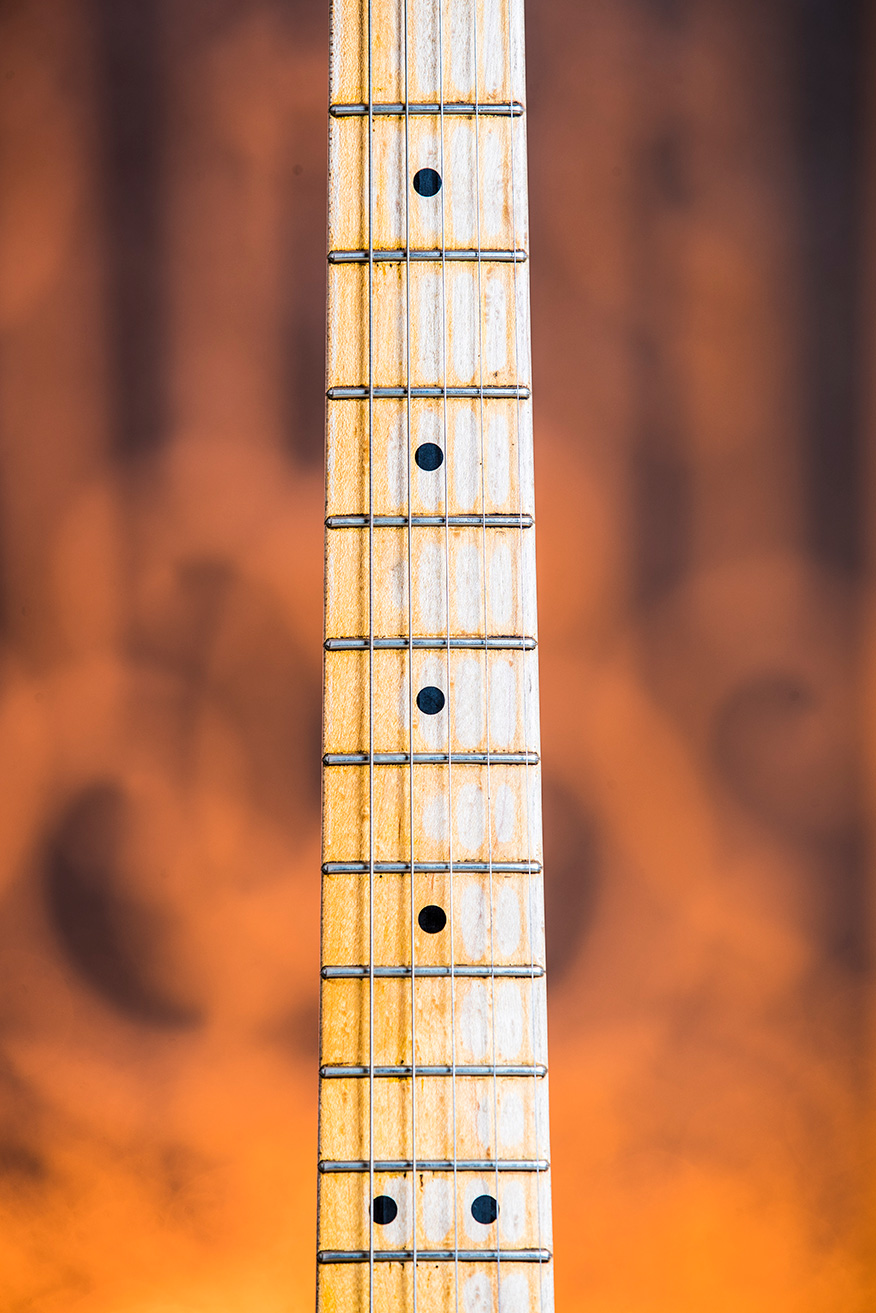 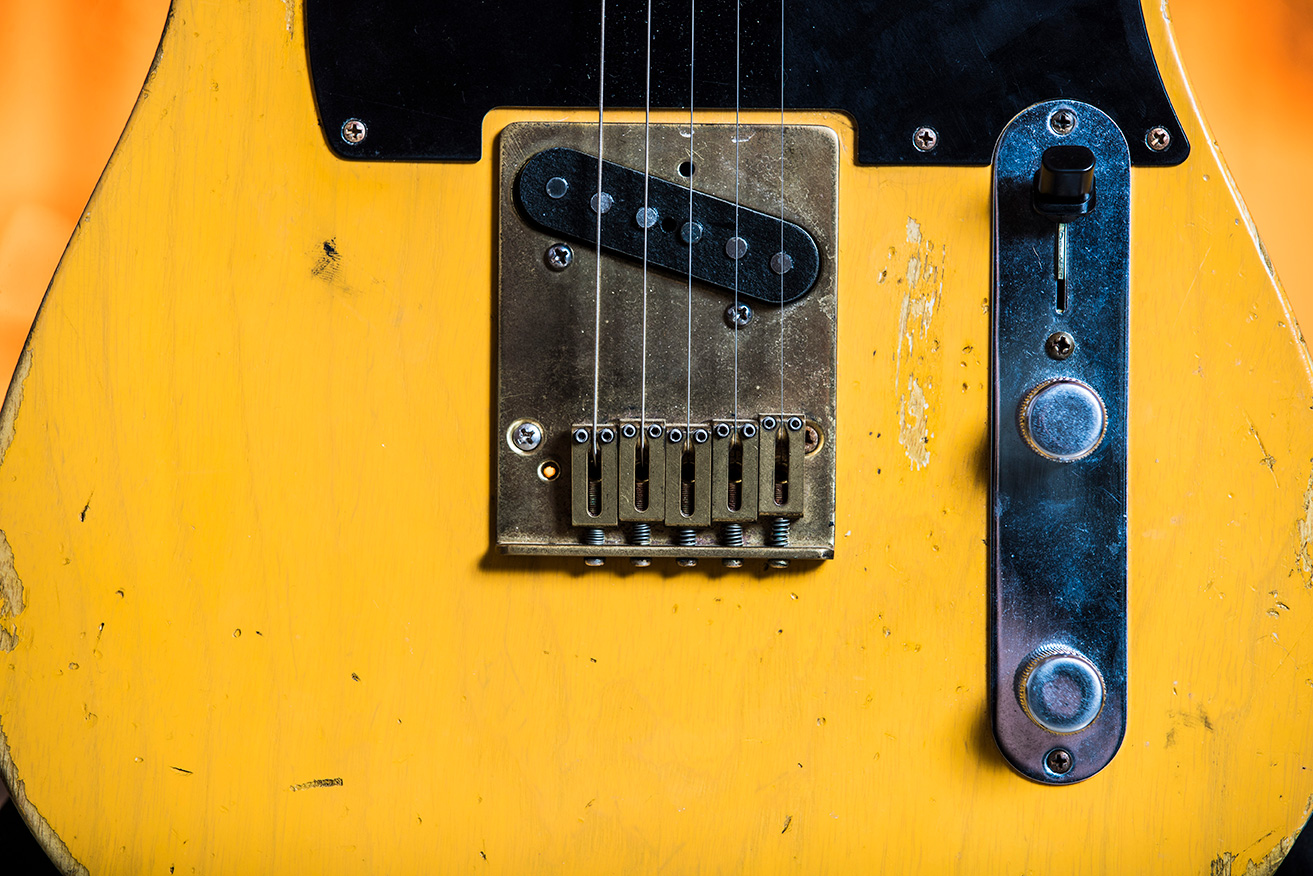 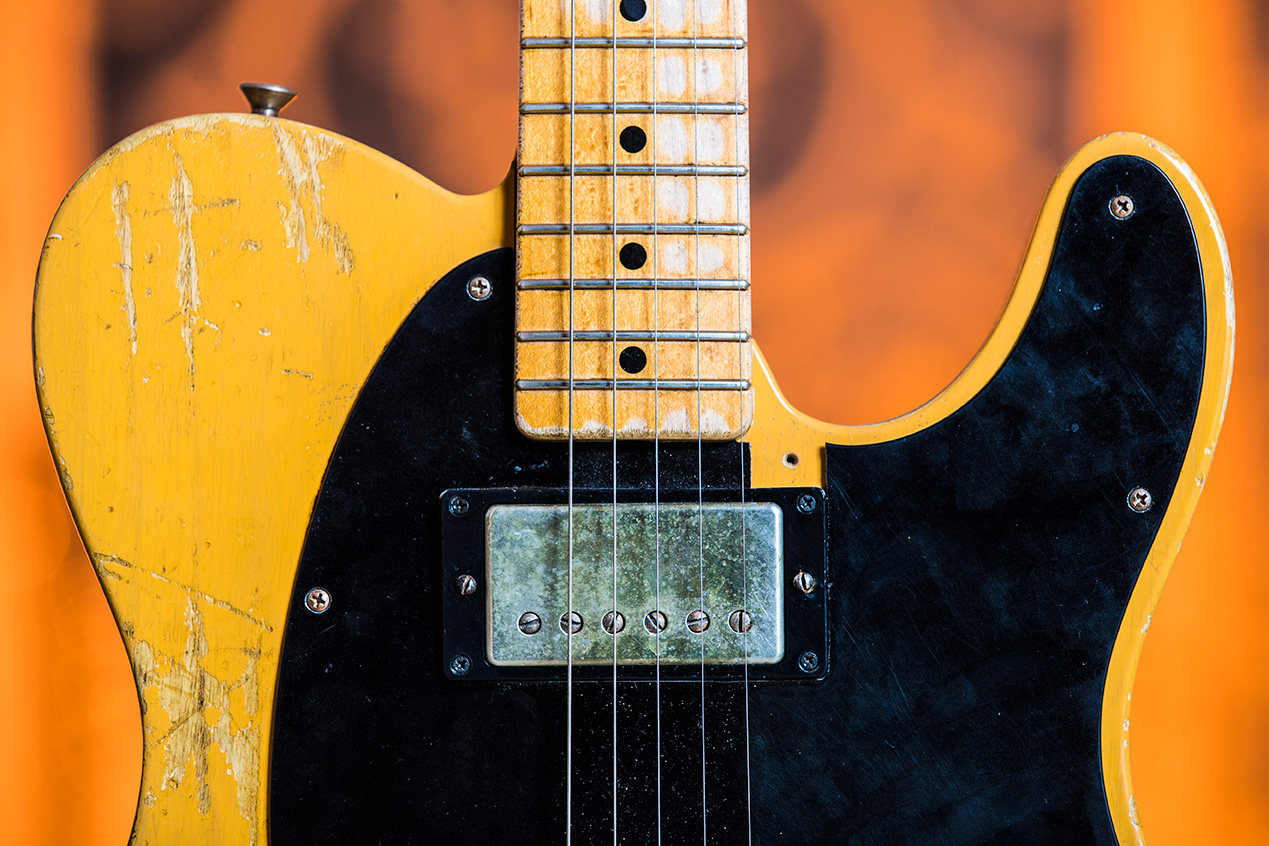 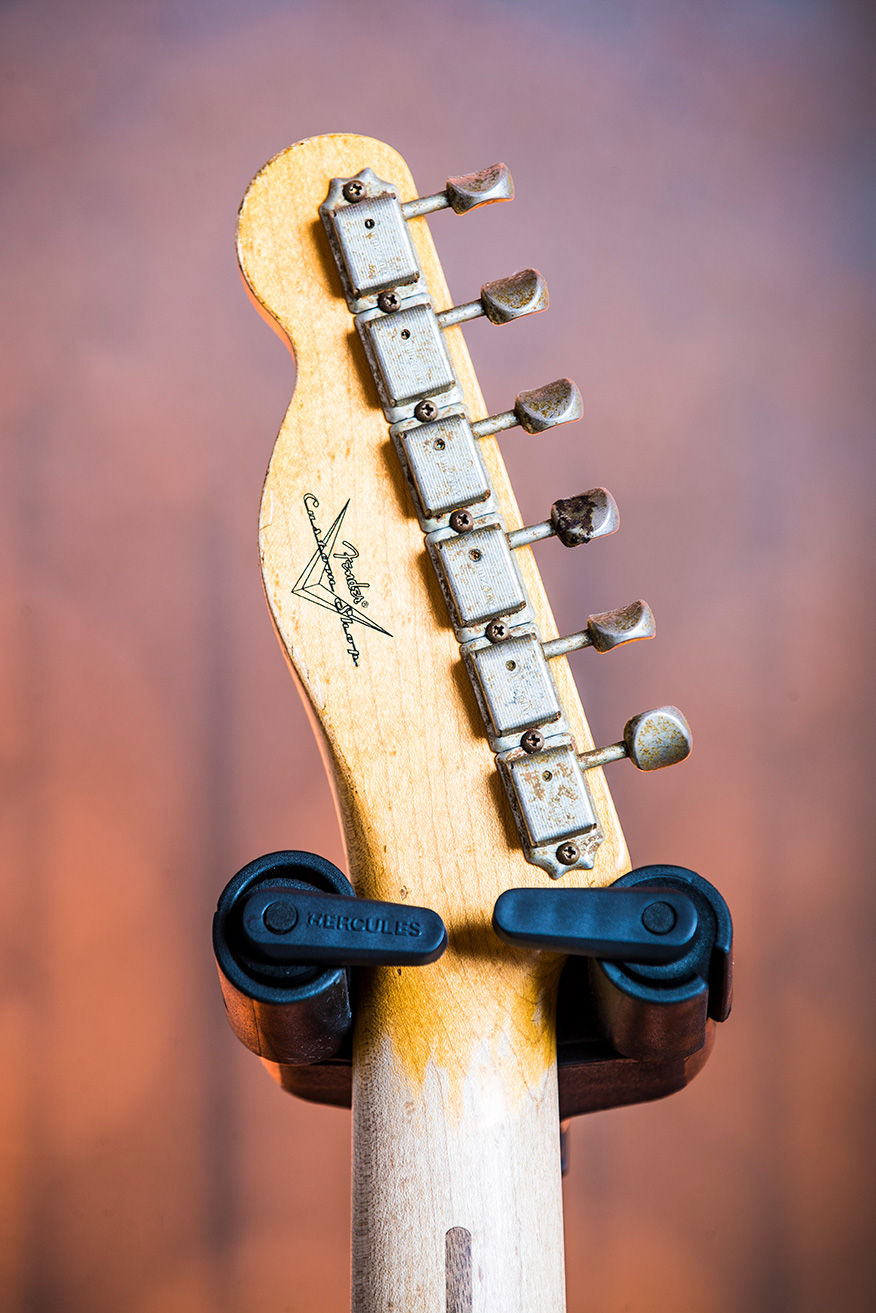 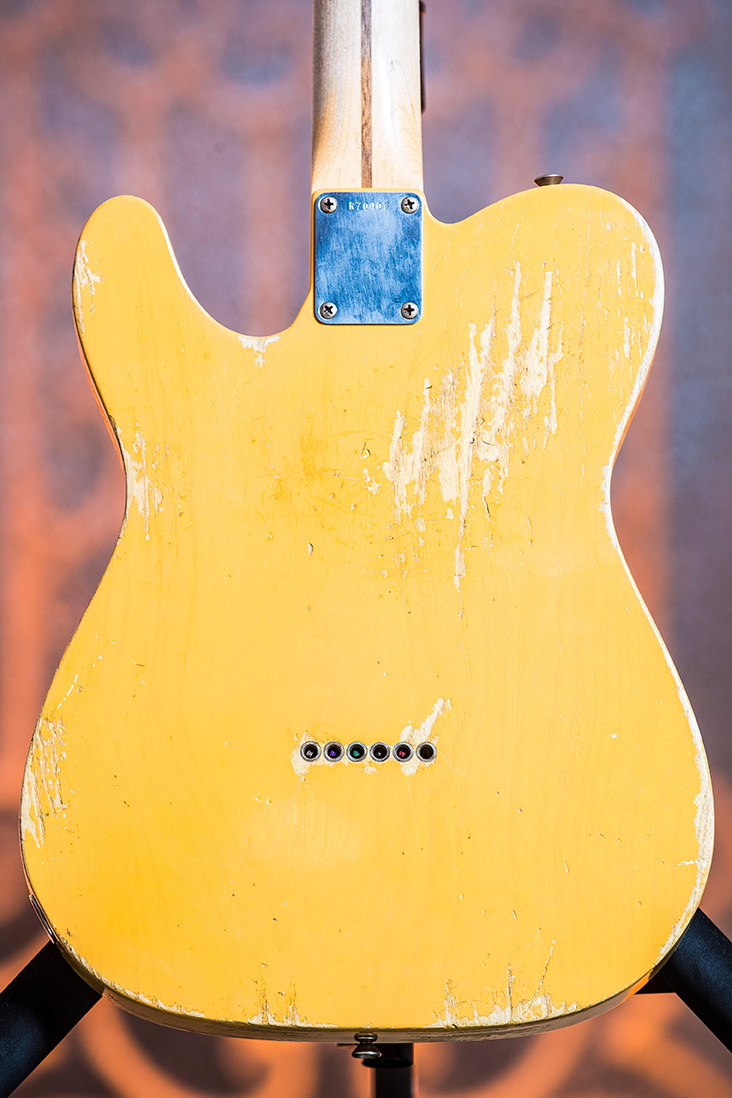 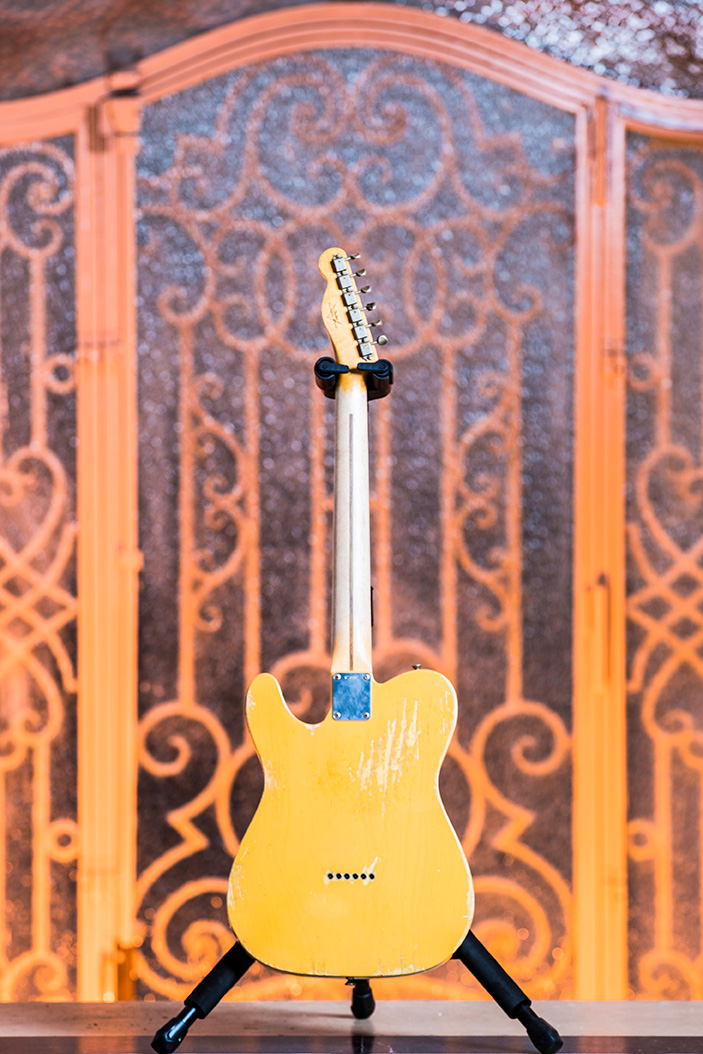 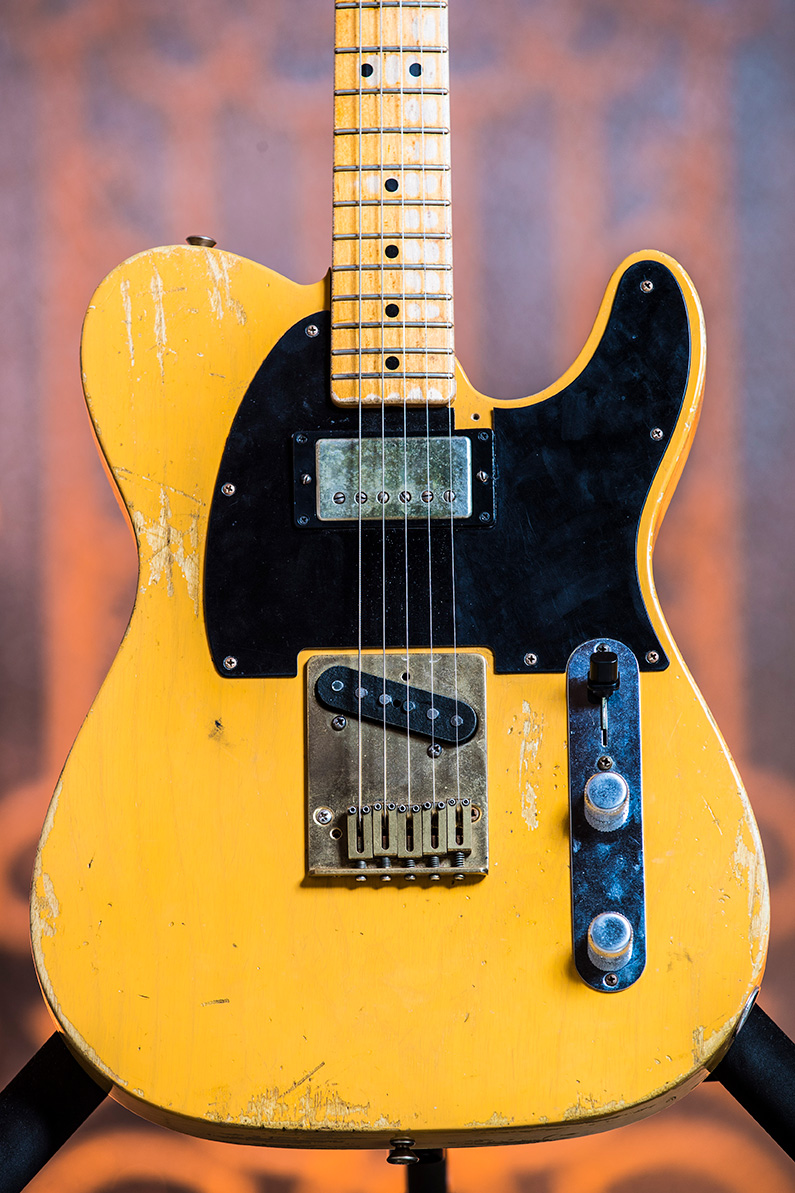 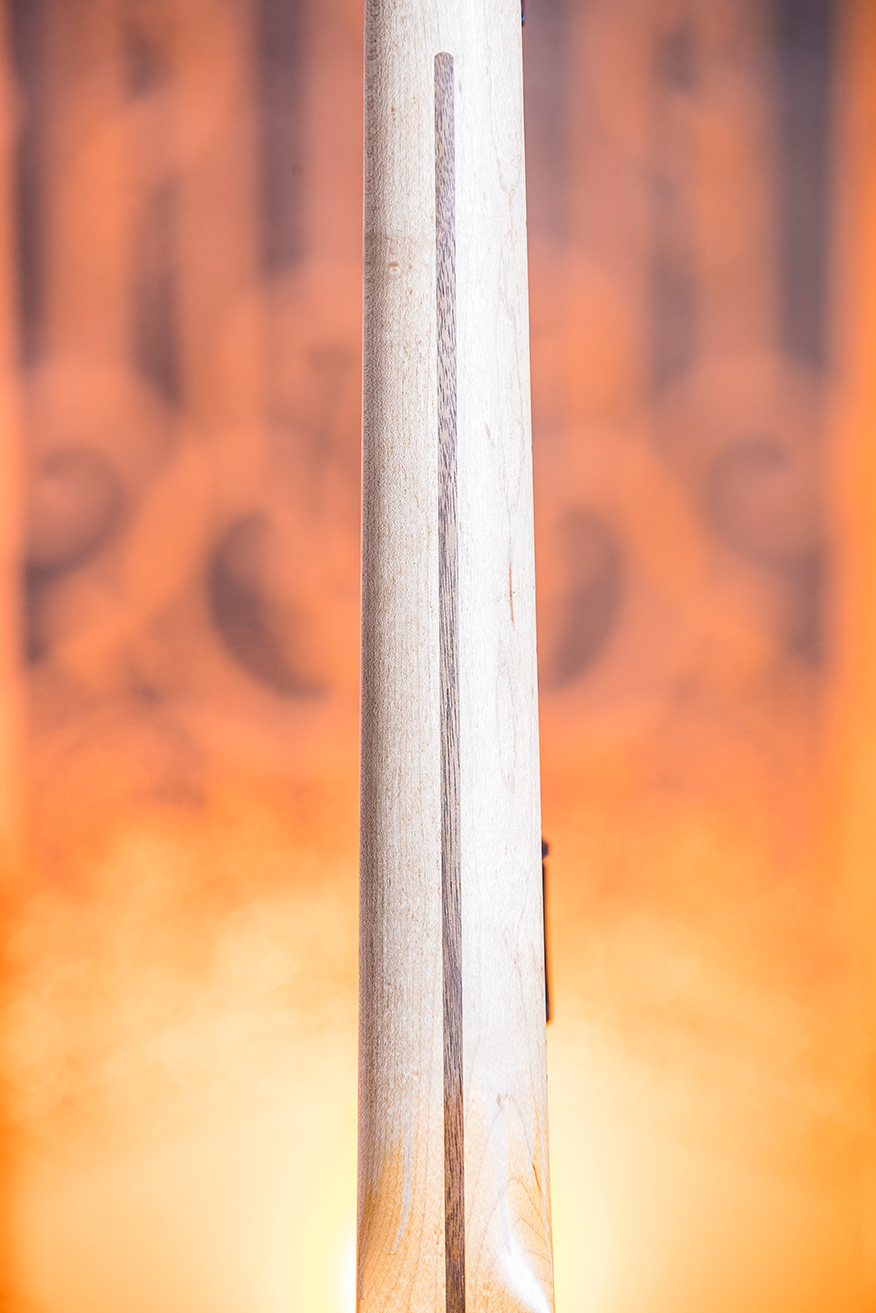 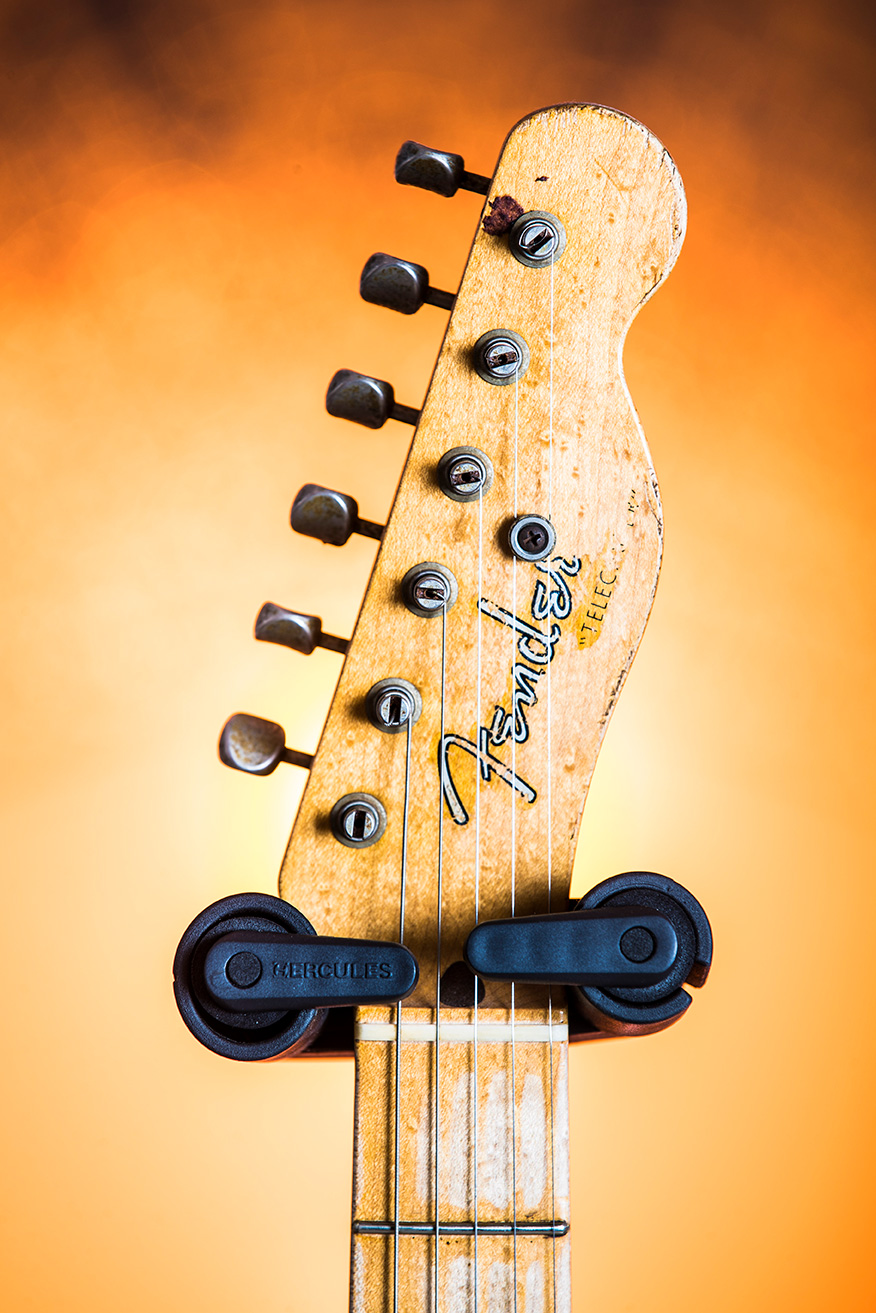 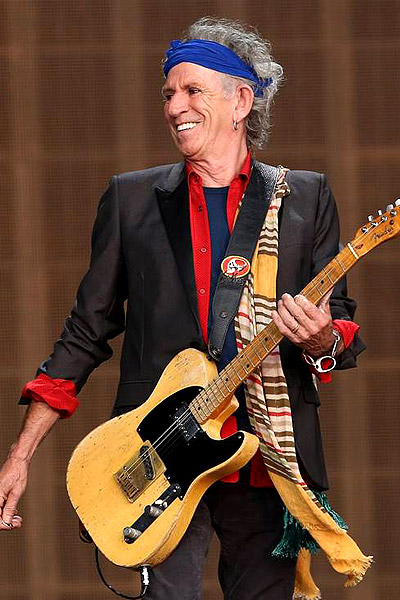 The human riff, the monkey man, the toxic twin… Keith Richards is a fascinating enigma, even beyond the musical field. Scientists still don’t understand how one can stay alive after such a life of excess of all kinds.

But Richards is not only a picturesque romantic character, he is a brilliant musician first and foremost. He invented his own style and influenced most rock guitarists in the process. When he formed his band with Jagger in 1960 (the band was not called the Rolling Stones yet), Richards was deeply influenced by Chuck Berry, who has always remained his hero. Keith’s playing has integrated Berry’s riffs mixed up with blues bends from his favorite Delta records.

The Stones’ music has evolved and changed throughout the sixties, and by the time of the Let It Bleed album, they had mastered a bluesy and sticky style of rock that remains unique to this day. This is when Richards wrote his best riffs using the G open tuning. That new color, inspired by Ry Cooder, allowed Keith to develop a new rawer and stinging approach that perfectly matched the band’s harder sound and the introduction of Mick Taylor as the other guitarist in the band.

Richards is a rhythm guitar player, with all the nobility implied by that crucial and seemingly modest task. He holds the music together, he pushes the band forward and gives it the elastic sound of two guitars perfectly complementing each other. His complementarity with Ron Wood is almost telepathic, they both play off each other without ever stepping on the other’s toe.

Then there’s Keith’s sound, between a merciless Telecaster sting and a softer but vicious Gibson acoustic. Whether in his main band, with his side project X-Pensive Winos, on his great solo albums or as a guest star with Tom Waits, Richards’ touch is unmistakably his.