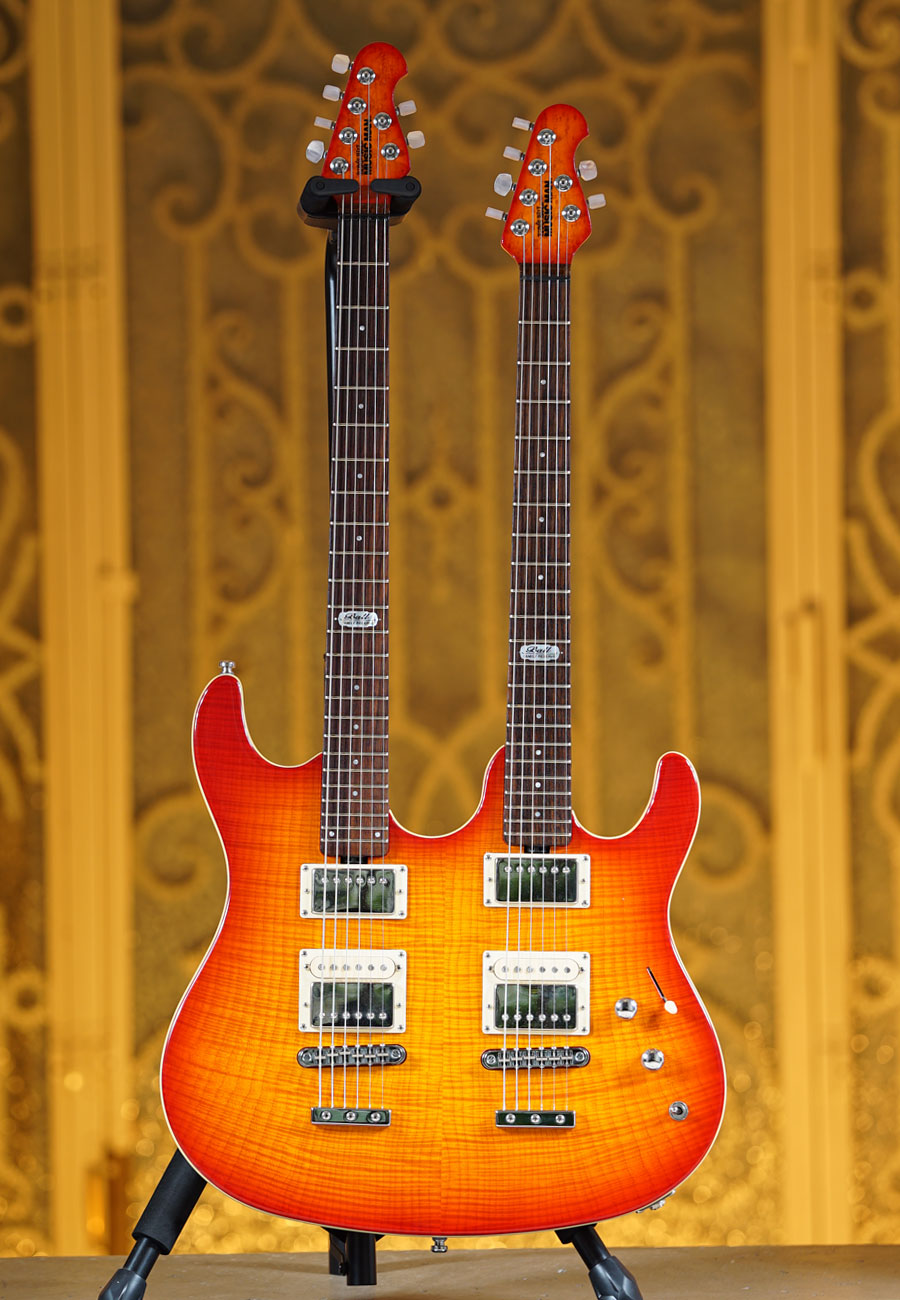 Among the many guitars played on stage by Joe Bonamassa, that one can be spotted from a mile away. It is a double neck, and contrary to what could be expected of a vintage fanatic like Joe, it is not a Gibson EDS-1275, but rather a Music Man custom made for the blues prodigy.

The point of that guitar was to play The Ballad Of John Henry, the title song for his 2009 album. Indeed, that song has a huge low-tuned riff in B which made a baritone with a longer scale length guitar necessary. This is the upper neck, whereas the lower neck is tuned to standard with a regular scale length.

The design was inspired by the Steve Morse Music Man signature model with its shape and the single coil pickup right next to the bridge pickup on both necks. There are also a few reminders of Joe's fascination for Les Paul Bursts in his choice of a two-part flamed maple top (with matching headstocks) as well as the covered humbuckers with cream rings. The Ball Family Reserve logo is inlaid at the twelfth fret, the unmistakable sign that the best woods have been used to create this monster.

Joe Bonamassa has had this guitar built in 2009, and took it around the world only to play the song The Ballad Of John Henry. One night in St Petersburg, part of his rig didn't show up on time for the concert so he had to play the song in E on a regular guitar. This is when he decided that it was much simpler to play in E and not having to haul a double neck around the world. That is why Joe decided to sell that stunning guitar which has joined Matt's Guitar Shop's collection. 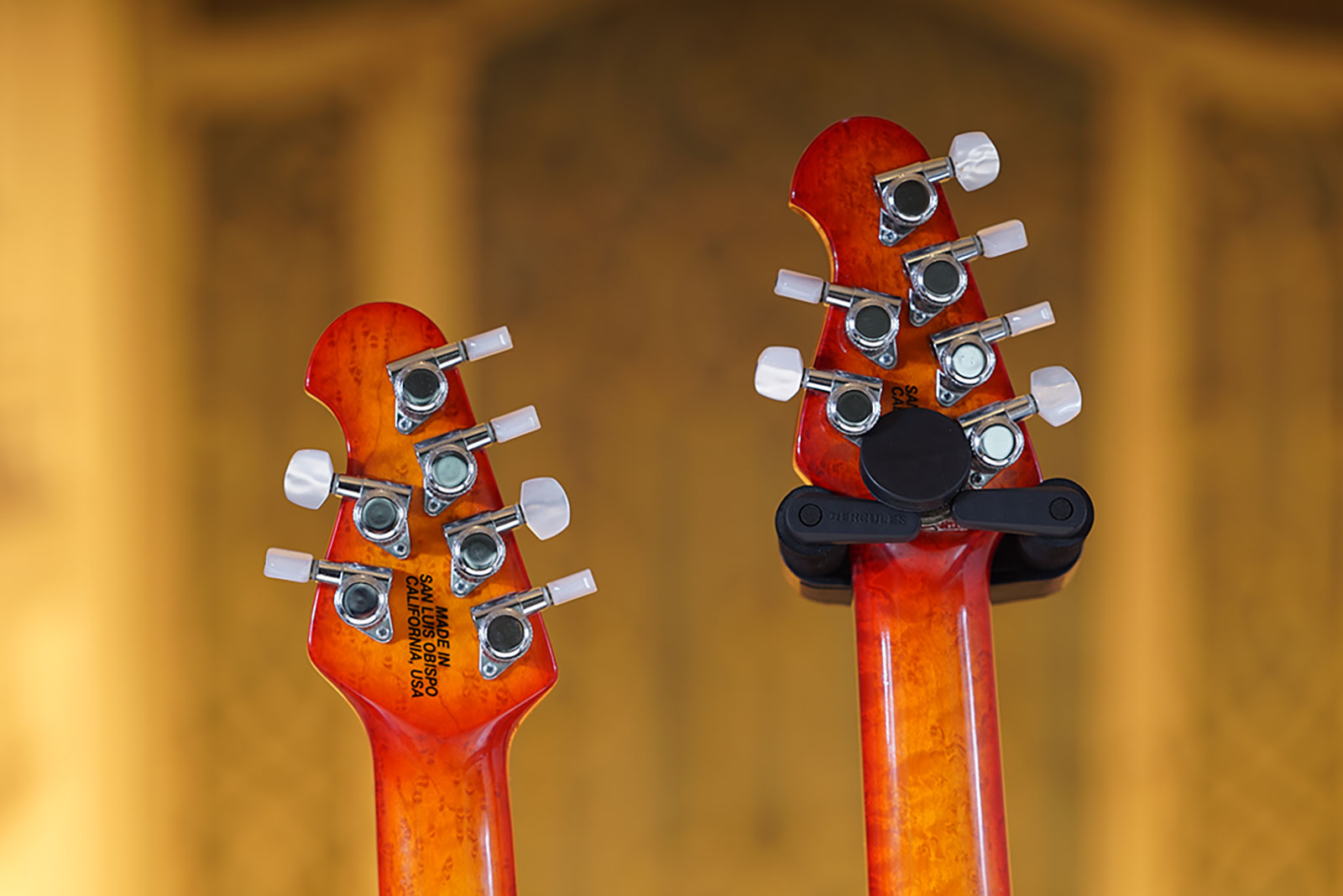 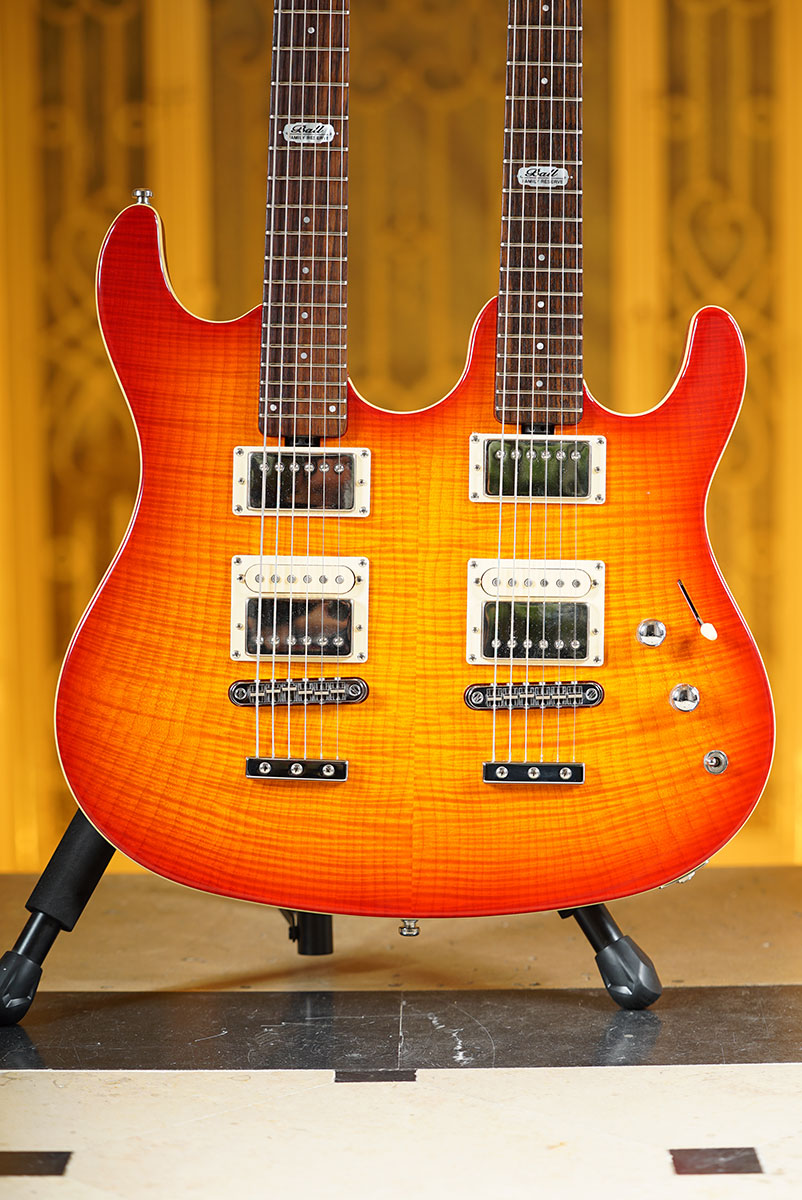 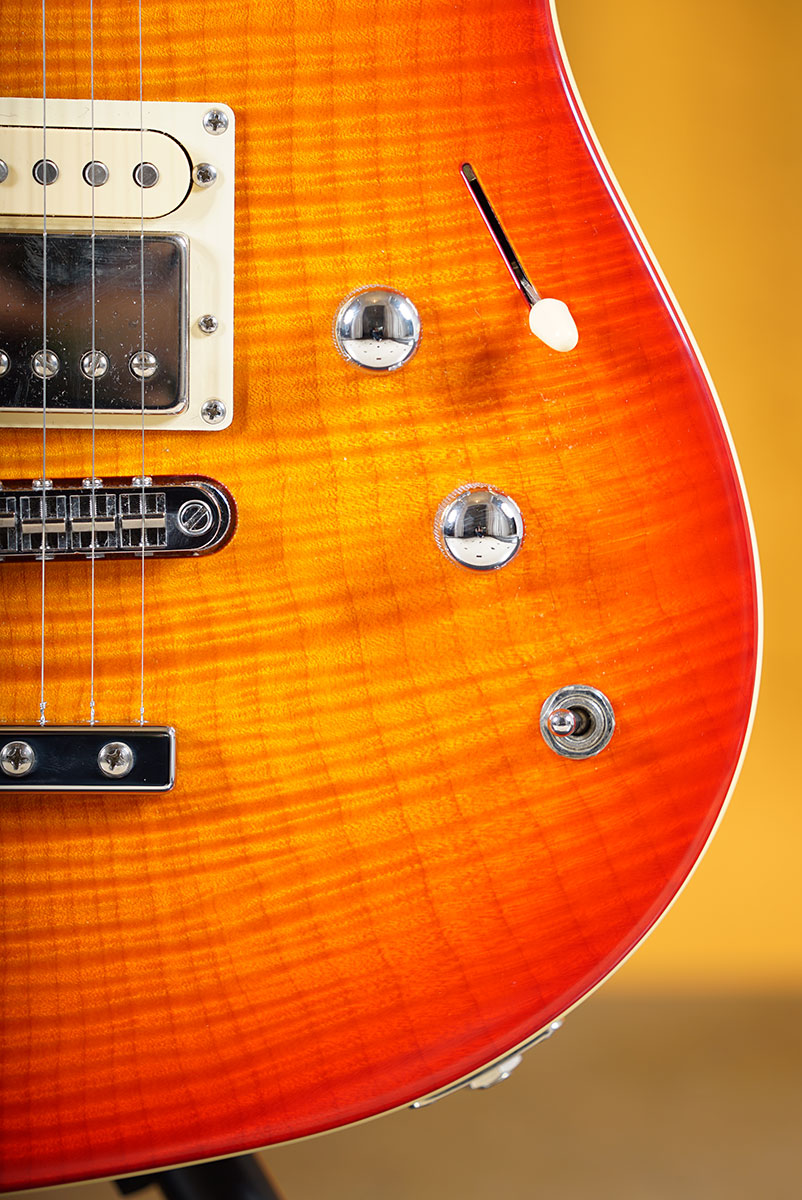 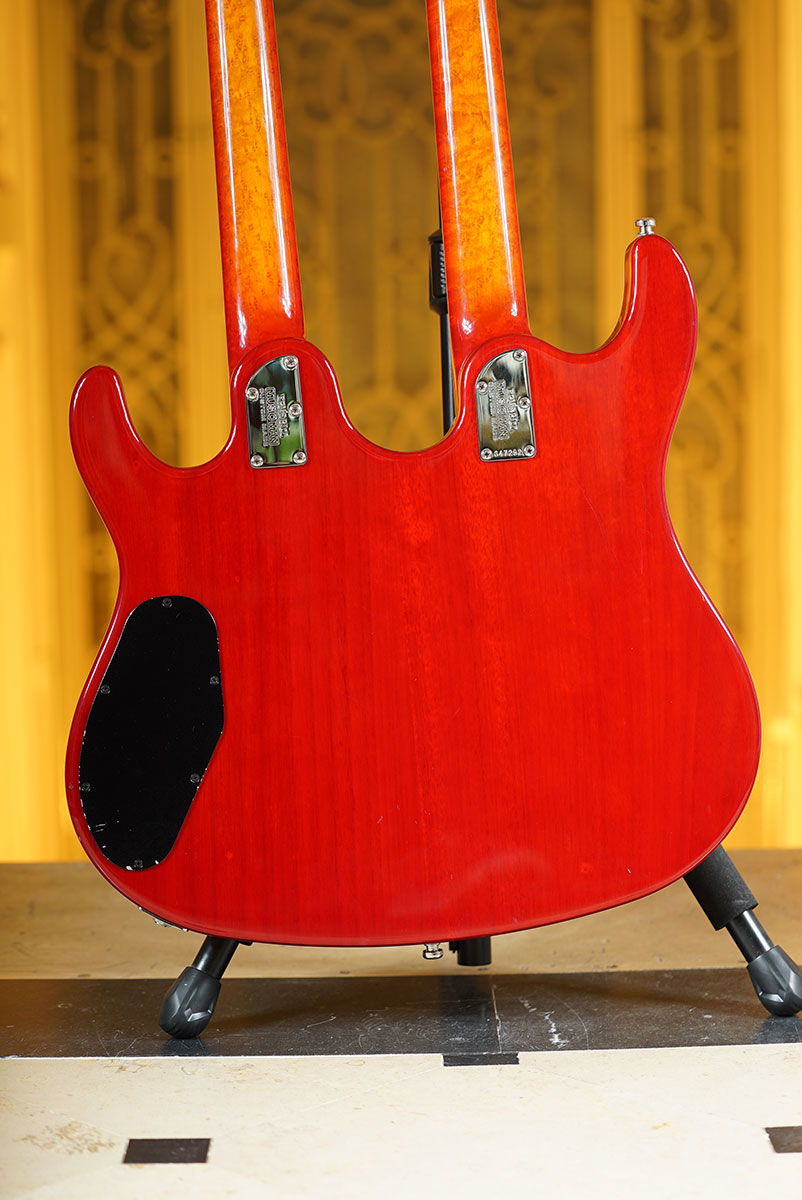 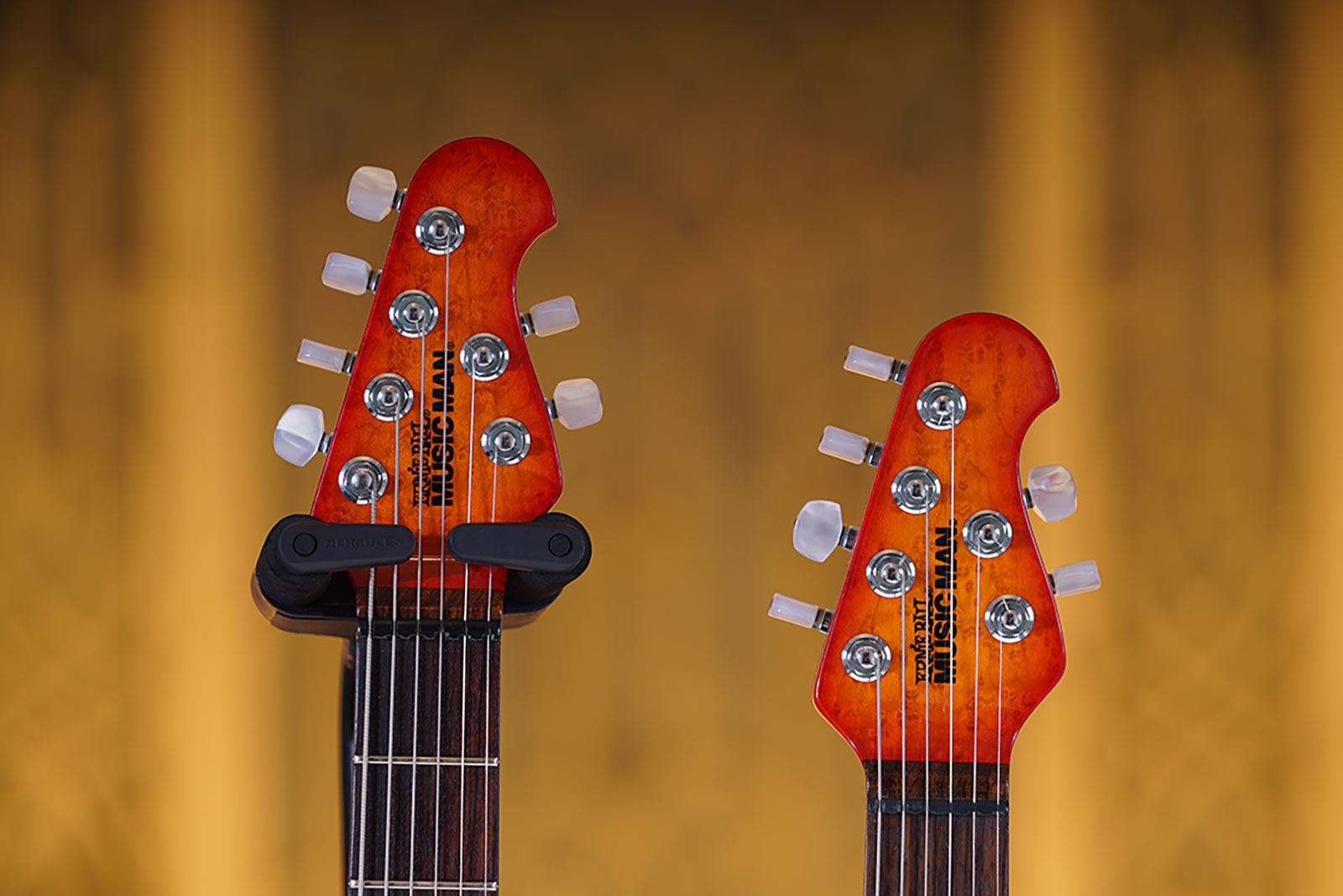 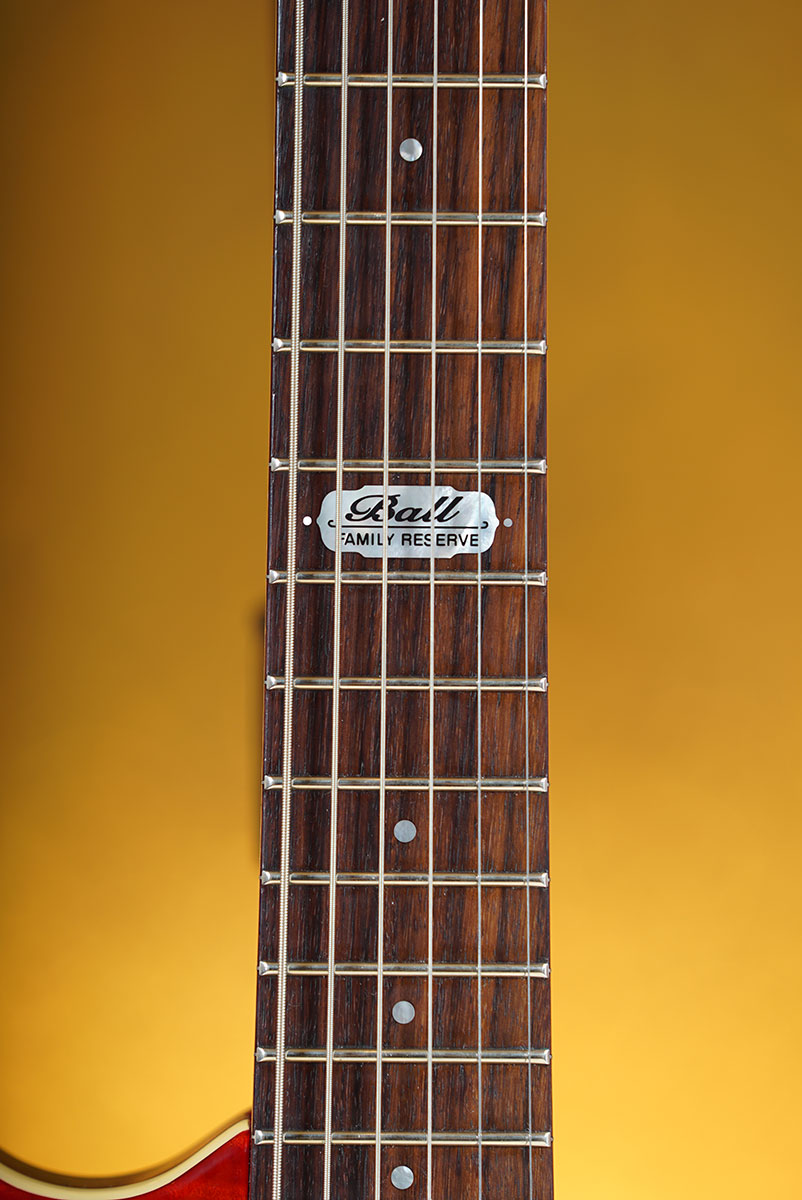 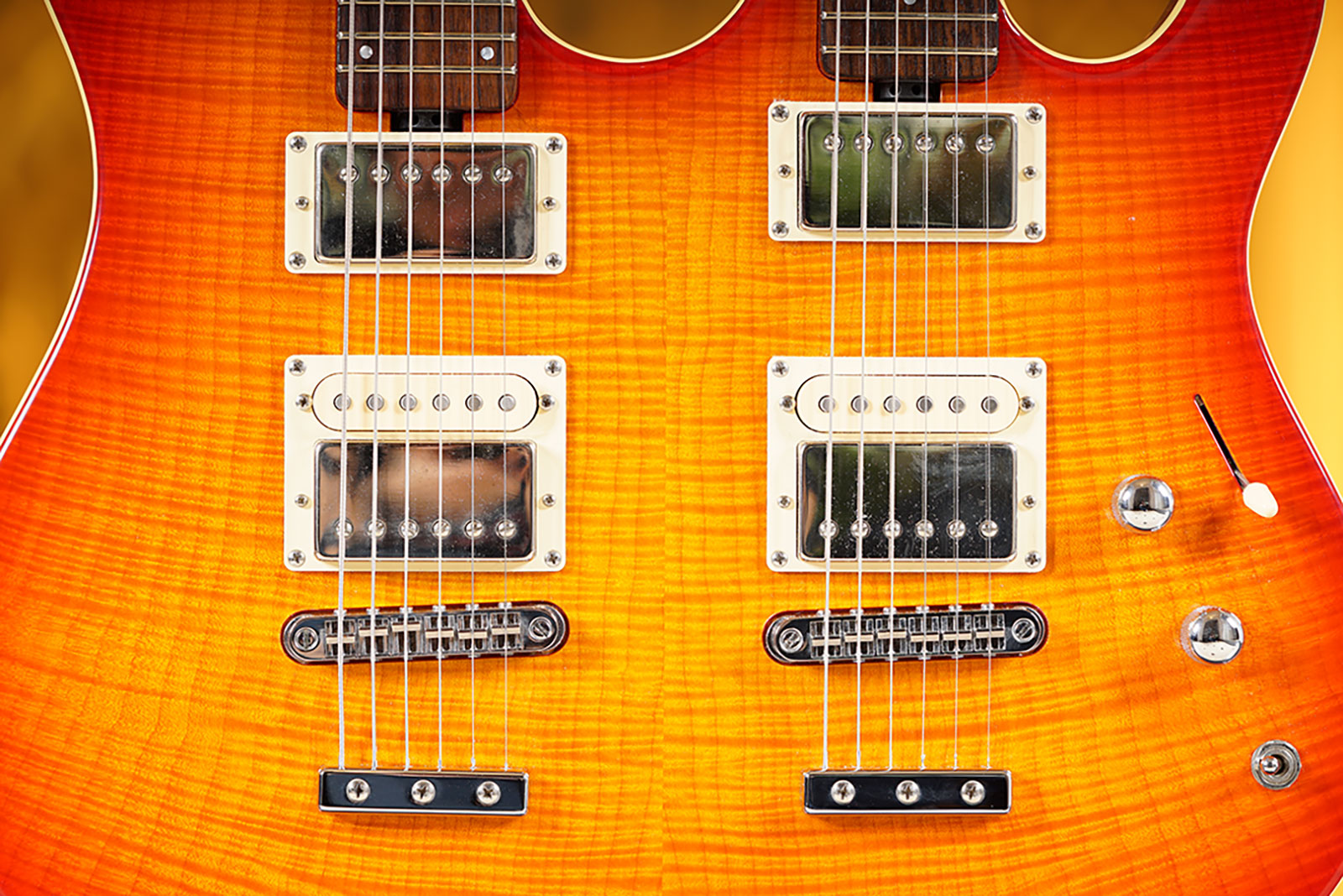 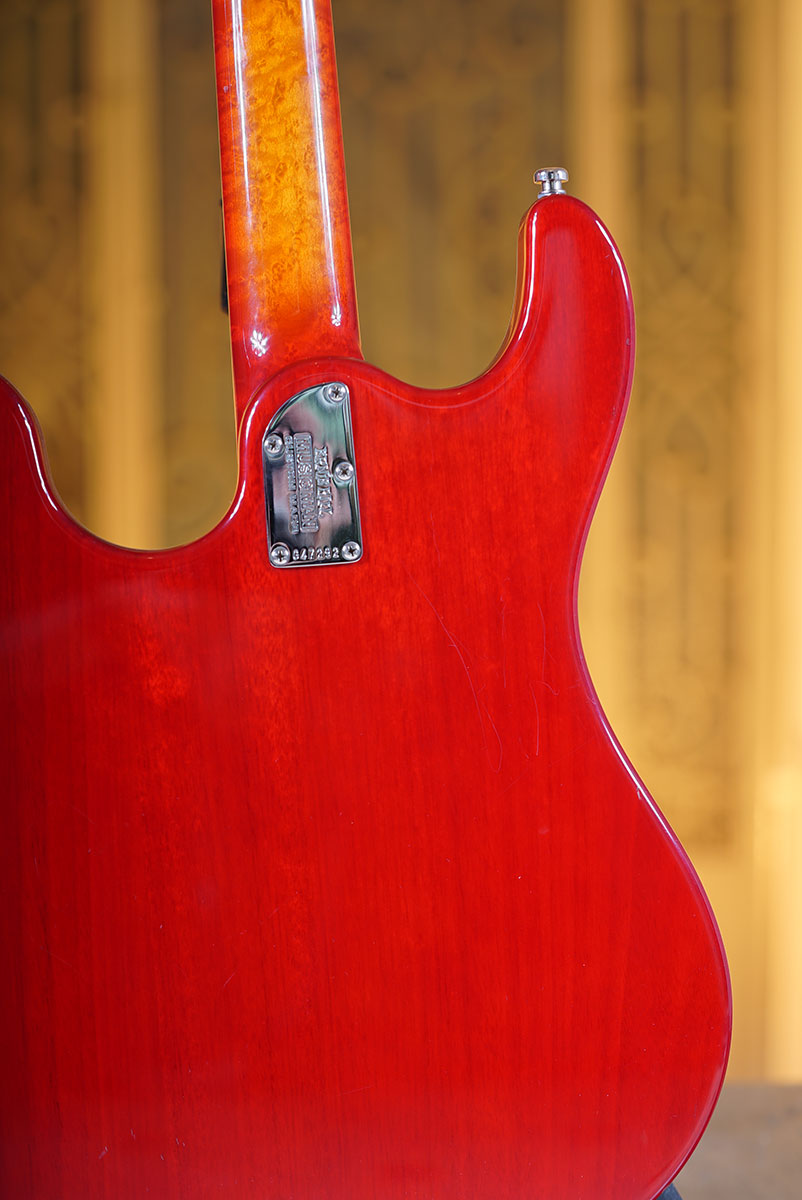 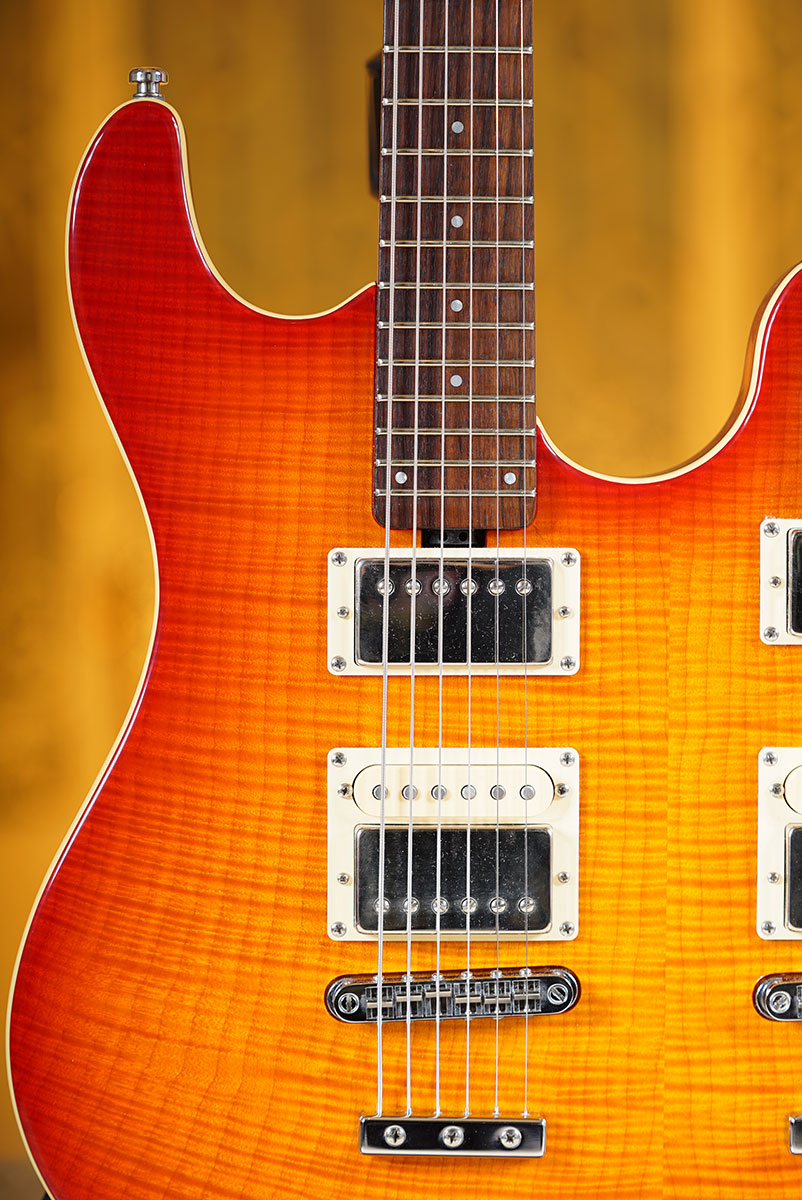 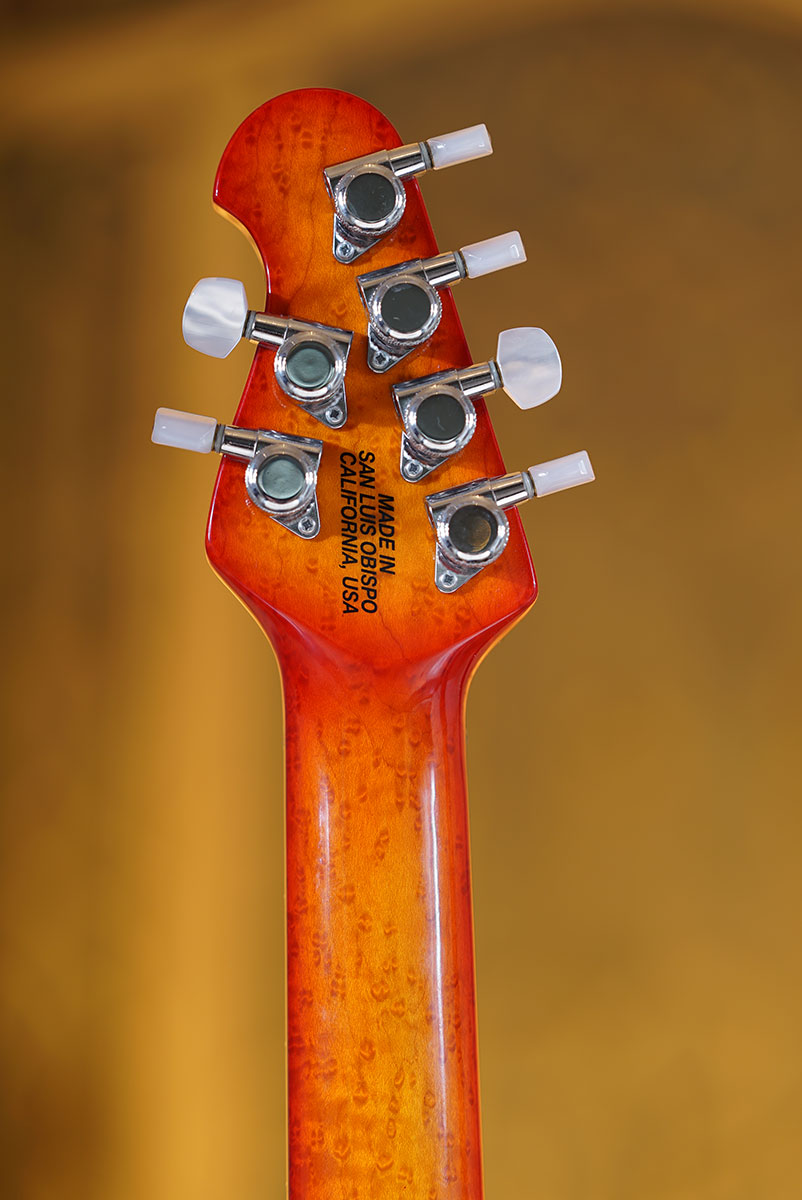 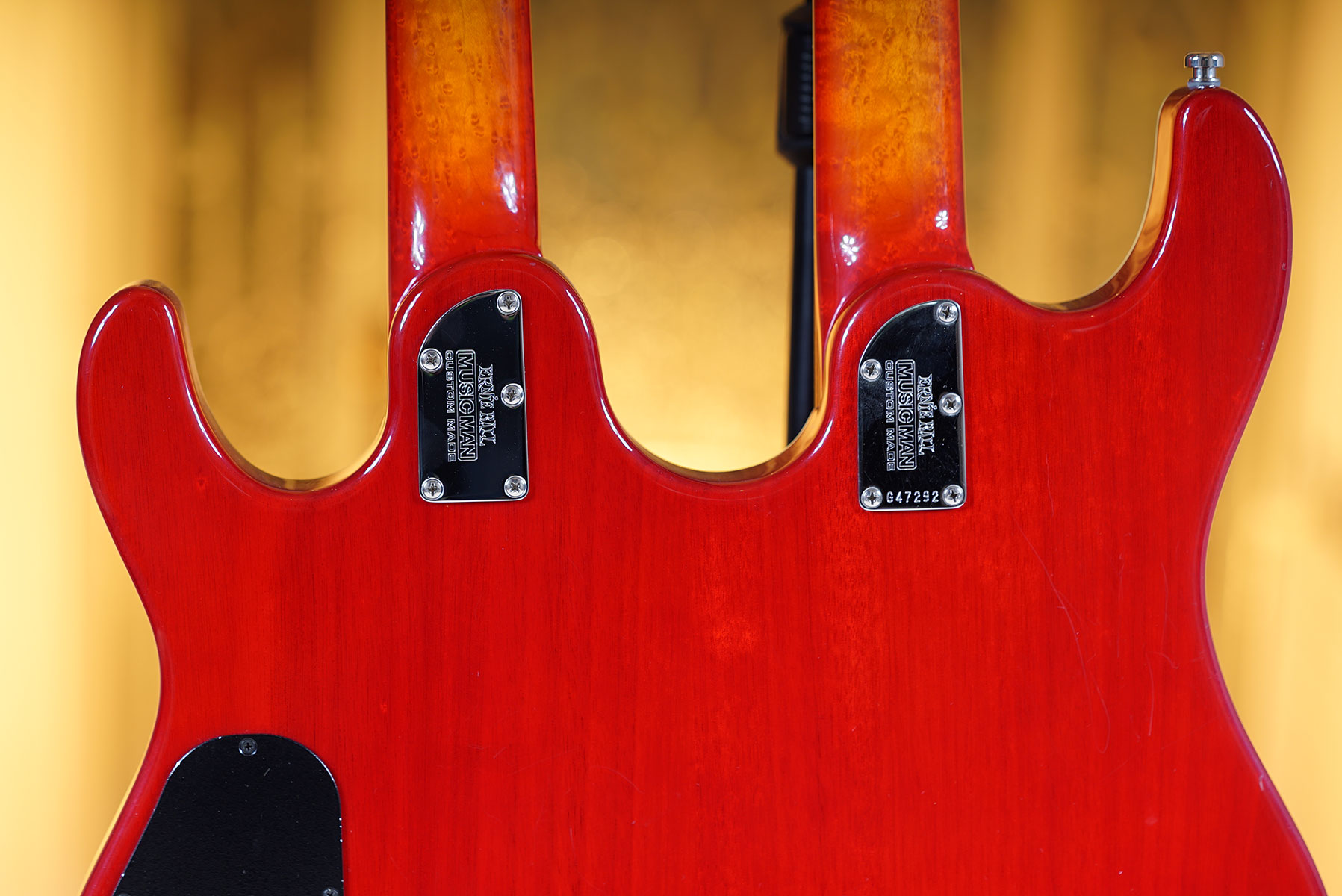 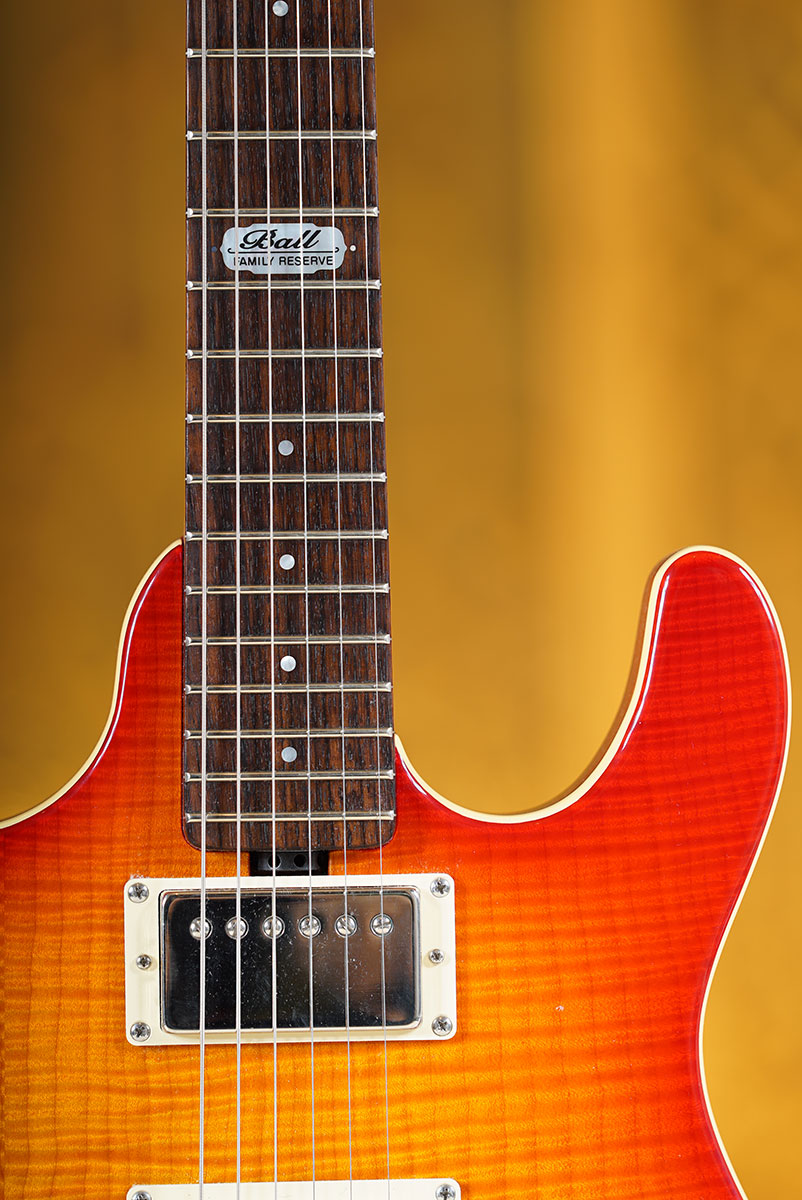 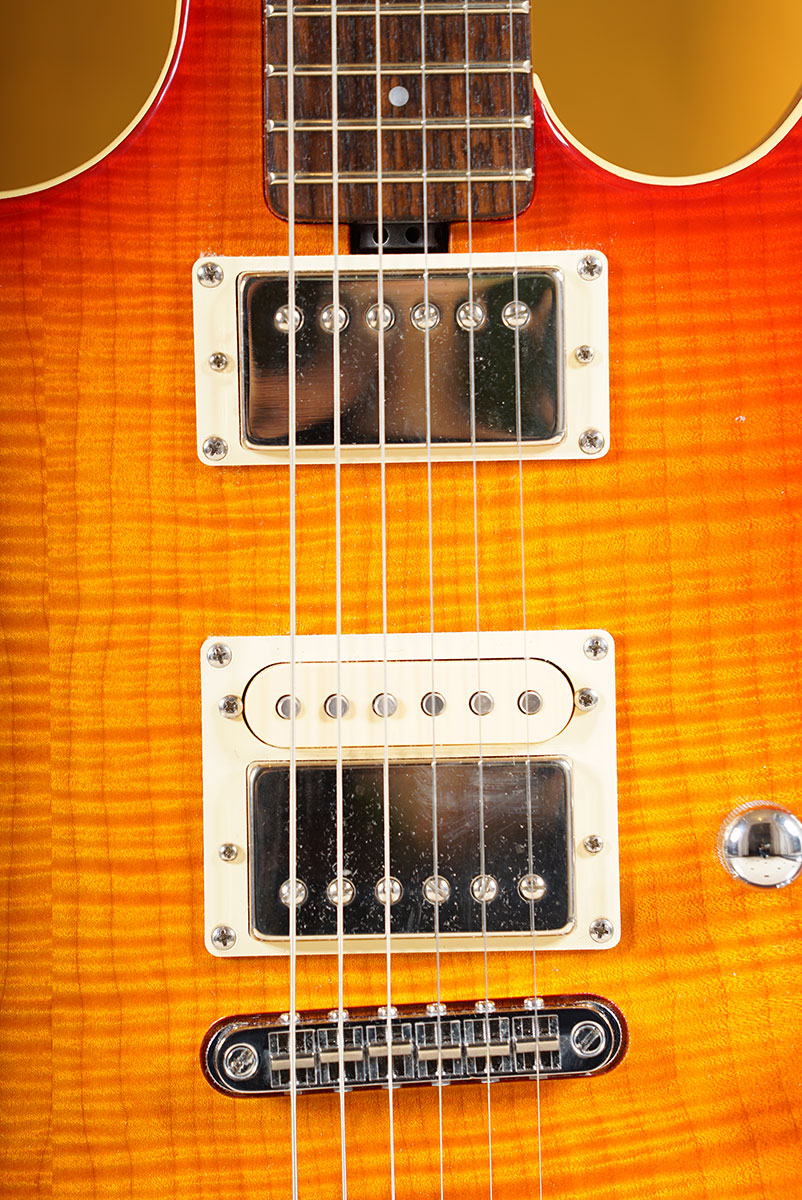 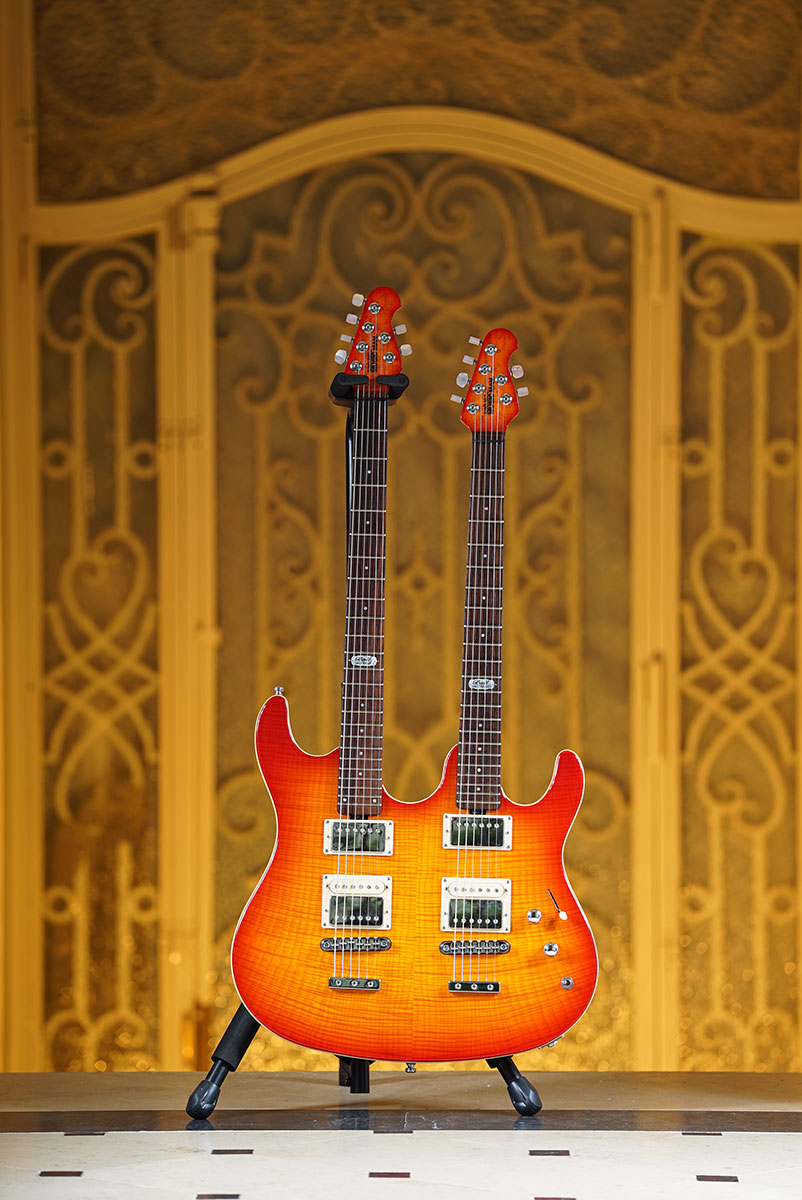 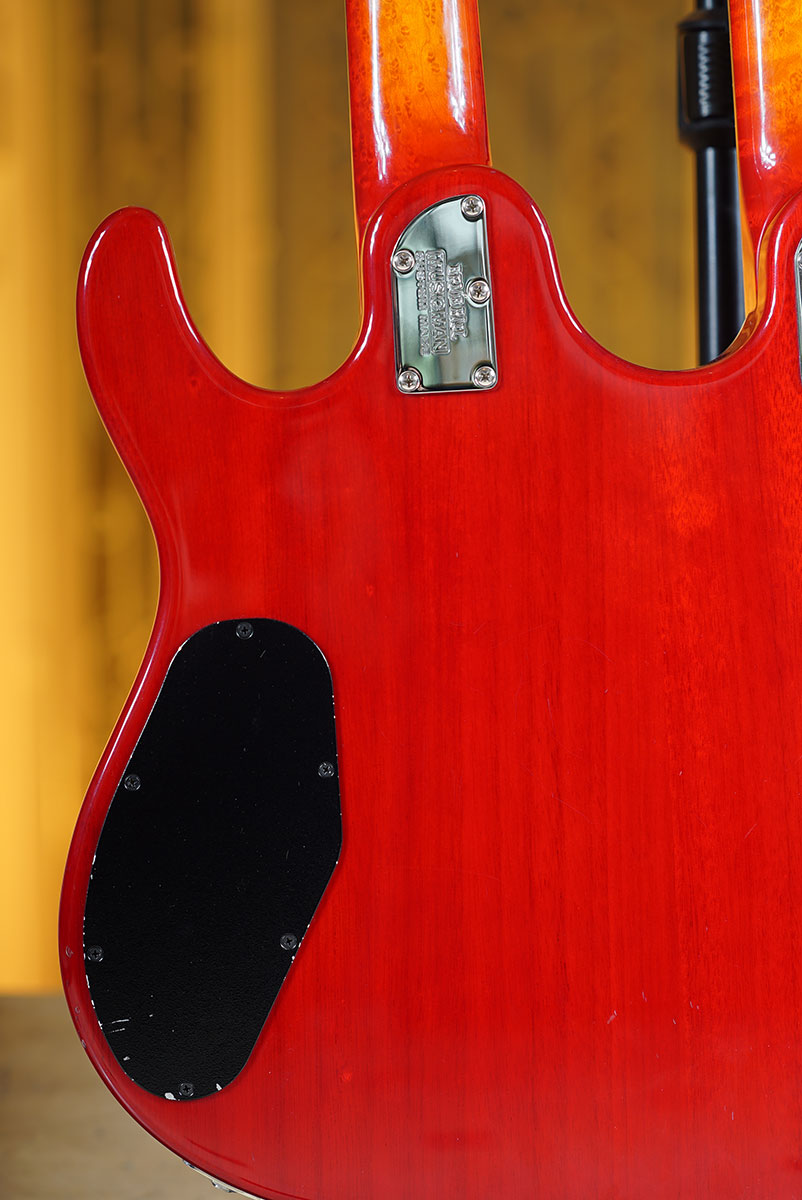 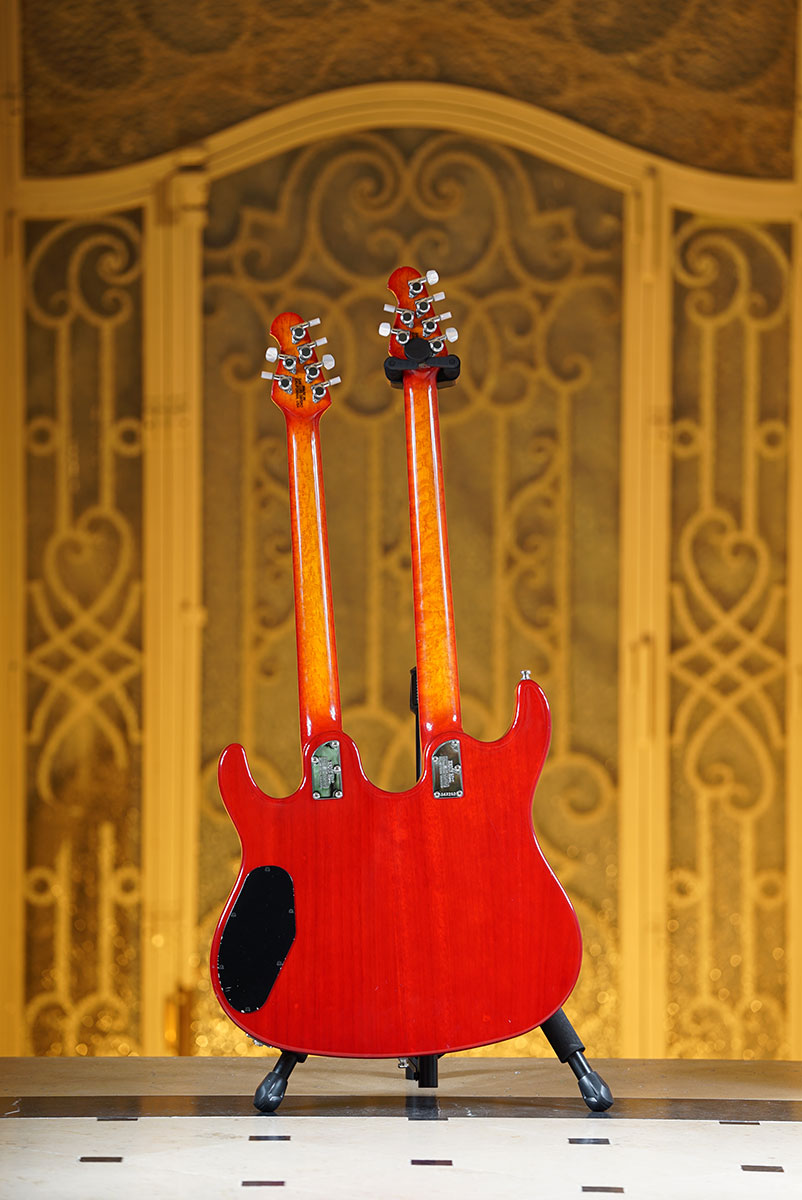