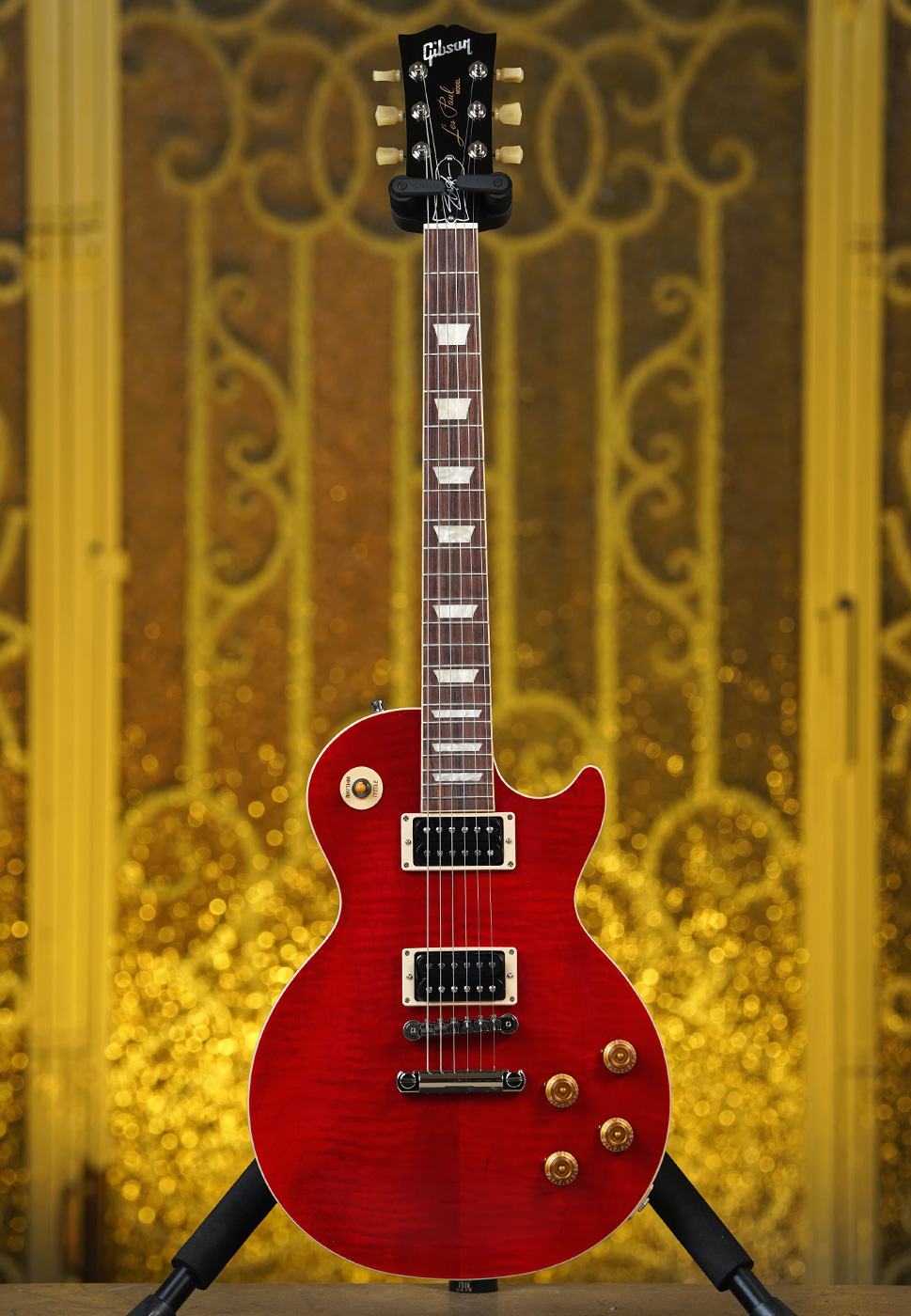 The character of Slash quickly became inseparable from the Les Paul models developed by Gibson. A true ambassador for the brand, he helped make the model the undisputed benchmark for rock music and great solos. As surely as his hat, the Les Paul became a hallmark for Slash, who has personally designed signature models in his image with the American brand. This Gibson LP Slash Limited 4 Album Edition is a great example of the close relationship between Gibson and Slash.

This beautiful guitar is a limited edition of 250 that commemorates Slash's latest studio album featuring Myles Kennedy & The Conspirators soberly titled "4". It features a AAA flamed maple top, a solid mahogany body and the technical specifications desired by the guitarist. It features a 1950s neck profile, Gibson Custom BurstBucker Alnico 2 pickups and hand-wired electronics. The Slash LP Album 4 is finished in translucent cherry, giving it a sobering acid color. It comes with a Gibson hard case featuring the album logo that is specially designed to hold an included copy of the Album 4 vinyl, a box of picks, a portrait of the band SMKC signed by all members and a Slash 4 sticker. Only 250 guitars of this model were made by Gibson USA for this exceptional limited edition! 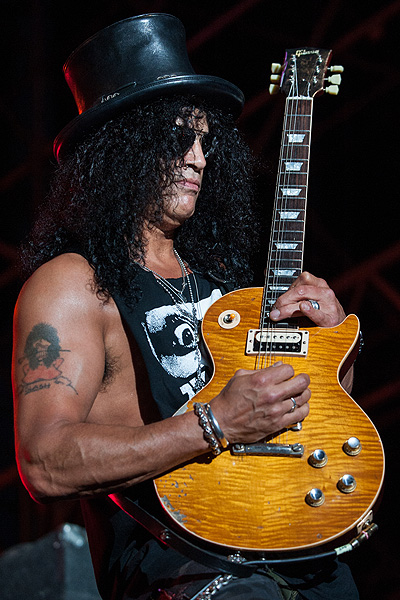