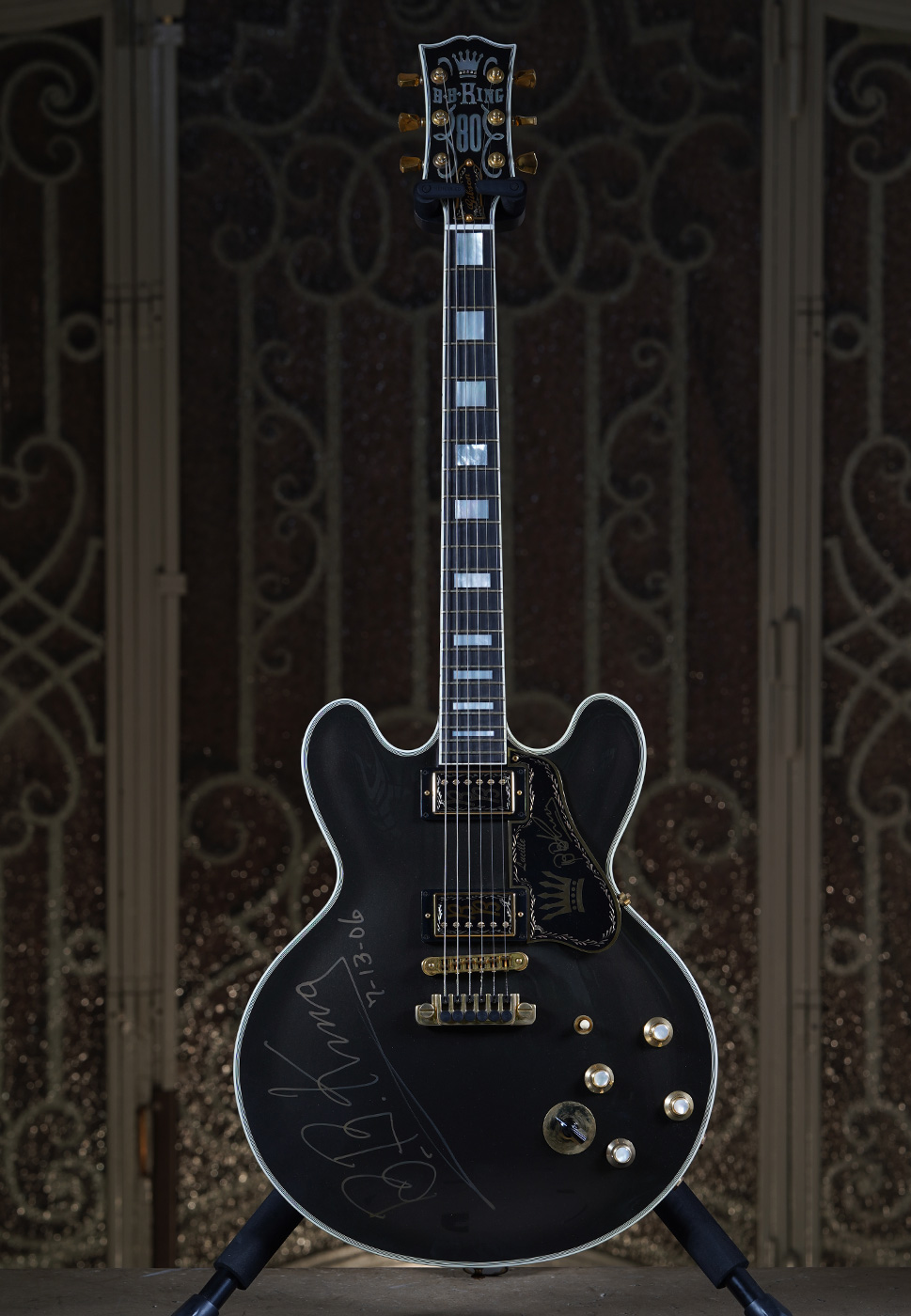 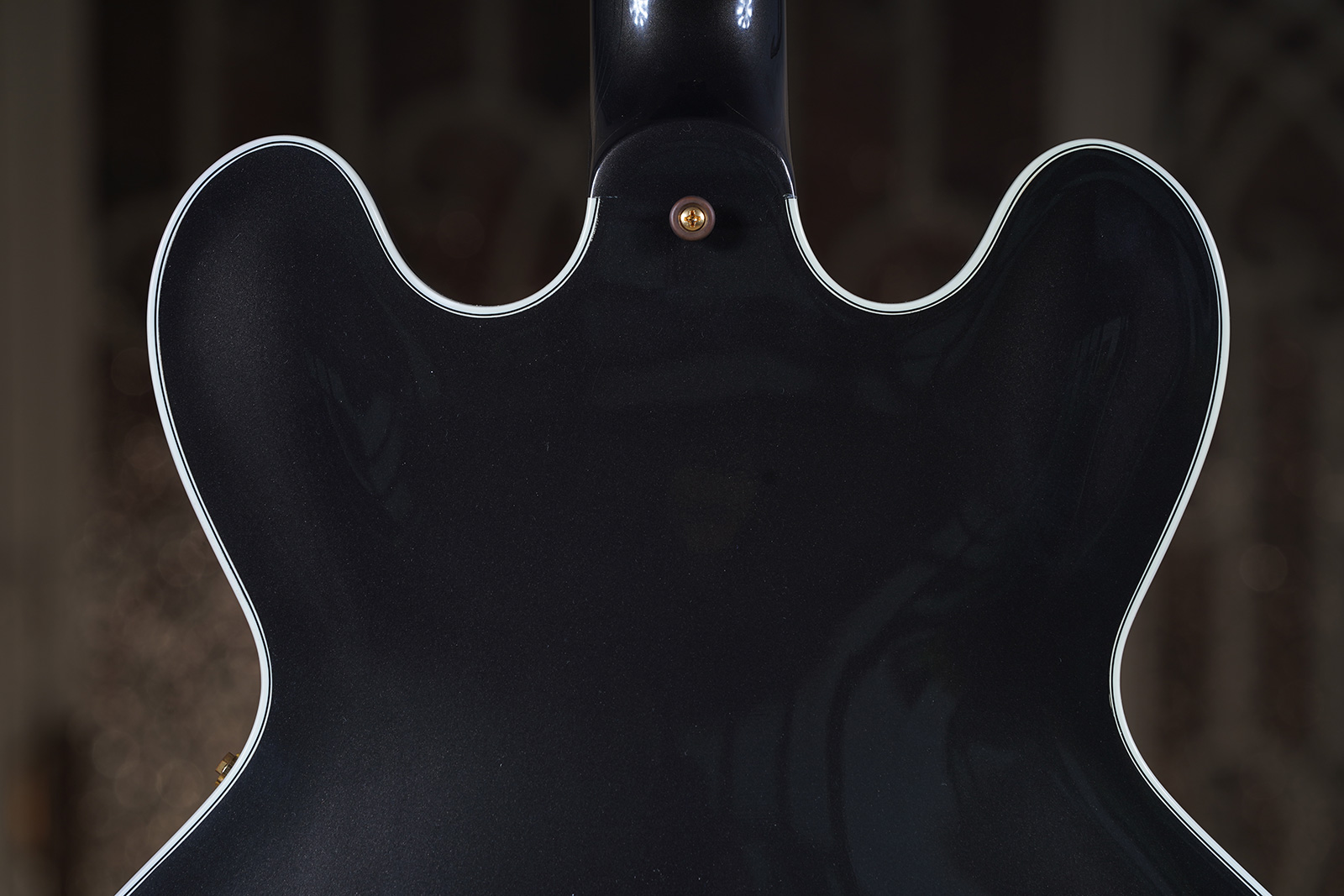 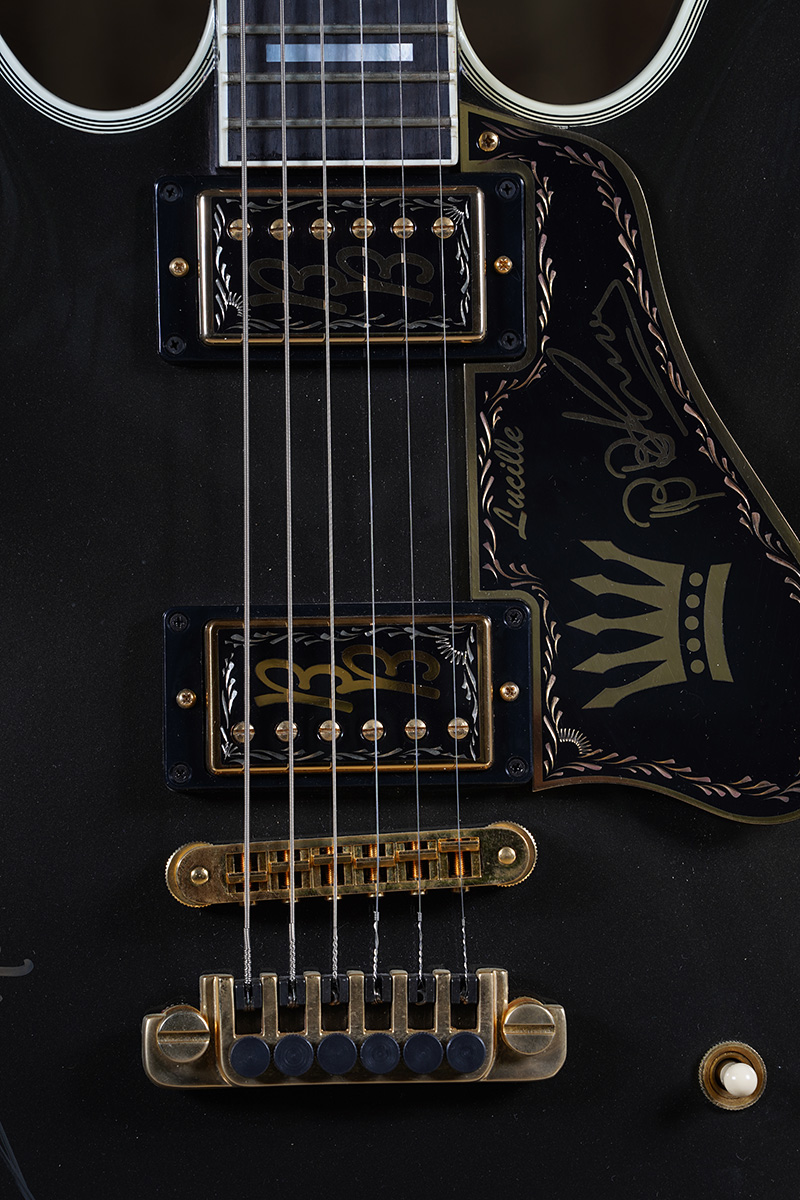 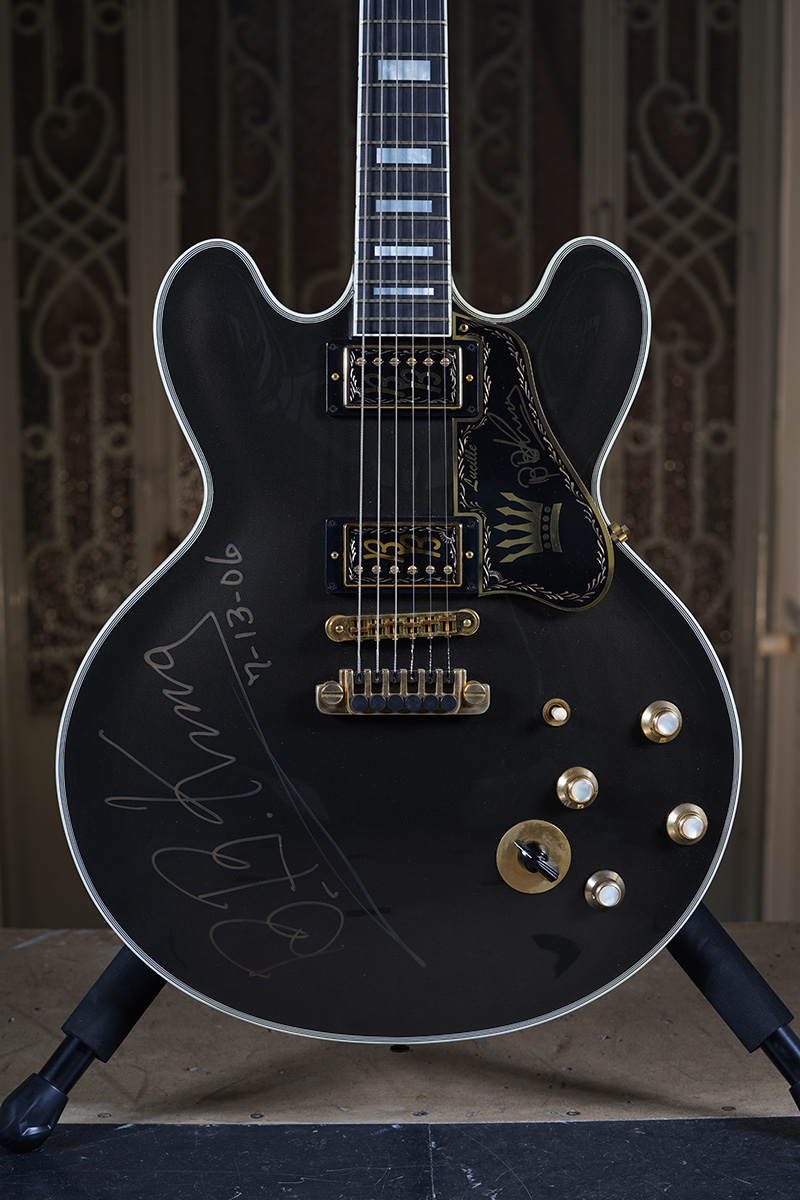 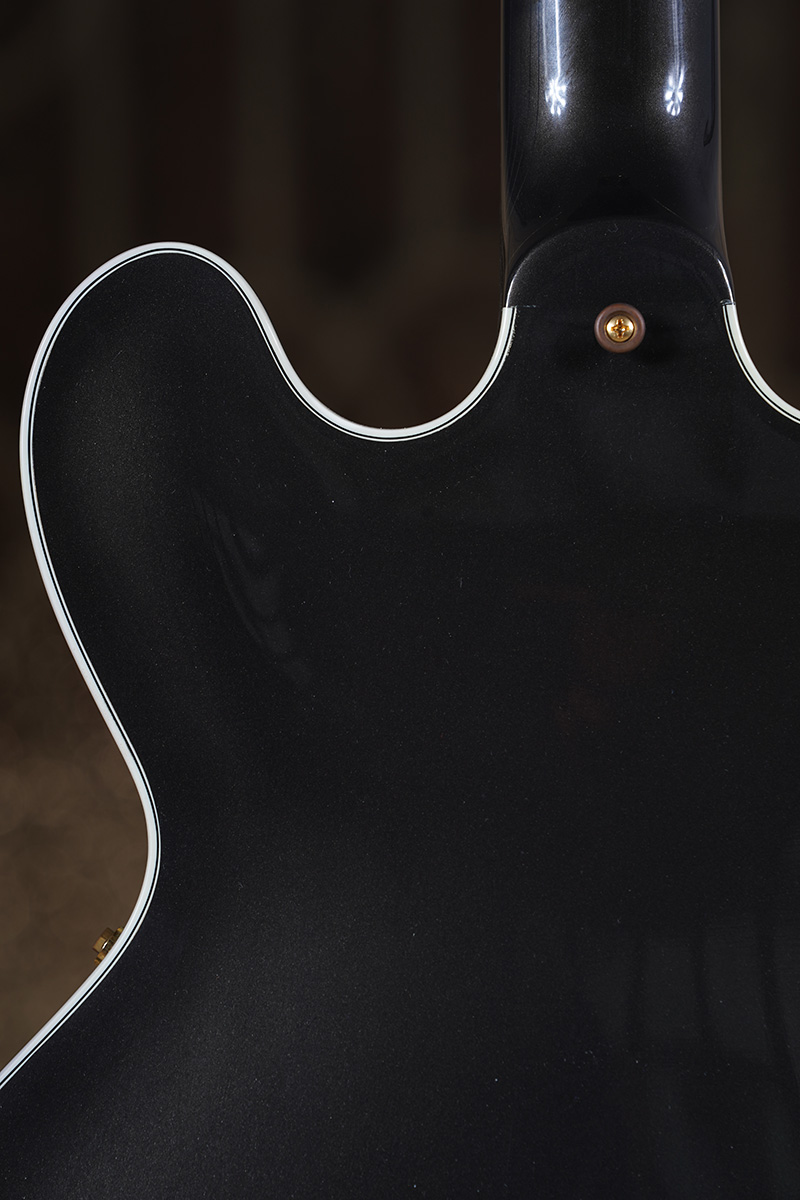 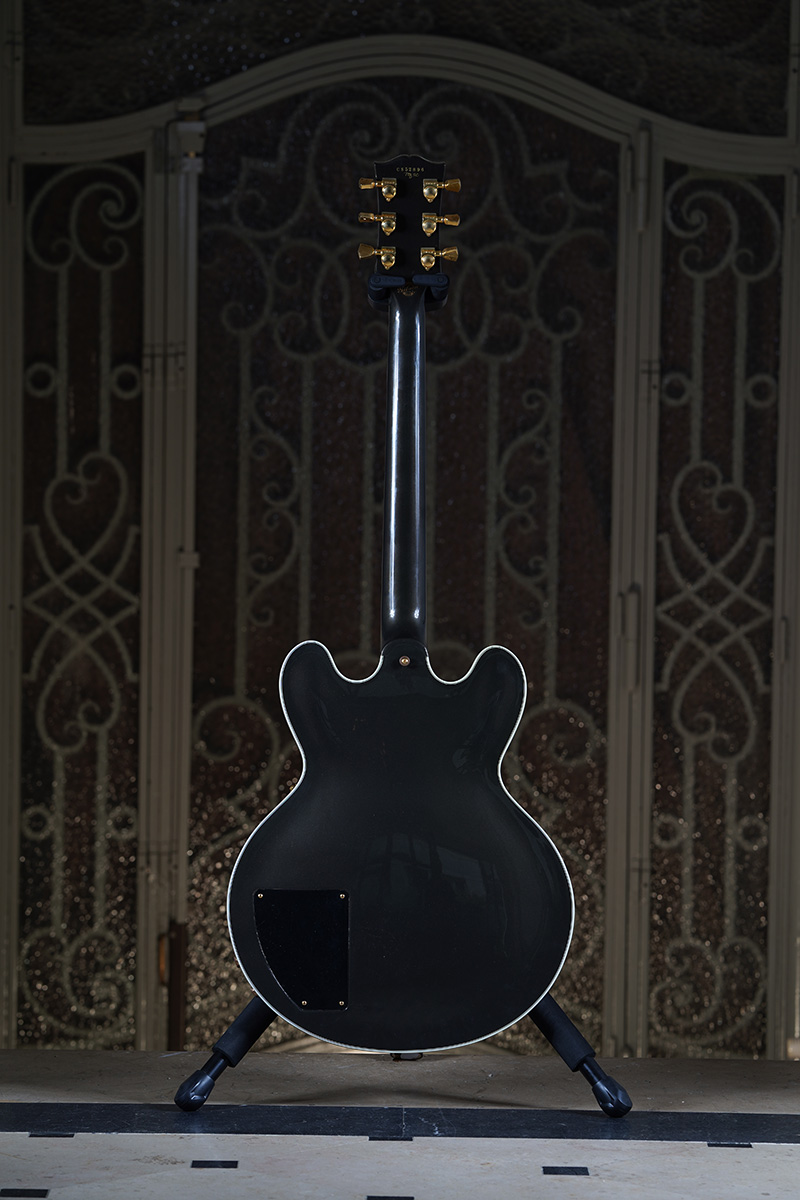 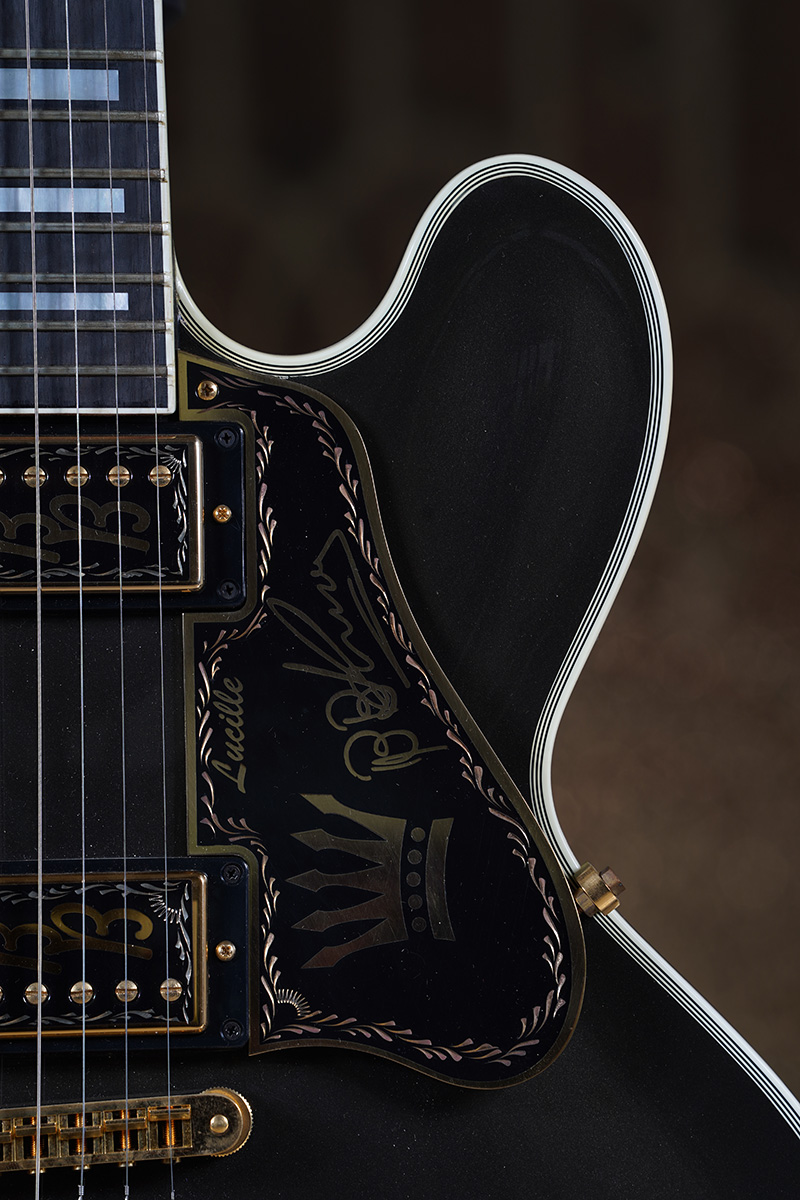 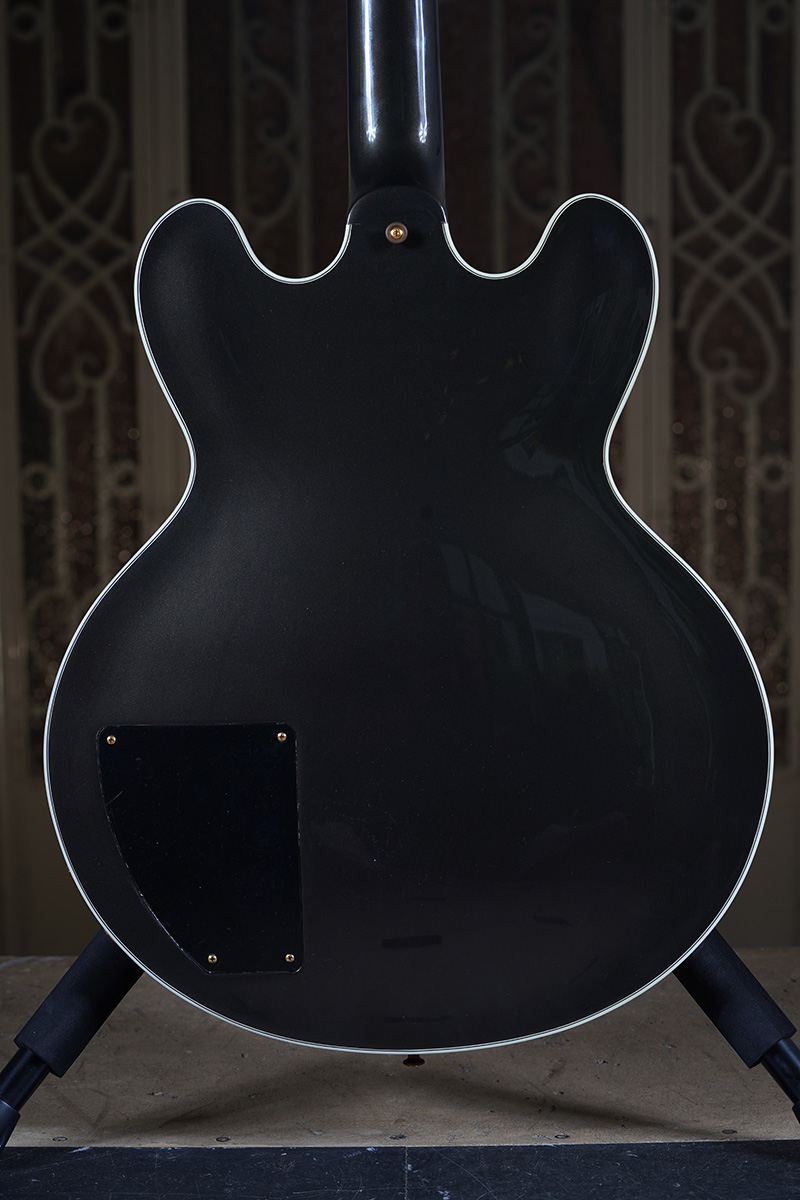 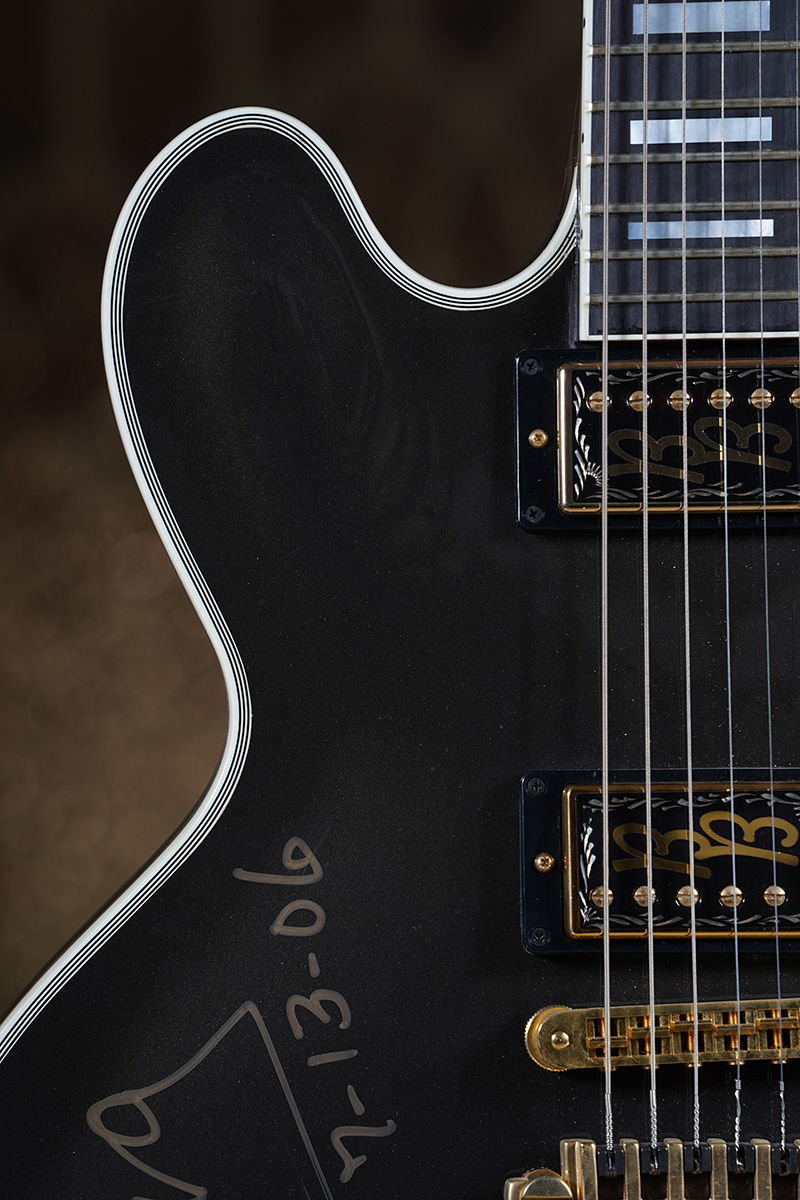 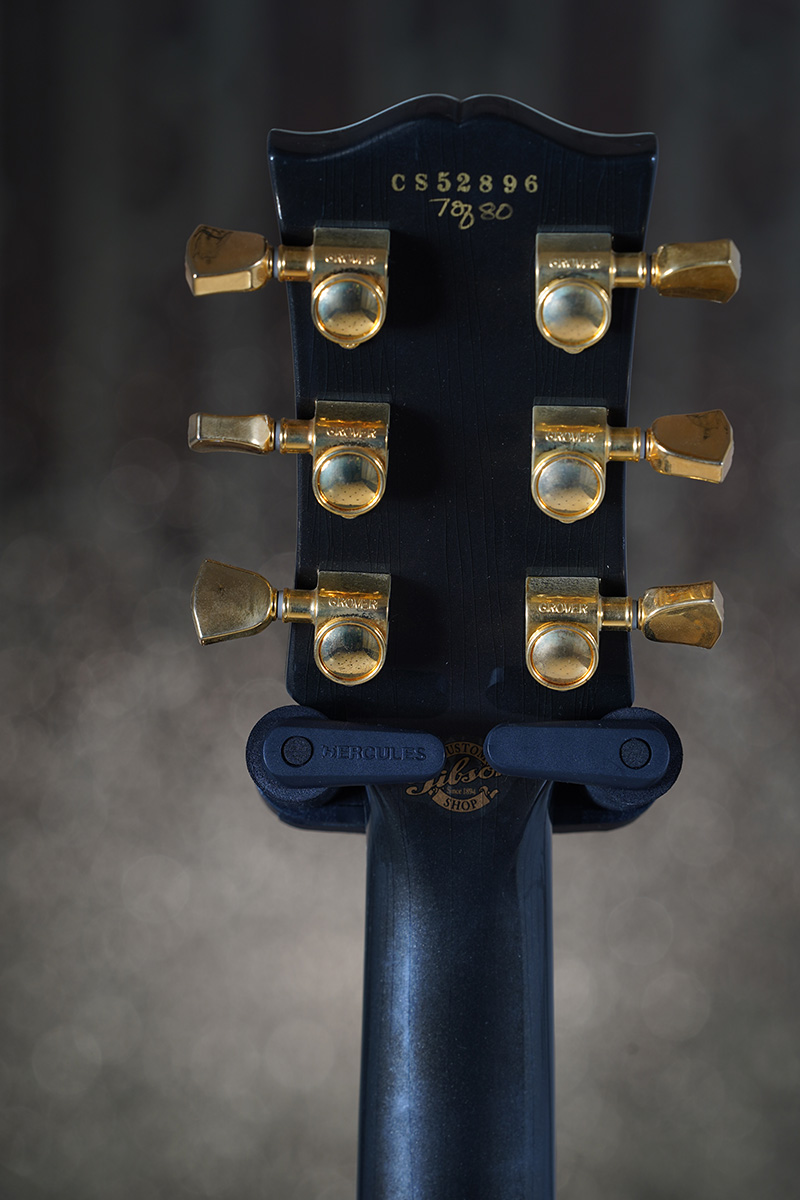 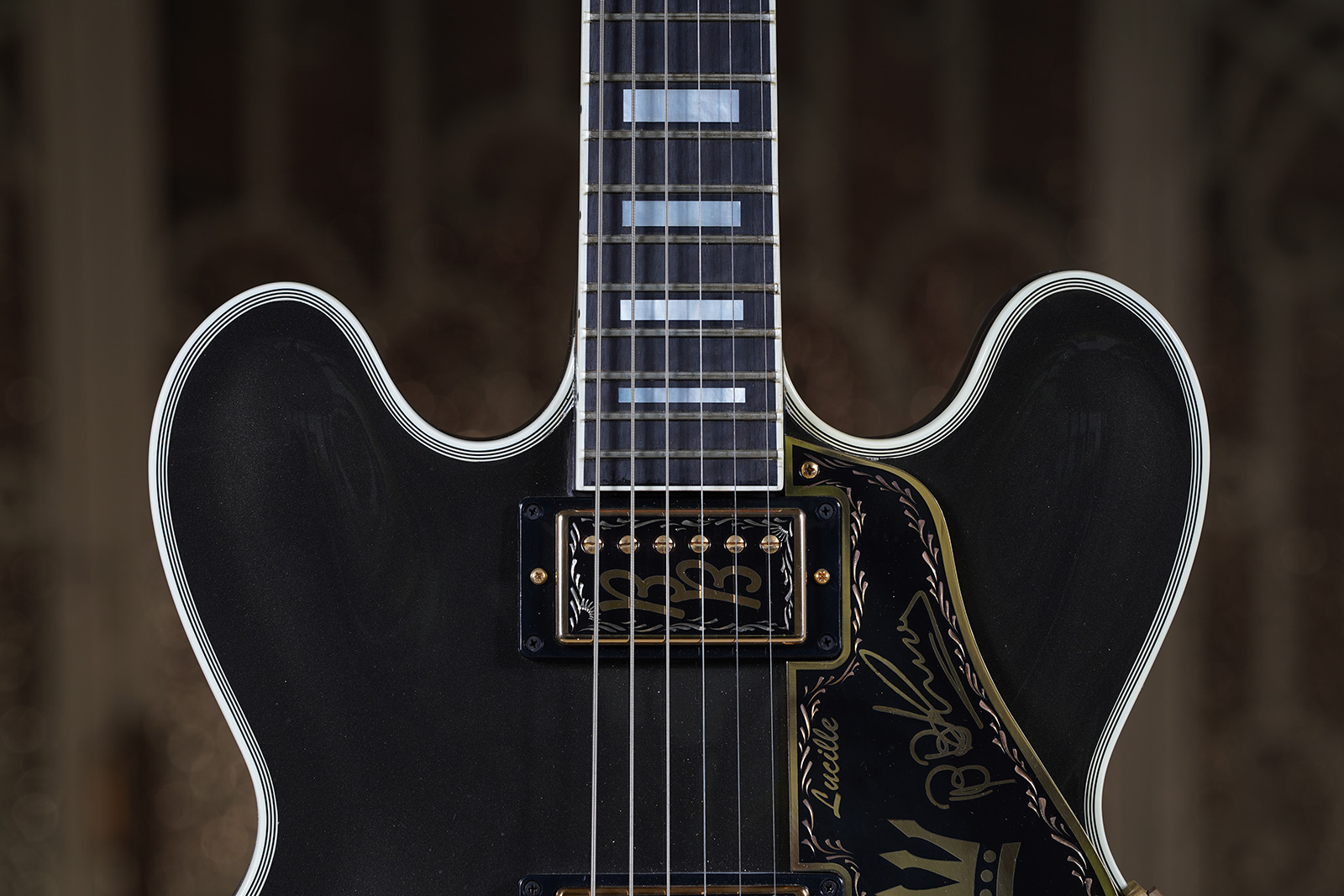 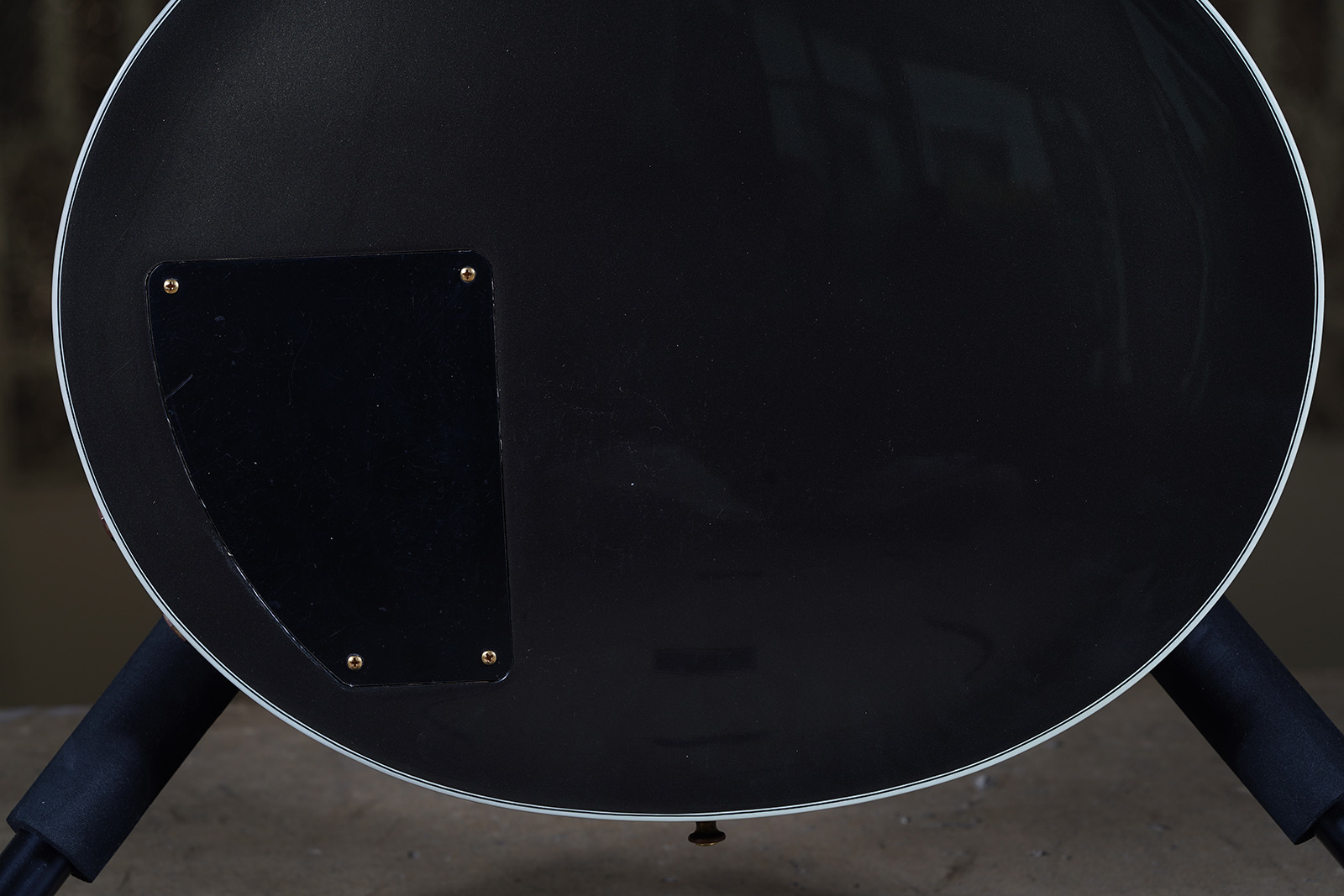 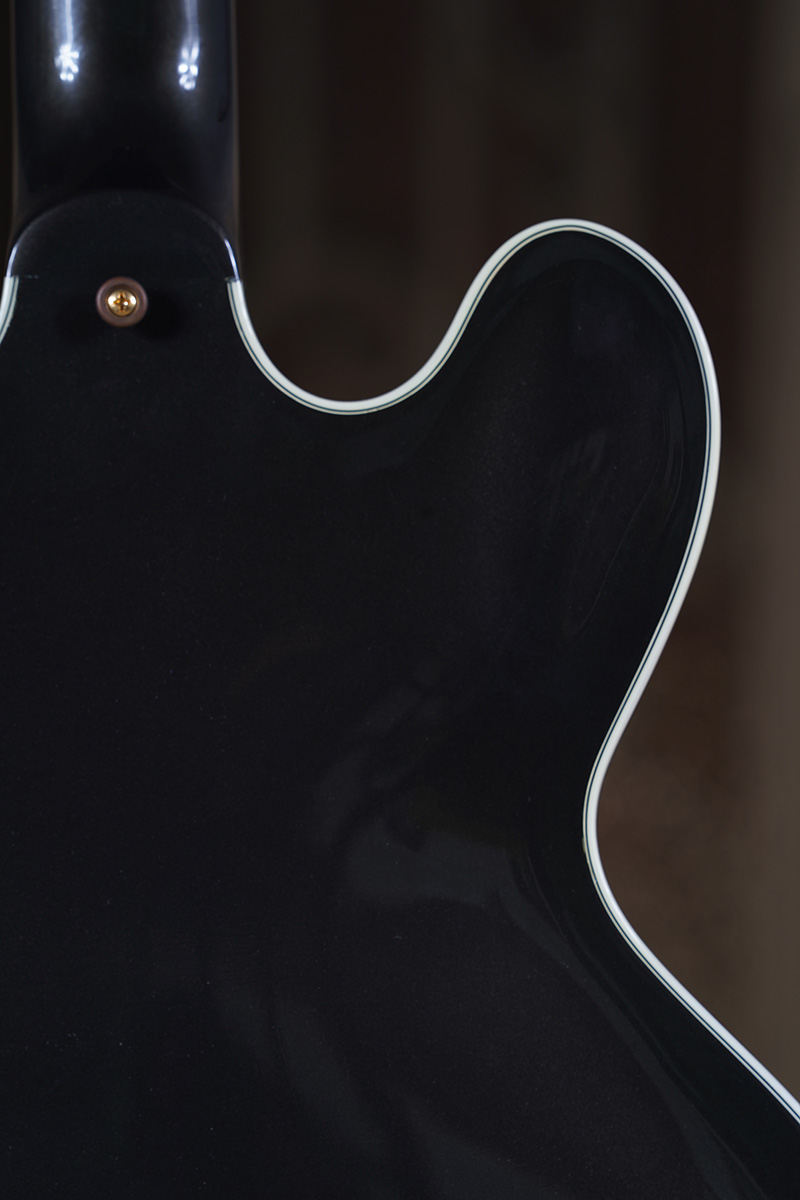 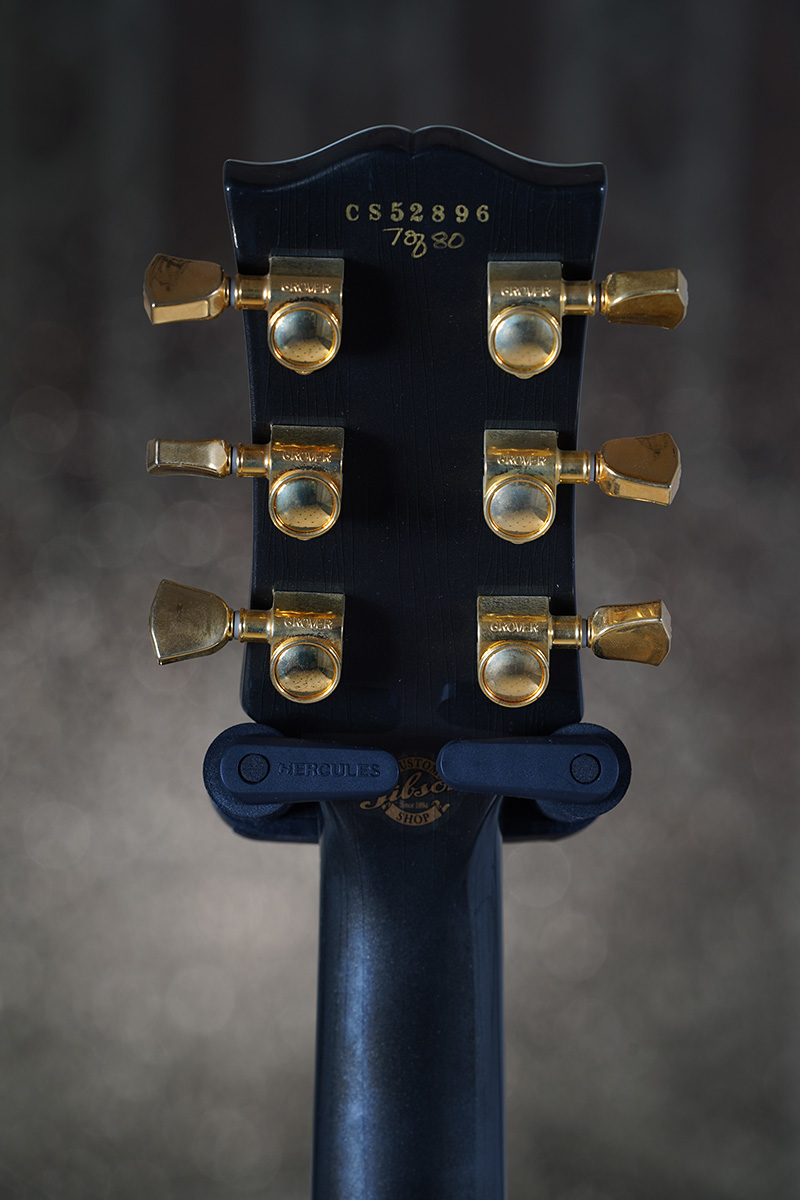 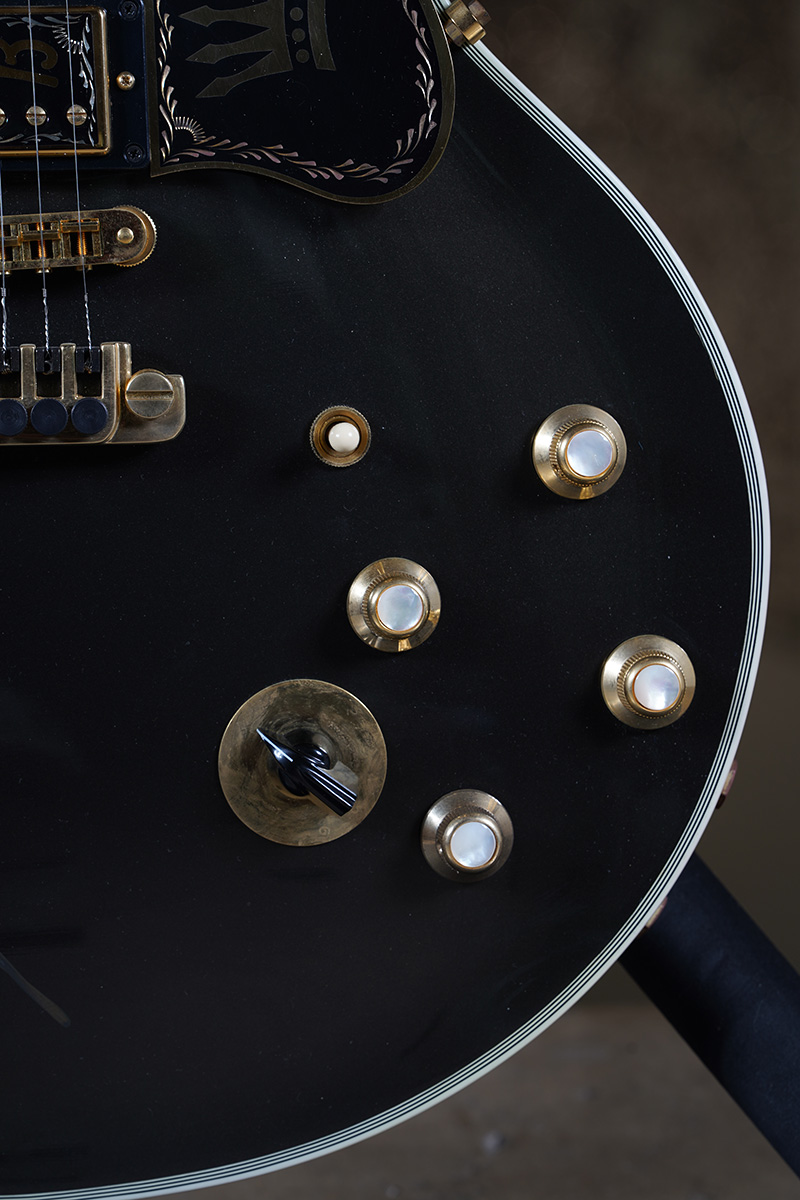 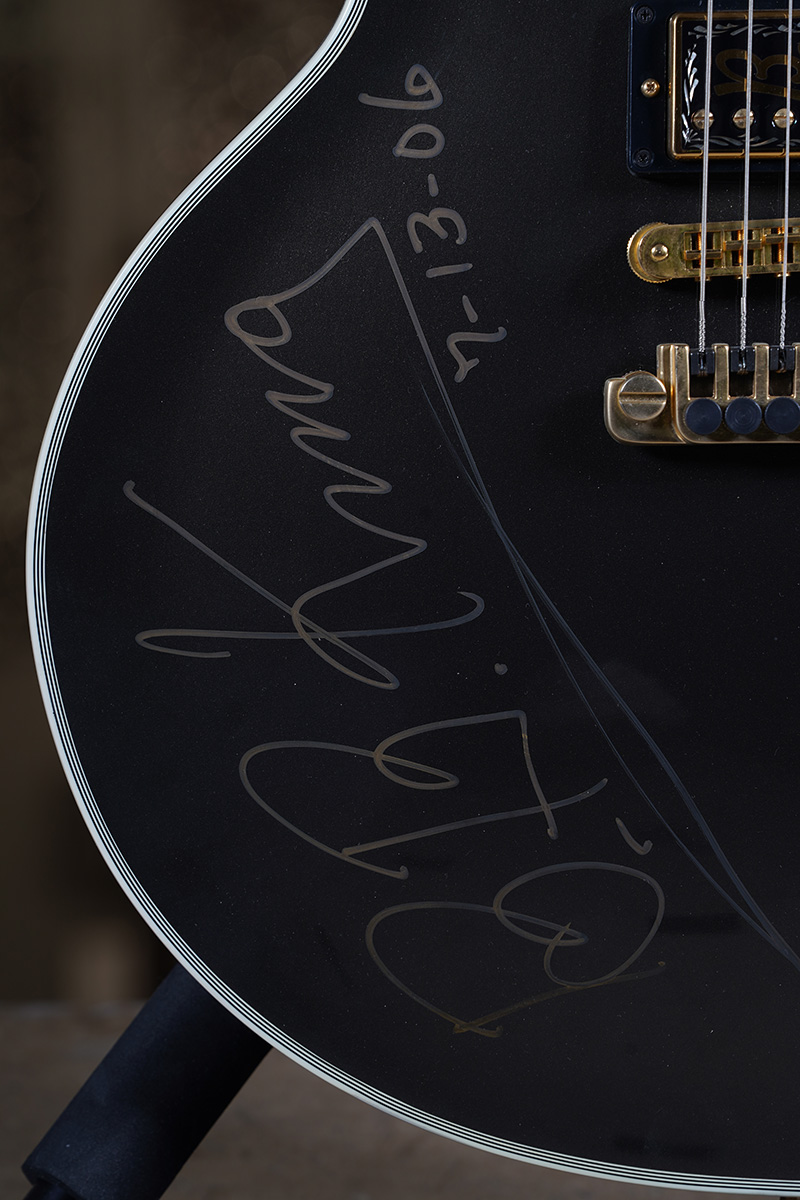 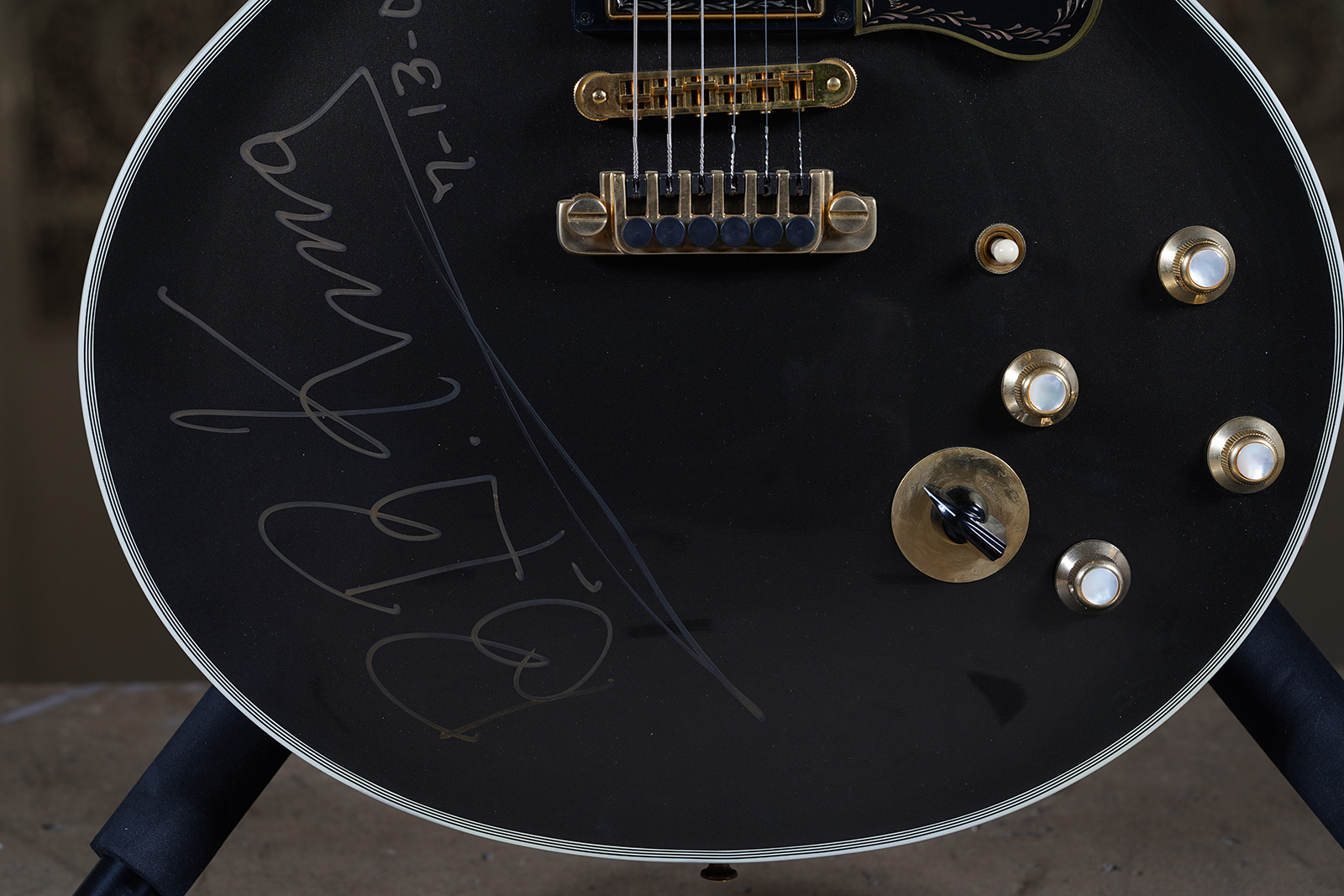 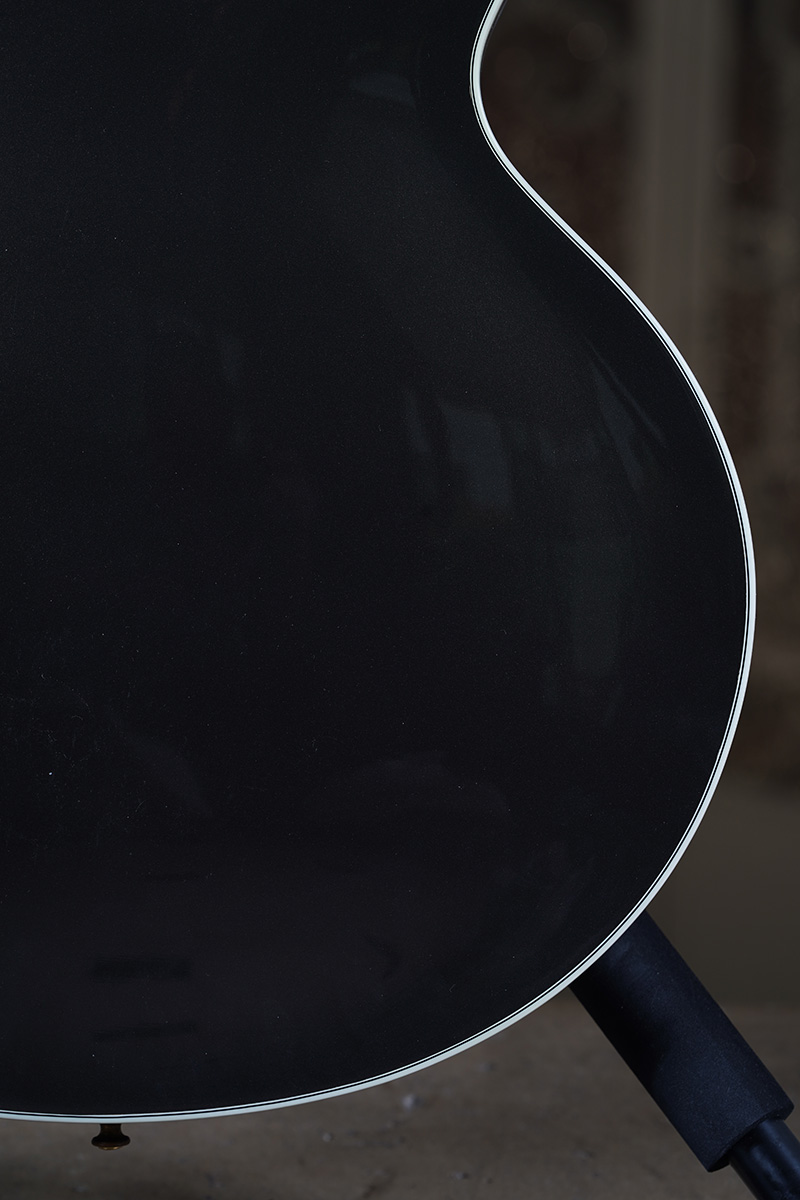 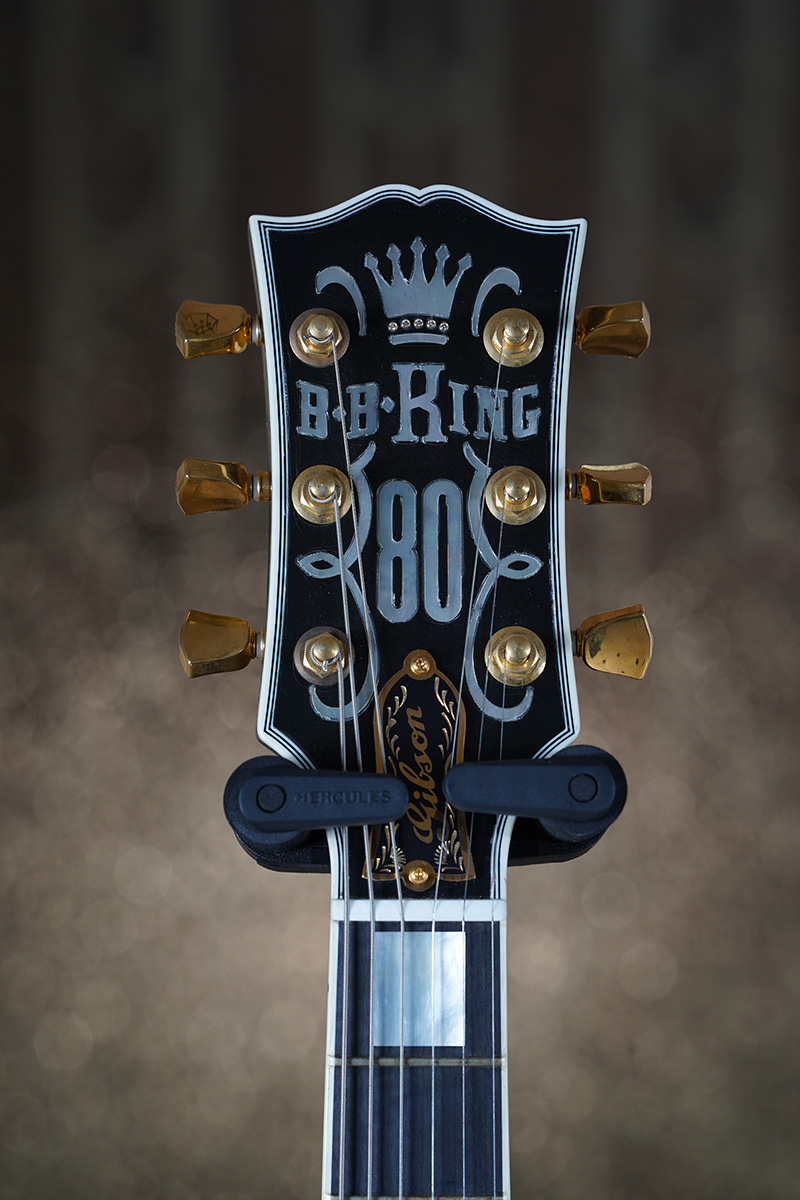 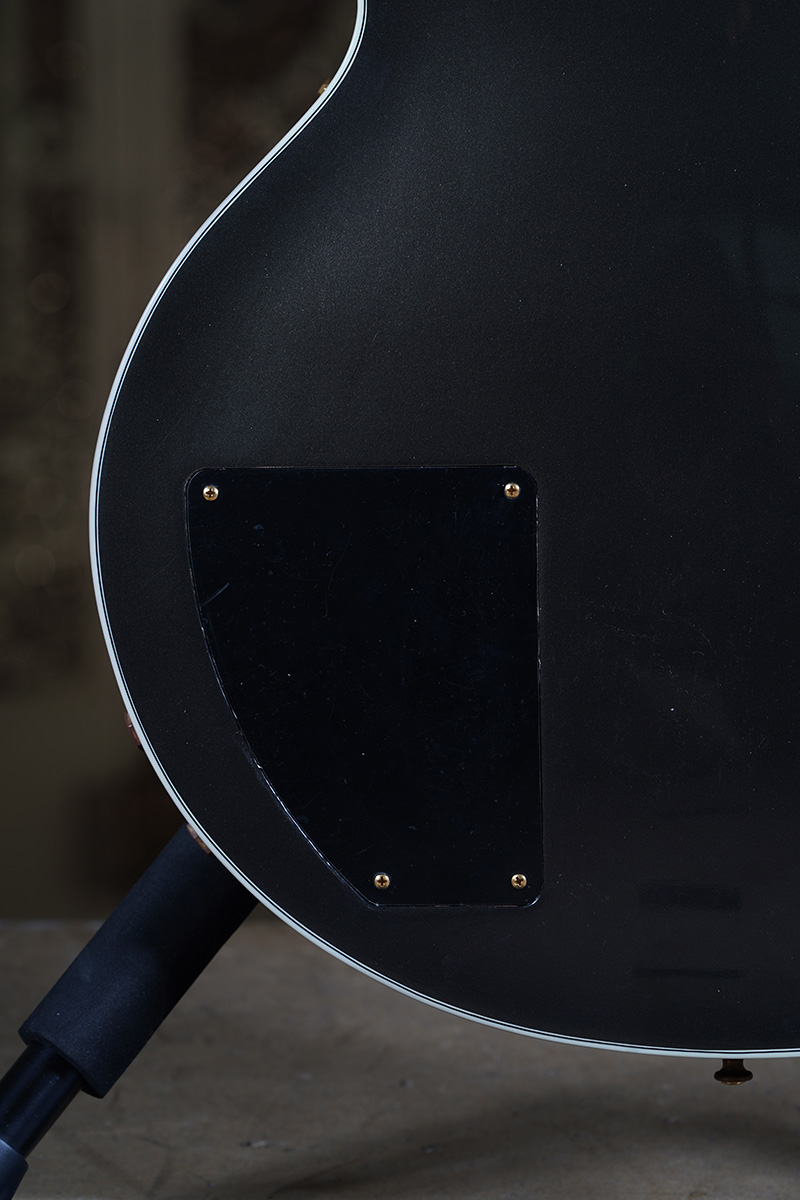 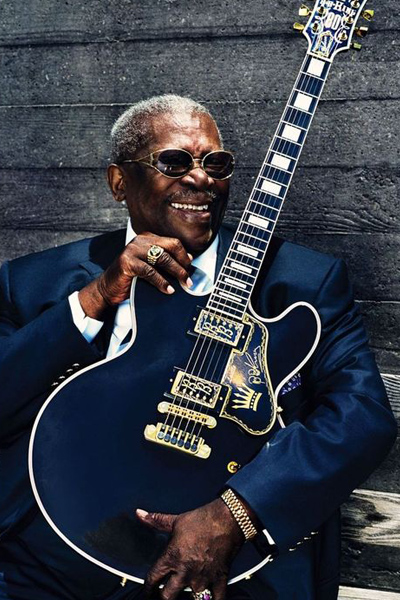 B.B. King is the most important electric blues guitar player ever. As an early convert to the joy of the electricity, he has invented a whole new way of playing by mixing his early Delta Blues roots to the jump blues of T-Bone Walker. He took the bending of the strings to a whole new level, and made a dramatically important discovery: with a band playing in the background, the guitar didn’t need to fill up as much space, and could be used as the instrumental equivalent of the human voice. With only a few sustained notes, B.B. King could tell much more than most guitarist would ever manage to say with a whole album. His vibrato was out of this world, and it was the perfect complement to his warm and sultry singing voice. And vice-versa.

Riley B. King was born on a plantation in Mississippi, but he moved to Memphis to try and make a living as a musician. He started off as a DJ, and eventually became a R&B sensation in the fifties. During the sixties, he was crowned as the main influence behind players like Clapton and Hendrix, and he mixed his own music with jazz and pop influences for a series of crossover albums that performed really well: Lucille (1968, named after his favorite guitar), Completely Well (1969) and Indianola Mississippi Seeds (1970).

In 1988, U2 invited him to perform on a song off the Rattle and Hum album, which reminded everyone of how great B.B. was. Never one to rest on his laurels, King was a very hard-working bluesman who would perform more than a hundred shows every year, a man who has relentlessly toured the world until the end.