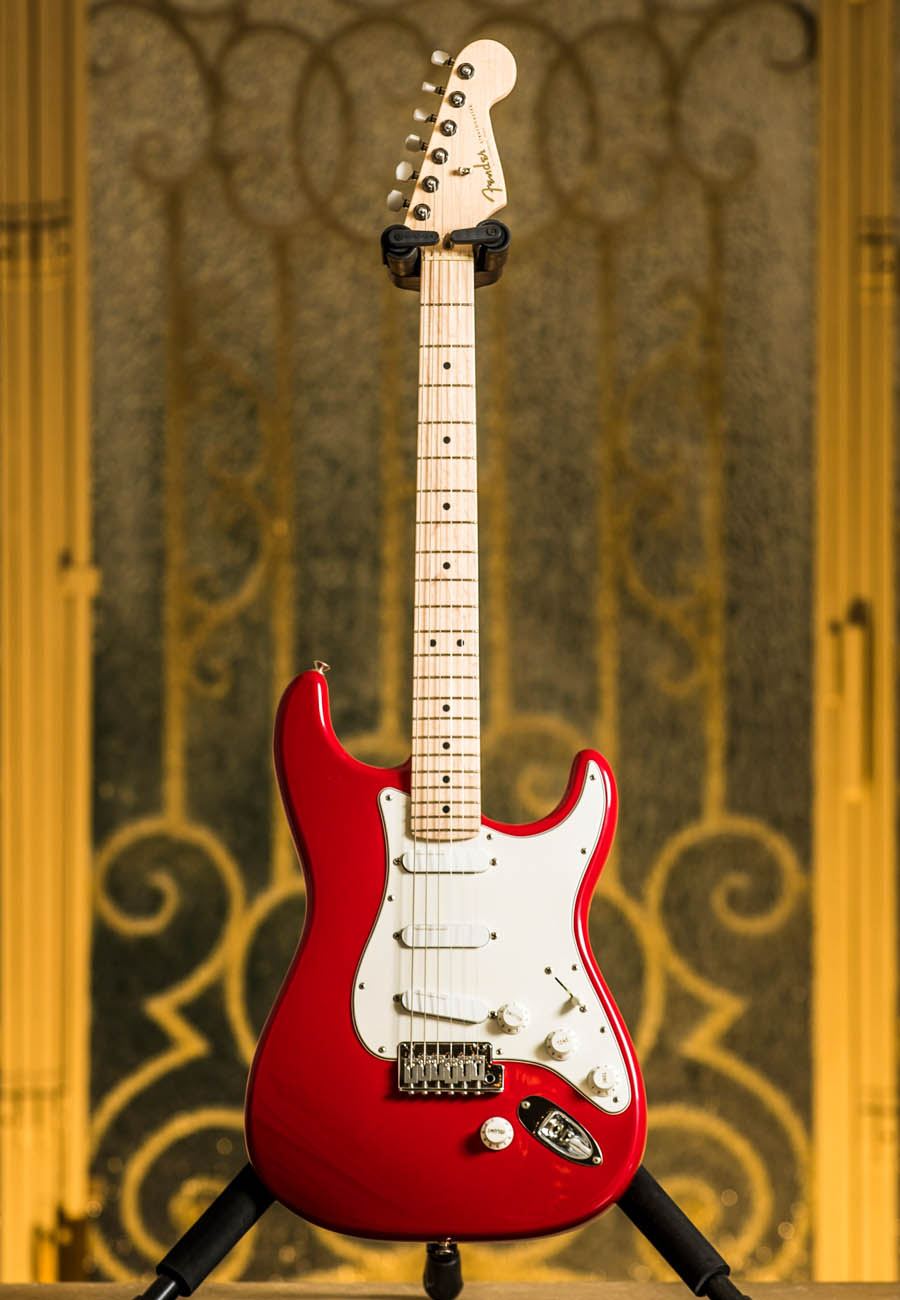 The riff emperor has been mistreating many guitars during his lengthy career with the Who, starting with Rickenbackers, then SG Specials, a Gretsch 6120 and Deluxe Les Pauls. But since 1989 and the 25th Anniversary tour, Pete has chosen the ultimate tool, the absolute functional guitar, the one that will never betray its owner even though he treats it very badly night after night: the Stratocaster. And not just any Strat: he has fallen in love with the Eric Clapton signature model, a guitar that only came out a year before Townshend took it out on stage, its main feature being the noiseless Lace Sensor pickups.

Logically, Fender eventually offered Townshend to create his own signature model, and this is when this prototype was born. This guitar is one of two made back in 2007 by the Fender Custom Shop to settle the specs for the signature model before going into production. Many specs remain from the Clapton mode, including the Torino Red finish, the Lace Sensor pickups and the two-point vibrato. Townshend’s modifications include locking tuners and a Fishman piezo pickup that can be blended with the magnetic pickups through the same output, with its own volume control next to the vibrato.

Townshend played both prototypes on stage and found the other one’s neck profile more to his liking. Therefore, he sent that one back to the Custom Shop, where it was kept by Mike Eldred, who ran the place at the time.

Almost ten years later, in 2016, the Fender Custom Shop finally did a limited edition of the Pete Townshend signature model, very close to that prototype, the only difference being the man’s signature on the headstock. The Who man has definitely been consistent over time. 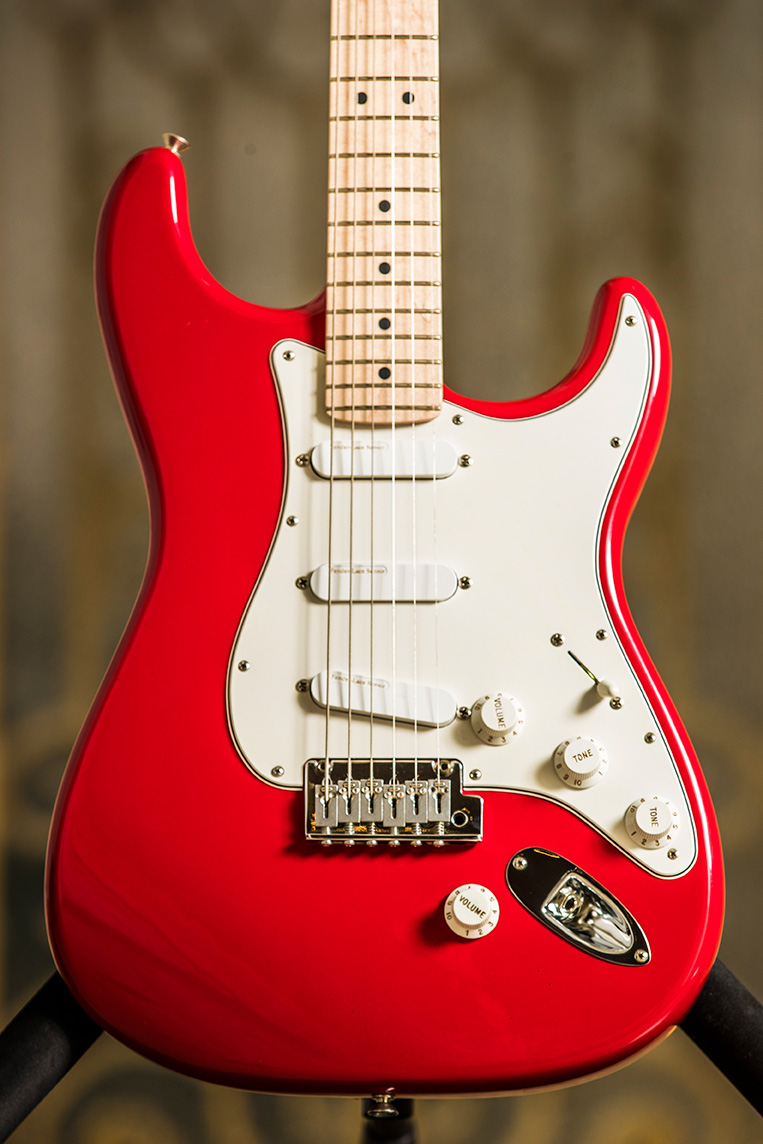 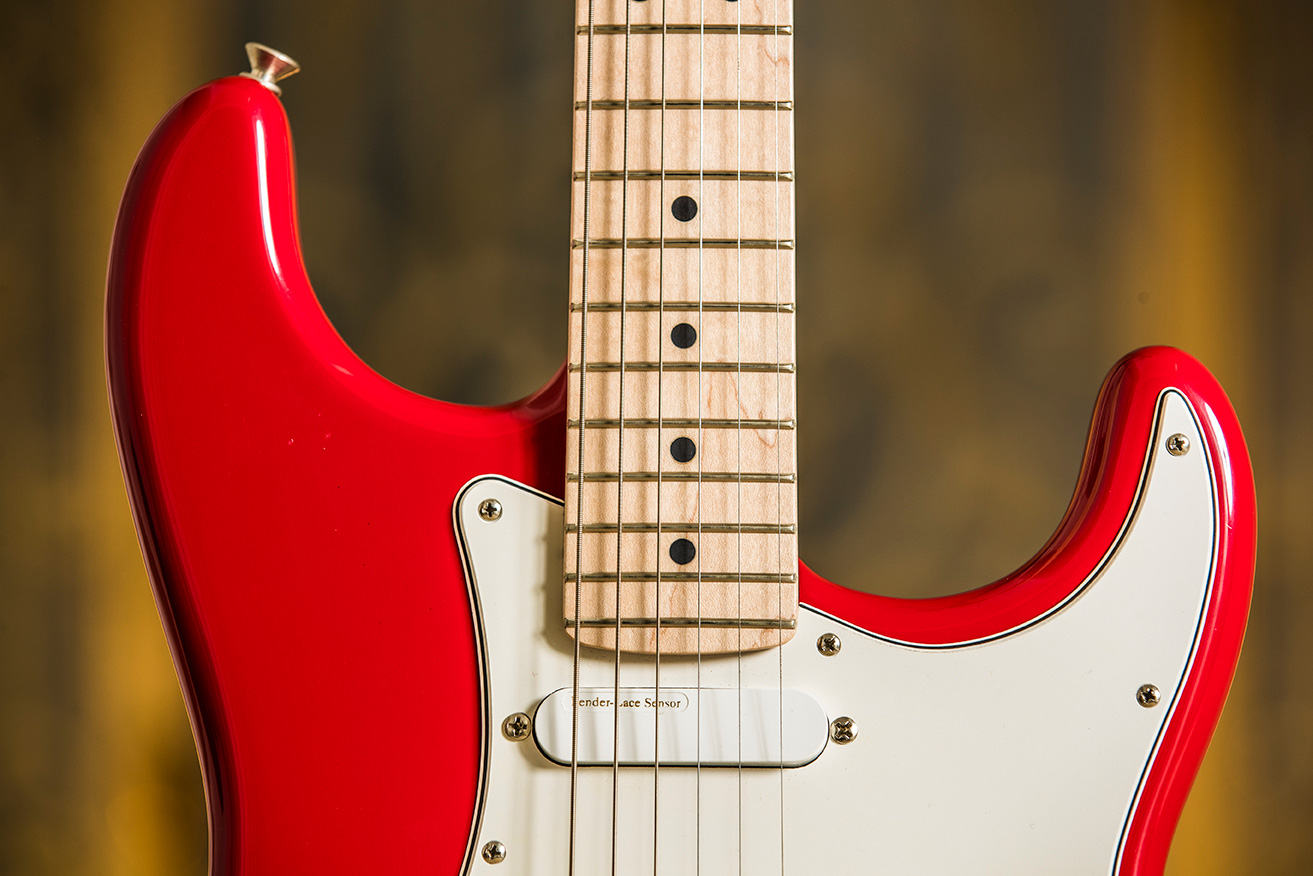 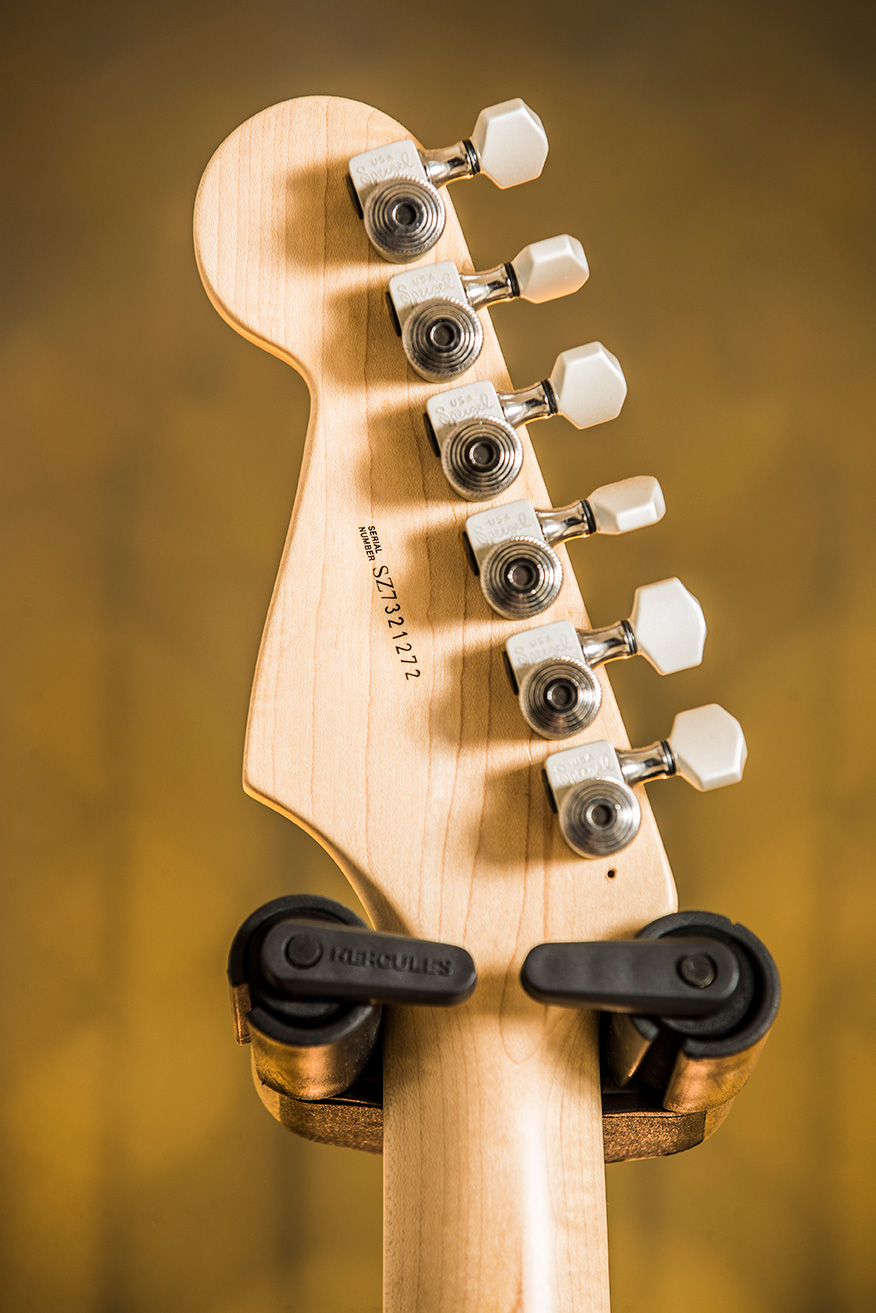 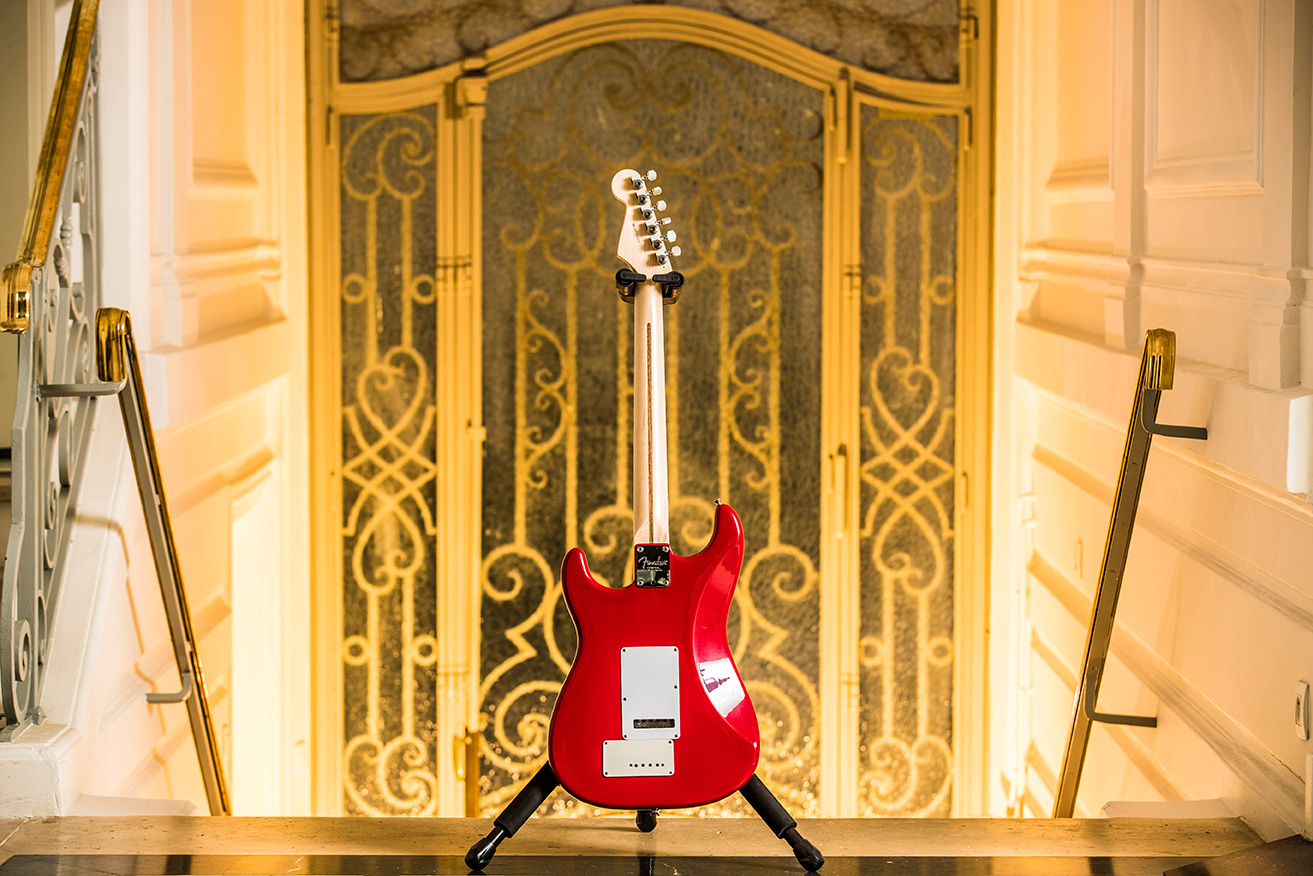 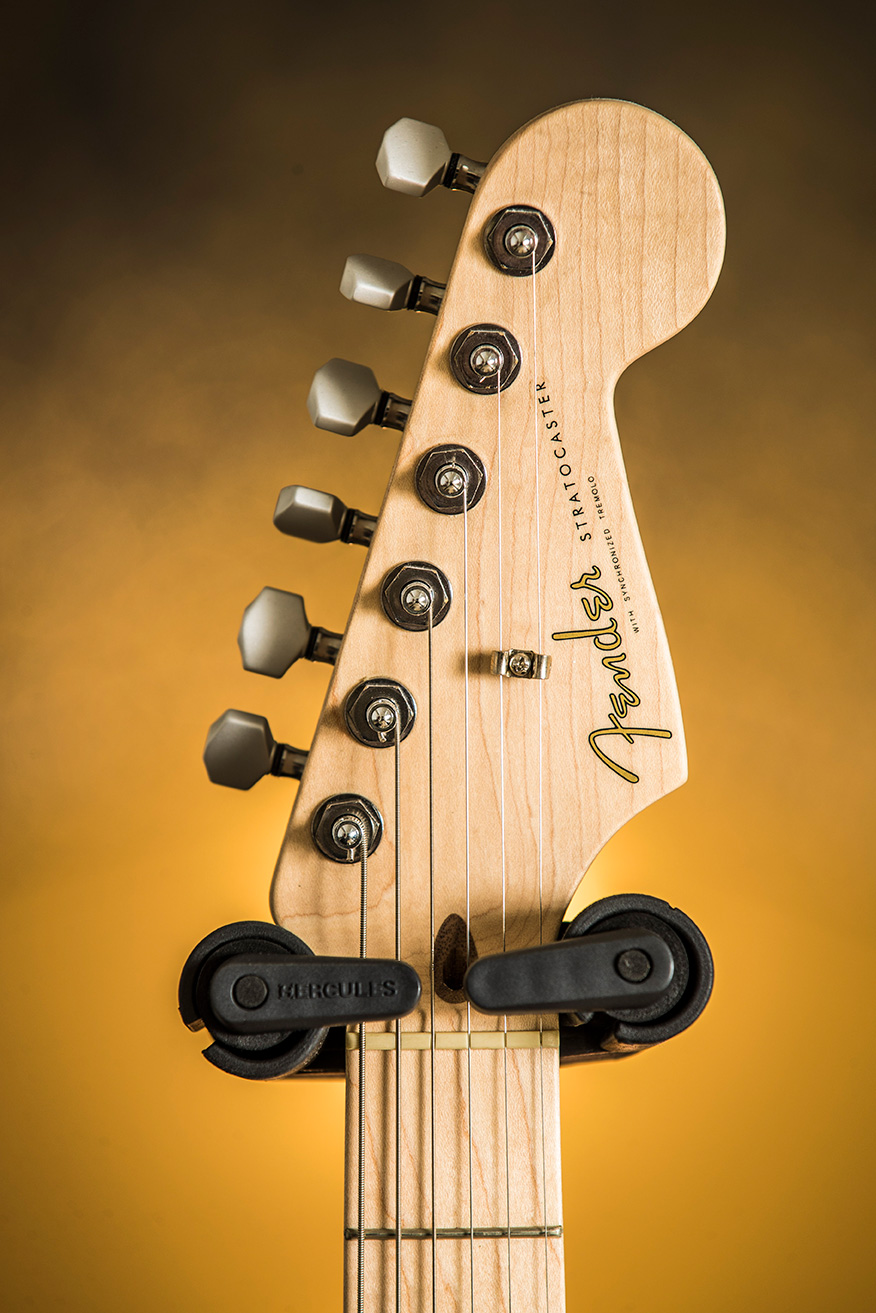 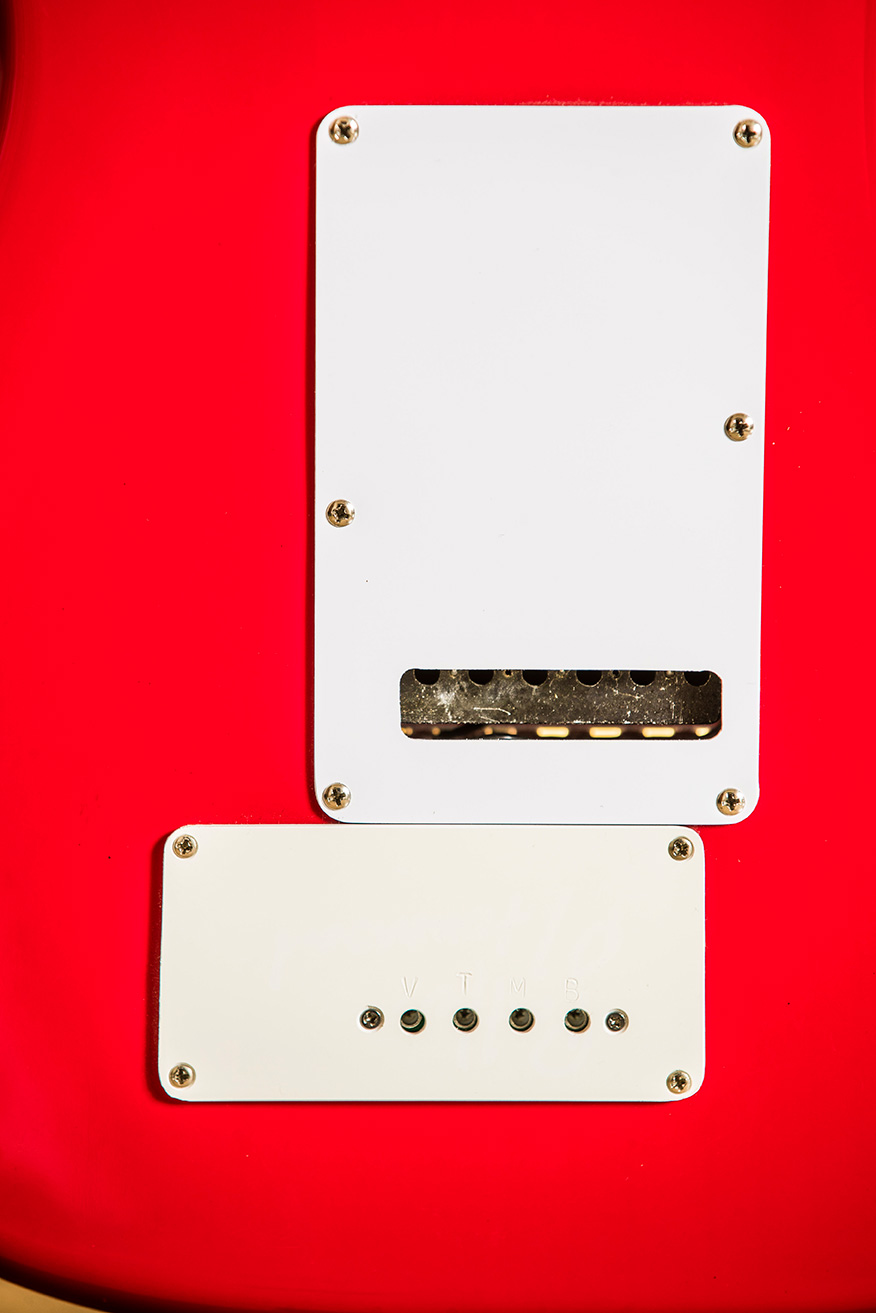 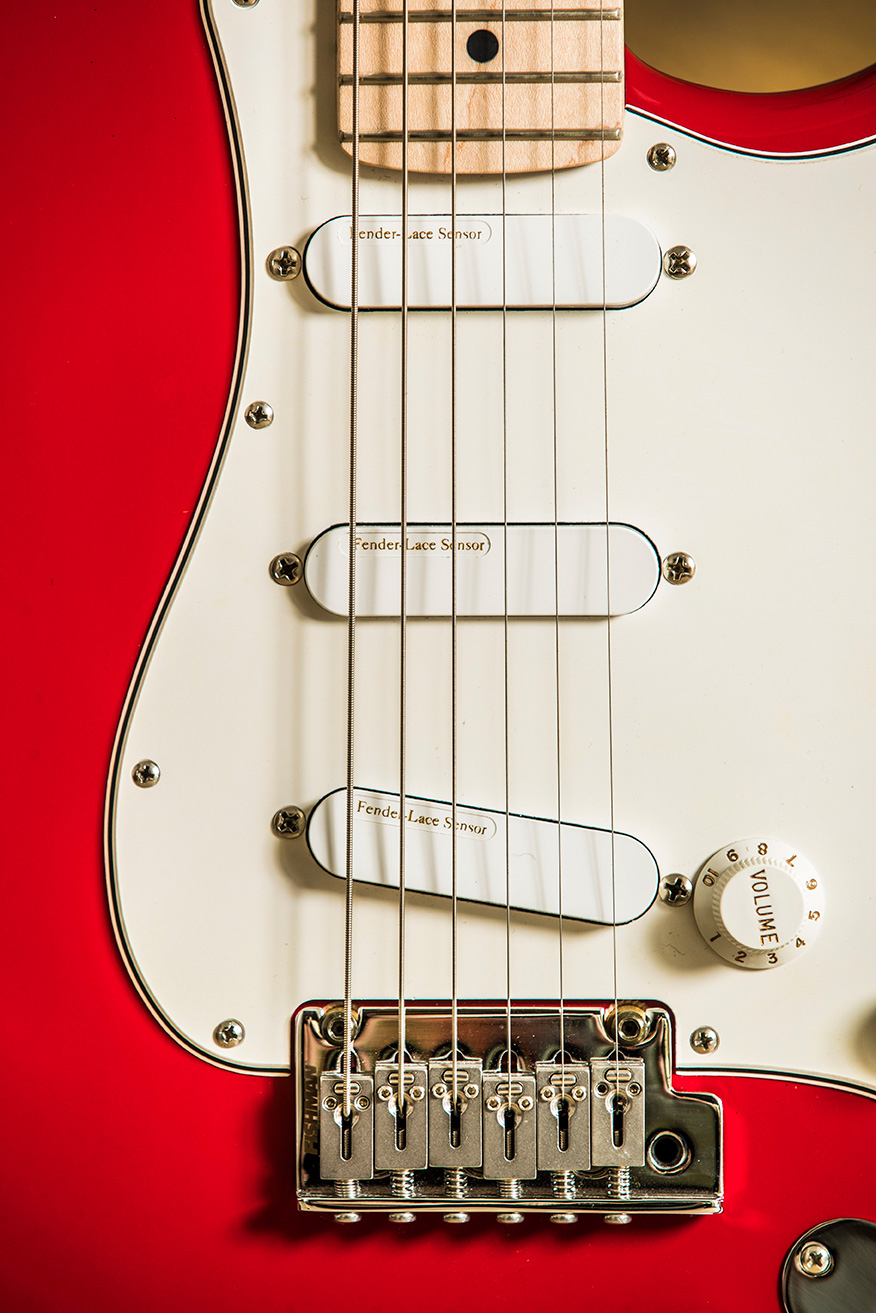 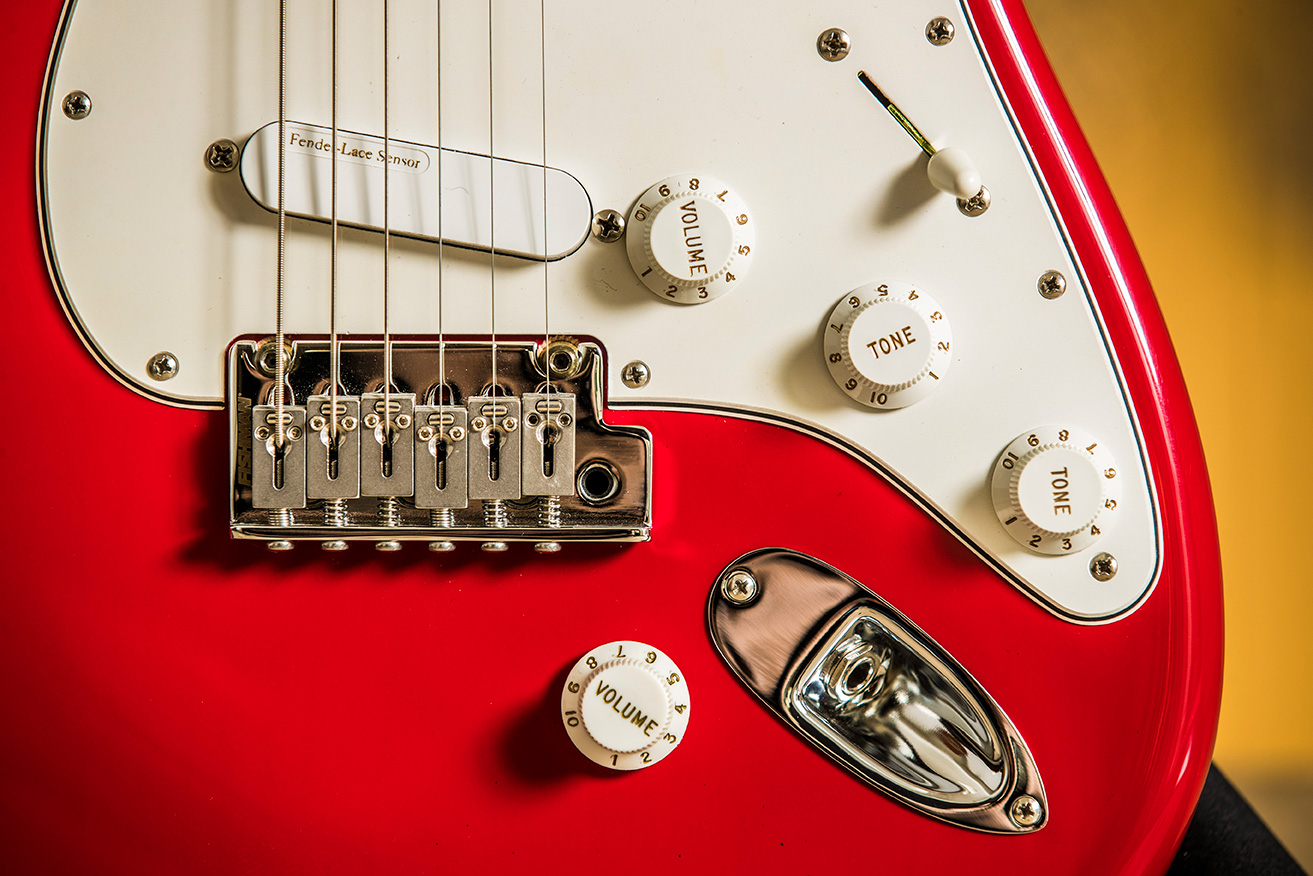 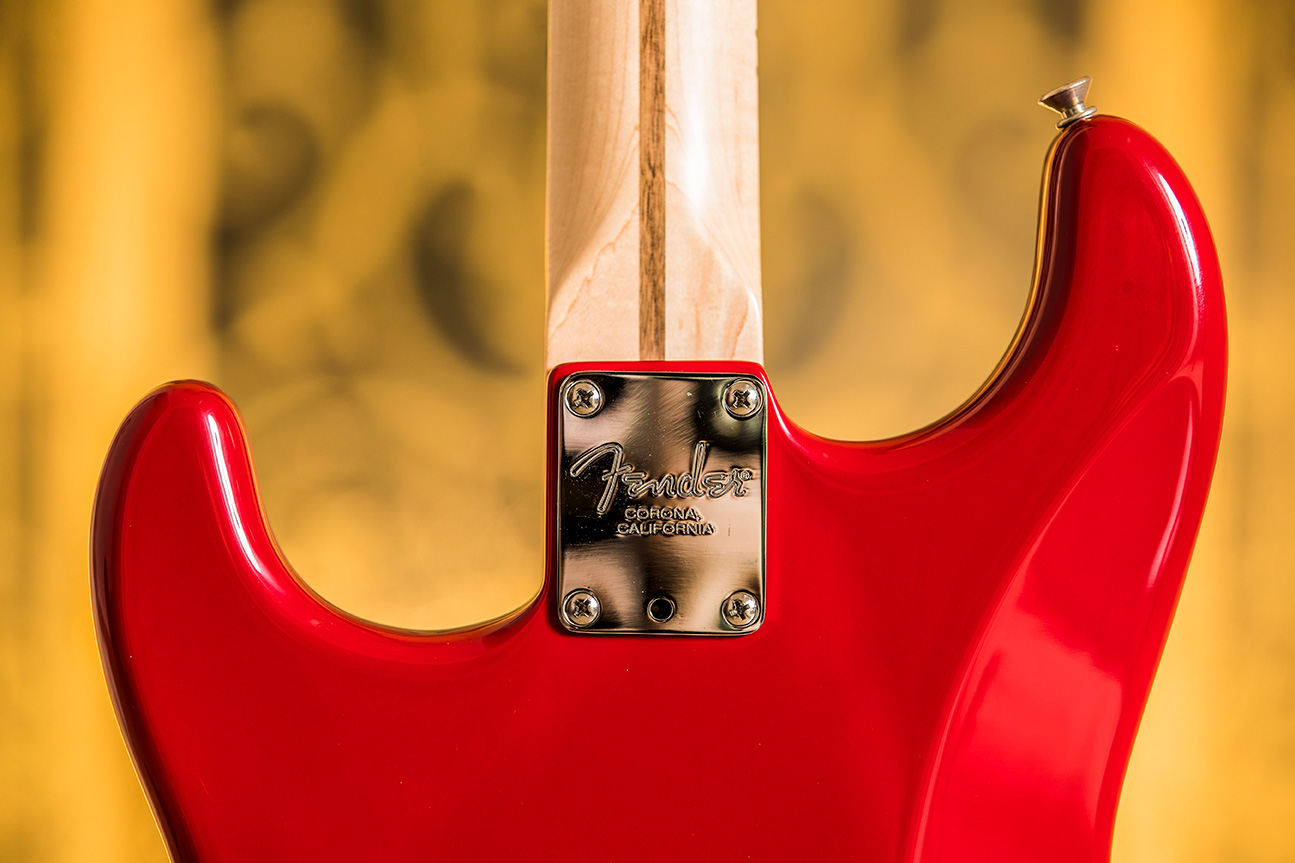 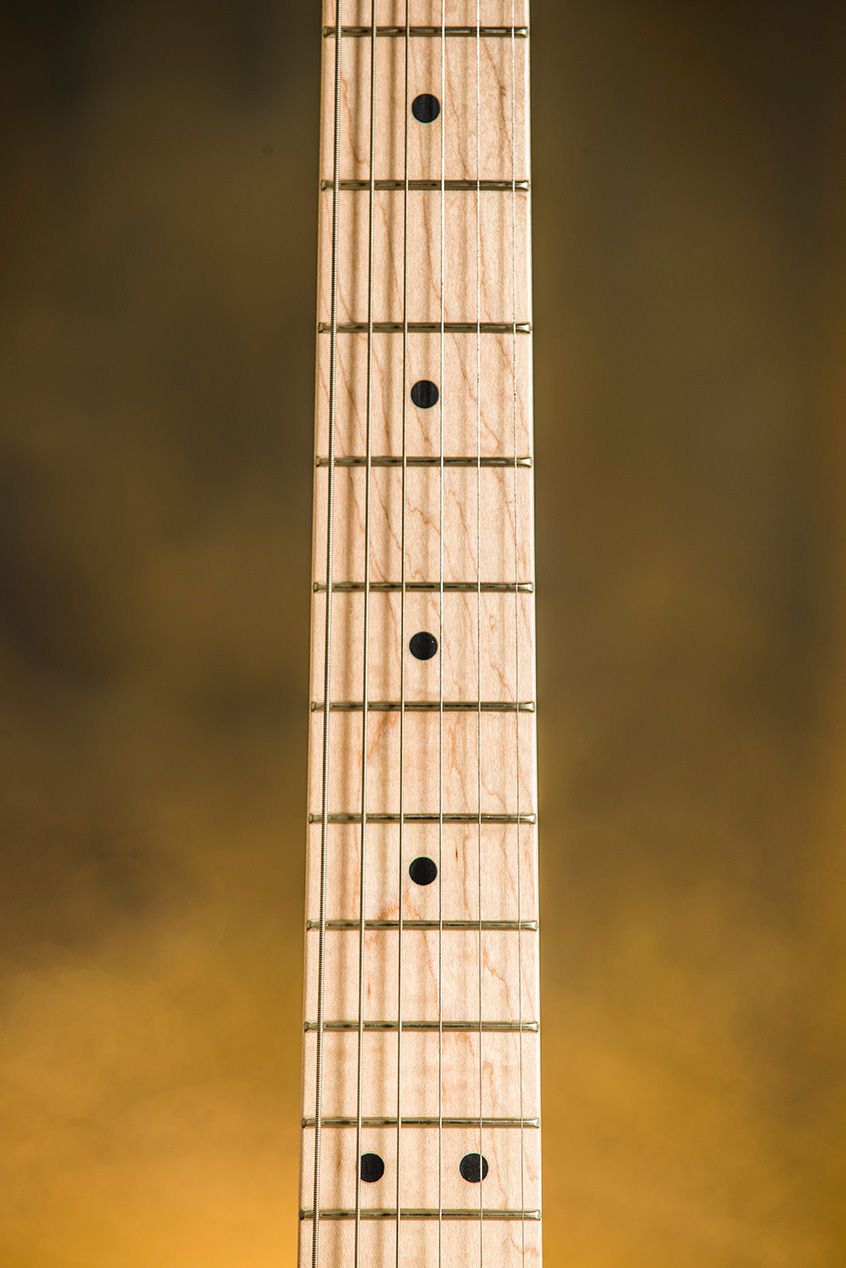 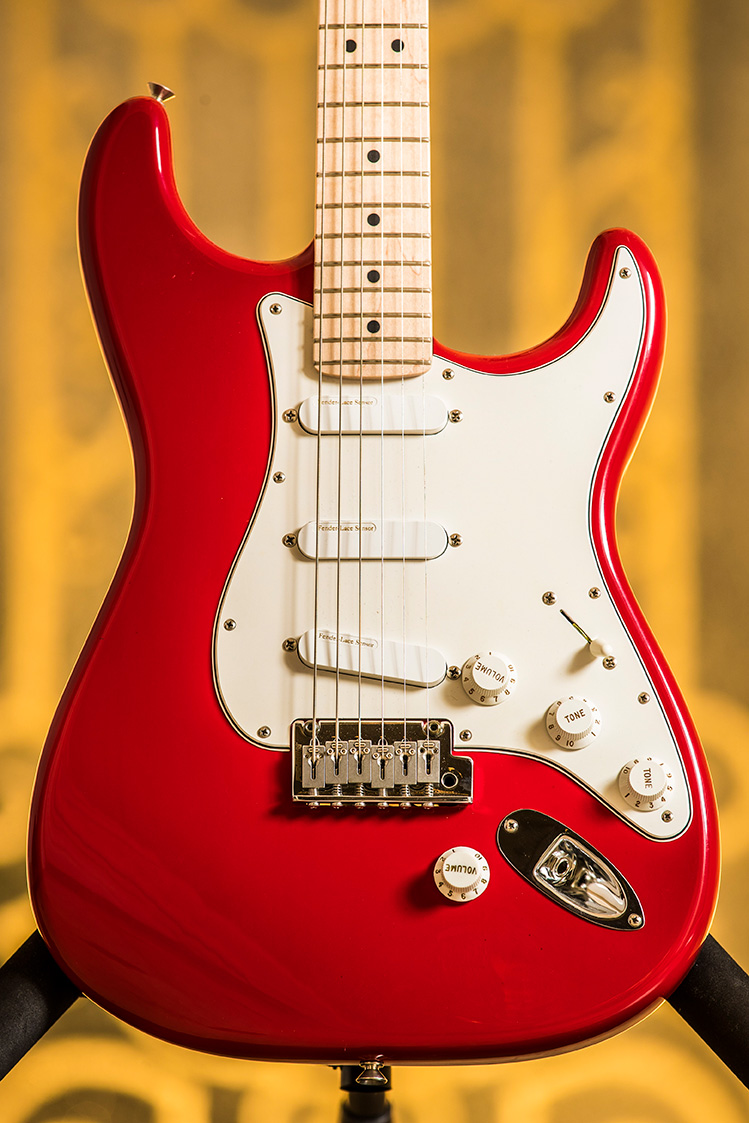 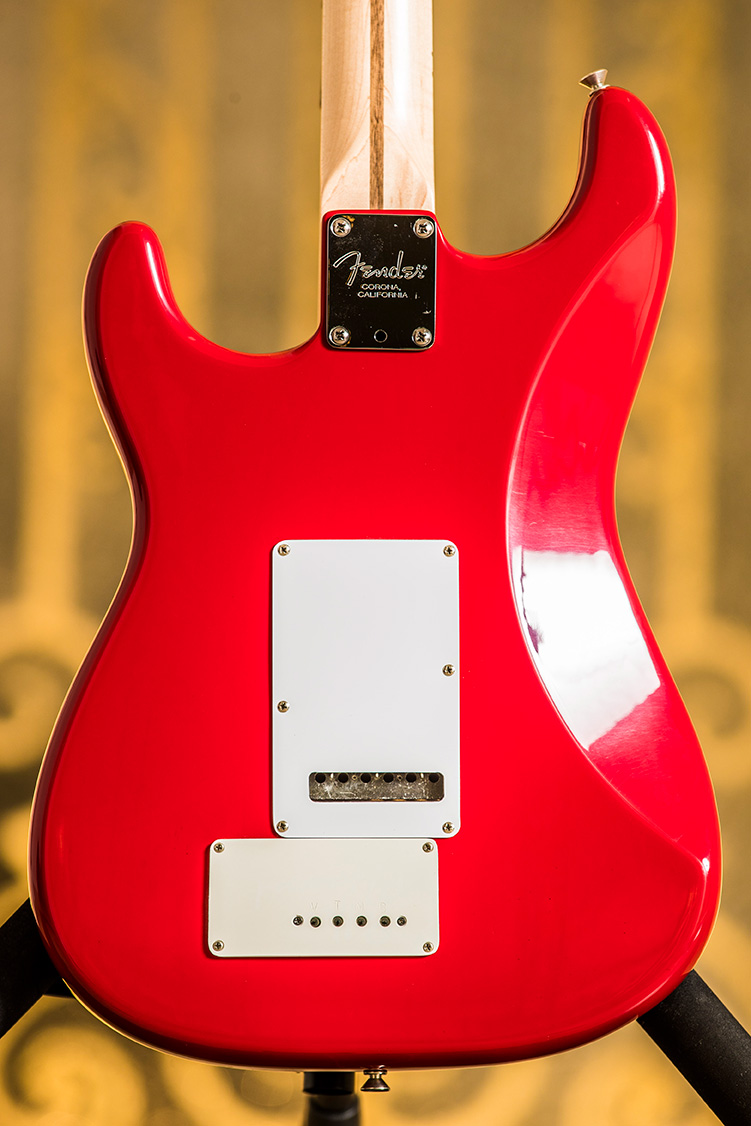 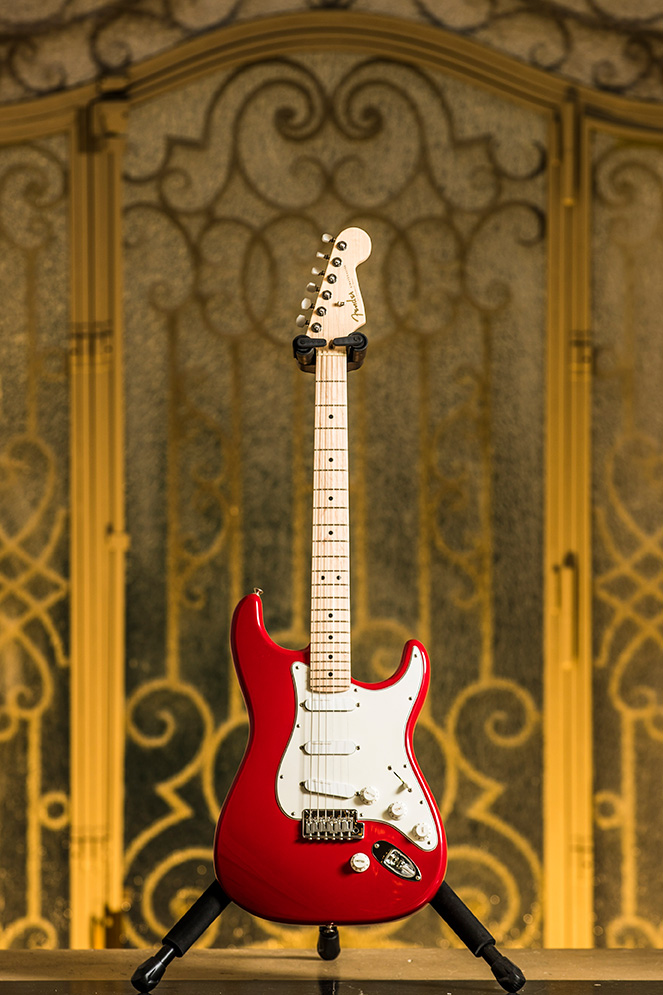 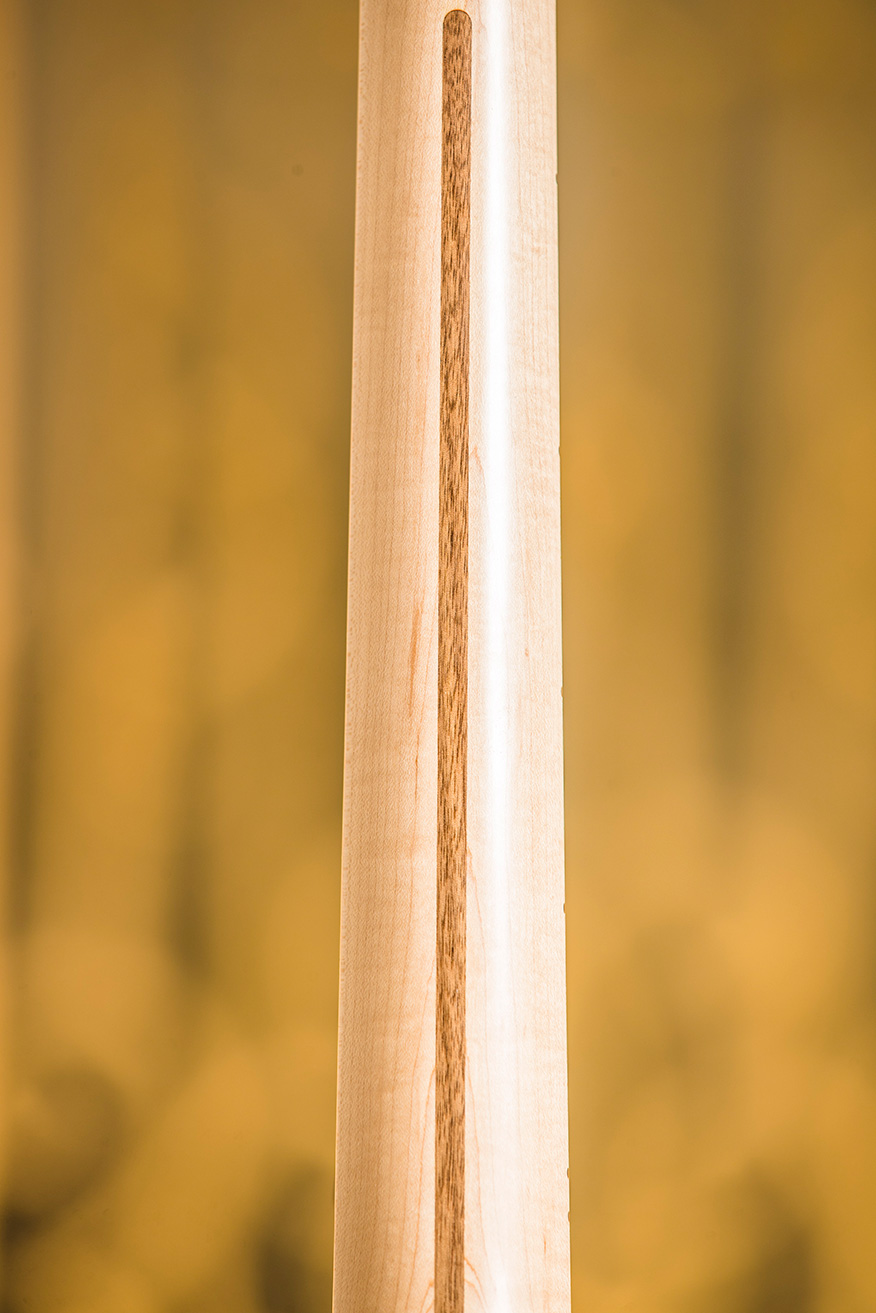 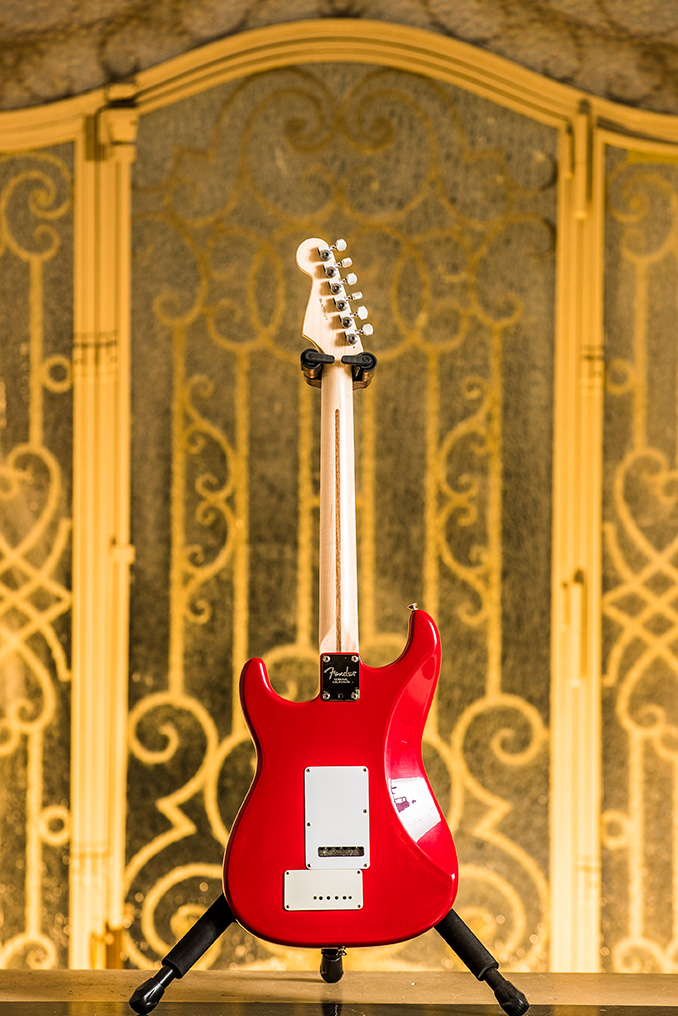 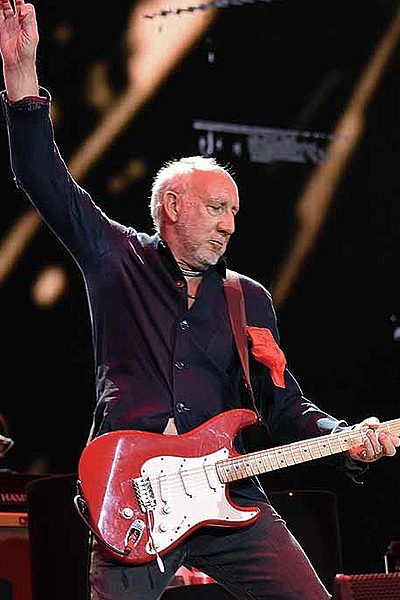 Pete Townshend is electricity. He is destruction made into music, teenage angst turned into unforgettable riffs, rock brutality in its purest form. More than half a century after the Who’s first single, the British band of “Maximum Rhythm n’ Blues” is still on the road, playing timeless songs every night for sold out arenas. Pete Townshend’s riffs have influenced so many artists that the originals still sound unexpectedly fresh.

The band’s first hit came out in 1965, and I Can’t Explain already had all the elements that made the Who such a great outfit: a spastic angry riff with big chunks of silence and a pop voice with heavenly harmonies. My Generation, which came out the same year, took it even further to the point that it is often considered to be one of the first punk records in history, twelve years before that noisy nihilistic single was ripped off by the class of 77.

Then the Who’s music progressively became more complex as Townshend, the master and commander of the band’s ship, developed his recording technique in his home studio, a very rare commodity back then. A Quick One (1966) featured a nine minute mini opera, a concept that became fully blown in 1969 for the band’s most famous album, Tommy. That demanding double record became the rock opera archetype by developing a narrative continuity throughout the 24 songs it contains, while still managing to get a hit record with Pinball Wizard (another monster riff, on acoustic this time).

Live At Leeds in 1970 quickly became known as one of the best live albums of all time, a truly orgasmic explosion on which Townshend’s sound, a Gibson SG Special into a Hiwatt amp, is as close to fat perfection as can be. Who’s Next came out after it, a great album for which the band showed a little less conceptual ambition. But Quadrophenia took it again in the other direction in 1973 with another rock opera, darker than Tommy. Keith Moon, the Who drummer, died in 1978 and the band only lasted five years without him before splitting up. Eventually, after a few Townshend solo albums that really hold up, the band got back on the road in 1996 and, in spite of historic bassist John Entwistle’s death in 2002, Pete keeps on riffing around the world.