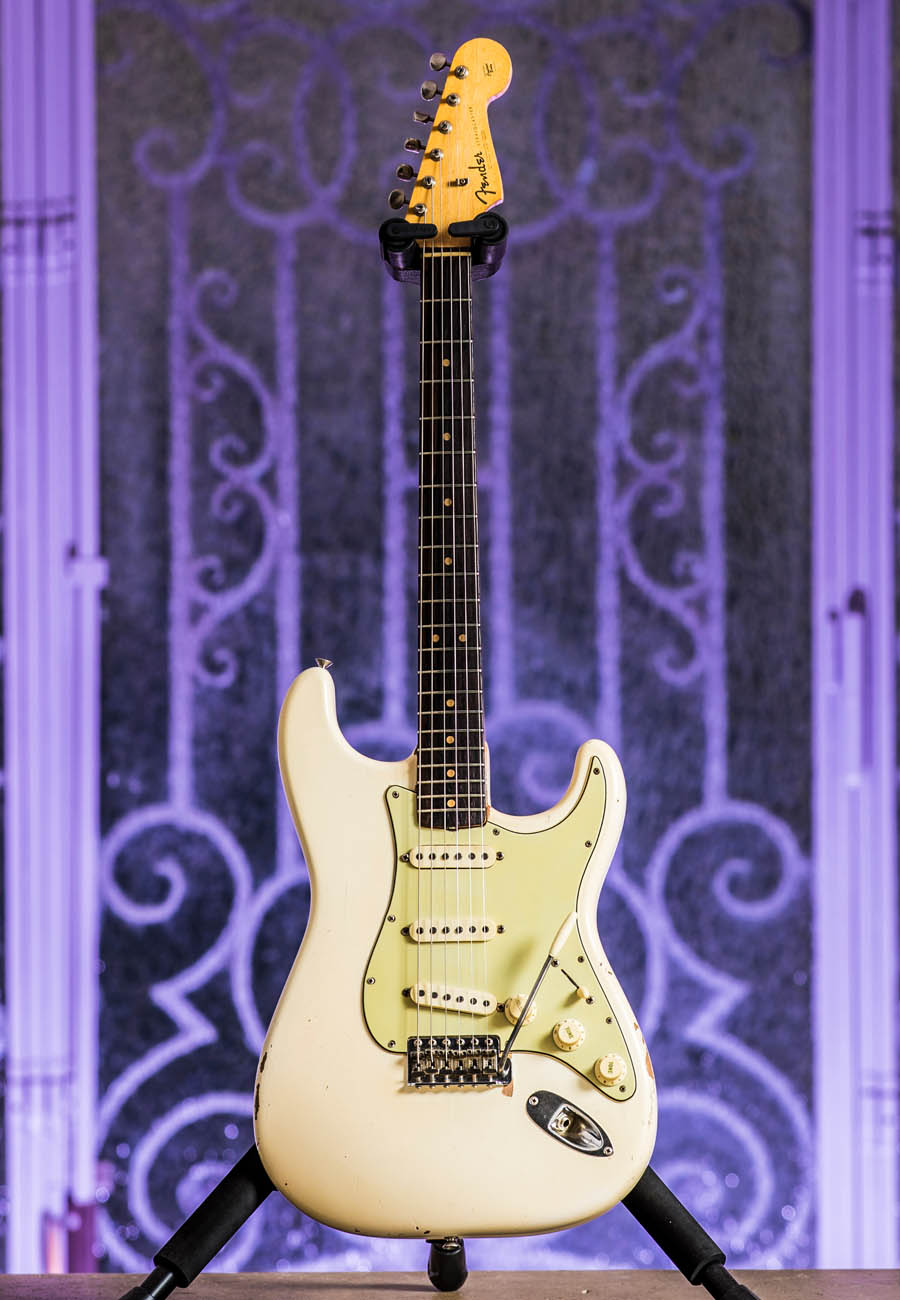 No guitar player has done as much for the Strat as Jimi Hendrix. The voodoo child was the only one who could do everything he did with Leo Fender's famous invention, creating mysterious sounds that no one would have envisioned when the Strat was born in 1954, and that still seem forward-thinking to this day. That association has such a historic weight that any Strat that belonged to Hendrix automatically becomes an important relic.

But this 1963 Strat is even more precious since it was one of the master's favorites. He owned many new Strats from the late sixties that he would lend, give or mistreat on stage, but the small headstock Strats were rarer in his collection, and that one is one of the very first he got. Back then, he was still known as James Marshall Hendrix, doing studio session work. He had just left Little Richard's band and bought this Strat in 1965.

It remained one of his favorites for studio work, a perfect workhorse on which he would experiment to reach the greatest level of comfort, and that he didn't dare to play on stage for fear of losing one of his most precious tools. This explains why he didn't add a strap button to the upper cutaway, which would have made it simpler to play standing as a leftie. Hendrix would sit in the studio. The white finish is probably not original, and a shade of sunburst can be seen through some dings in the paint. The vibrato's arm has been burnt to be bent for a better angle when using it heavily. There's an Olympic White stain in the back which shows that the vibrato springs were usually kept accessible to set them up faster. There is also a black stain in that cavity that allowed Leon Hendrix, Jimi's brother, to identity the guitar for sure. It remains to this day the only Hendrix guitar authenticated by his brother.

This Strat alors comes with a certificate signed by the owner of the studio who was gifted that guitar back then as a thank you from Hendrix for giving him studio work. Seymour Duncan himself has worked on that Strat and got to identify it in 2013, almost fifty years after helping the maestro find his sound by modifying his instruments. Each guitar has its stories, this one is a full blown book. 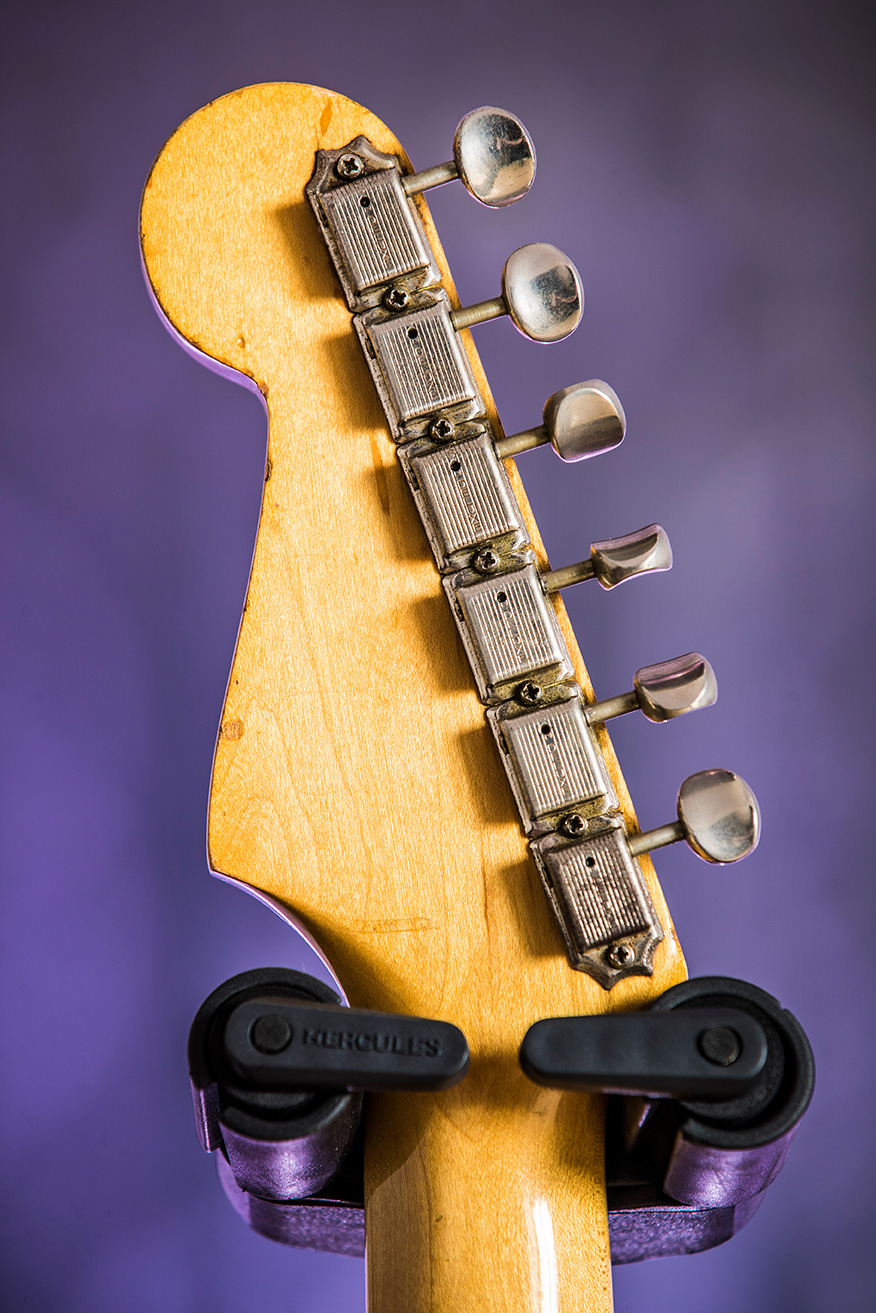 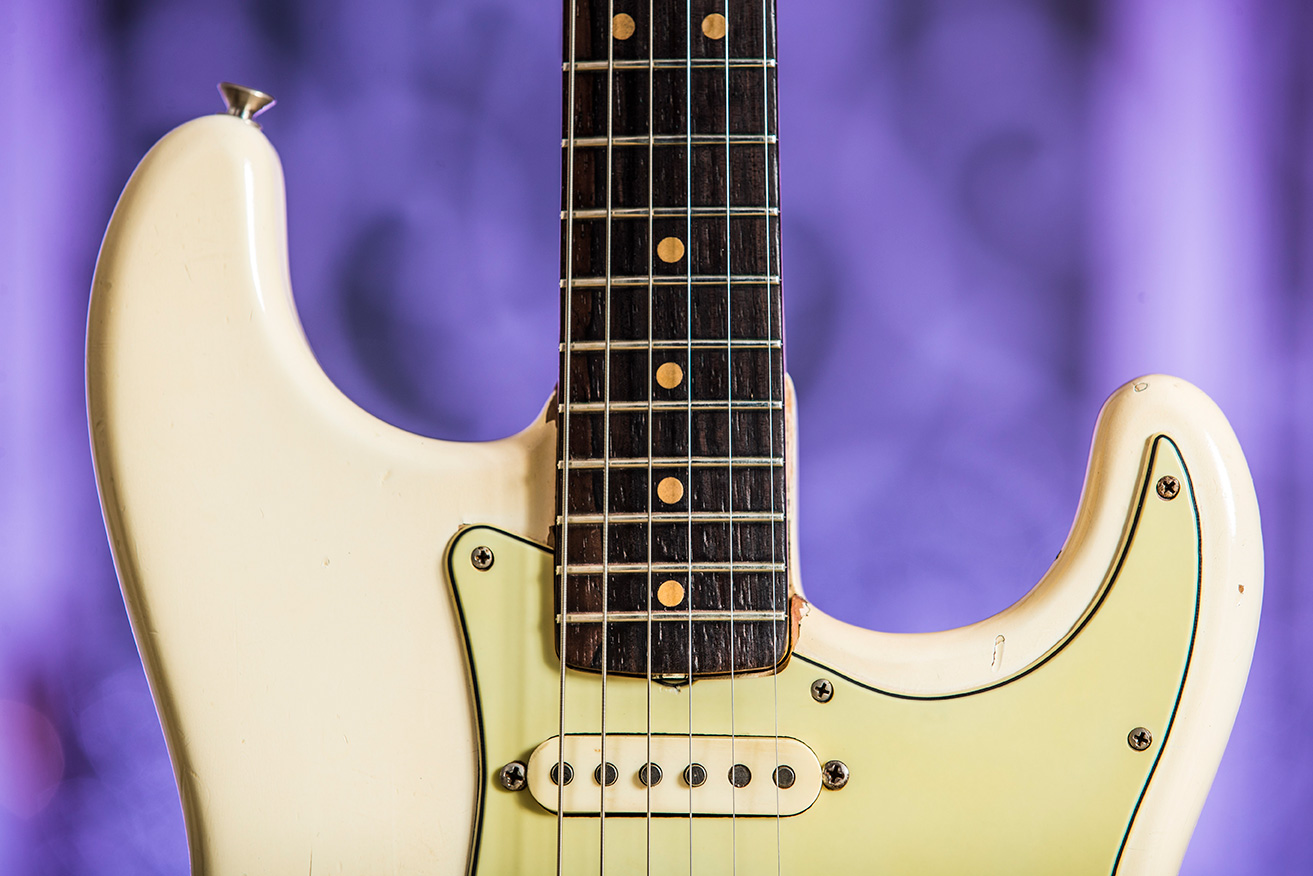 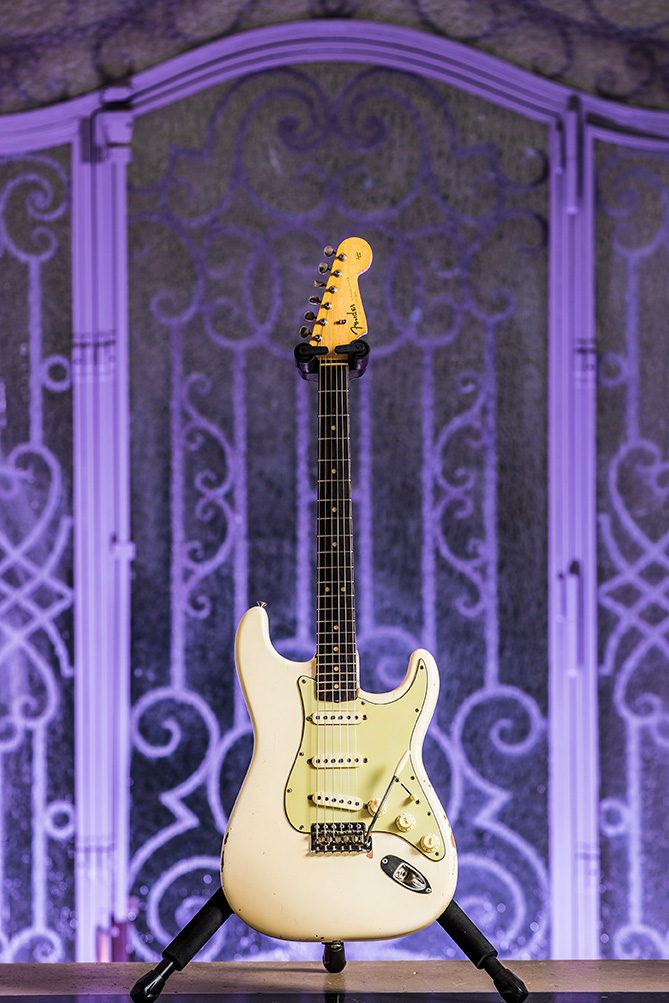 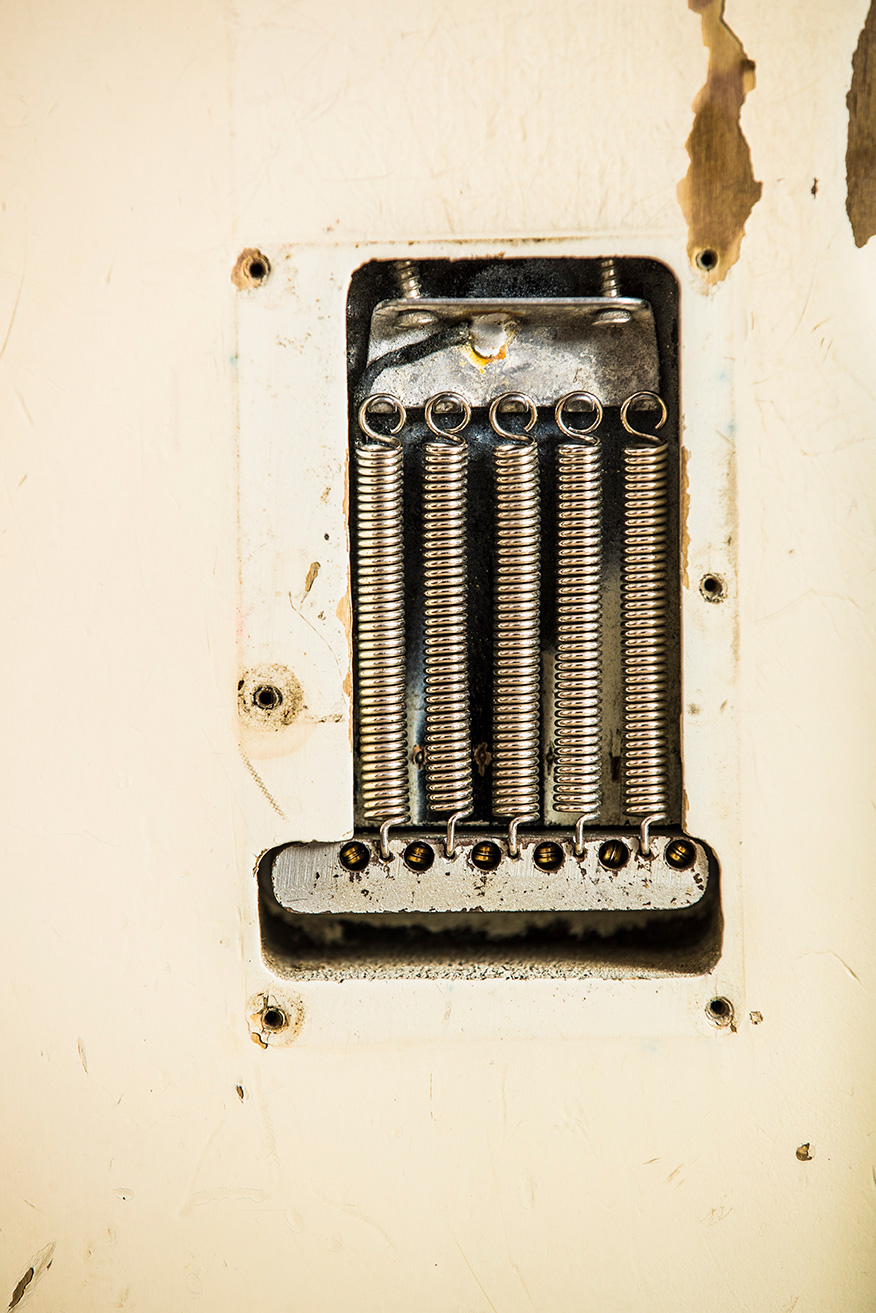 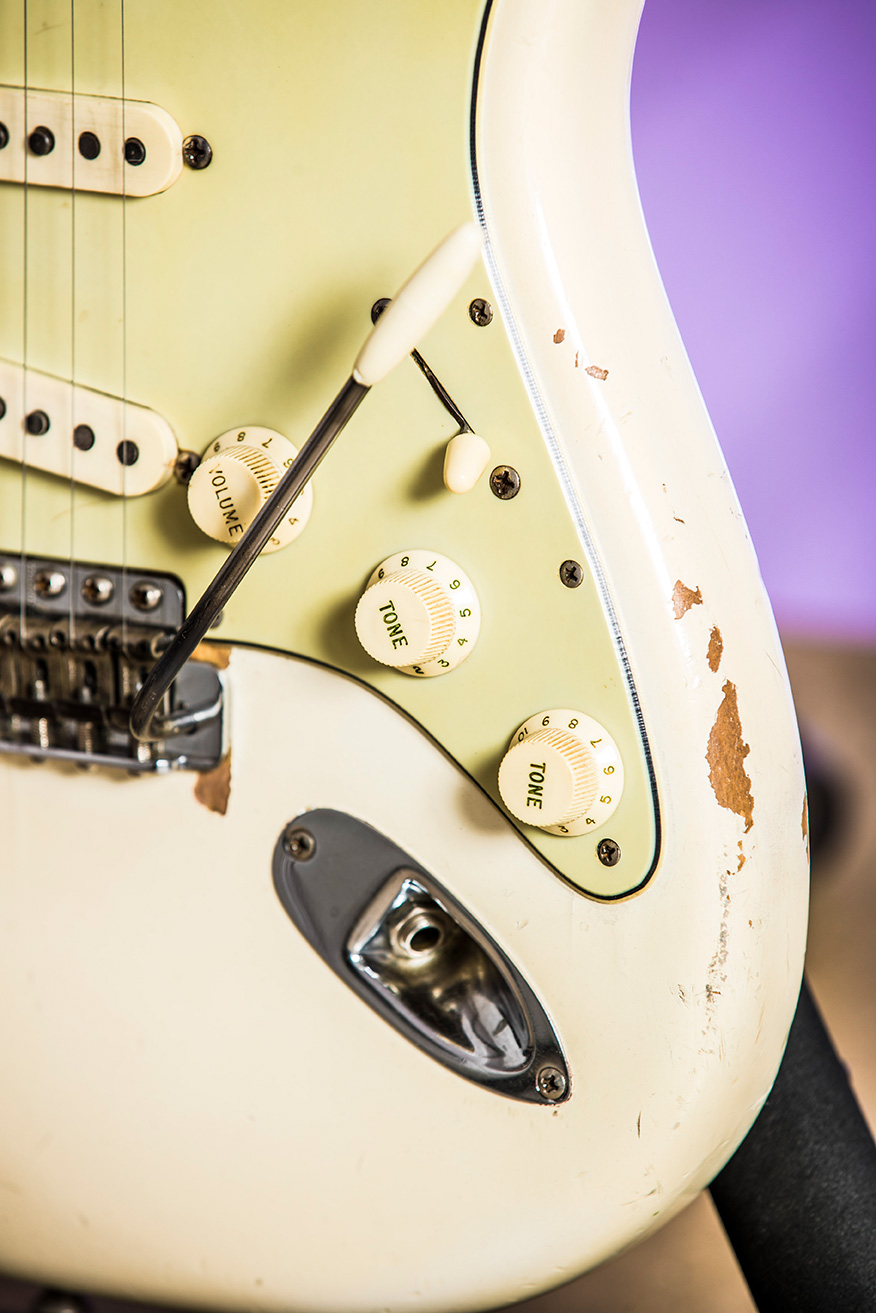 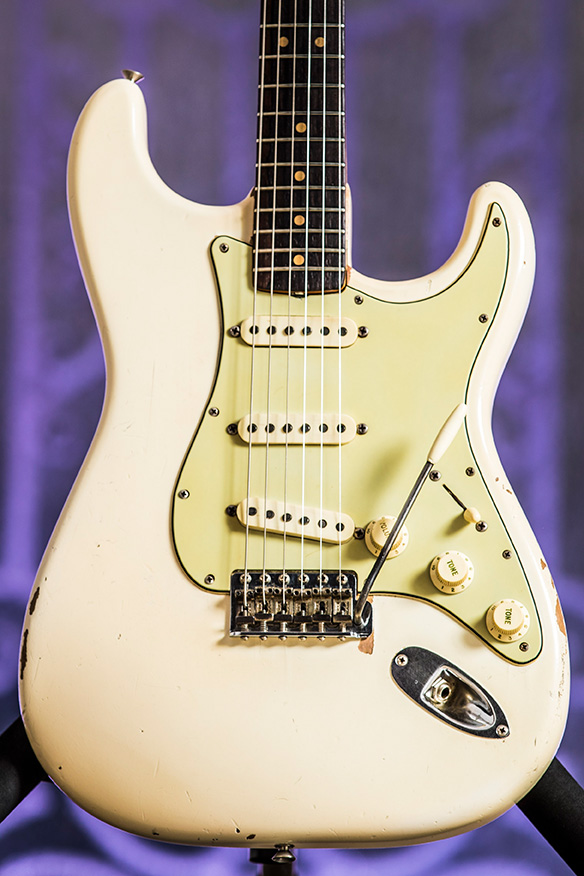 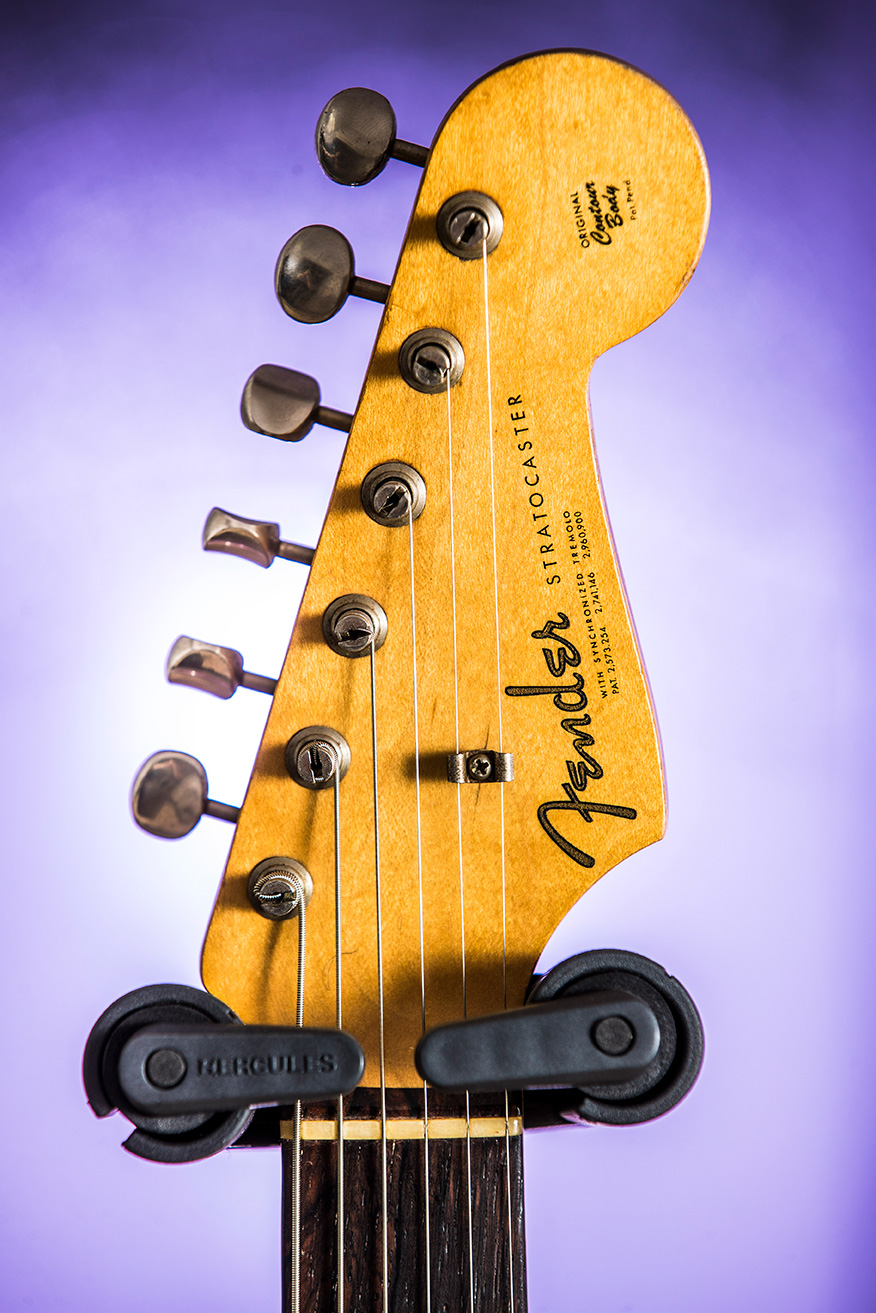 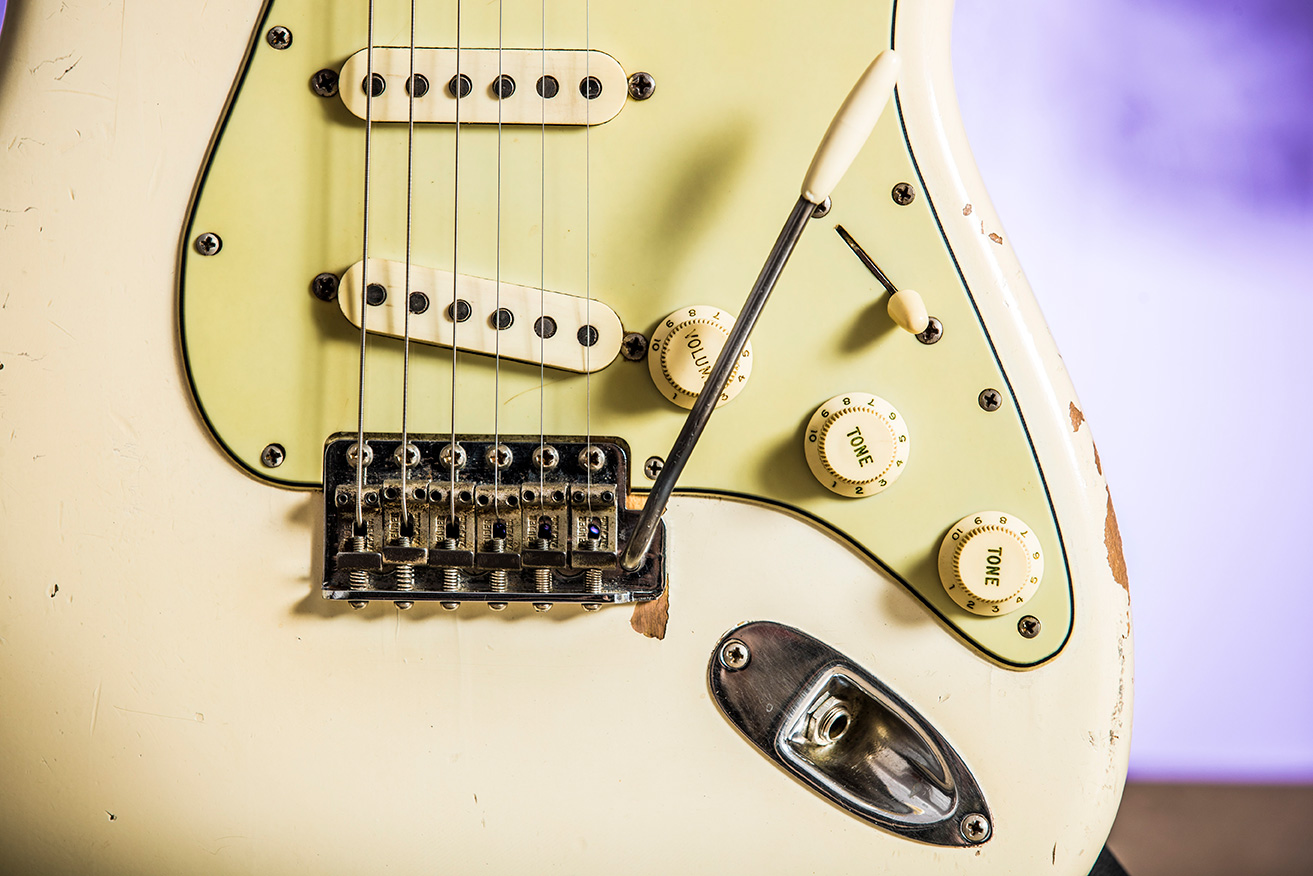 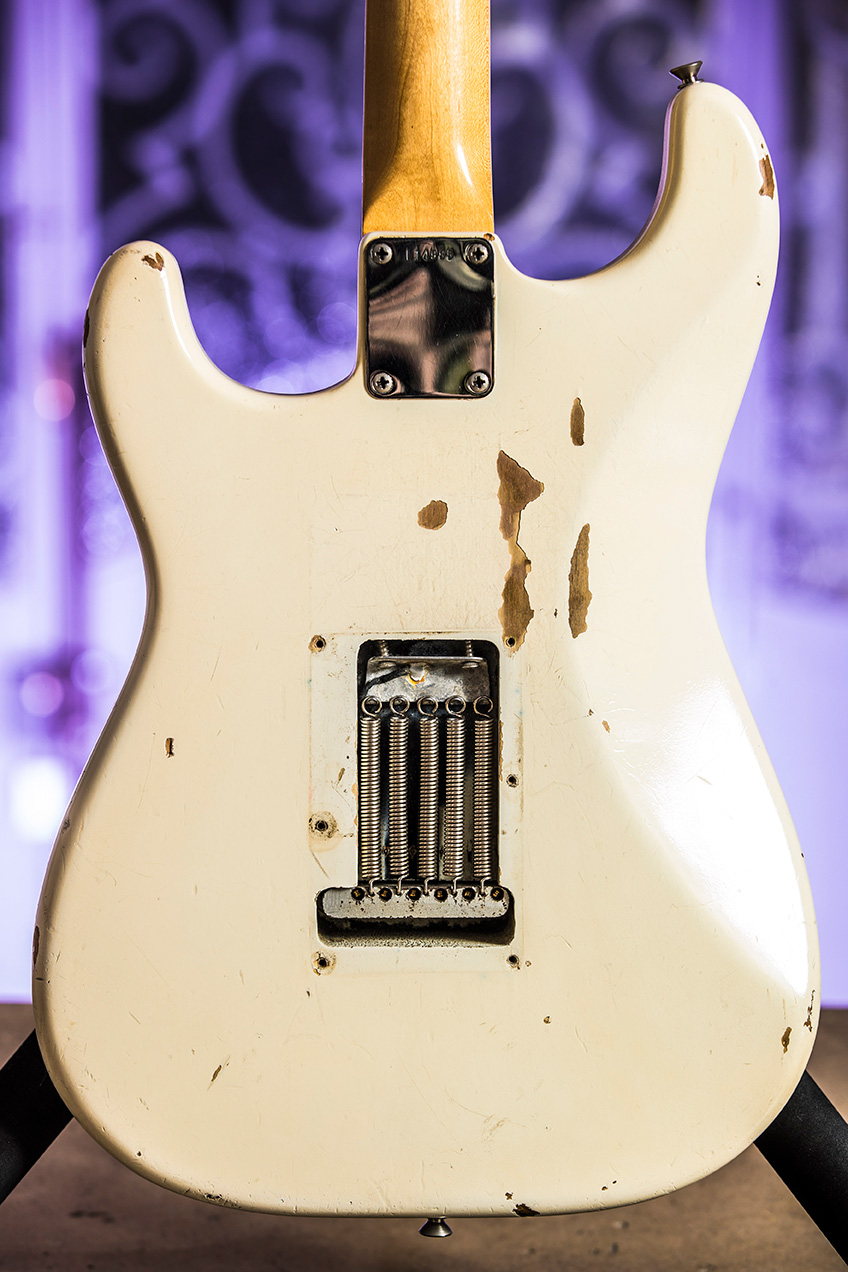 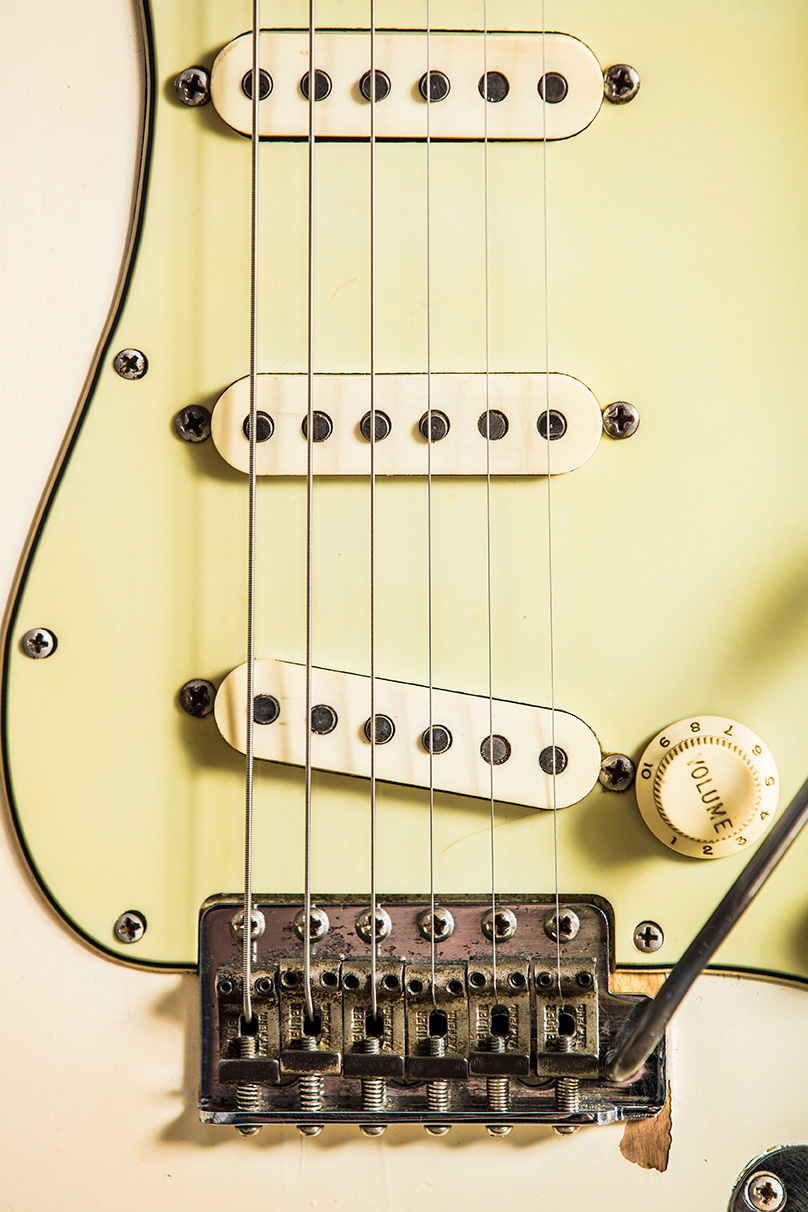 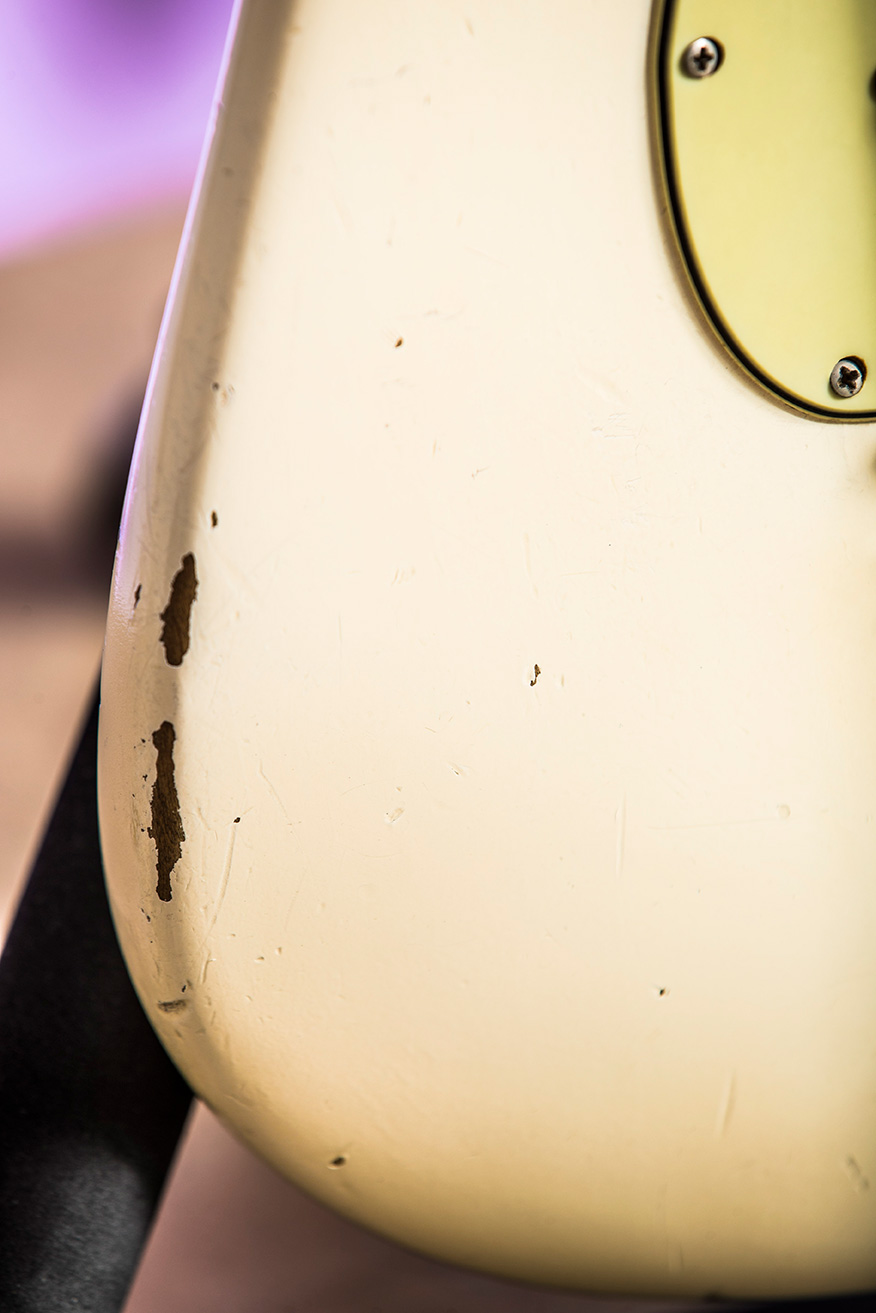 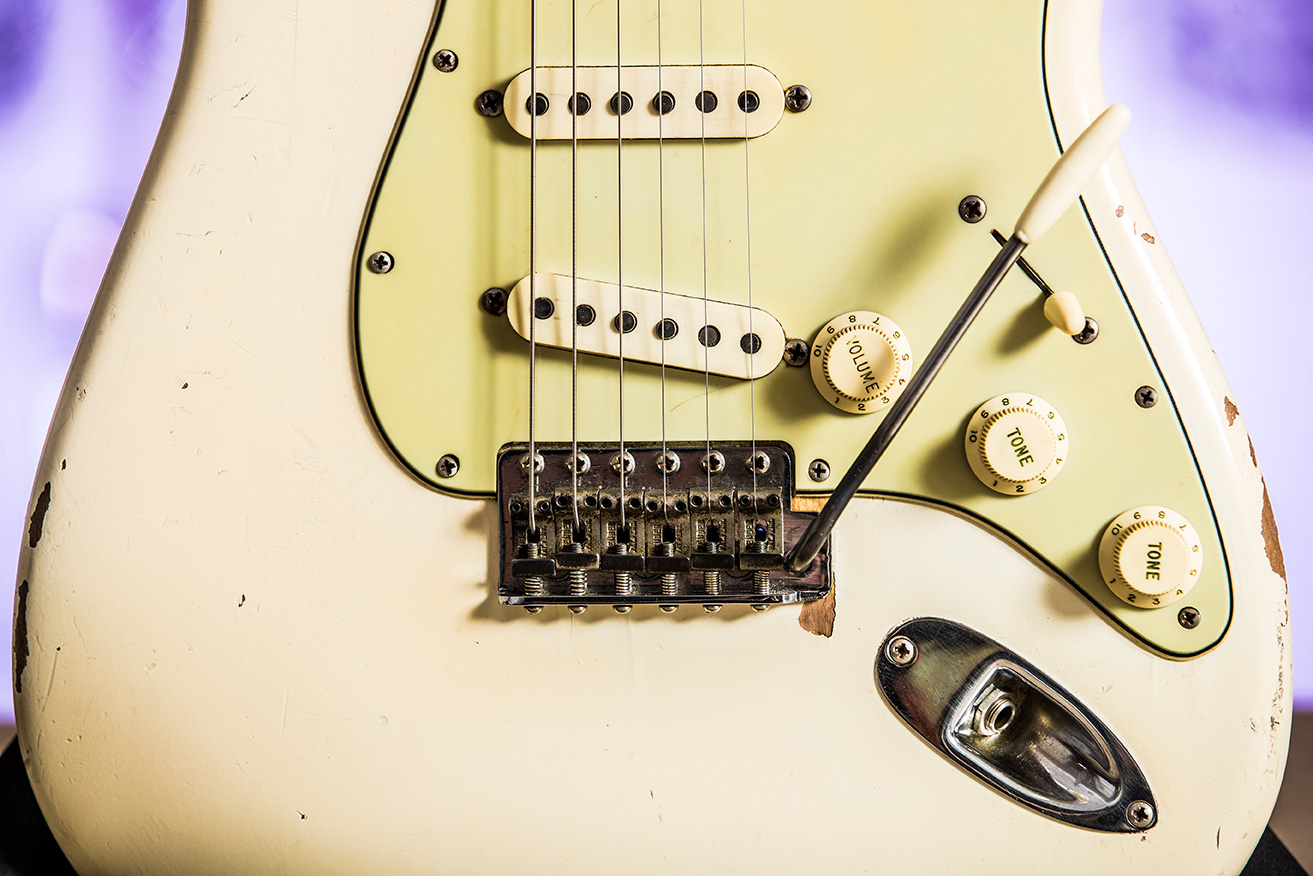 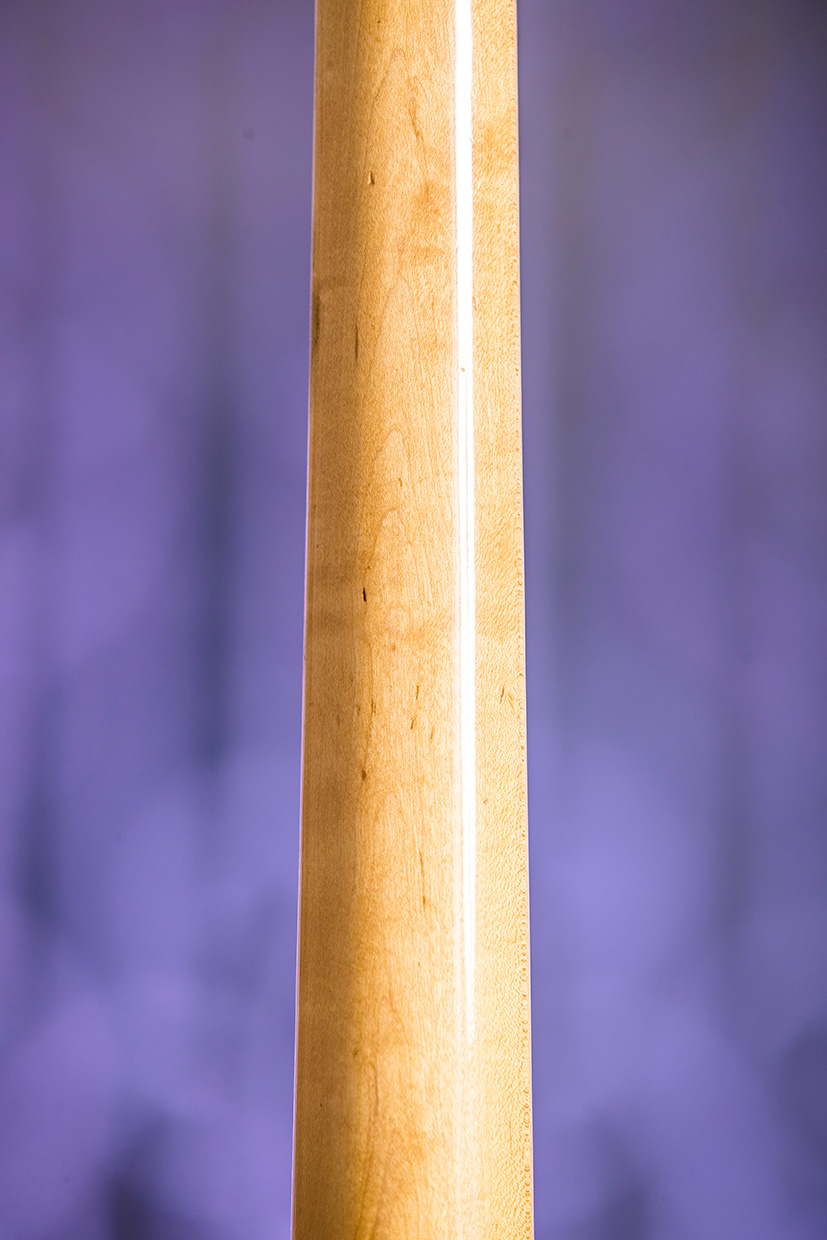 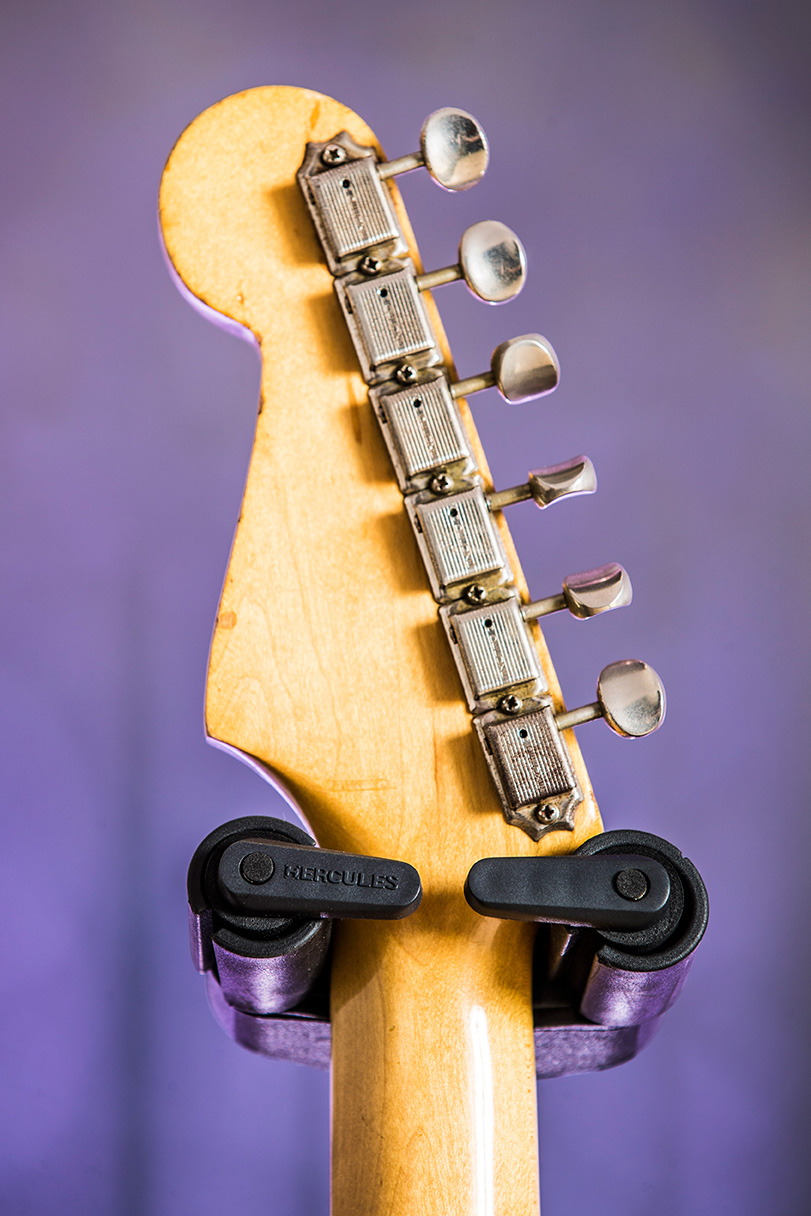 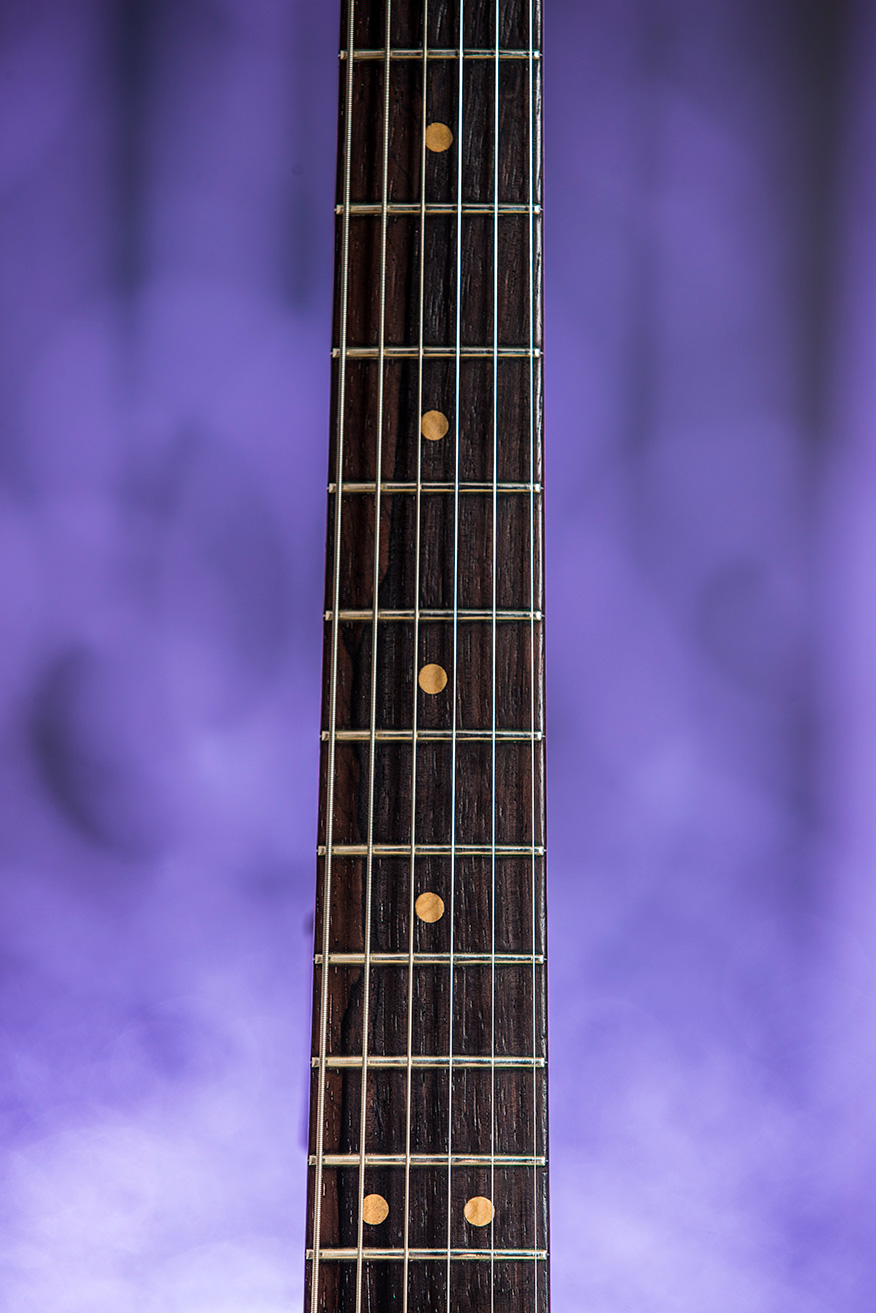 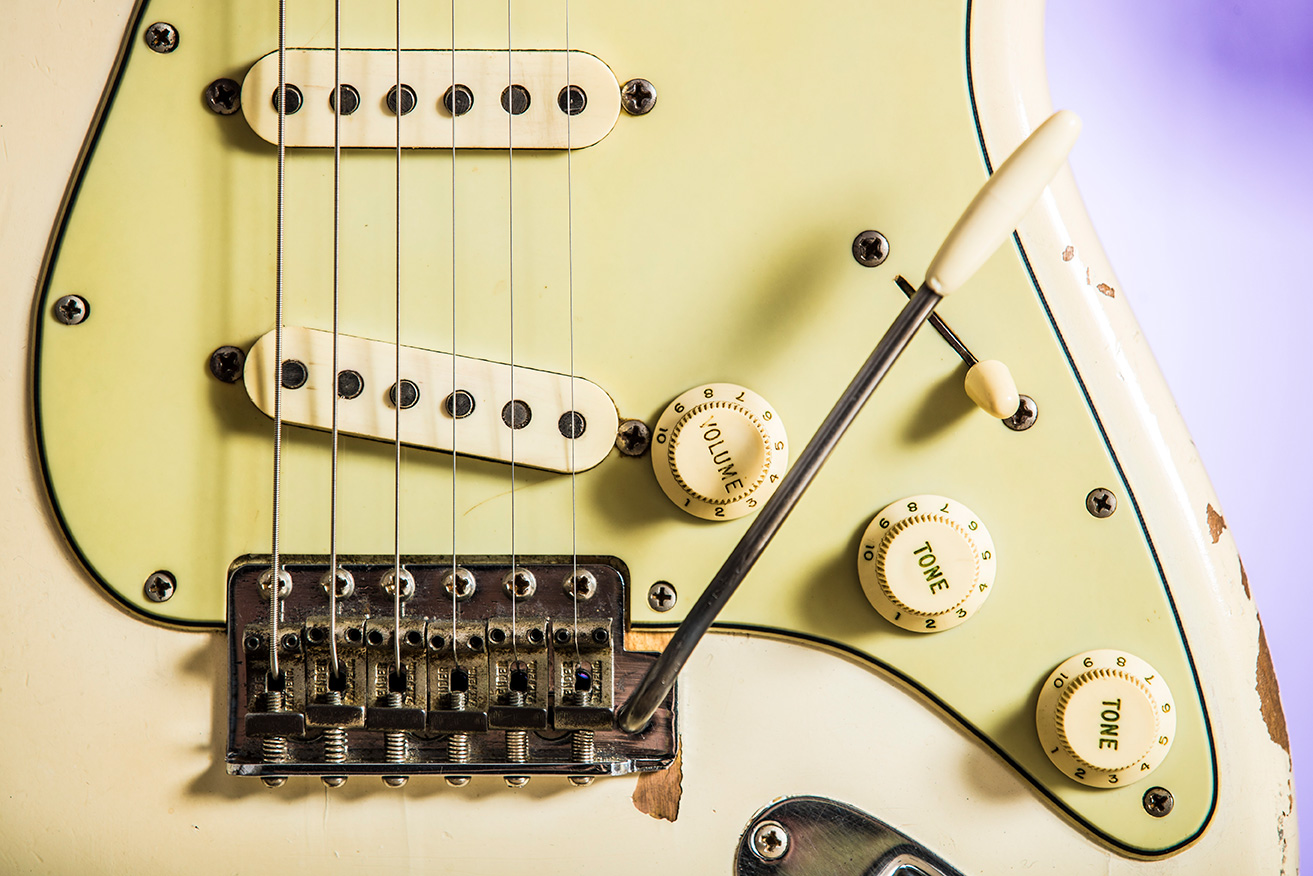 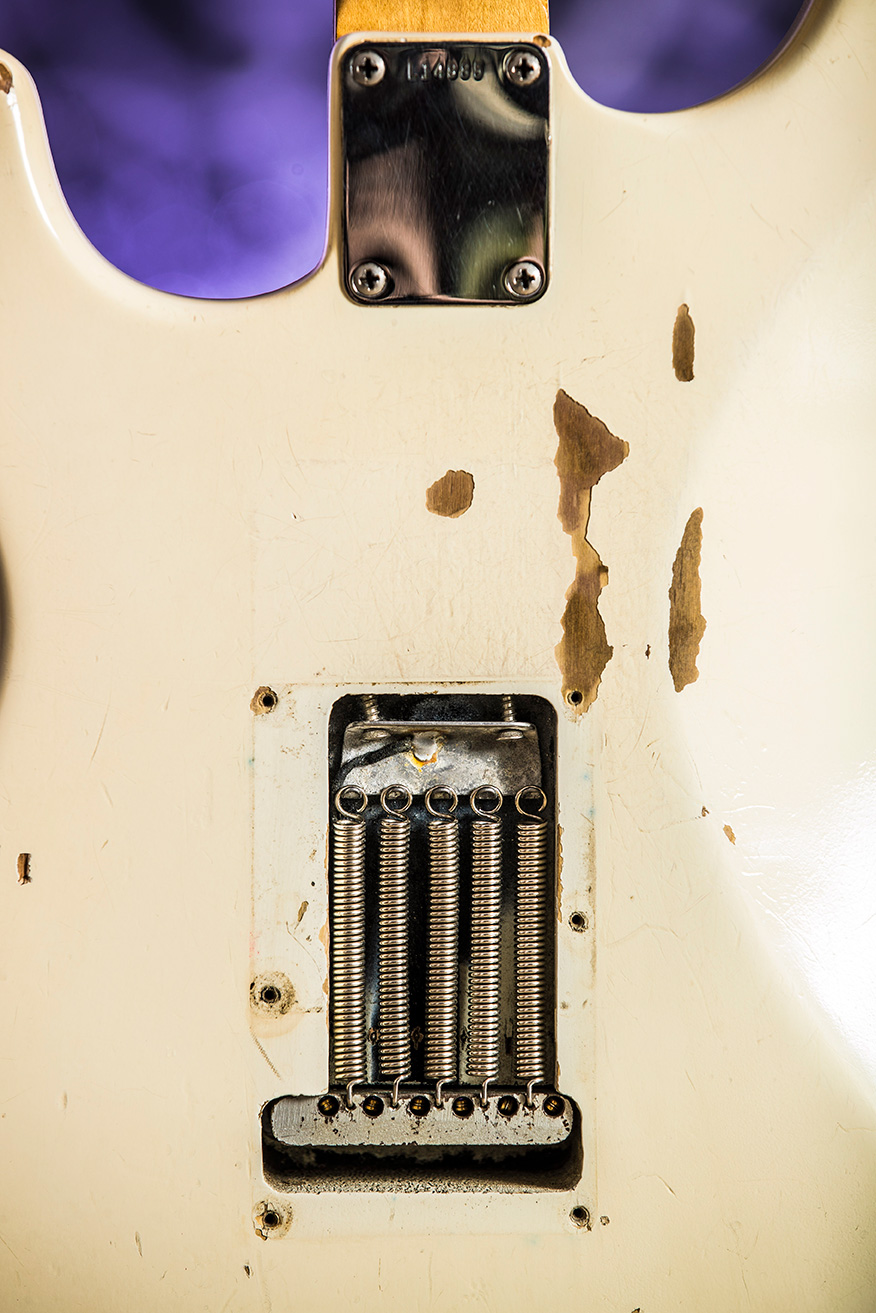 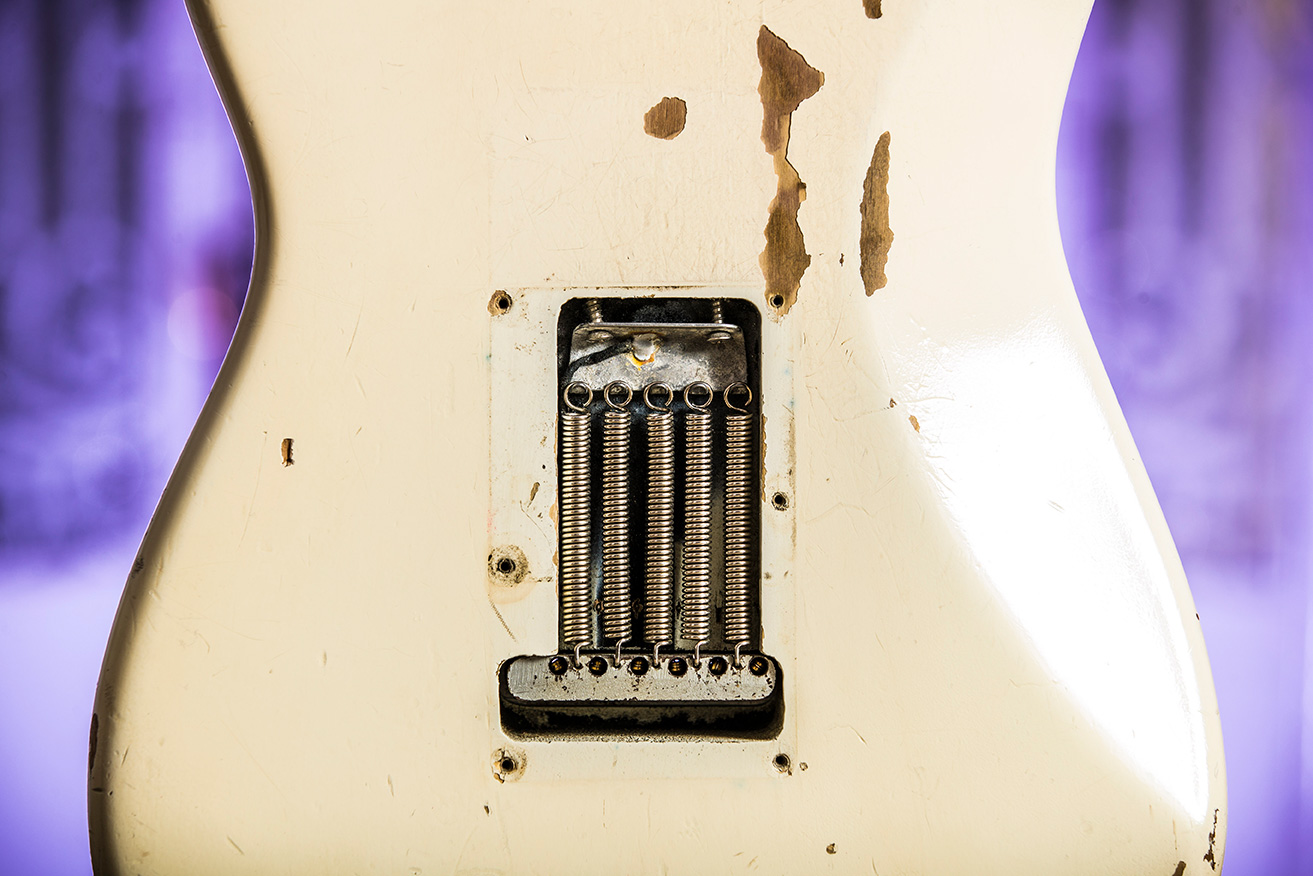 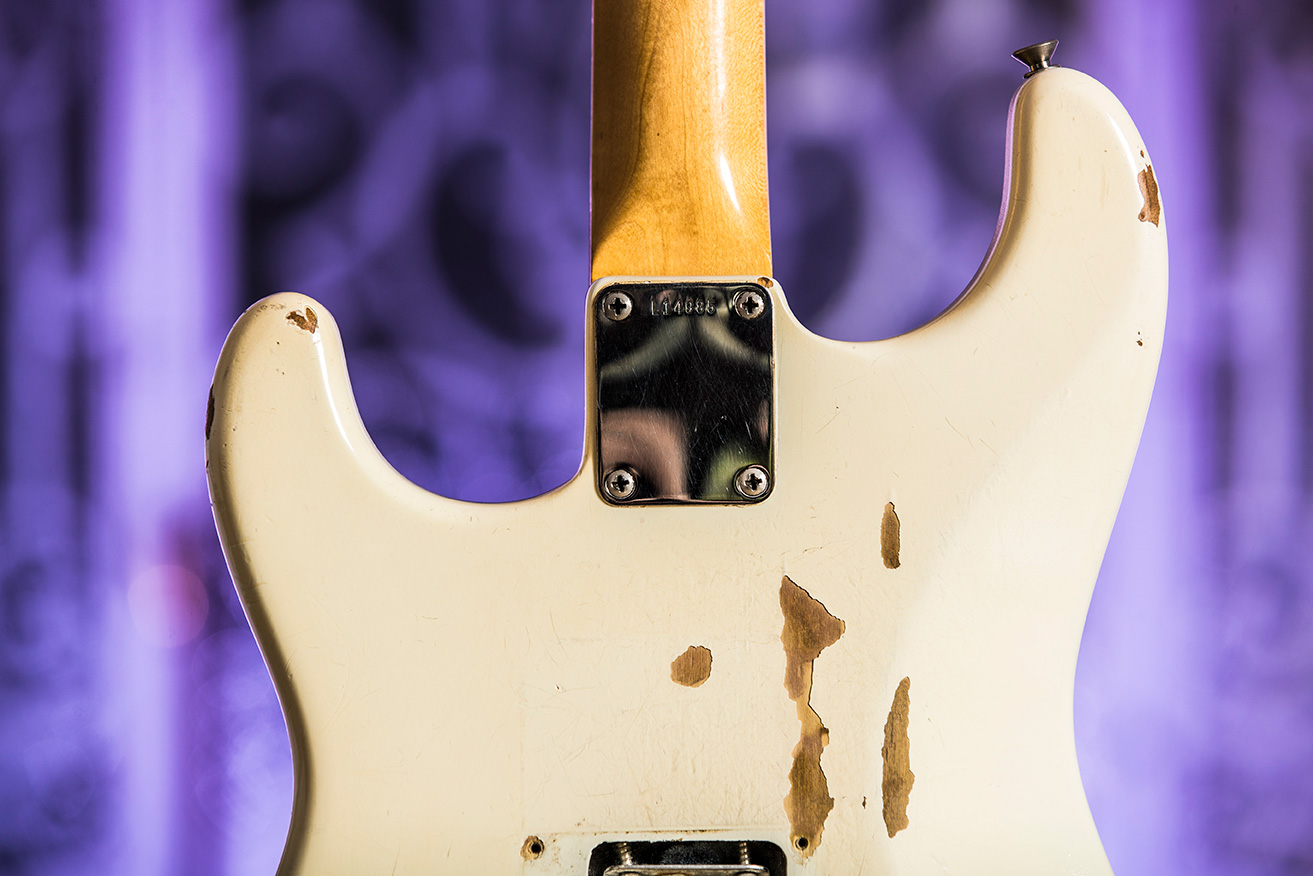 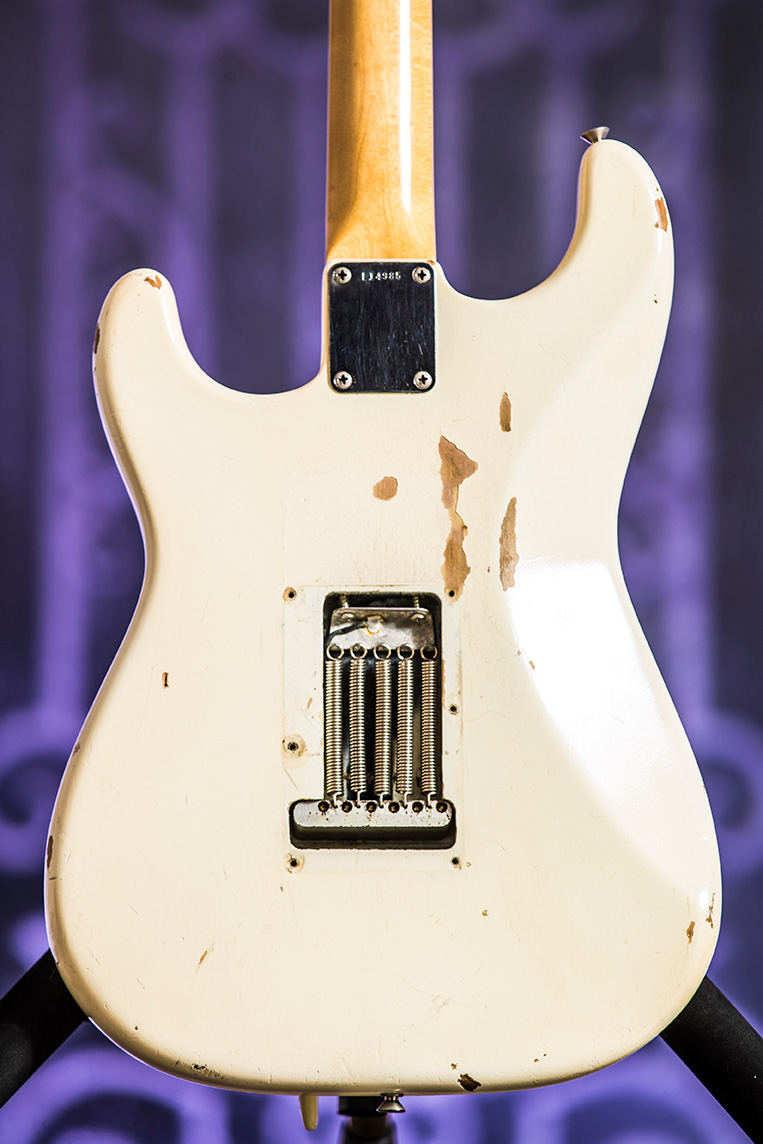 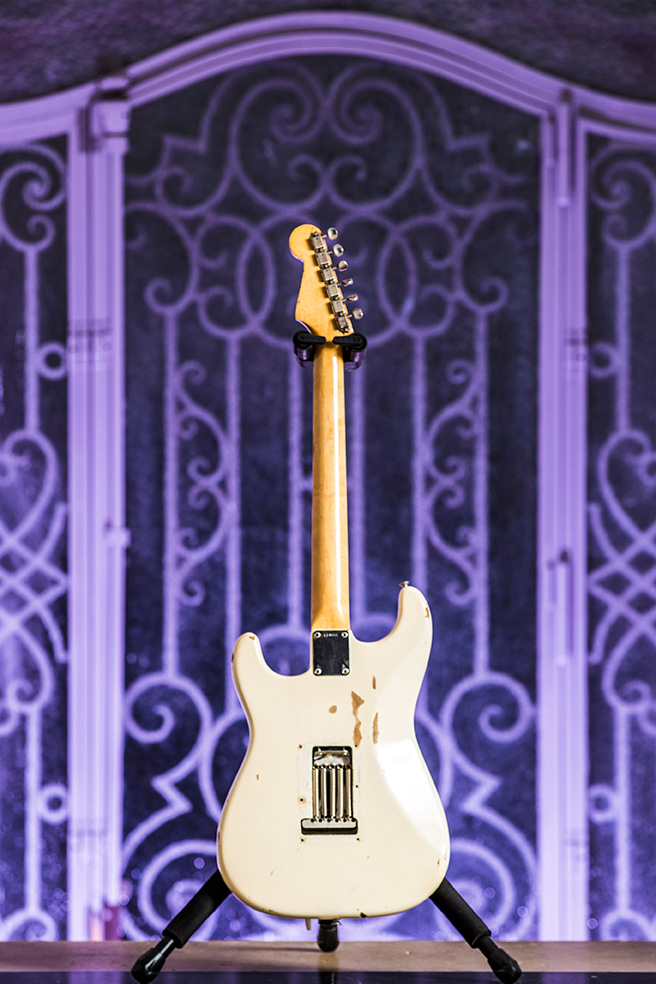 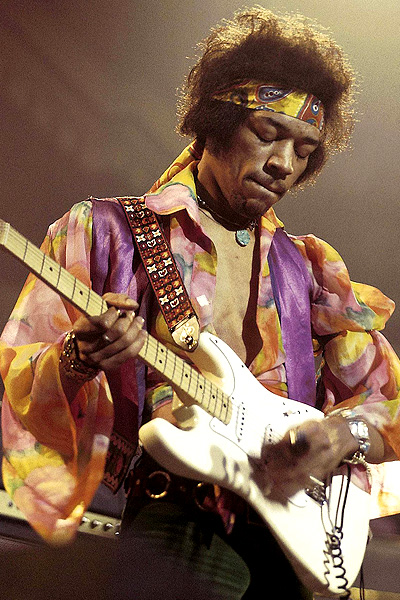 The emperor. The big bad boss. It seems like the Stratocaster was invented especially for Jimi Hendrix since he could muster sounds from it that remain a mystery half a century later. In three years only, Hendrix has reinvented the electric guitar and made every guitar hero that came before him work much harder to keep their job. To this day, Hendrix is still a looming shadow over any aspiring guitarist.

Jimi started his career by playing with several bands and singers as a hired gun, including Little Richard and the Isley Brothers. Then in 1967 Chas Chandler, back then the bass player with The Animals, started managing the young musician’s career in London with a rhythm section that became The Experience. Together, the three of them recorded Are You Experienced, the album that made Hendrix an overnight sensation with singles Hey Joe, Purple Haze and Foxy Lady. In spite of the pop format of those songs, Hendrix displayed a certain taste for avant-garde sounds. He was very fond of effect pedals which he always used in a very creative way, from the Octavia on Purple Haze to the Uni-Vibe on Little Wing. Axis: Bold As Love came out the following year and pushed the trio in a more complex direction. But the true Hendrix back then was the wild animal he would become once he would step on stage, unleashing streams of larsen controlled with the vibrato on his Strats.

Then came double album Electric Ladyland in 1968, which represents the culminating point for the Experience, a cosmic journey through Hendrix’s passion for studio work and hours spent manipulating sound waves to get what he wanted. Finally, after a few months spent looking for his next band, he released the live album Band Of Gypsys with a funkier, groovier trio.

Tragically, this album is the last one that came out during Hendrix’s lifetime, but Jimi left so many studio outtakes that it is quite easy to imagine which directions he wanted to explore. A recording session with Miles Davis was in the works, one more reason for grieving Jimi’s early death.