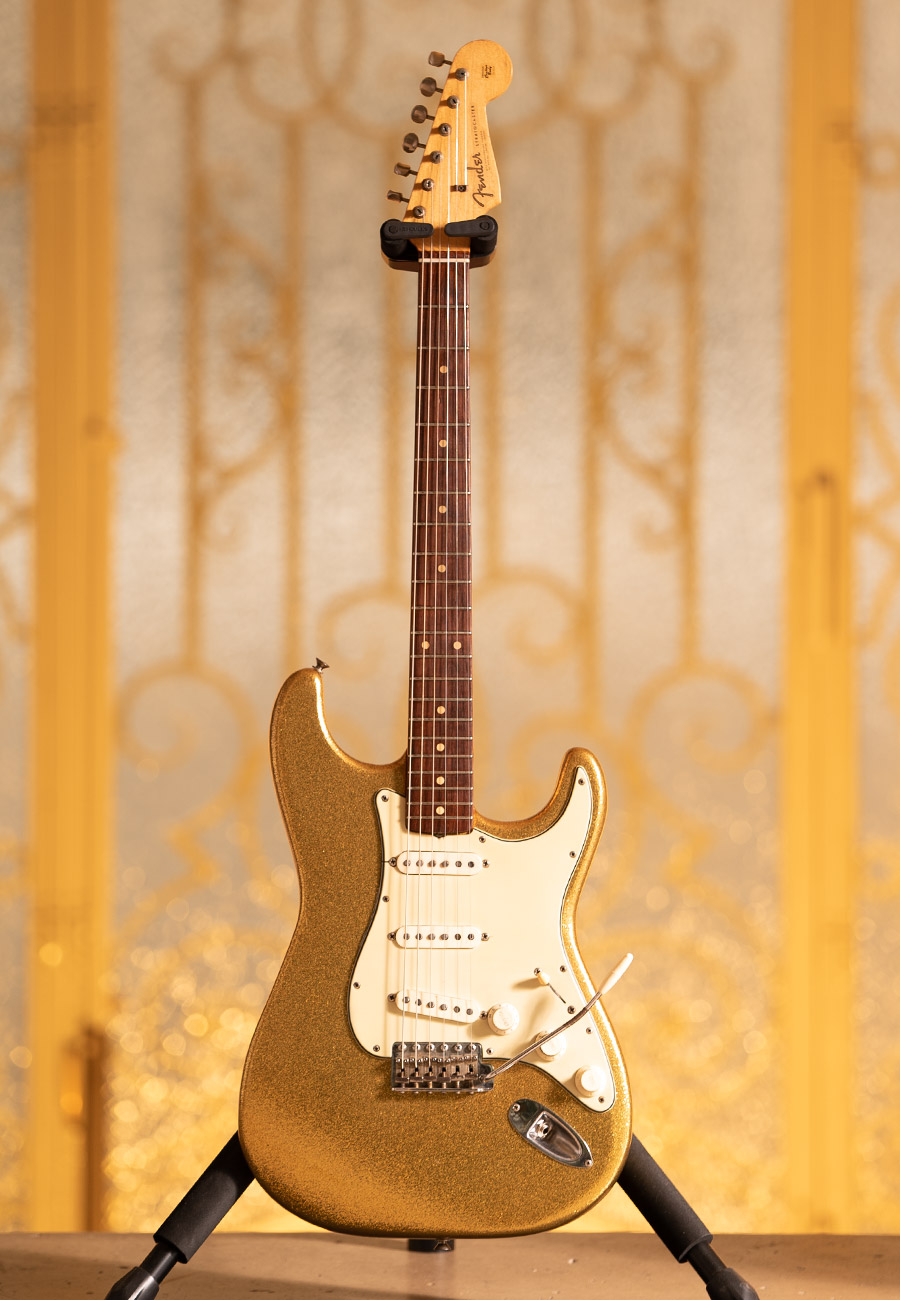 Guitars that have belonged to Bob Dylan are a very rare sighting on the market. Not because Dylan hasn't had many guitars, since over the years he's used a large amount of instruments in many different styles, from pre-war Martins to Yamahas. That scarcity of Dylan-owned guitars is due to the artist's personality. Dylan has turned into a mysterious hermit that never gives interviews and never sells any of his personal belongings at auction. The rare exceptions to that rule are indeed very sought after by the Zimmerman fans.

This Strat is therefore a very special one with a great story to boot. It started life as a 1962 slabboard L series (a very early L series then), which Dylan sent to Fender in 1991 to have it refinished in silver sparkle. Bob then proceeded to play that guitar on stage between 1991 and 1994, before it was sold by Matt Umanov, the famous Greenwich Village New York store. The refinish work is second to none, which should come as no surprise to those who are familiar with the man who did it, J.W. Black. Black was an early Custom Shop master builder who learned his craft with Sadowsky and worked on guitars for Jeff Beck, The Rolling Stones and Eric Clapton, back when the Custom Shop's mission mostly was to service this rock star clientele.

This Strat comes with a certificate of authenticity signed by Cesar Diaz, another major character in the guitar world of the eighties and nineties. Diaz has worked as a tech with Stevie Ray Vaughan, Clapton and the Stones, then he became a guitar tech for Dylan's band, and went on to play guitar in Dylan's band. It's not every day you get to play a Strat that belonged to a Nobel prize winner. 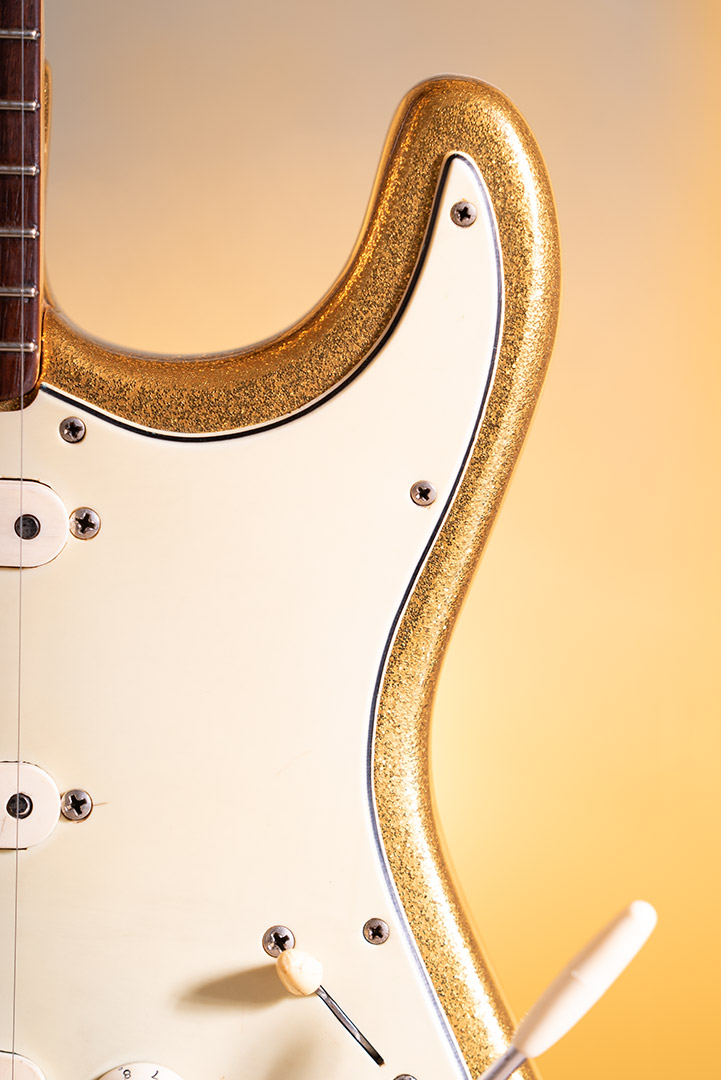 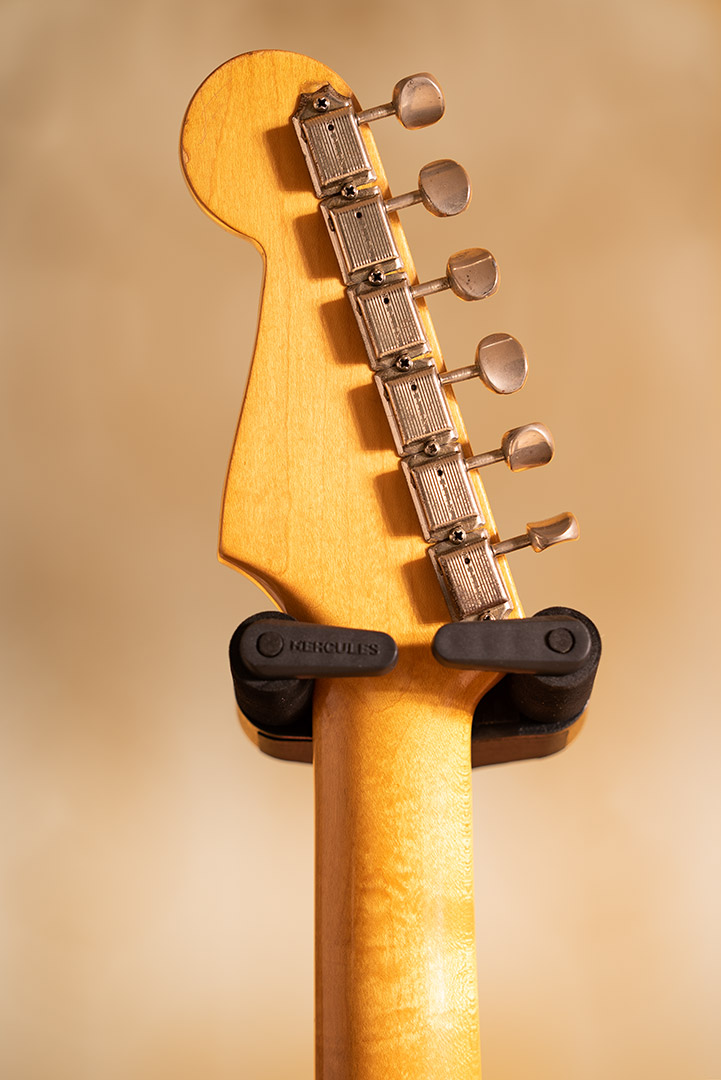 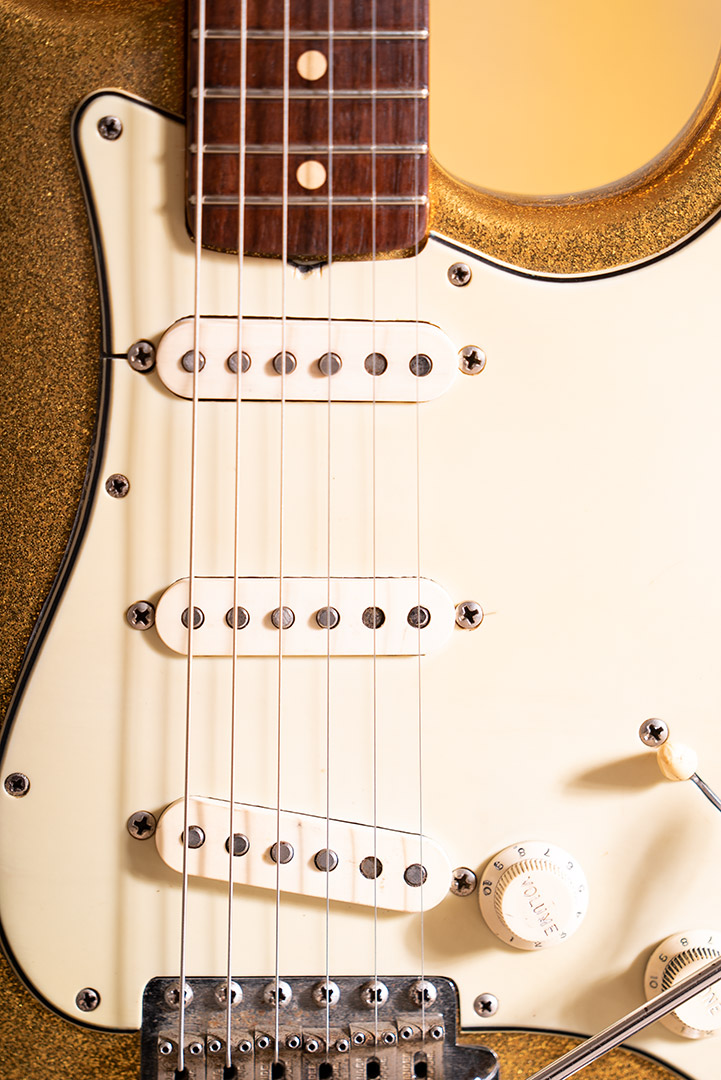 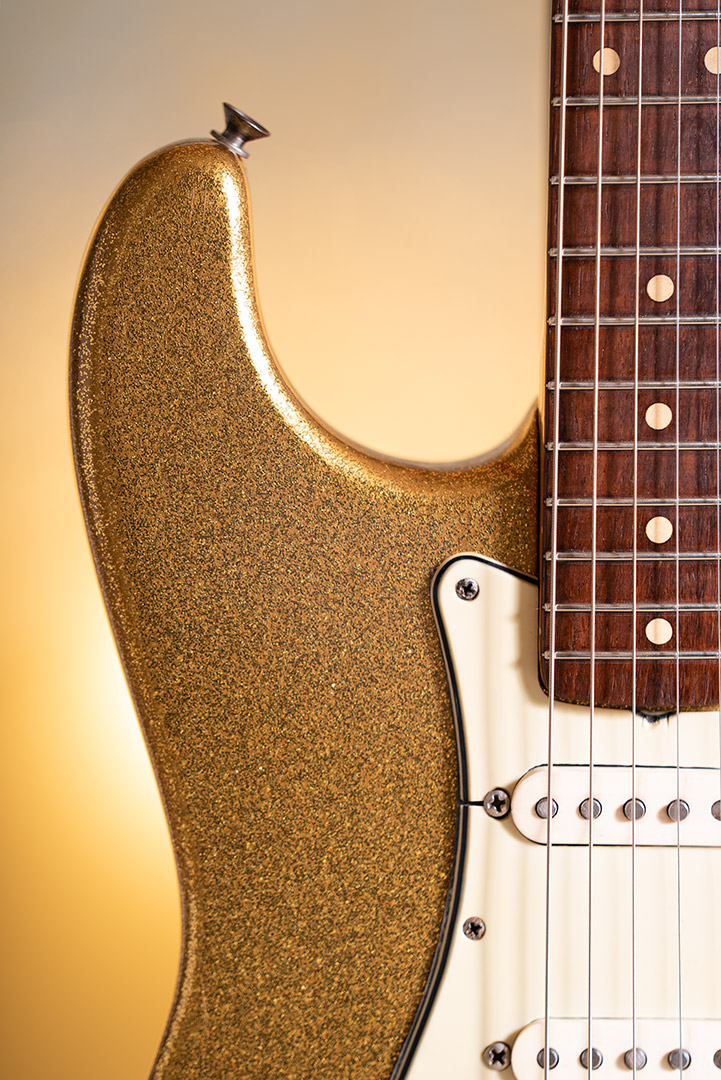 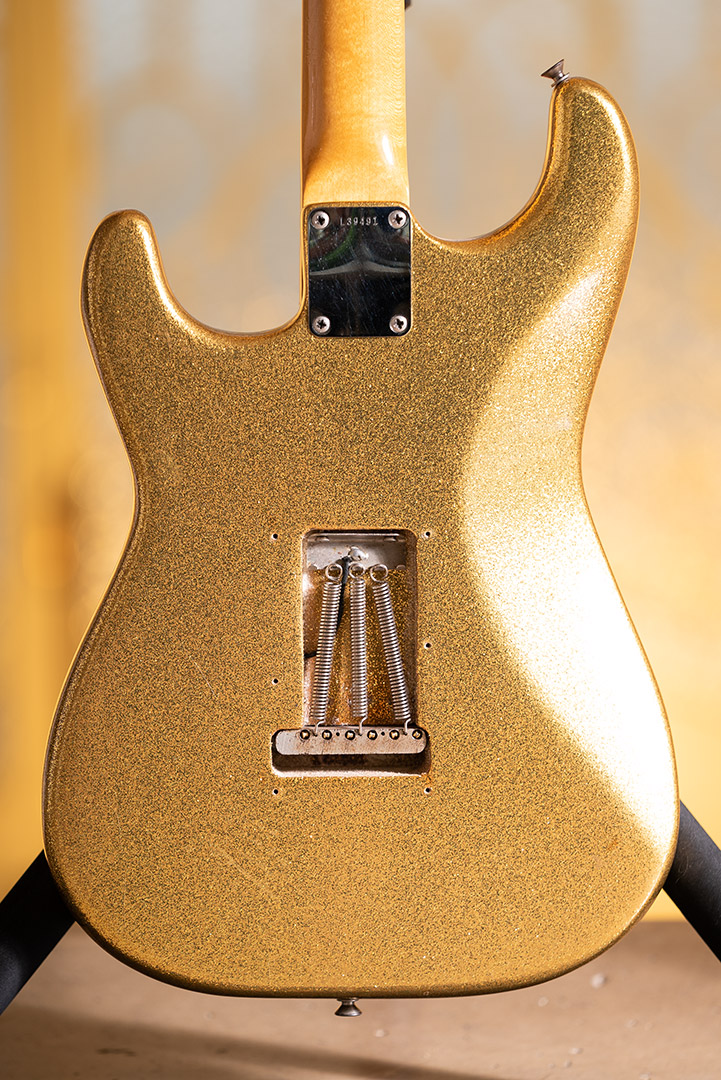 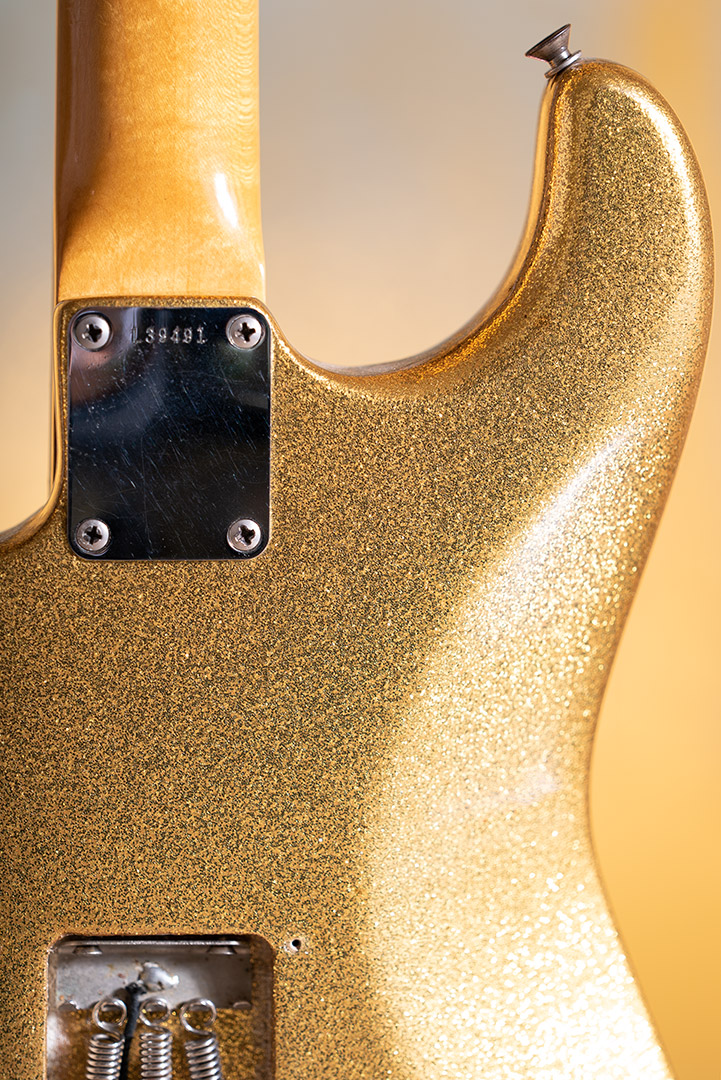 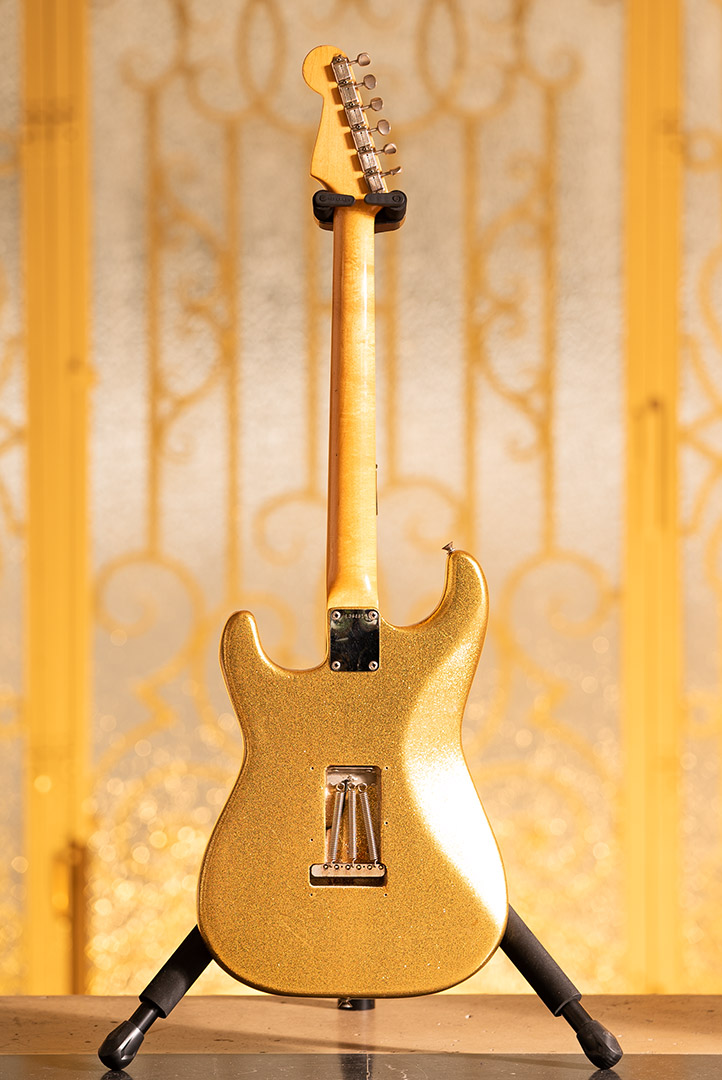 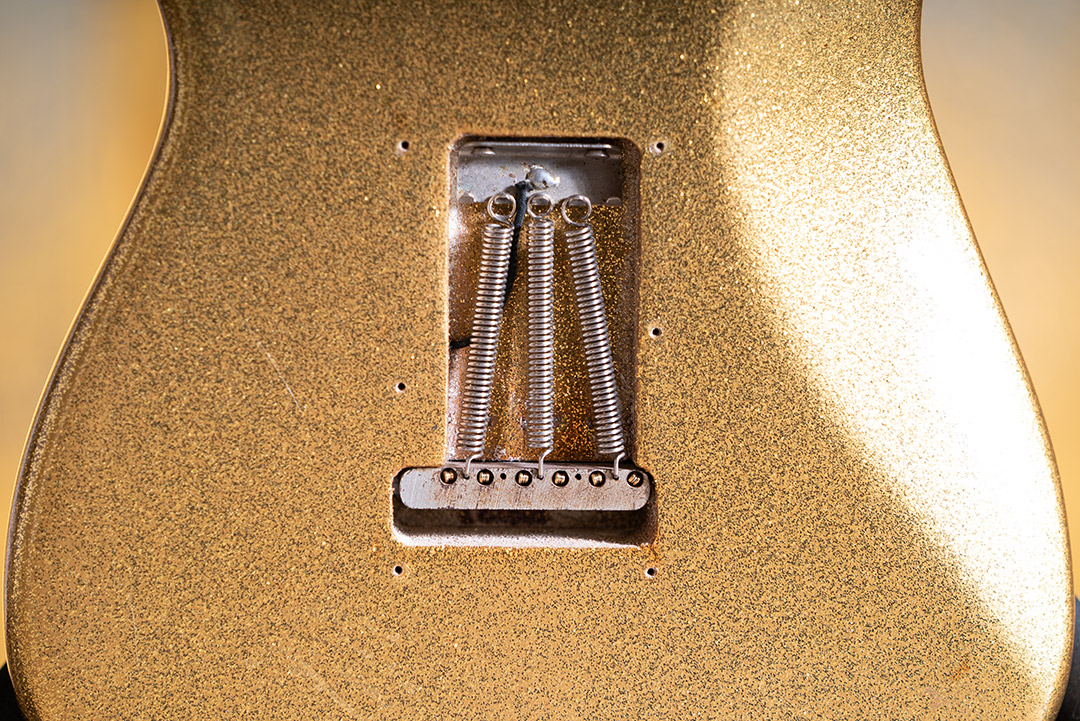 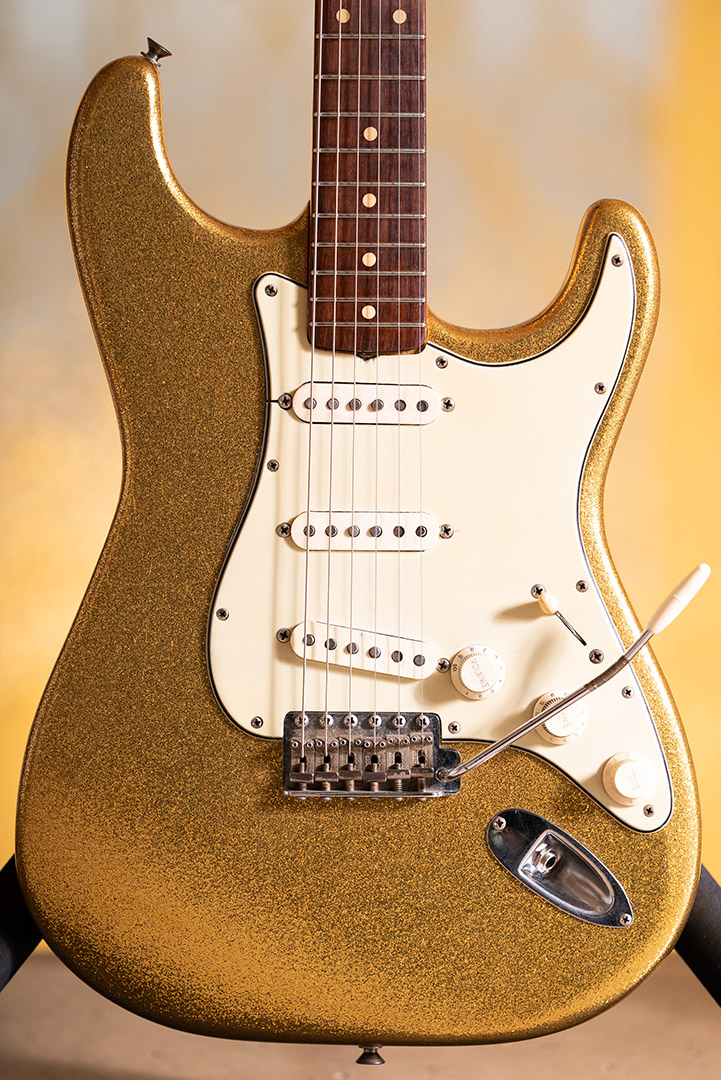 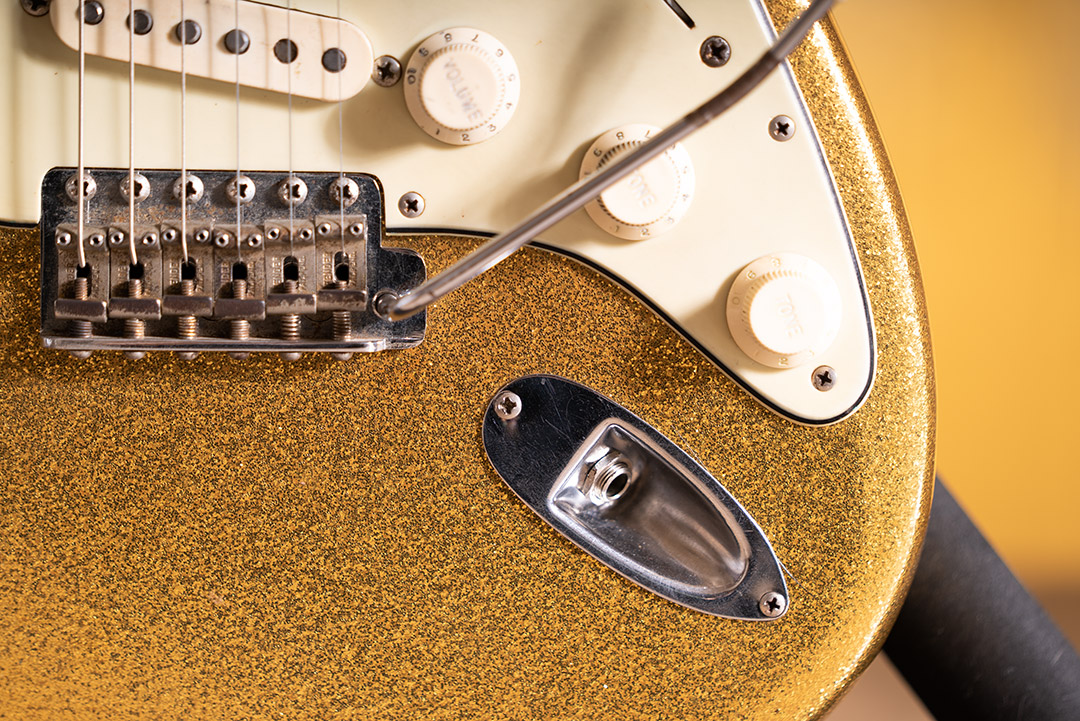 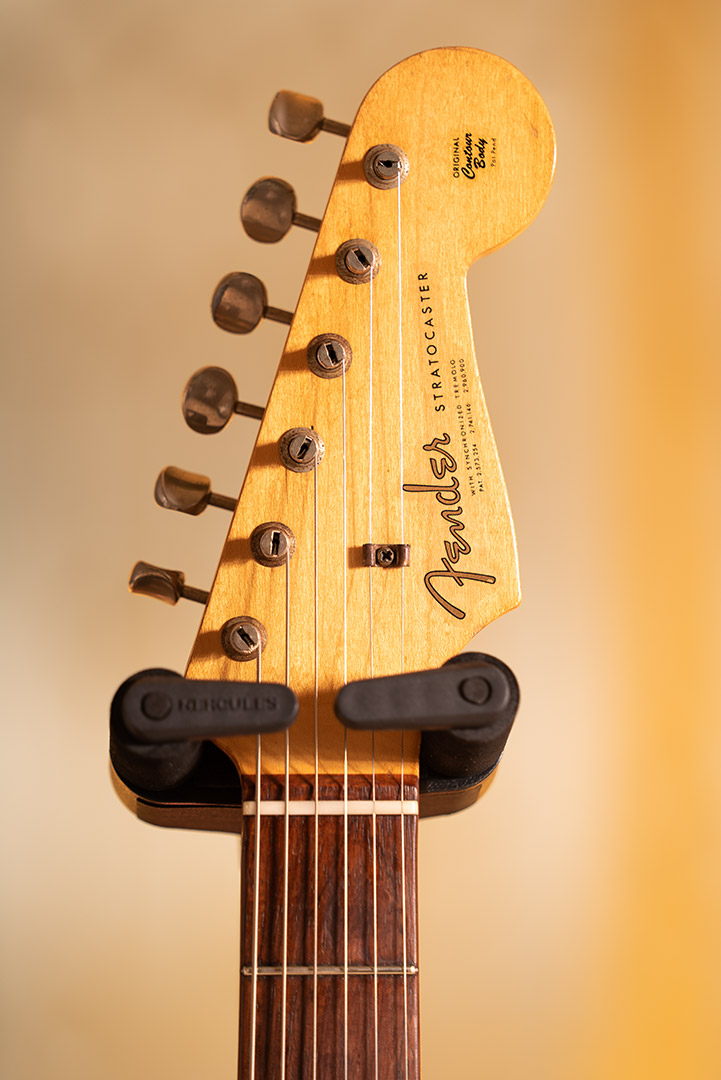 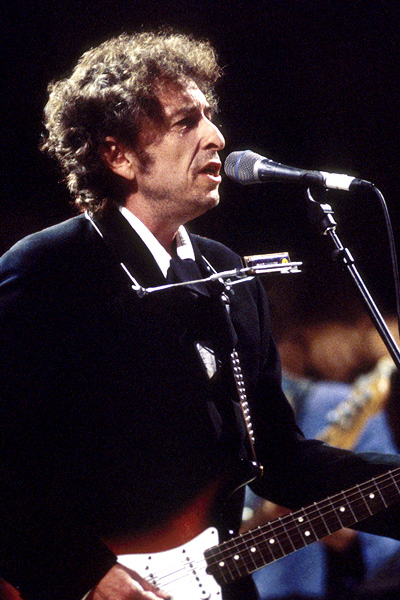 Bob Dylan is more than a legend. He’s a visionary, a revolutionary prophet that took rock music and brought it somewhere else. Before Dylan, popular music lyrics had to be simplistic and easy to understand for teenagers.

After Dylan, musicians were allowed to be deep and cryptic in their songwriting, to the point that a whole generation of poets found their salvation with the hybrid of rock and lyrical depth invented by Dylan. Dylan’s contribution is so important that he even was awarded the 2017 Nobel Prize in Literature.

All through his lengthy career, Robert Zimmerman never stopped renewing his art, going from one persona to the next depending on his inspiration. He started off as a Greenwich Village folk troubadour with a 1962 debut album deeply inspired by Woody Guthrie. Then came The Freewheelin’ in 1963, his classic folk album featuring such powerful and timeless songs as Blowin’ In The Wind, Masters Of War and A Hard Rain’s A Gonna Fall.

But Dylan was not content being the protest singer everybody wanted him to be. He didn’t want to be a flag-bearer, and so he became a surrealist poet backed by an electric rock band featuring Mike Bloomfield on the Telecaster. The classic album Highway 61 Revisited came out in 1965, followed by Blonde On Blonde in 1966, his country album recorded in Nashville with local musicians.

Dylan has had dozens of musial lives, backed by exceptional guitar players (Mick Ronson, Robbie Robertson…). Bob himself is far from being a bad musician, with a very capable right hand and a rhythmic approach that was aptly displayed on pre-war Martins, Gibson J-45s, J-200s, L-0s, Telecasters, Stratocasters, Yamahas, Duesenbergs and even James Trussarts. A full-blown chameleon.