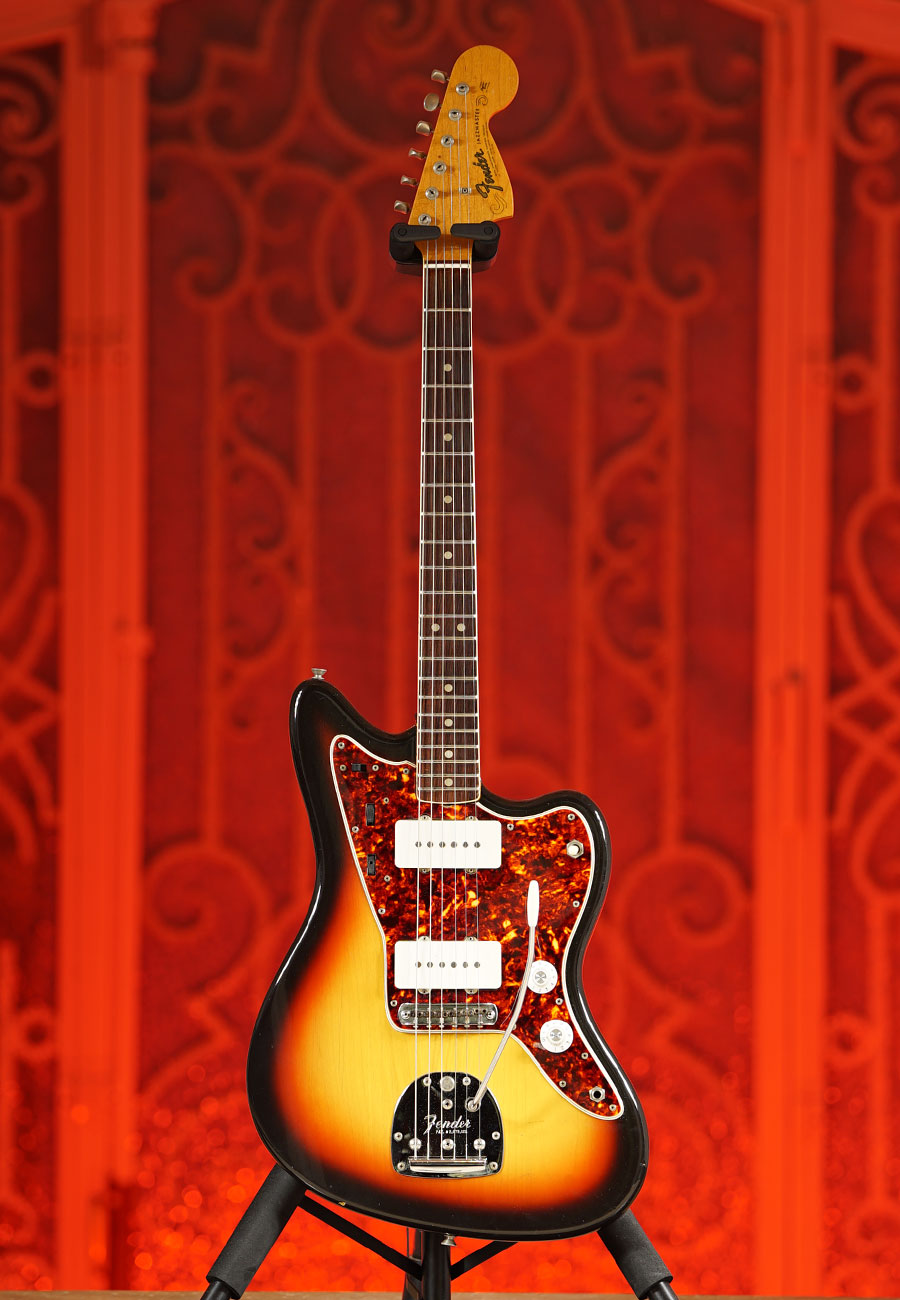 The Jazzmaster has finally had its revenge. That model started life as the proverbial ugly duckling of the Fender catalogue, even though it was supposed to be Leo’s masterpiece at the time. When it was introduced in 1958, the Jazzmaster was the first Fender guitar to feature a rosewood fretboard and custom colors.

The rest of its specs, like the offset contour body, the complex electronics and the new vibrato design, were supposed to make it Fender’s new high end guitar, making the Strat obsolete just like the Strat was supposed to make the Tele obsolete. Of course this didn’t happen, and very few jazzmen picked up on the new instrument. Instead, it became a cool-looking oddity for surf players and then disappeared until it was finally revived by Elvis Costello (on the cover of his first LP My Aim is True in 1977) and the indie rock scene of the mid-eighties (Dinosaur Jr., Sonic Youth…).

Nowadays, the Jazzmaster has finally been recognized as the stroke of genius it was, a truly original guitar with its own personality. There has even been an offset fashion among boutique builders, and the original vintage Jazzmasters are getting more and more valuable for smart collectors who will still pay far less for it than for a Strat of the same year.

As the Jazzmaster was originally not so popular and even became a pawnshop guitar at some point, vintage ones in good condition are not that common. They were often modified and beaten around. This makes that very clean 1965 piece a rare and precious instrument, with super cool features like the transition logo on the headstock, the amp-like knobs and especially the neck binding without the block markers. Seems like this ugly duckling has turned into a highly coveted swan. 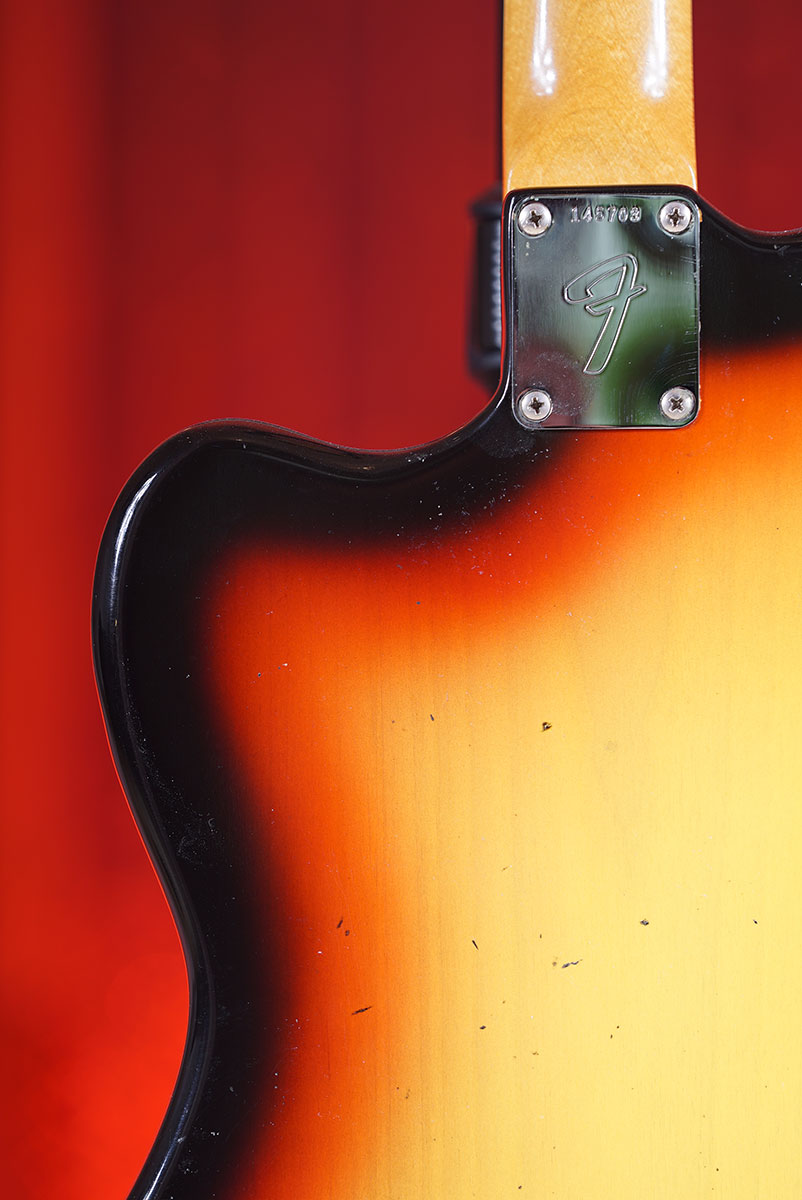 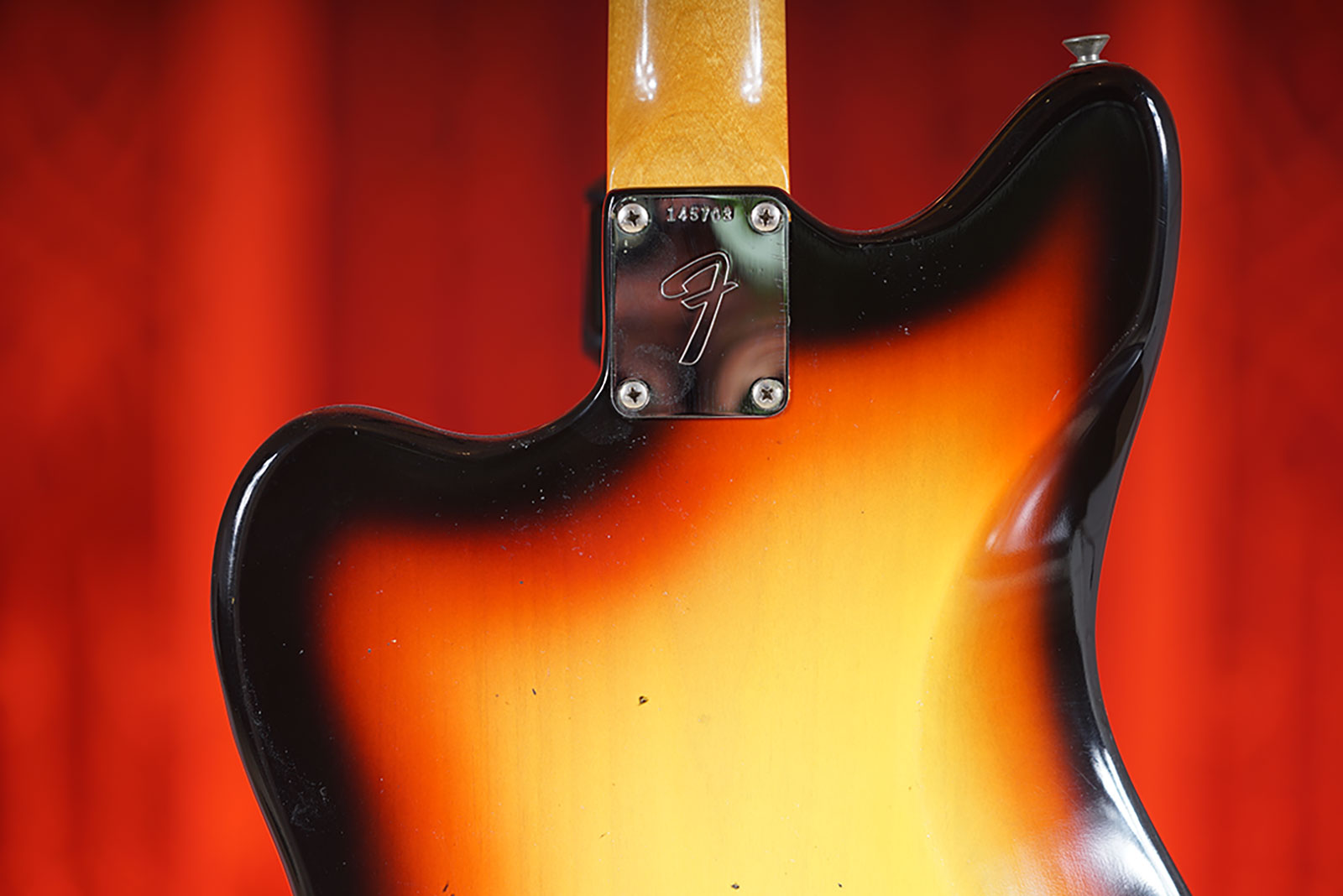 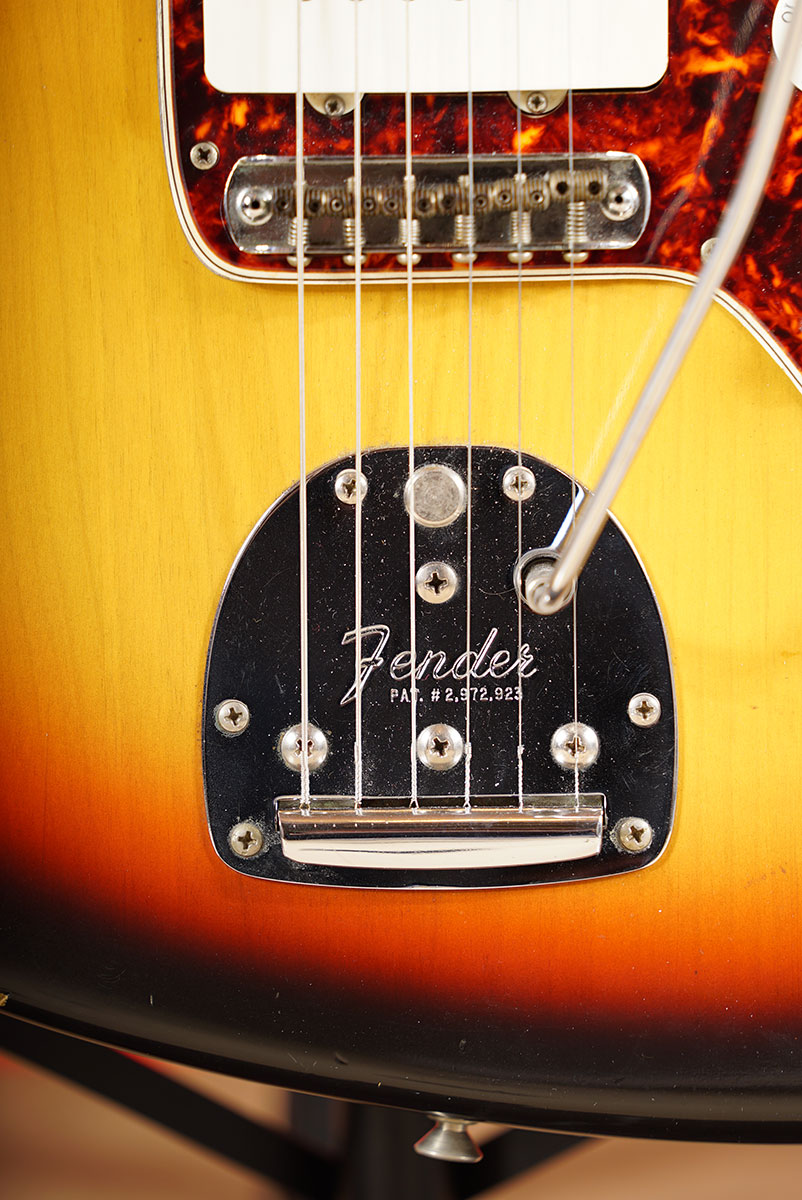 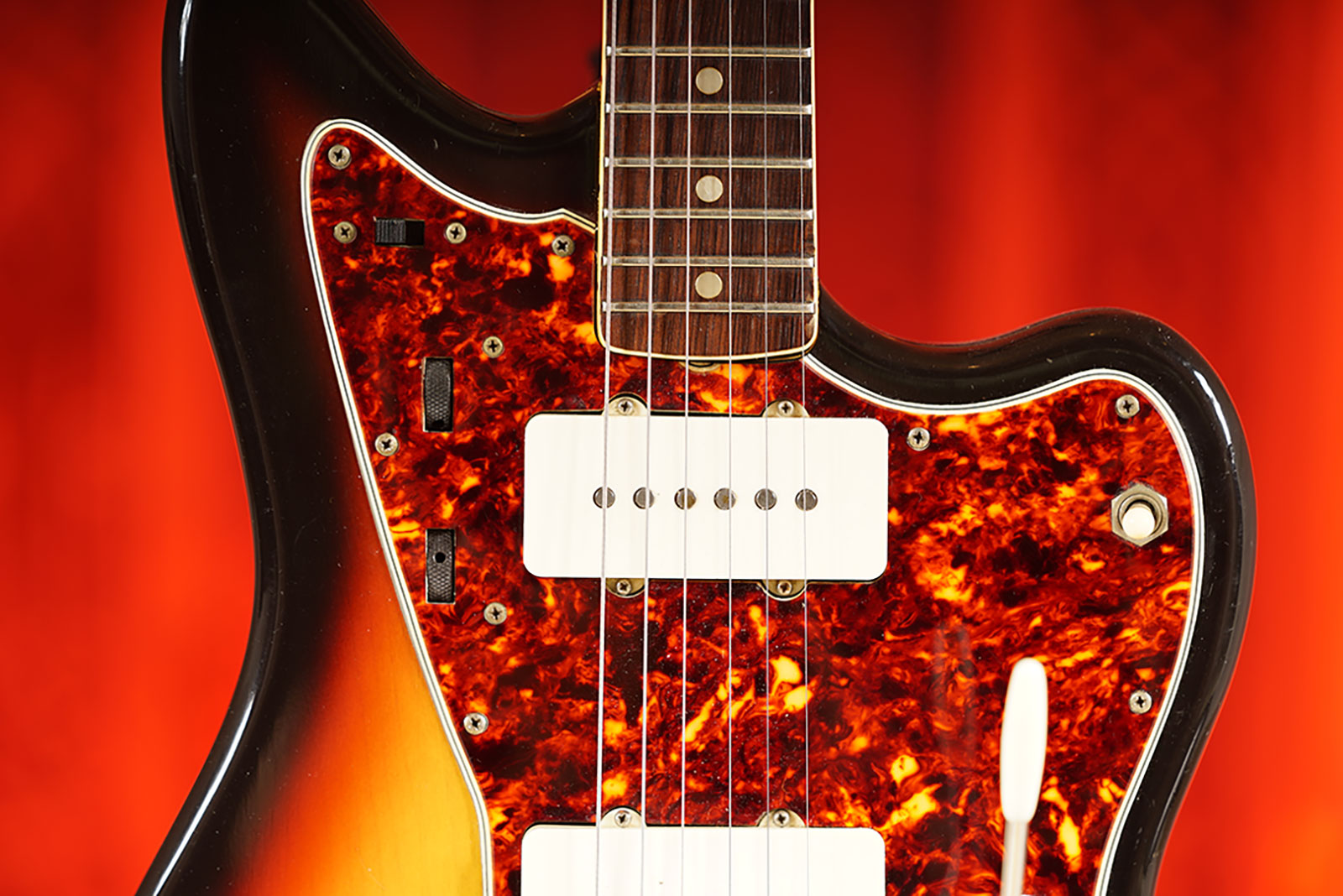 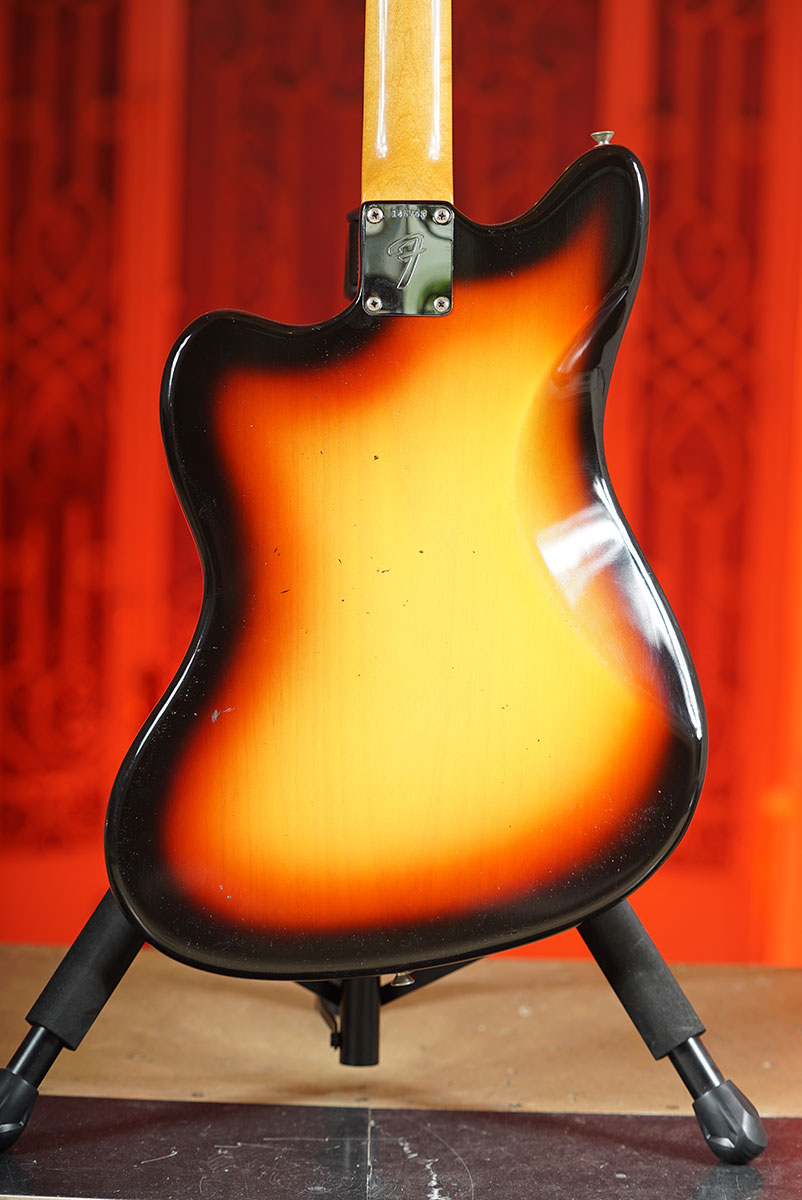 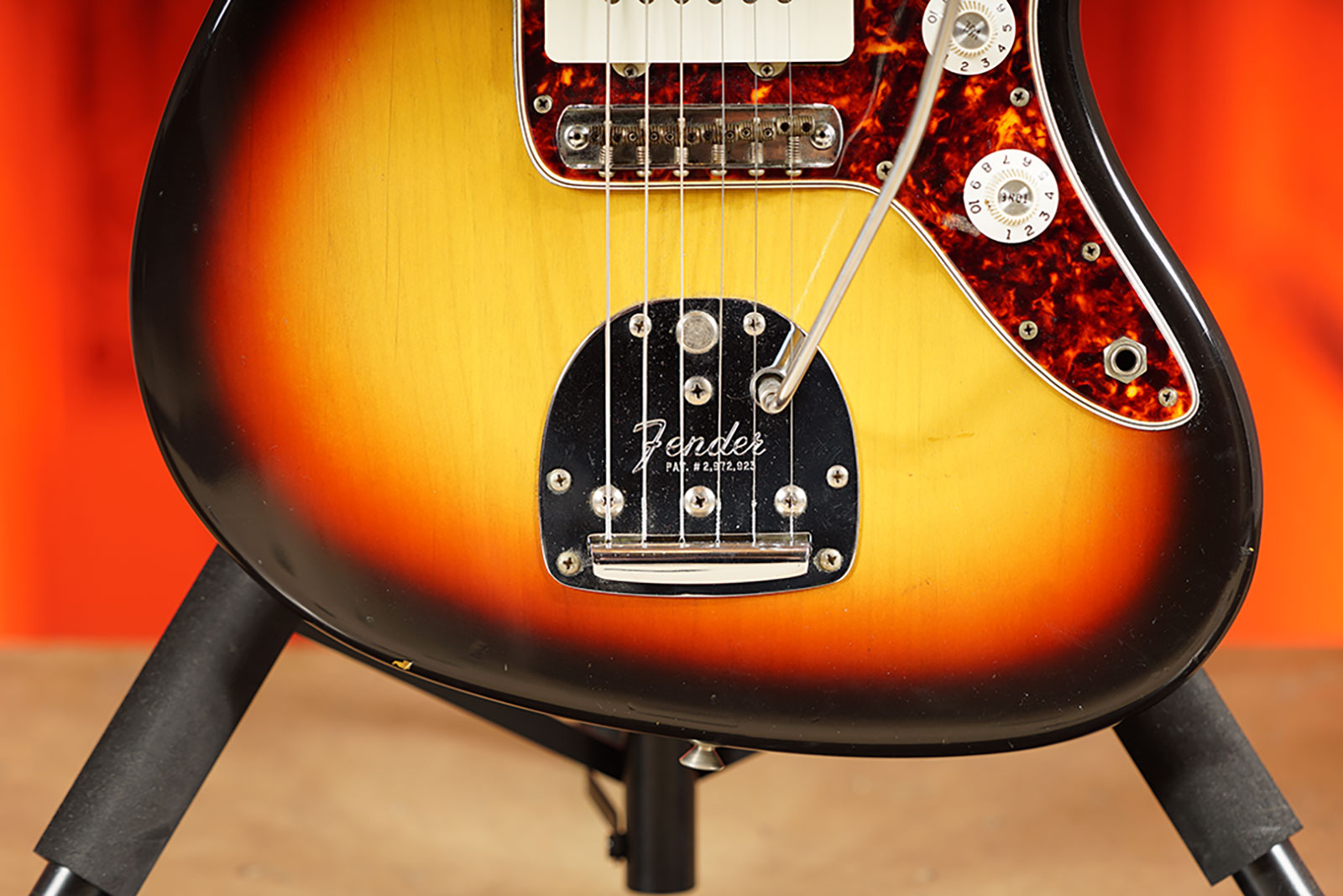 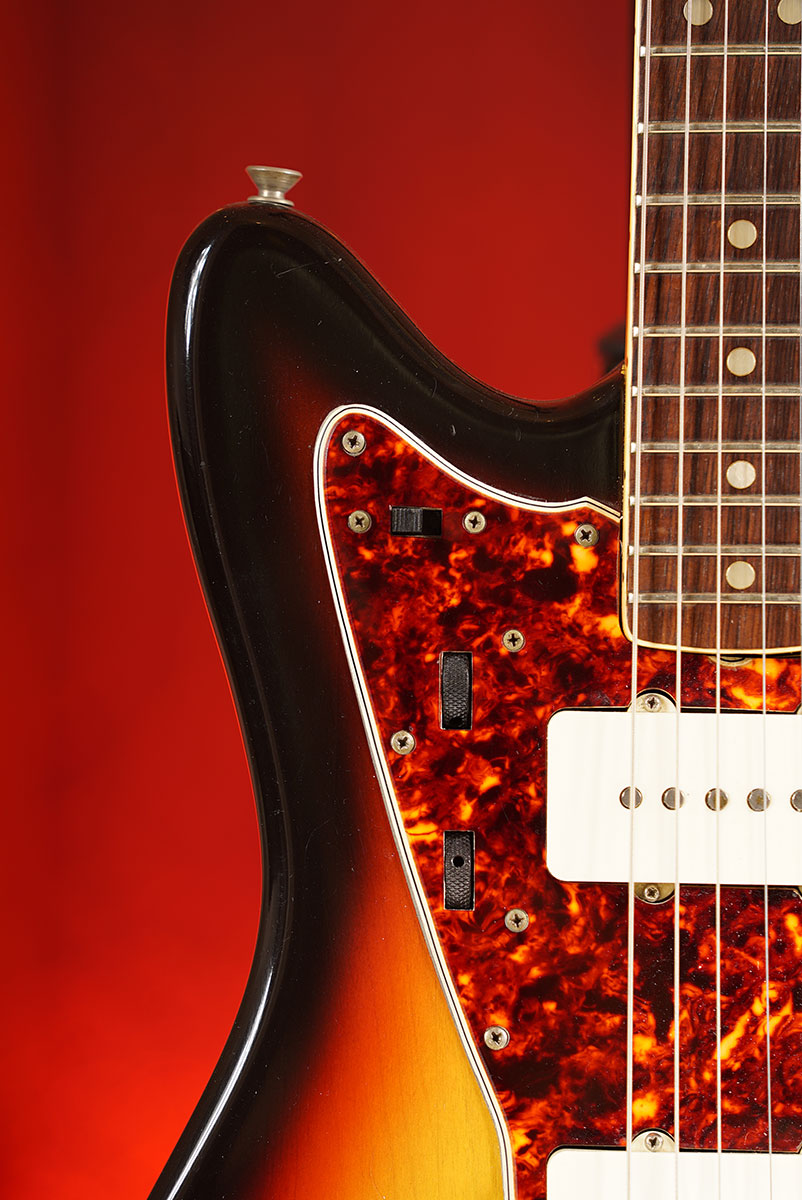 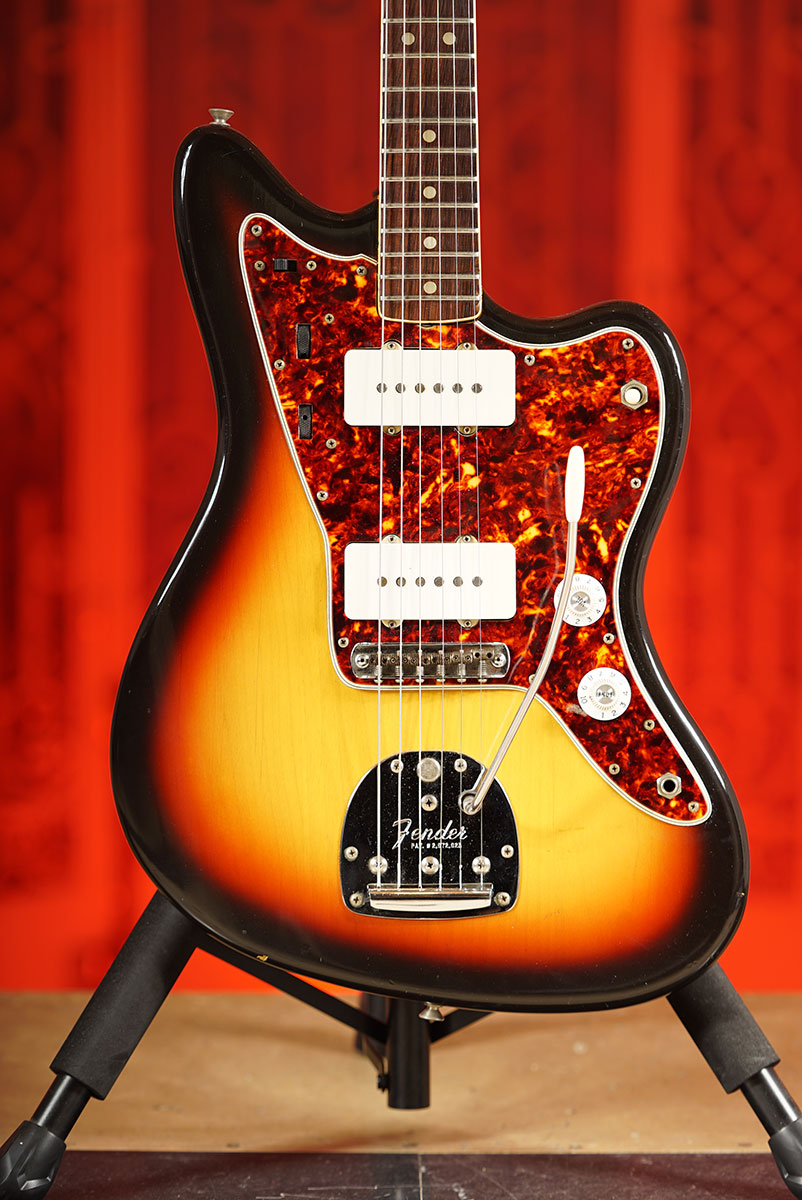 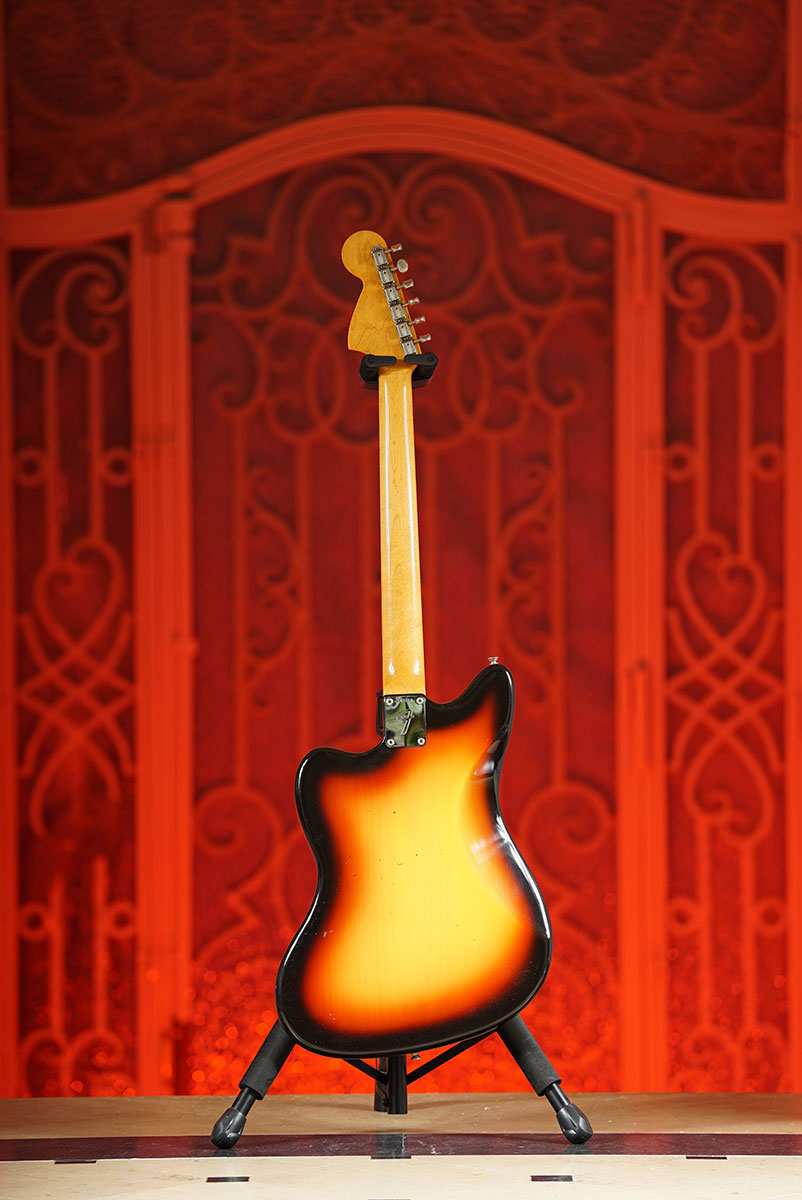 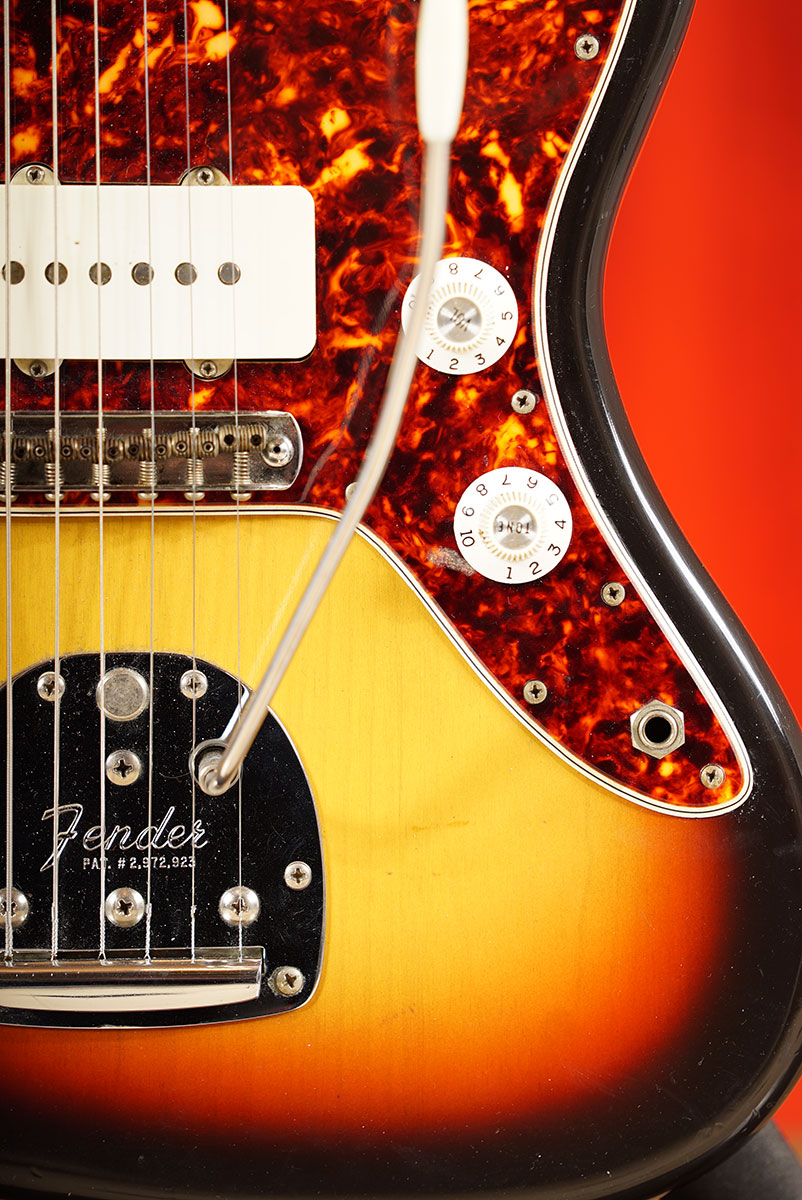 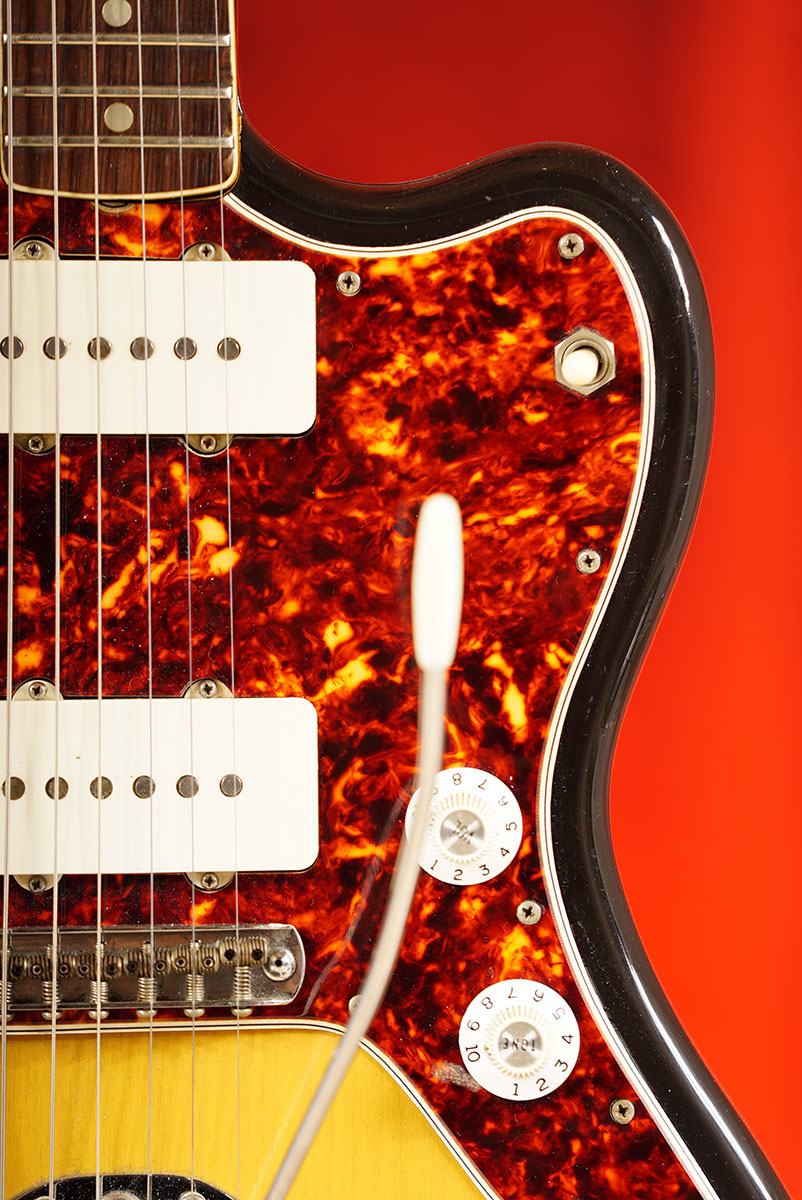 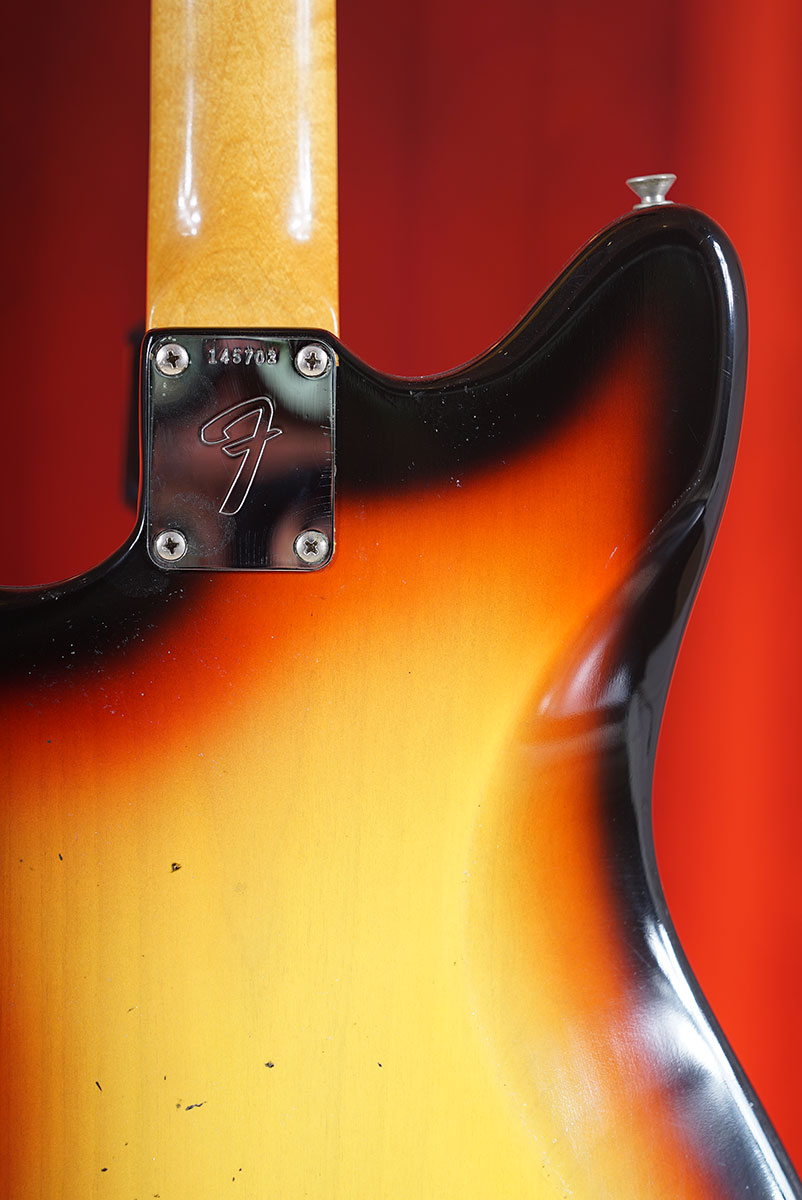 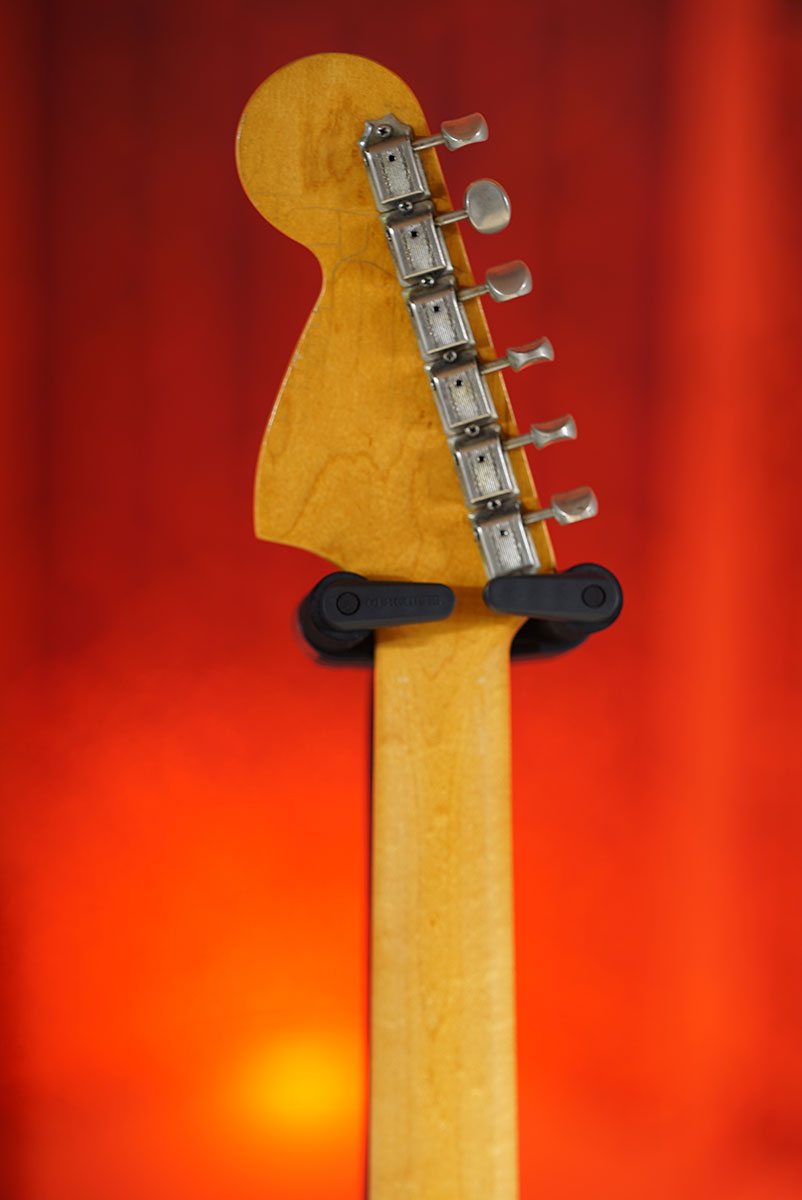 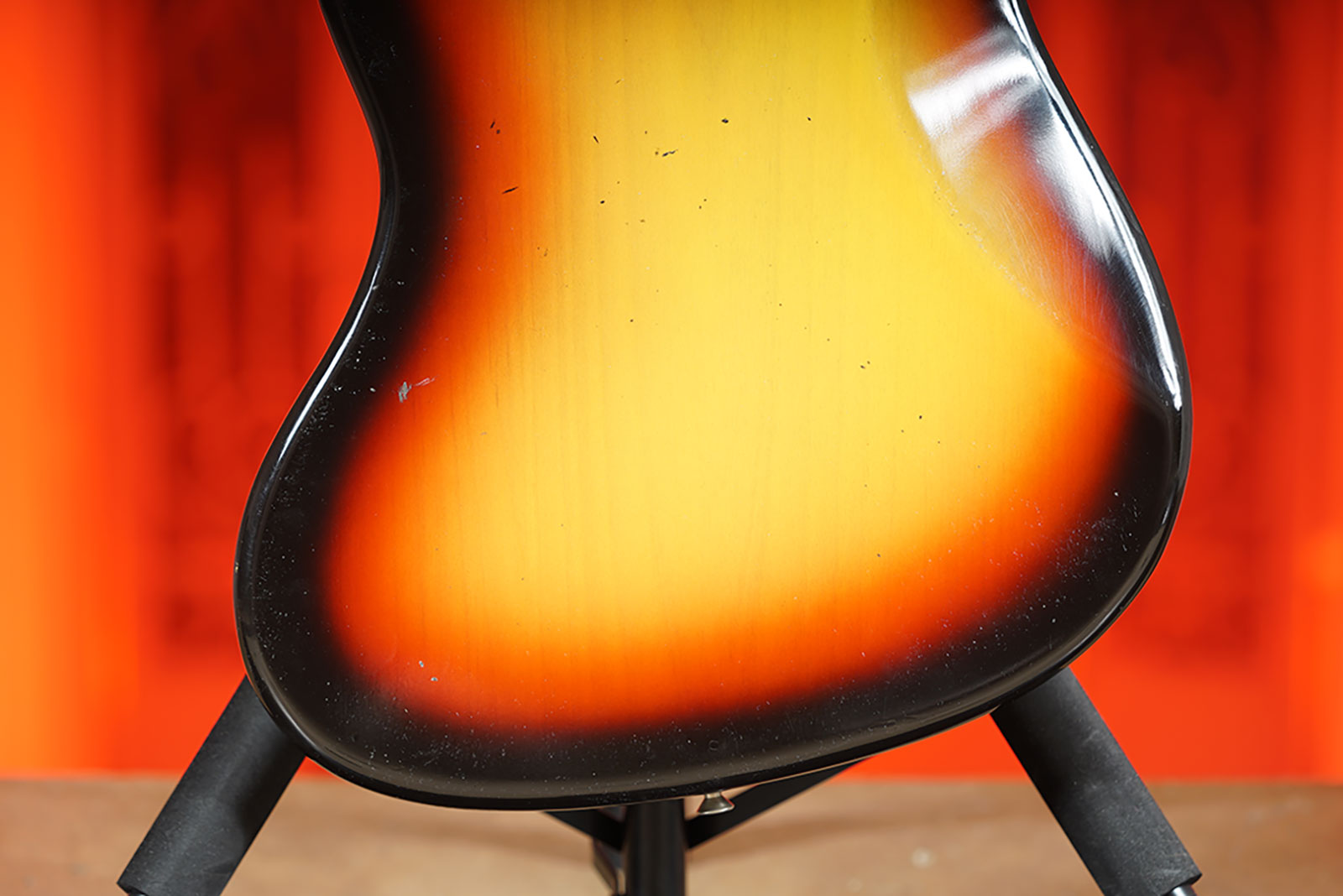 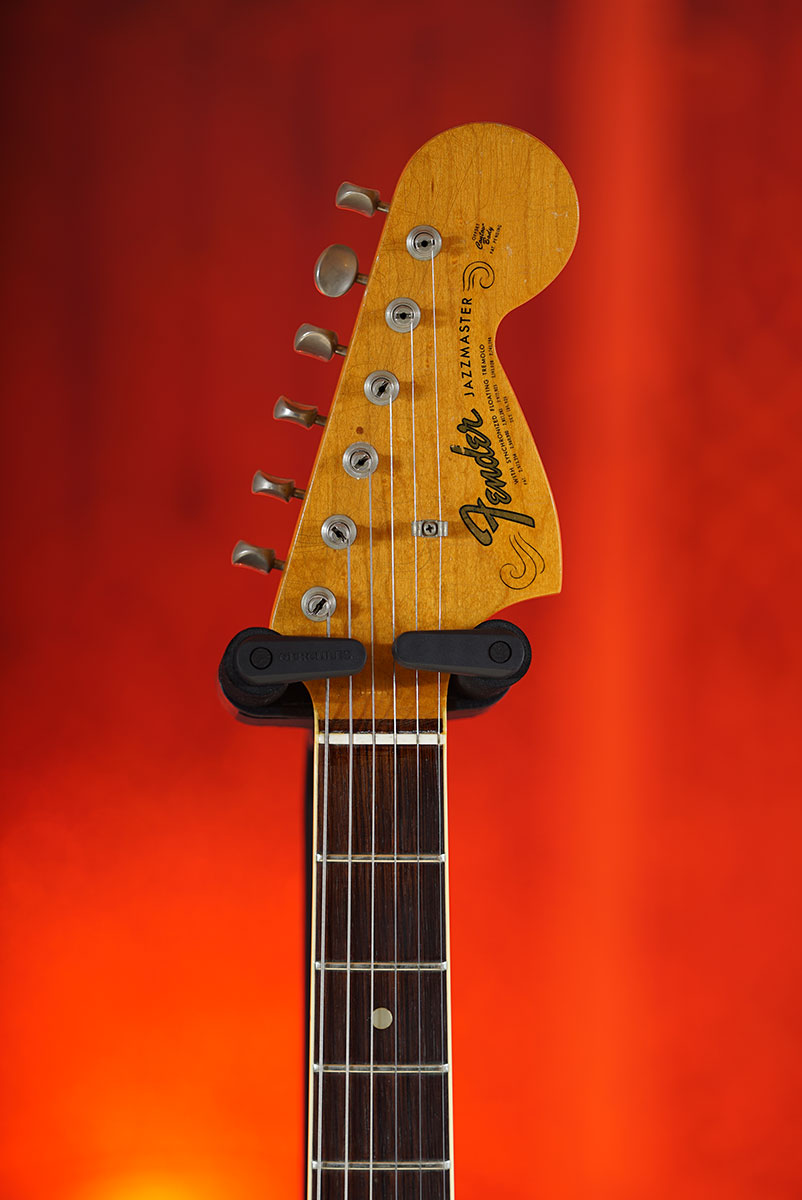