We all have our couch guitars, those instruments that you don’t necessarily bring on tour or in the studio but are perfect for noodling endlessly without even thinking about it. Therefore, a couch guitar has to be highly playable, inspiring and comfortable to hold, and no guitar is more comfortable to hold than a Stratocaster.

This S-shaped Harmonia used to be Billy Gibbons’ couch guitar, and as such it has probably inspired a few great riffs or licks. It isn’t a noble guitar by any stretch of the imagination : no vintage pedigree here, no Custom Shop reissue of anything, but a modest, simple, very playable version of Gibbons’ other favorite guitar. As true ZZ Top fans know, The Reverend’s main two guitars for most of his early career were his ‘59 Burst Pearly Gates and a ‘54 hardtail Stratocaster.

Obviously, even for a couch guitar, this Harmonia had to be flashy and highly distinctive. Gibbons had it painted in a beautiful copper color and has designed some very cool pinstriping patterns applied by Vic. The pickguard has been changed to a kind of purple pearloid model, and the control knobs have been changed to blue, pink and green knobs for a very fun and striking effect, not unlike what Steve Vai does with his JEMs. Finally, the pickups are single-coil format Pearly Gates humbuckers made by Seymour Duncan, the production version of Billy’s favorite hot PAF. Even for someone who’s not aware of its story, this guitar screams Gibbons. 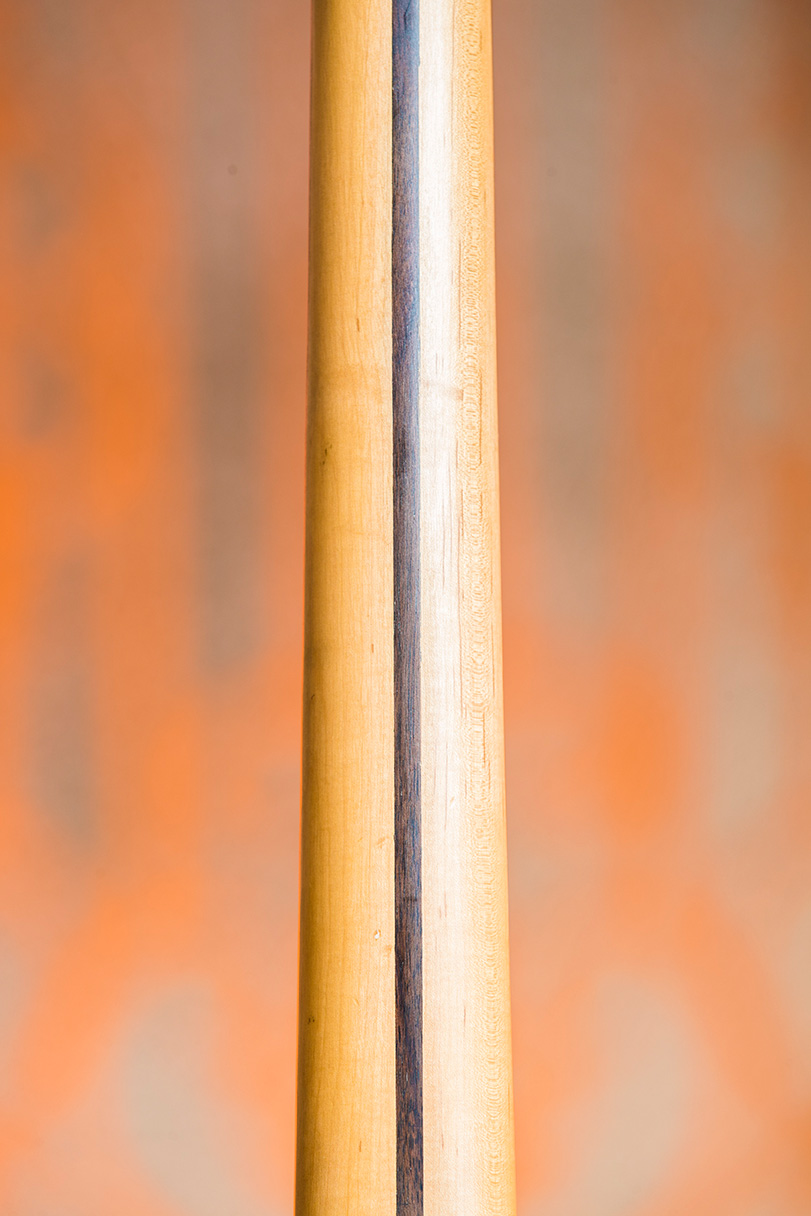 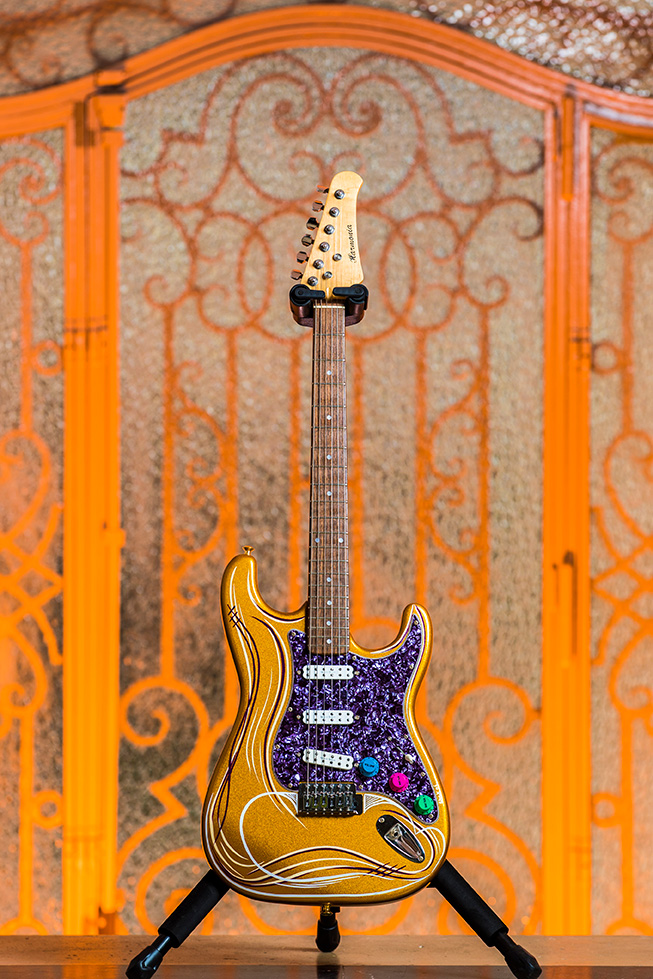 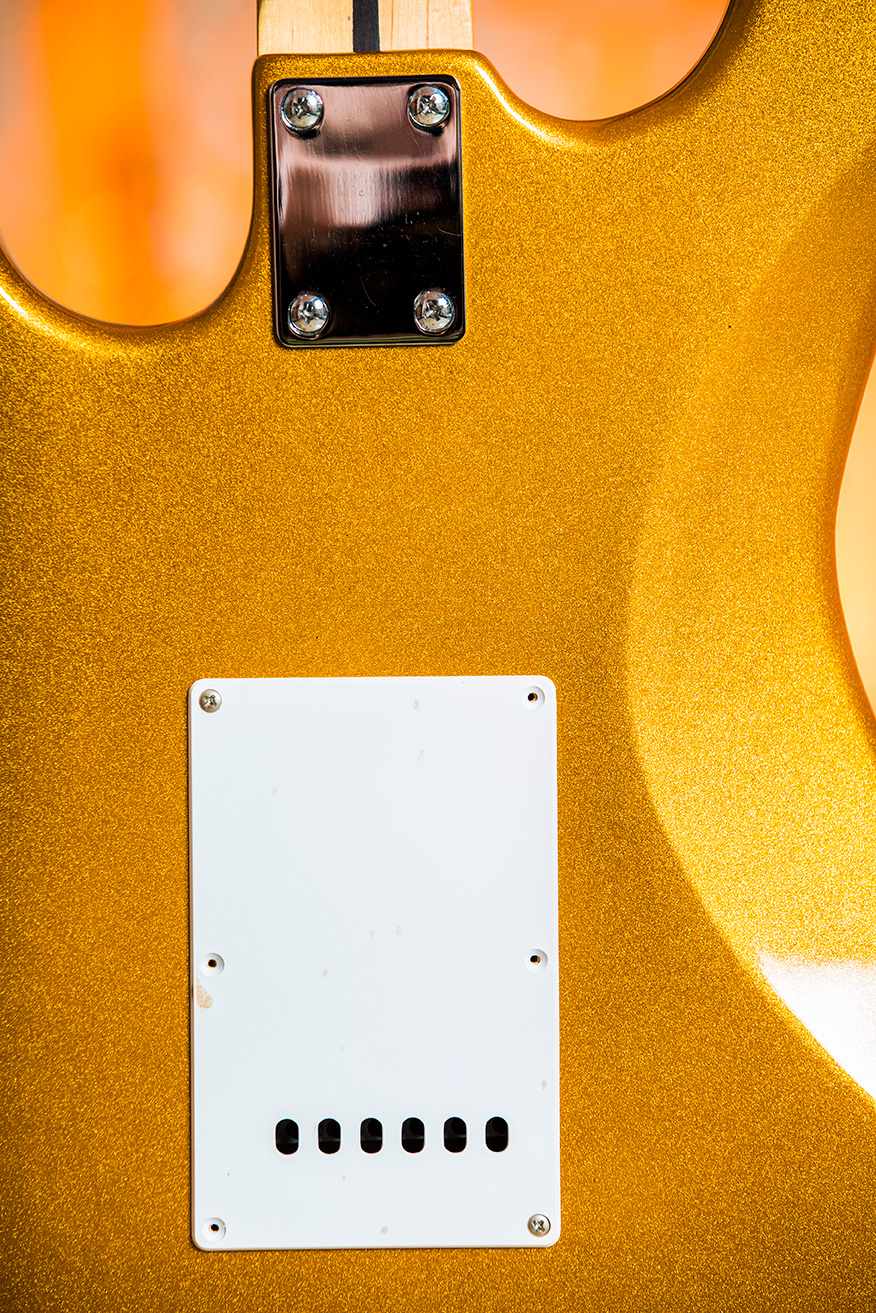 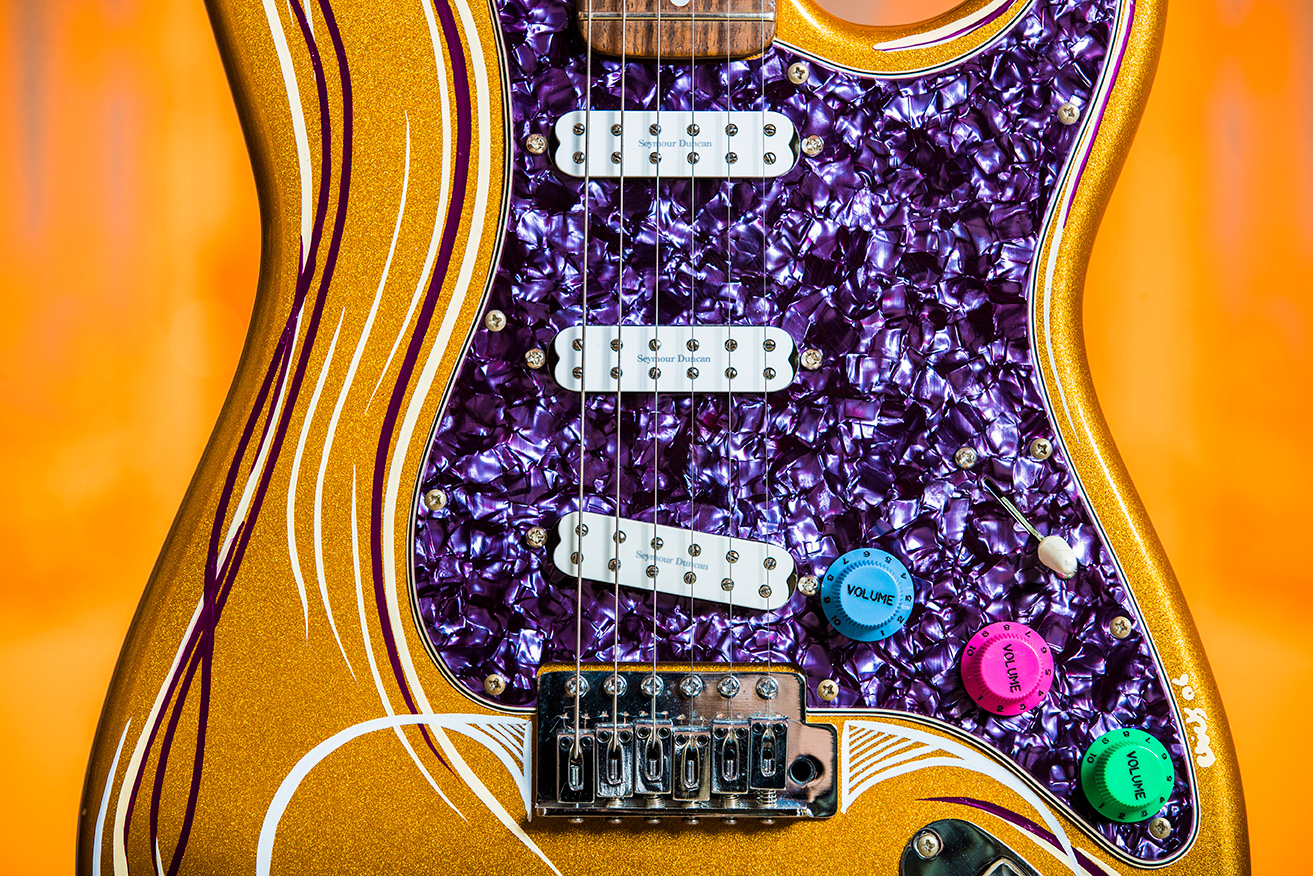 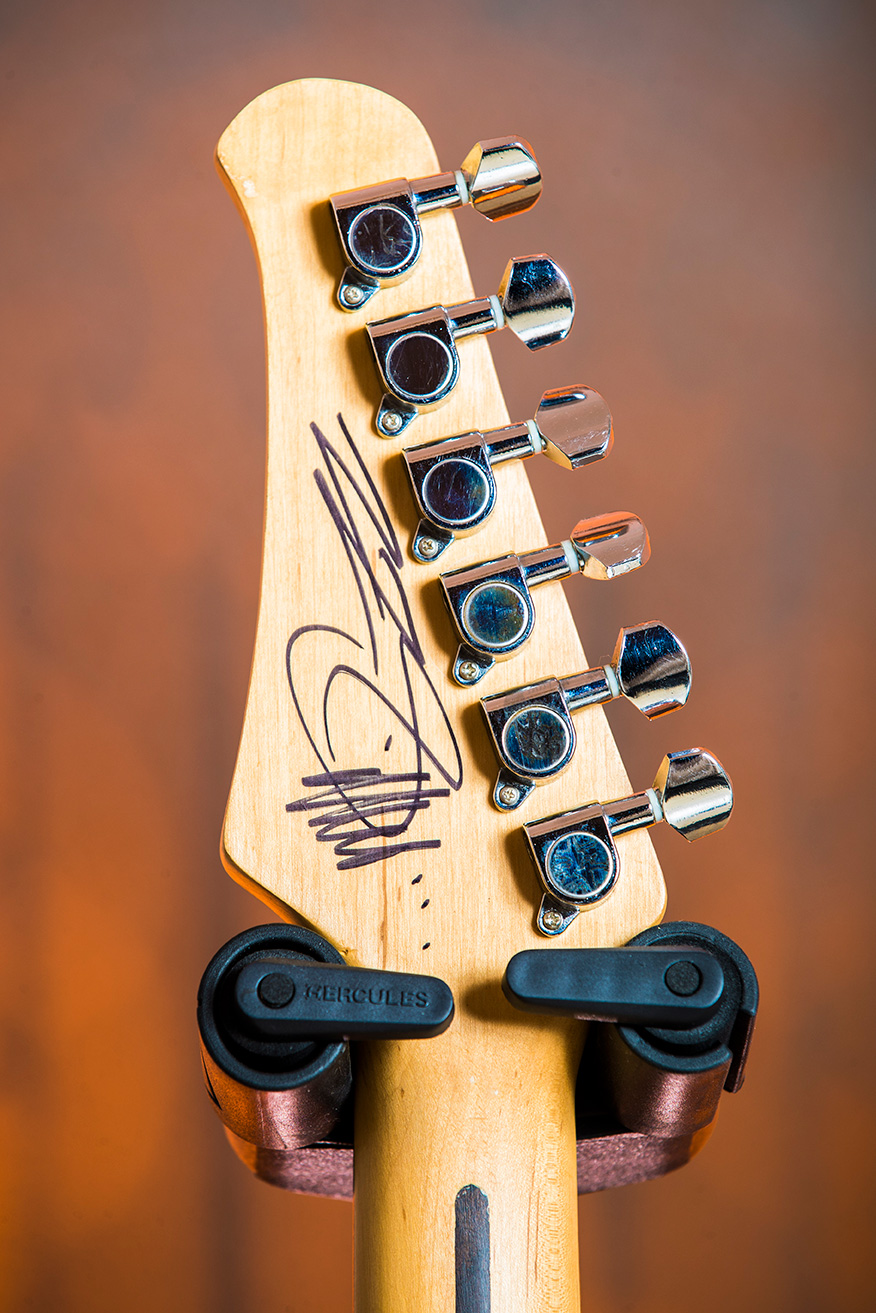 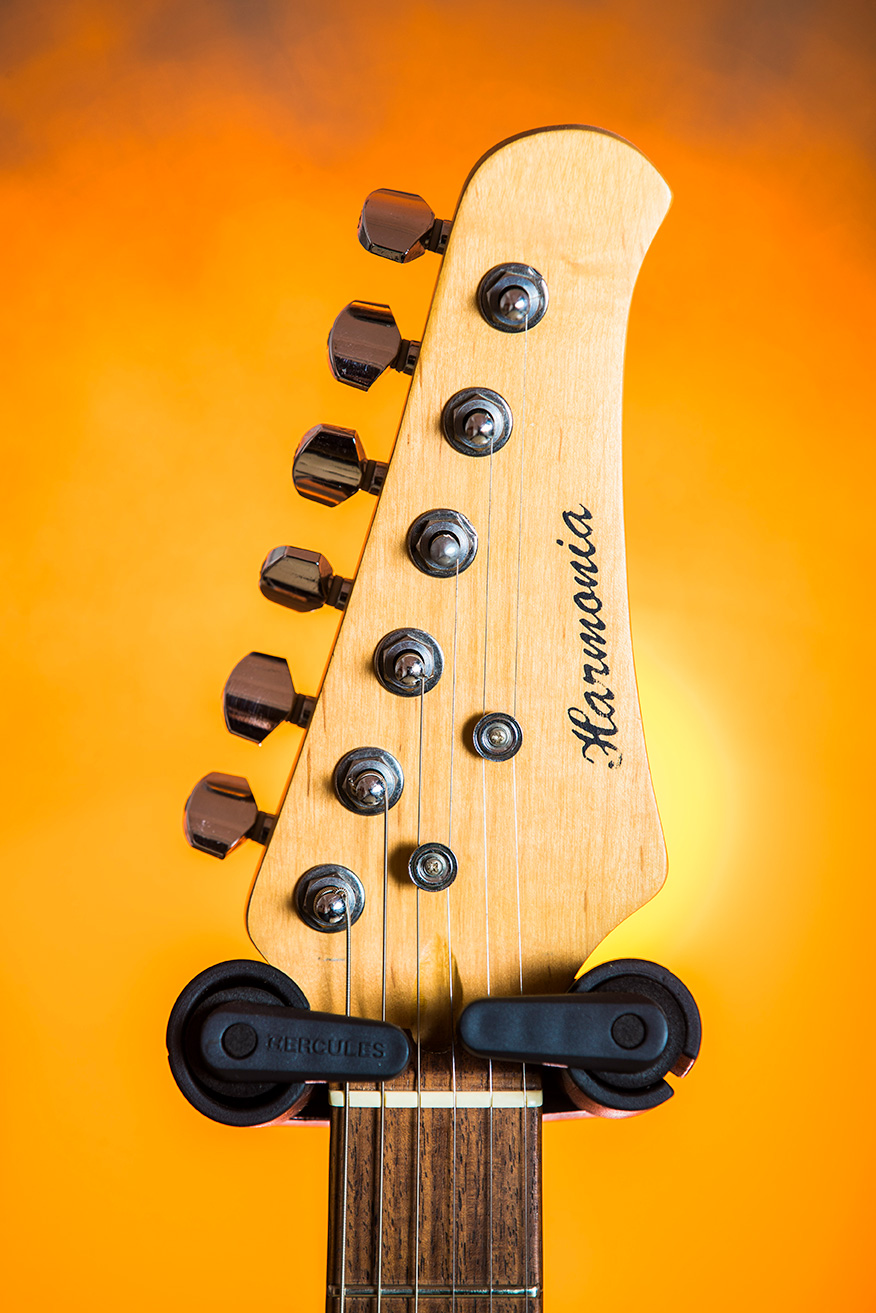 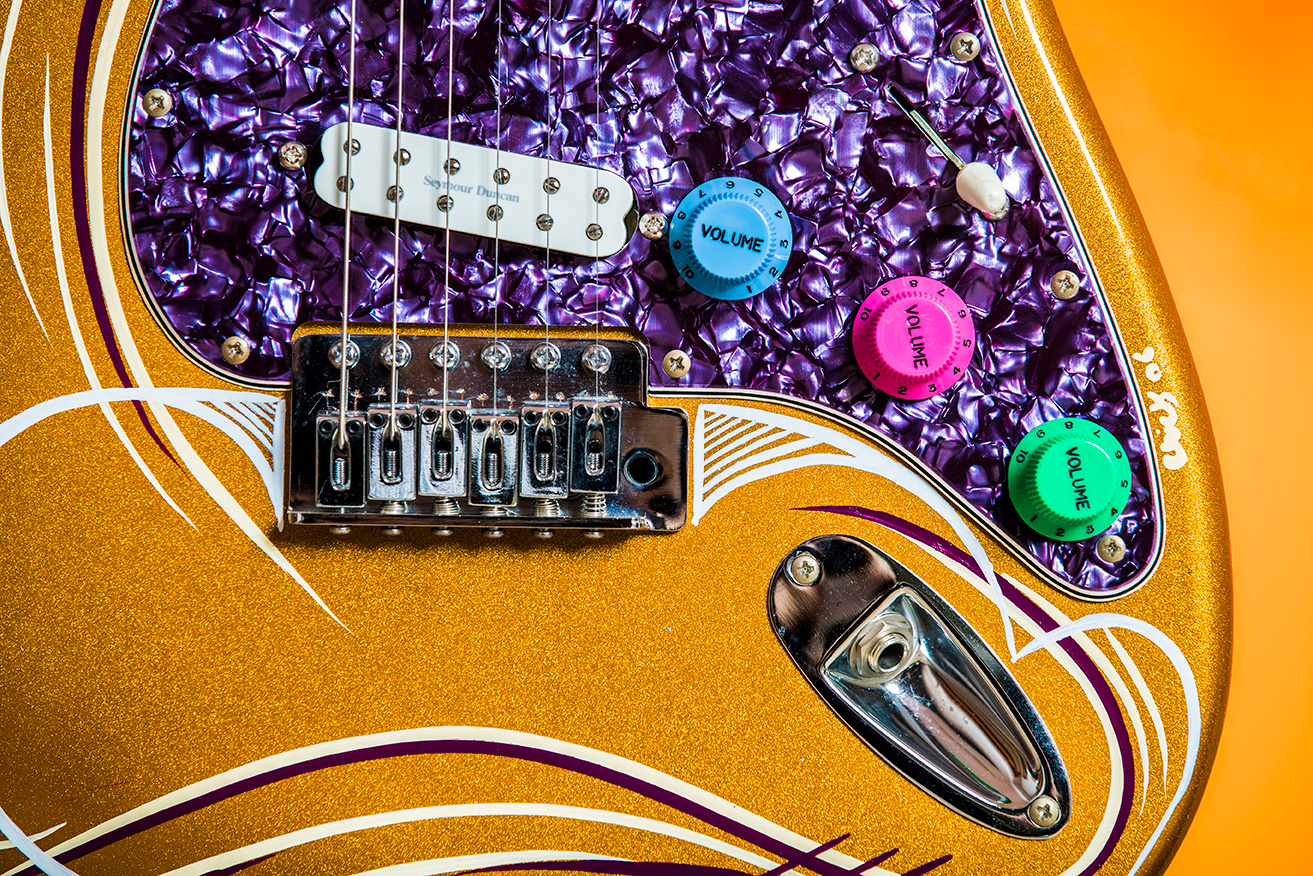 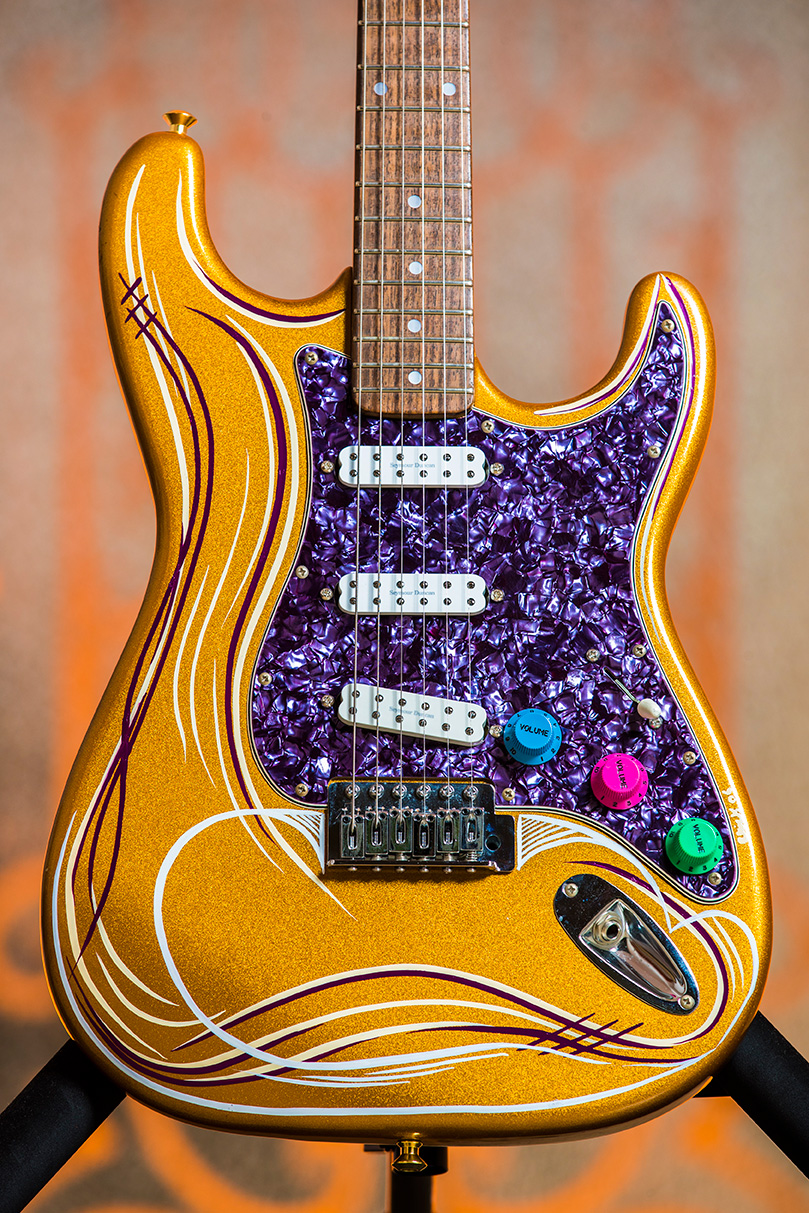 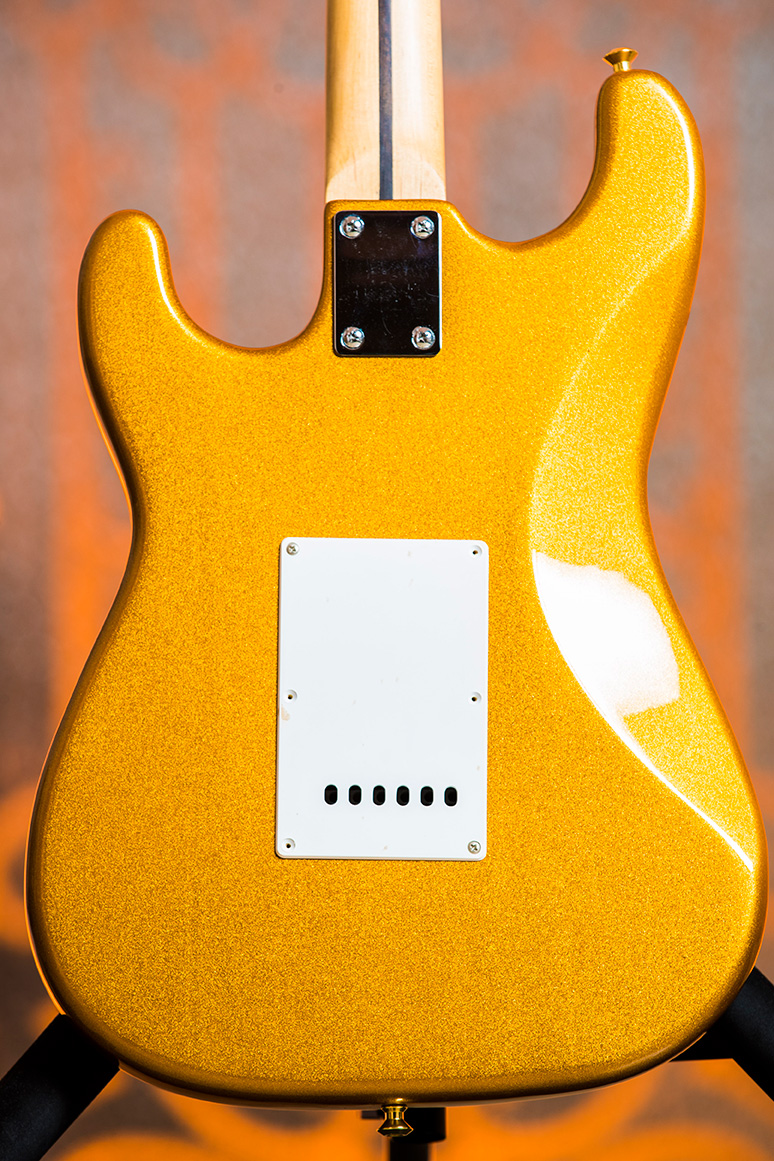 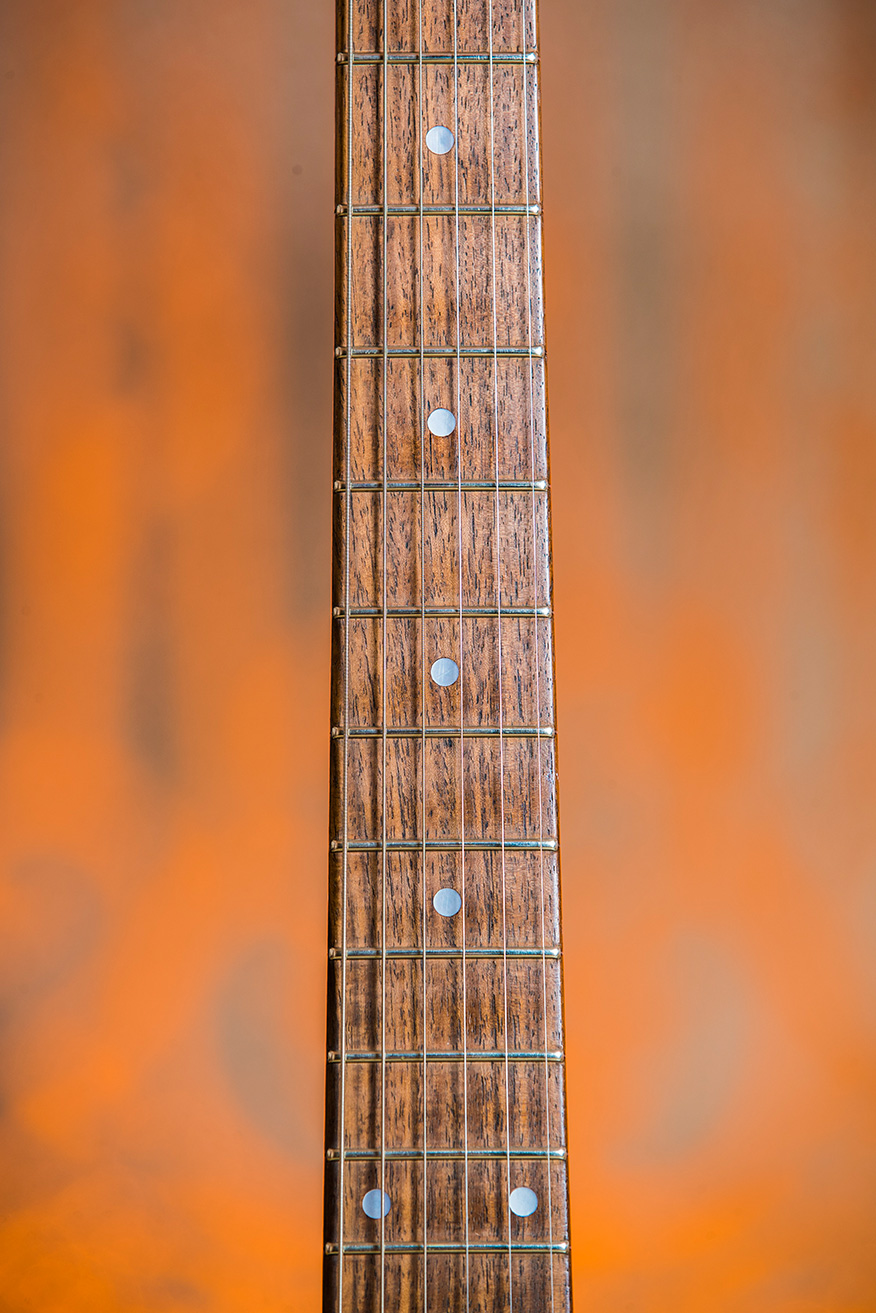 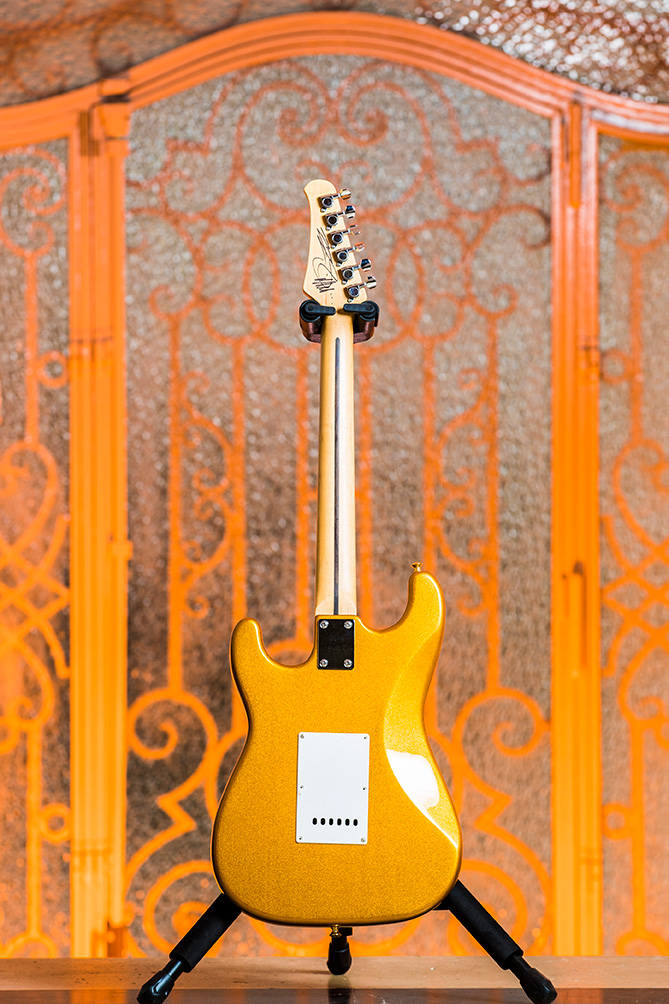