Just like the Harmonia from the same Gibbons collection, this California guitar used to be Billy’s couch guitar, a very cool version of the Strat that he would pick up while watching TV, plucking away and stumbling upon the riffs of his last three albums. The Harmonia has a rosewood fretboard, whereas this California has a maple fretboard, bringing it closer to Gibbons’ preference when it comes to Strats.

Just like he did with Tokai in the nineties, Gibbons has picked up this California, what most guitarists would consider as a cheap Strat knockoff, and has made it worthy of his blues-infused fingers. Starting with a typical hot-rod inspired hot pink paint job, Gibbons has designed a unique pinstriping pattern that really makes that humble instrument much more striking. He then proceeded to complete the makeover by choosing a green pearloid pickguard that perfectly complements the pink of the body, plus blue, green and pink control knobs. The three pickups are DiMarzios: the DP403 Virtual Vintage Heavy Blues 2 at the bridge, the DP414 Virtual Vintage Solo Pro in the middle and the DP404 Virtual Vintage Solo at the neck, a model that is no longer made and is starting to gather some attention from collectors. A simple Strat turned into a screaming blues machine with hot rod looks to match, only Gibbons could pull that off. 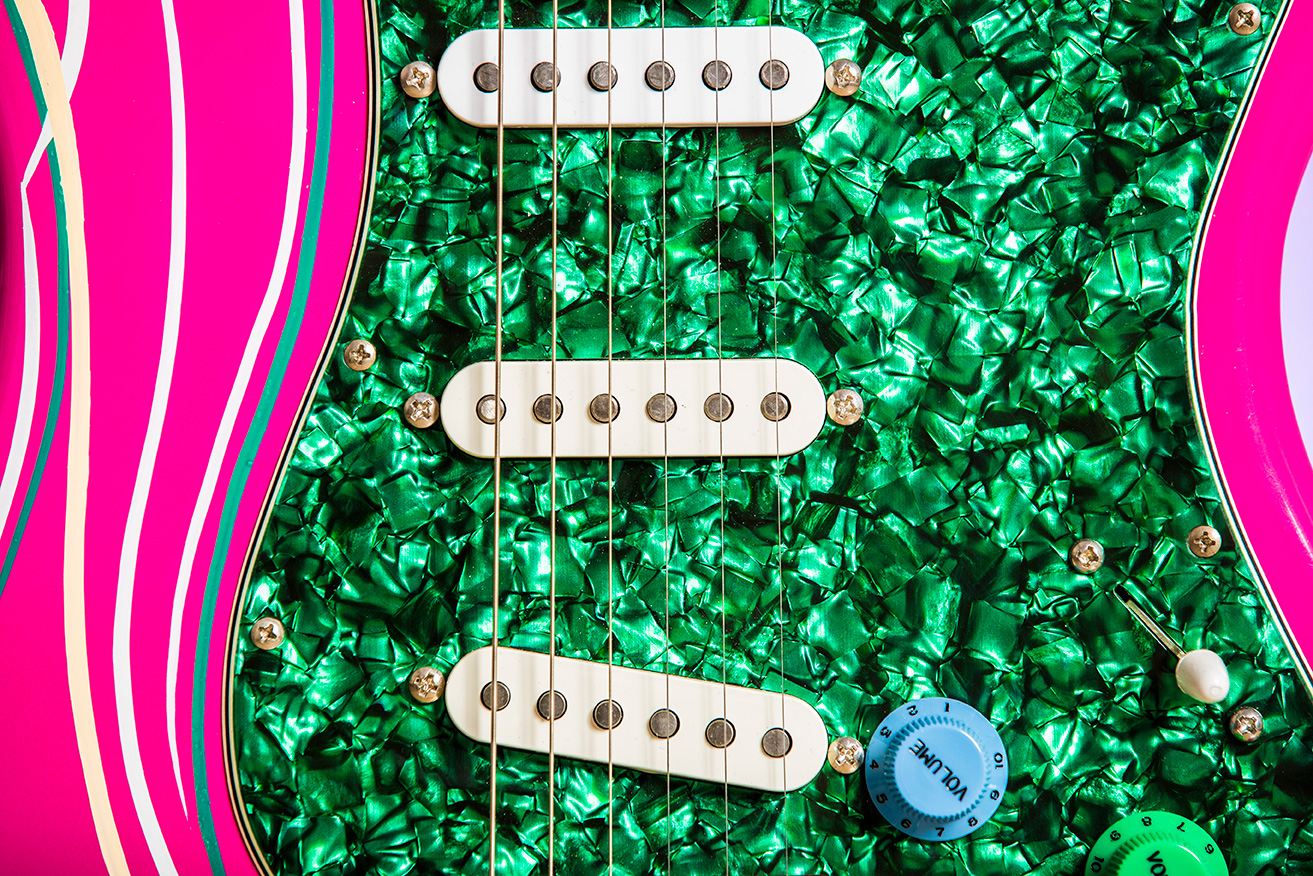 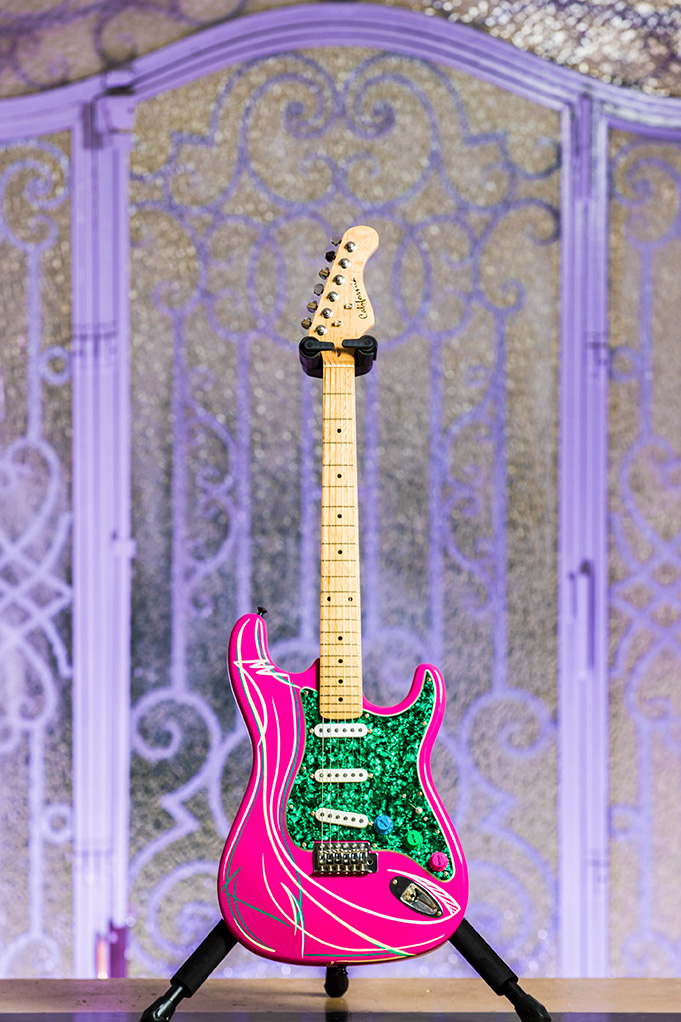 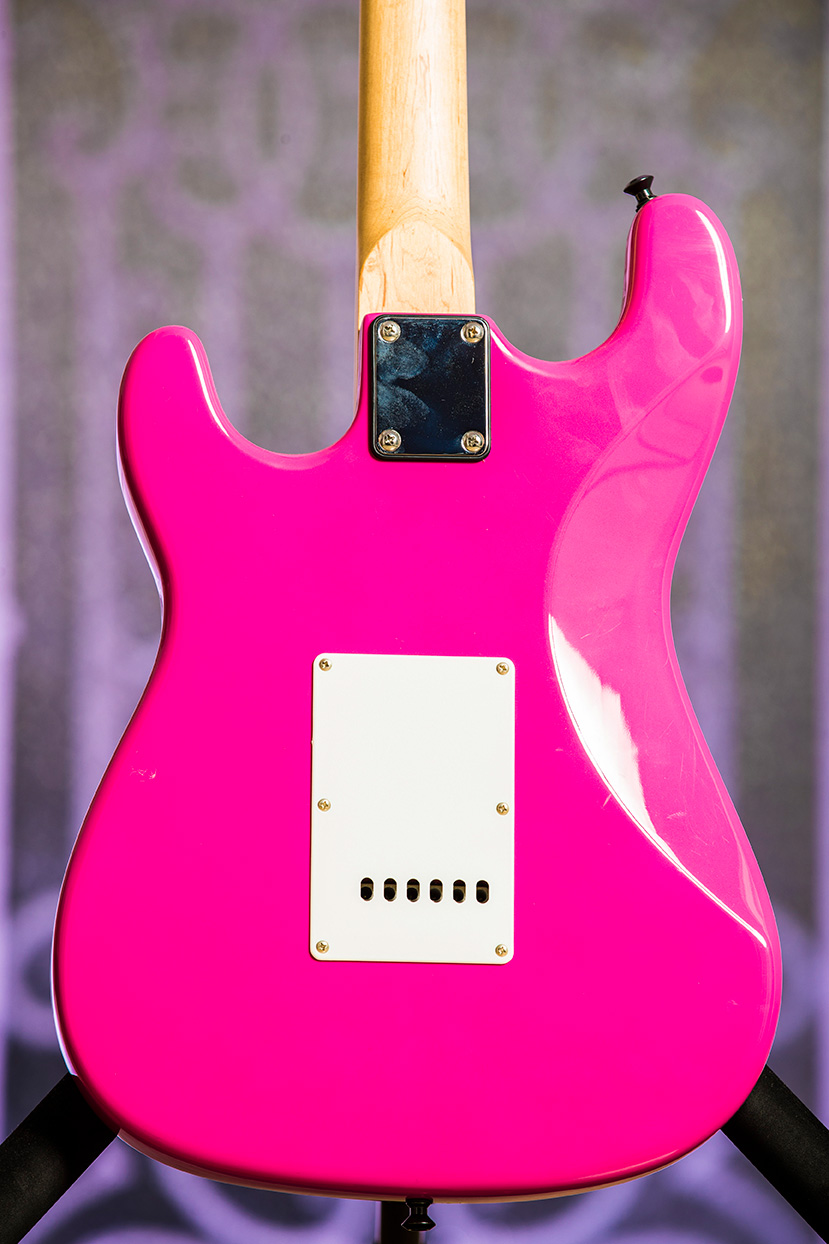 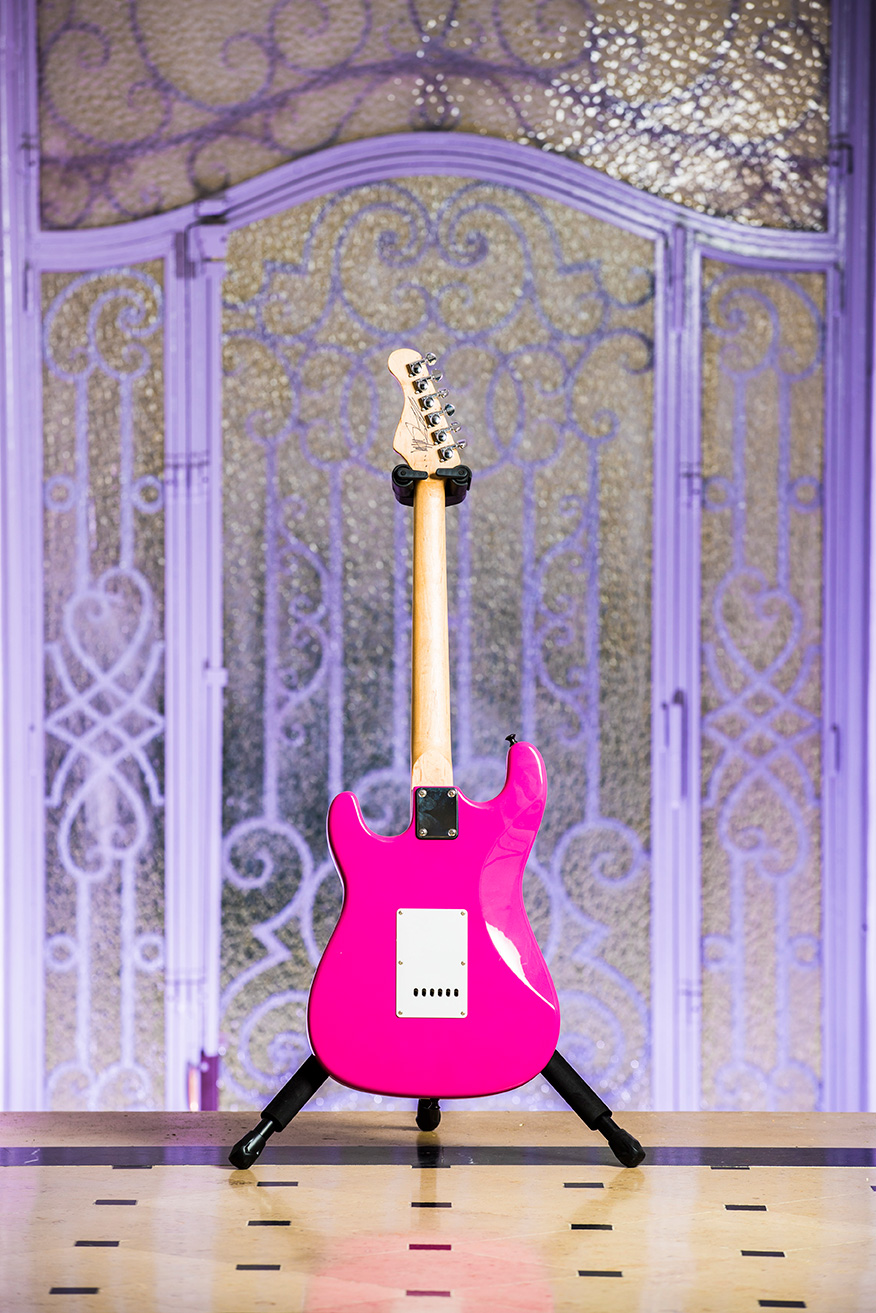 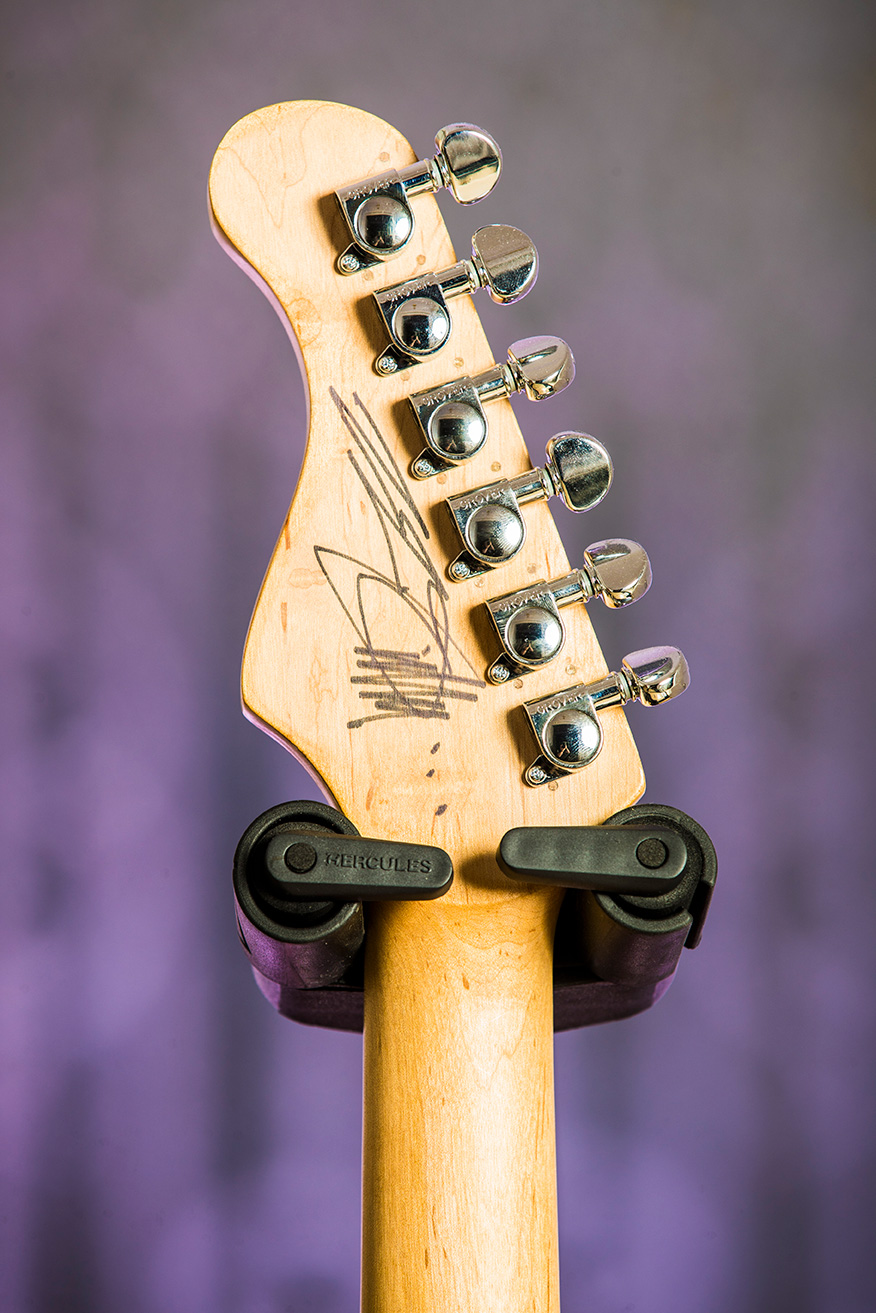 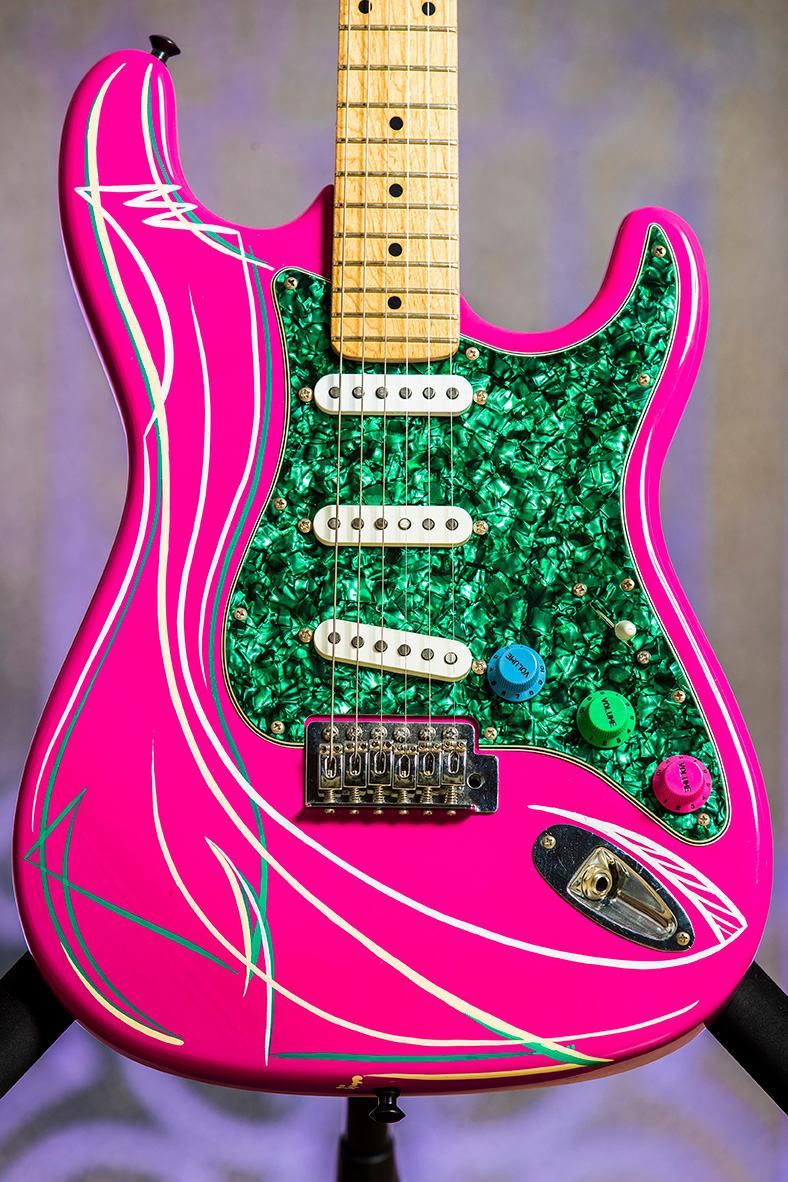 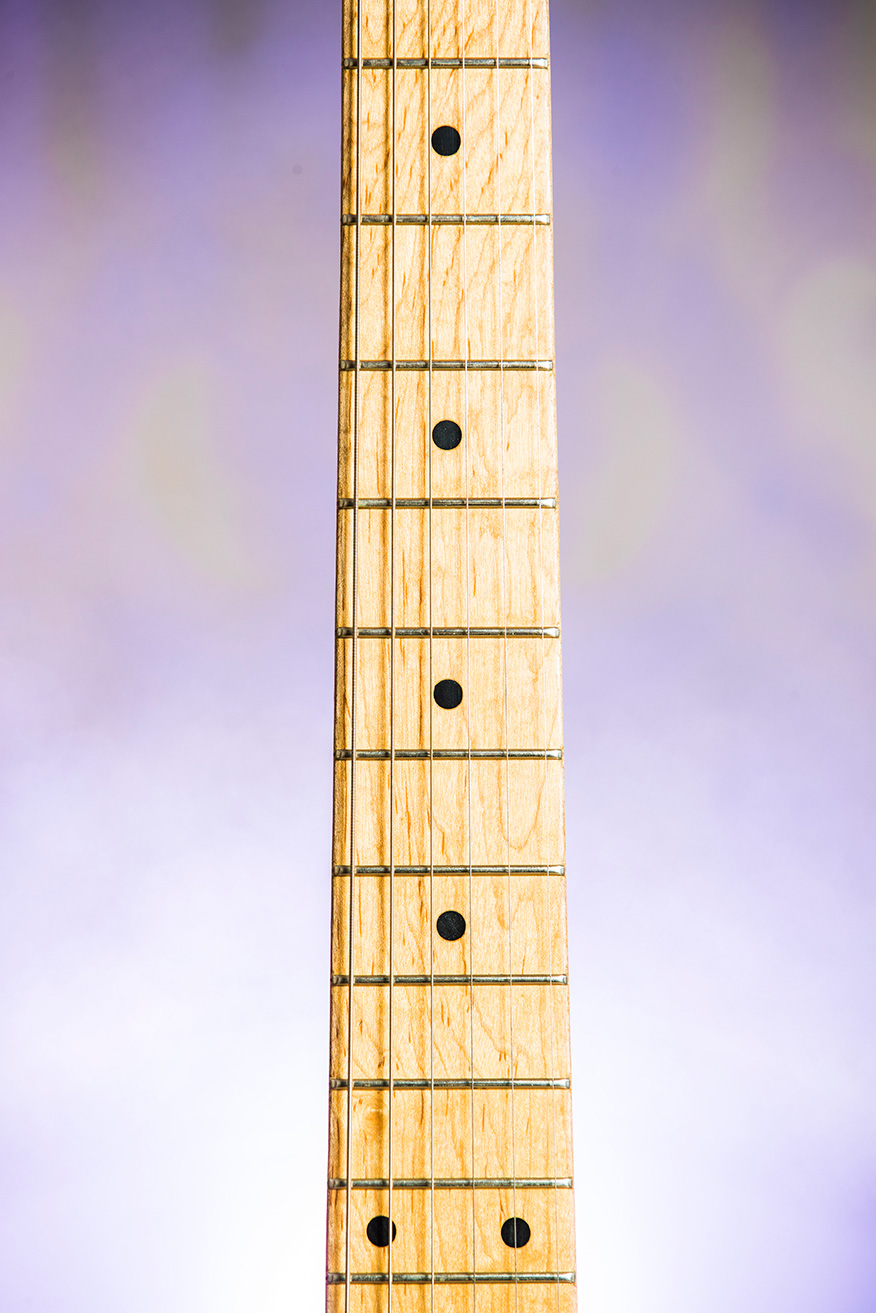 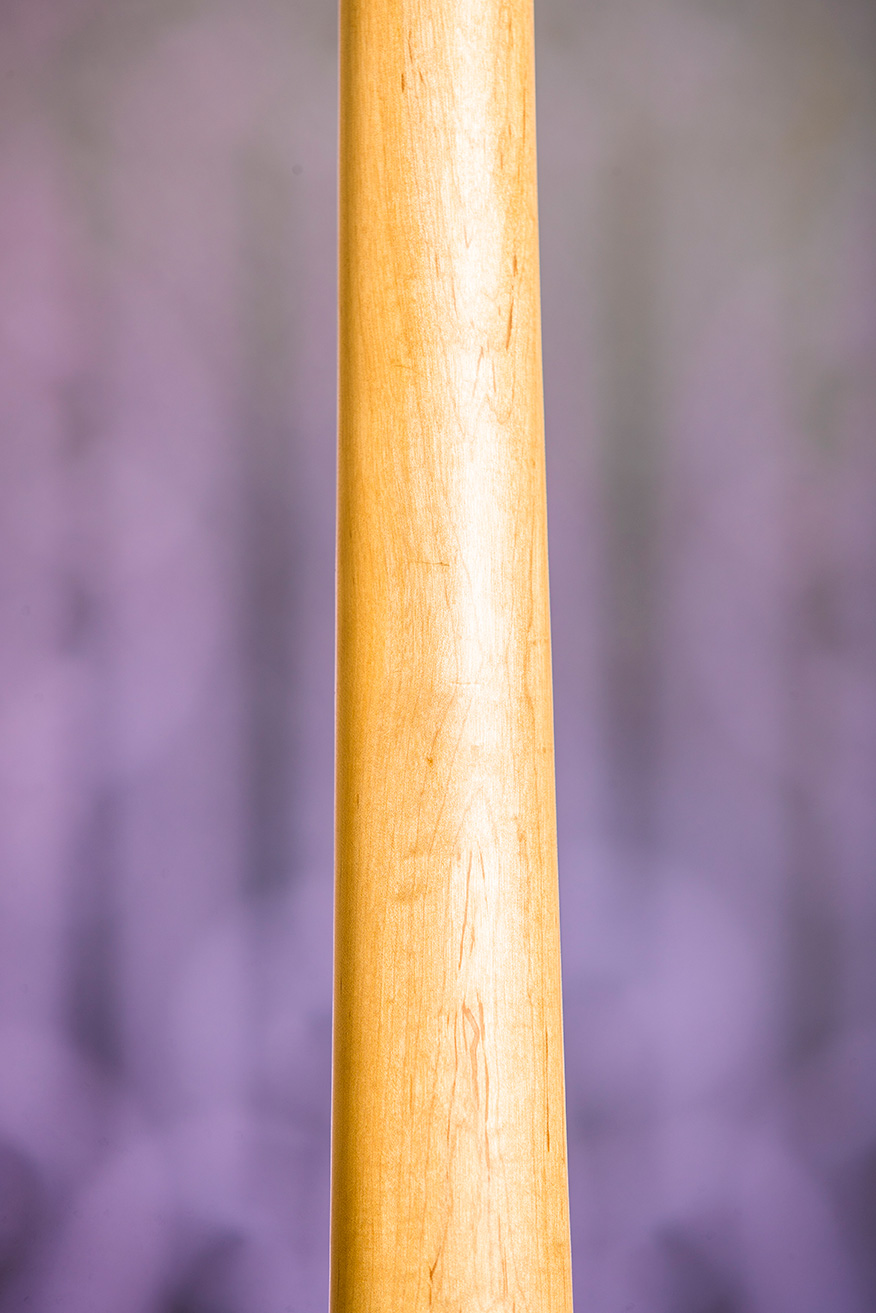 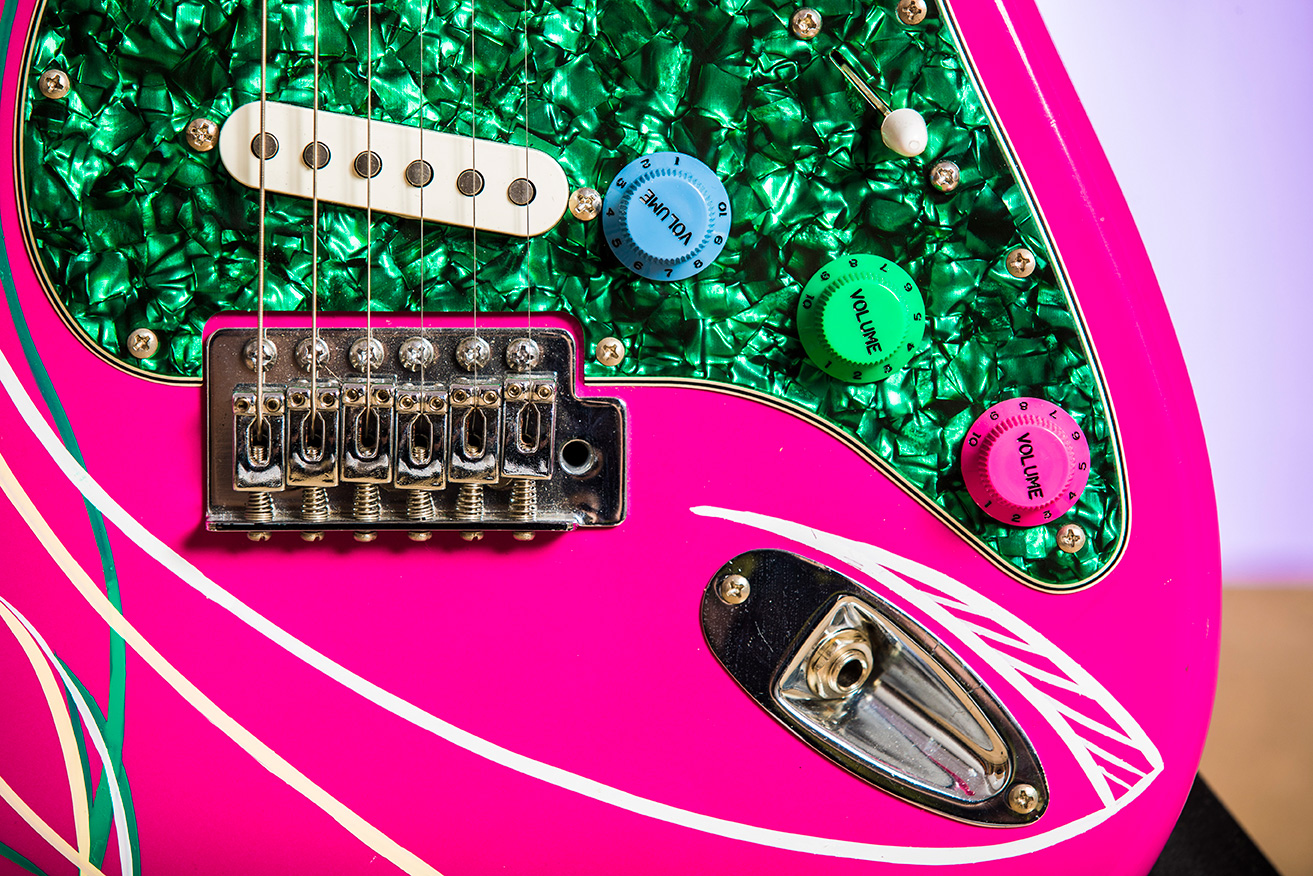 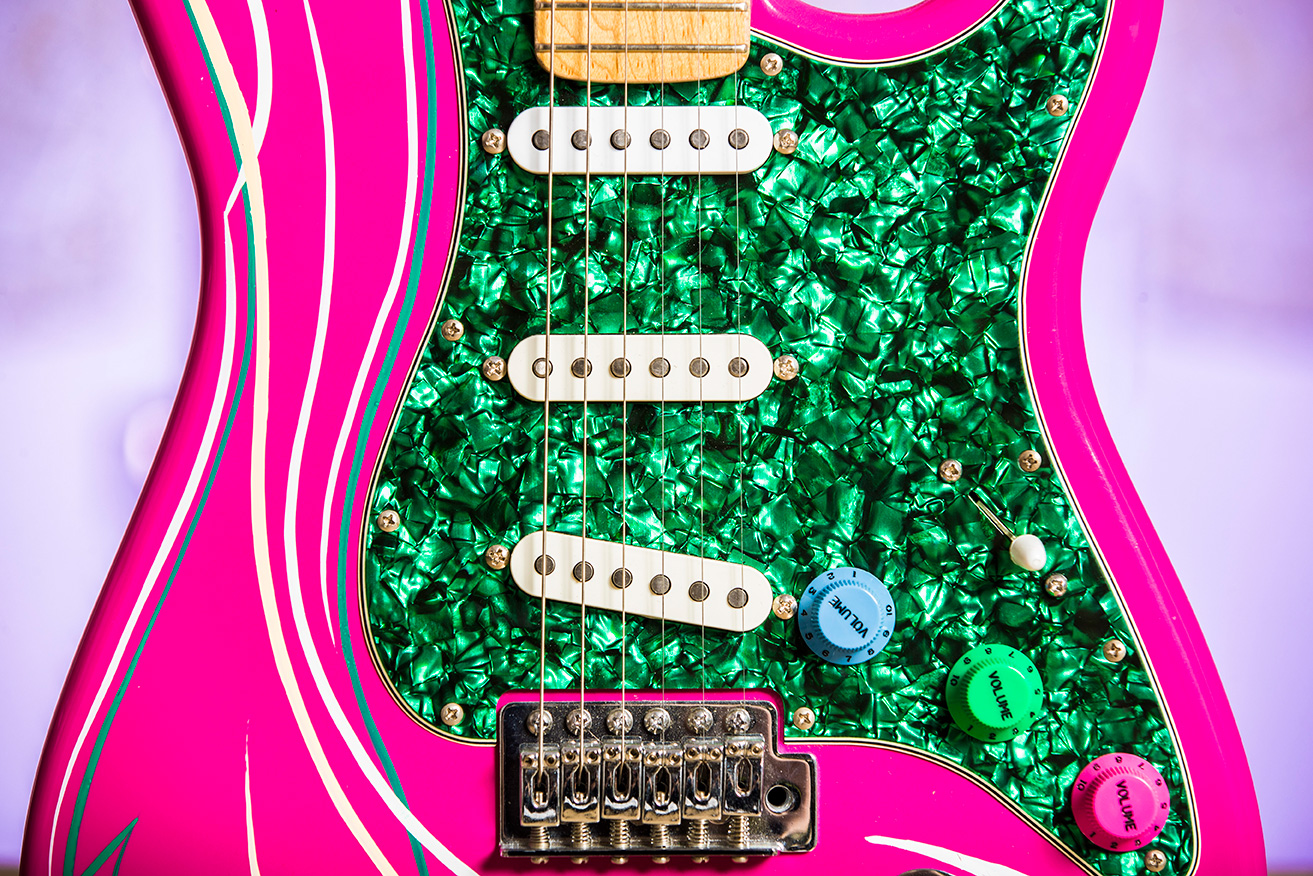