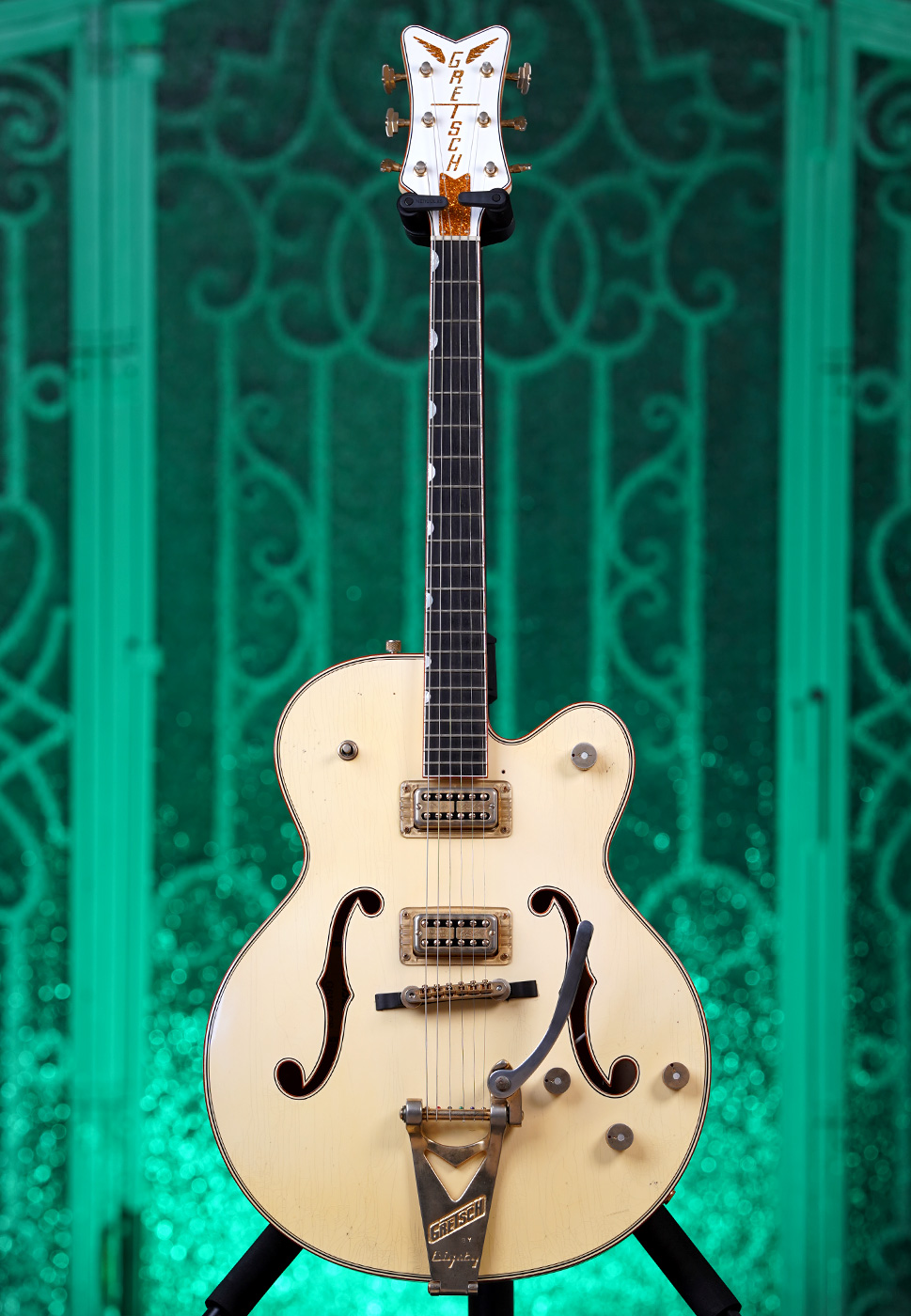 The history of music is made of mythical instruments that built a real collective story through their shape and sound. Alongside the Les Paul, the Telecaster and the Stratocaster is the very famous "White Falcon" by Gretsch. Unique by its round and generous curves and its rockabilly sounds, it became the other form of reference when it comes to guitars.

Developed and manufactured by Gretsch in the mid-1950s, this guitar, with its round and delicate shapes, quickly became a great success. With its glossy finish, gold plating and unique shape, the White Falcon was unmatched at the time of its release and quickly became a popular instrument. The White Falcon is a hollow body guitar that has established itself as a key model in the history of music. Its sweet resonance and delicate warmth have helped make this model a mythical instrument. If any artist could sum up its place in music, it would be Brian Setzer. The leader of the Stray Cats unleashed generations of fans to the sound of the band's rockabilly hits, bringing this model back to the glory it once knew.

The model offered by Matt's Guitar Shop is exceptional: it is a White Falcon Master Built Custom Shop Stephen Stern that was personally owned by Brian Setzer, the proudest ambassador of the beautiful and round white guitar. Made by the Master Builder of the Gretsch Custom Shop Stephen Stern, this is an exceptional electric guitar with remarkable acoustic qualities. In addition, Brian Setzer has precisely removed the pickguard, freeing up the two soundholes on the top of this beautiful hollow body. 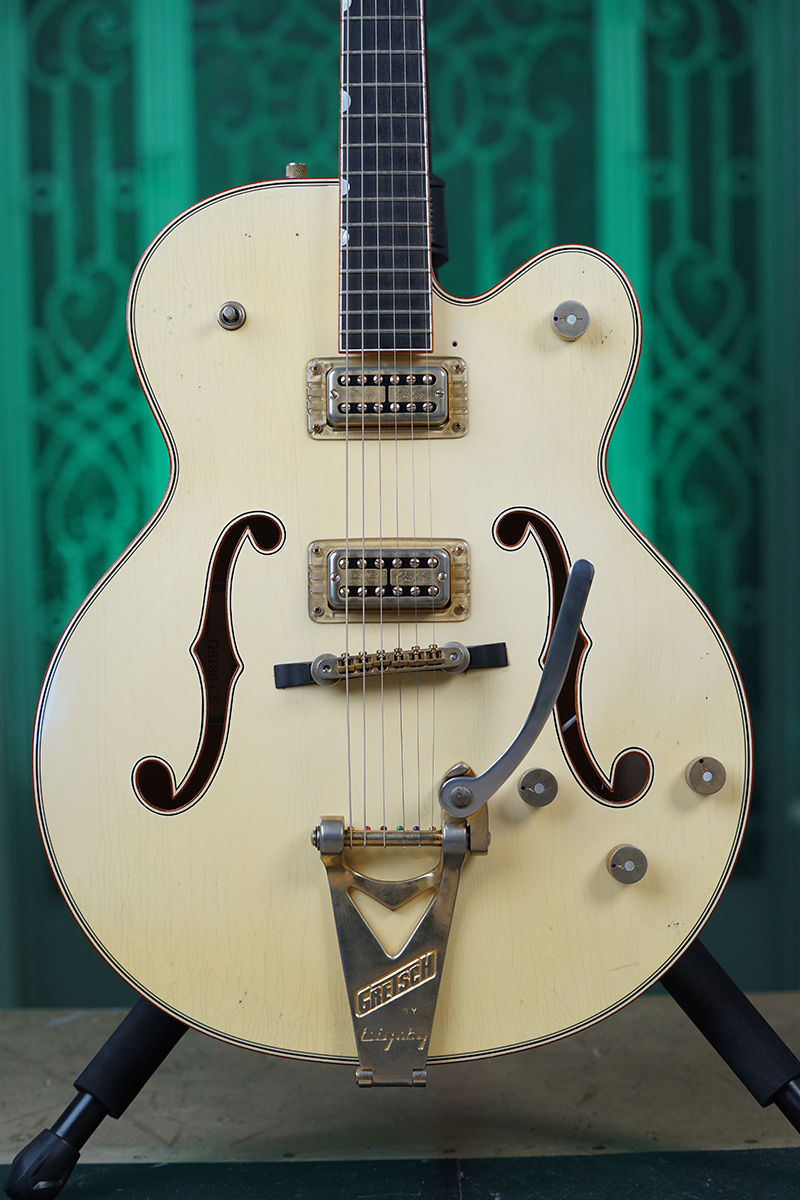 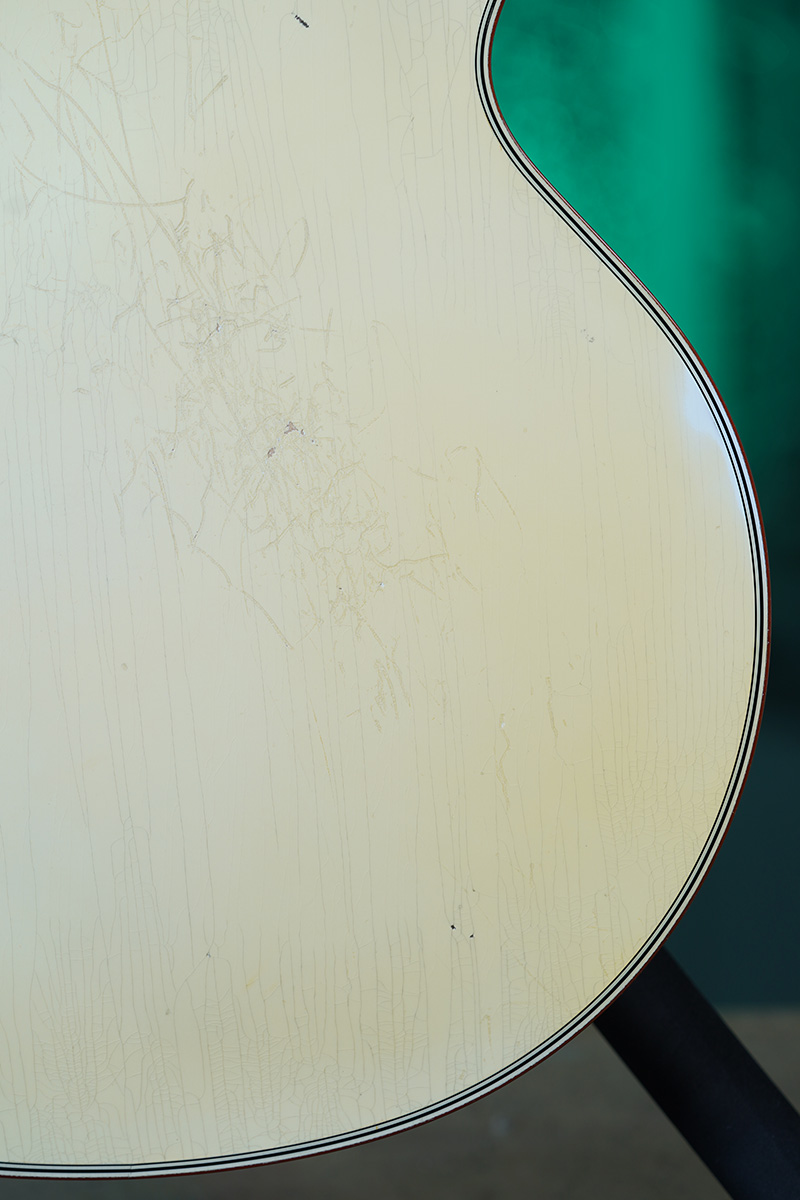 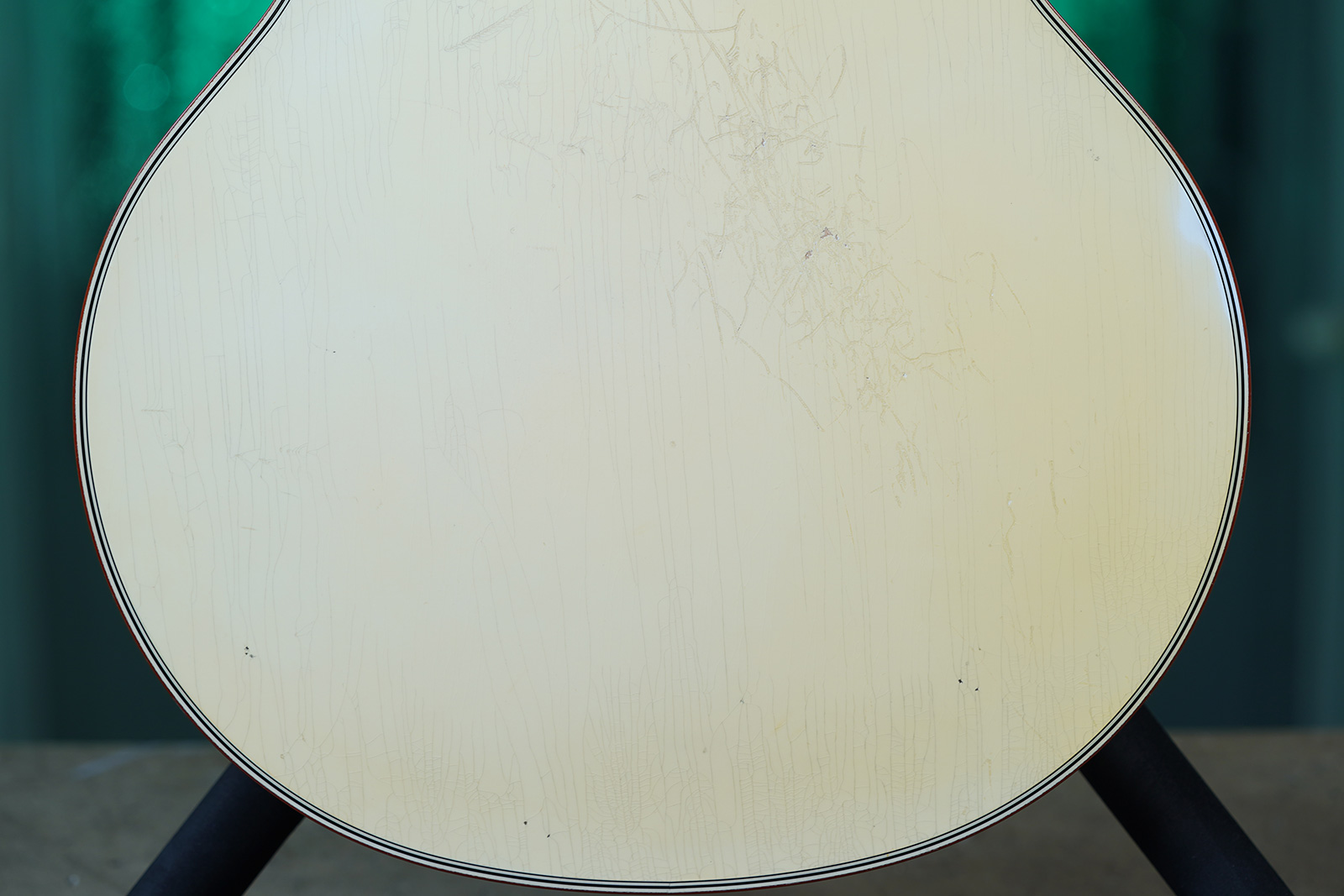 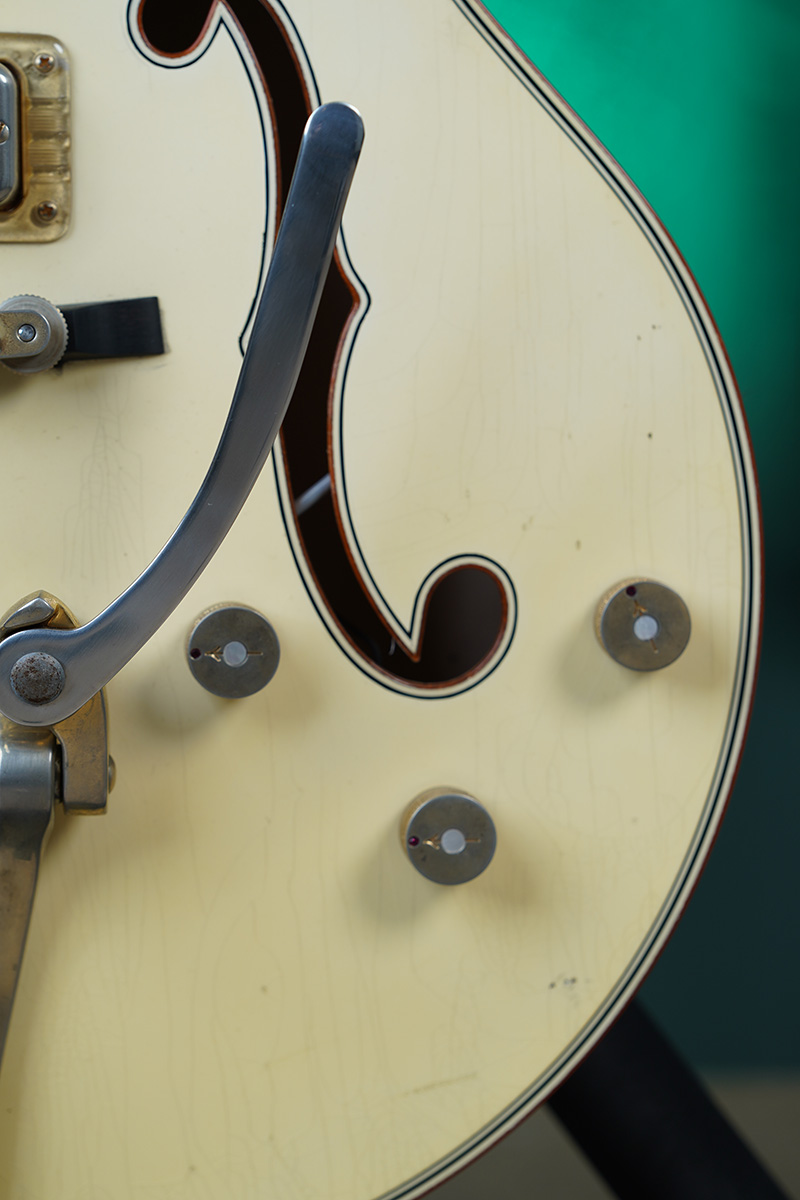 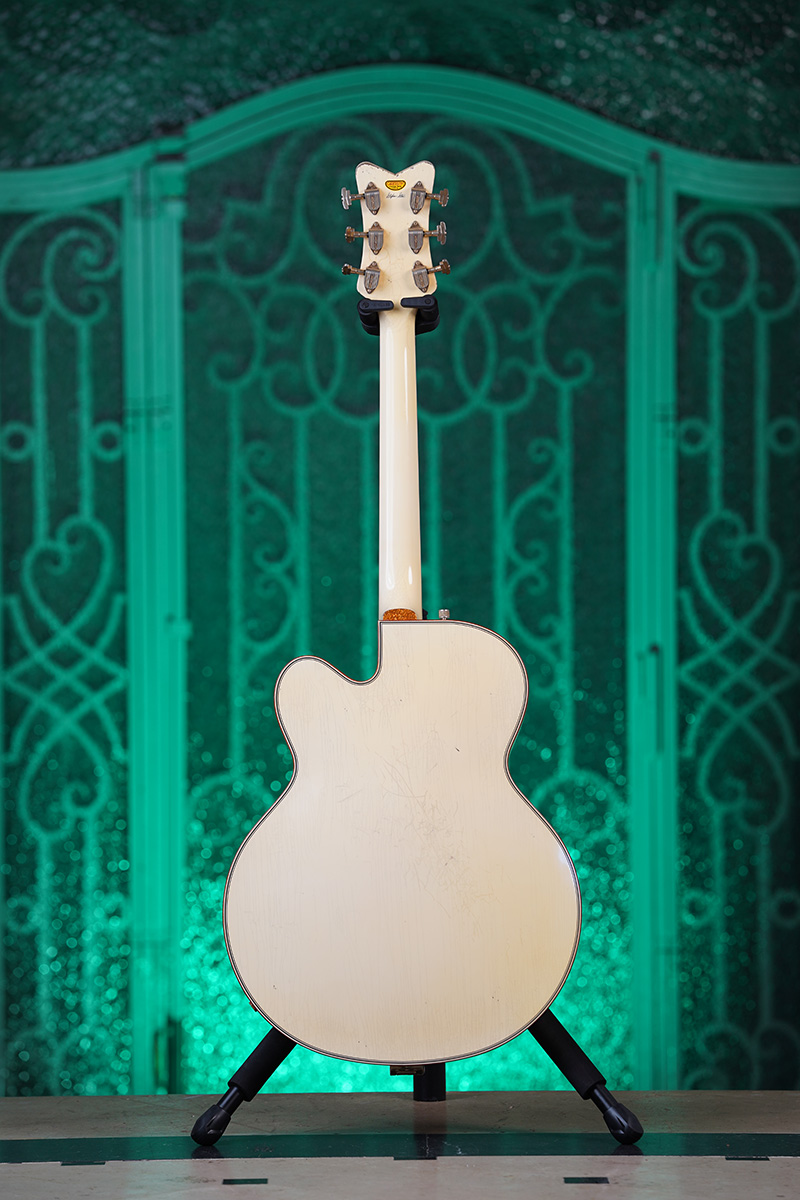 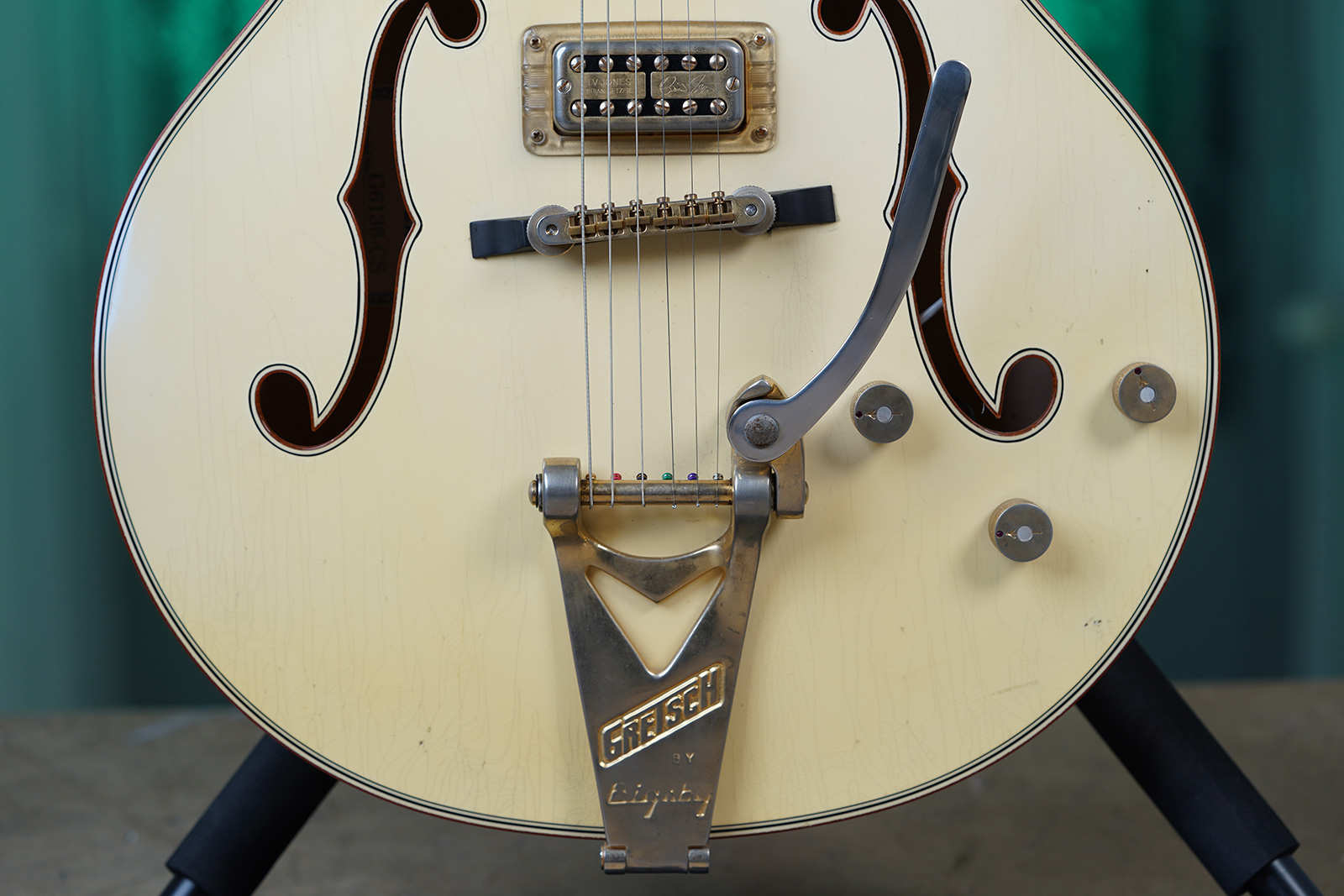 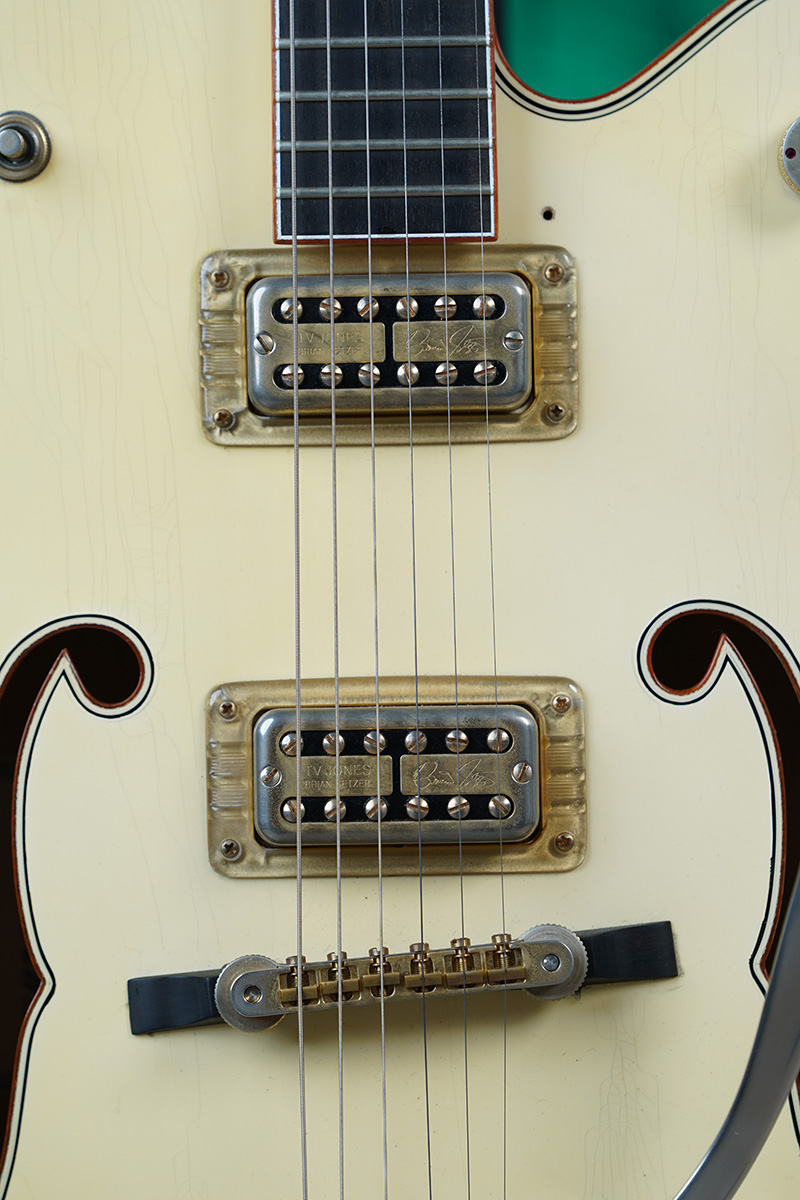 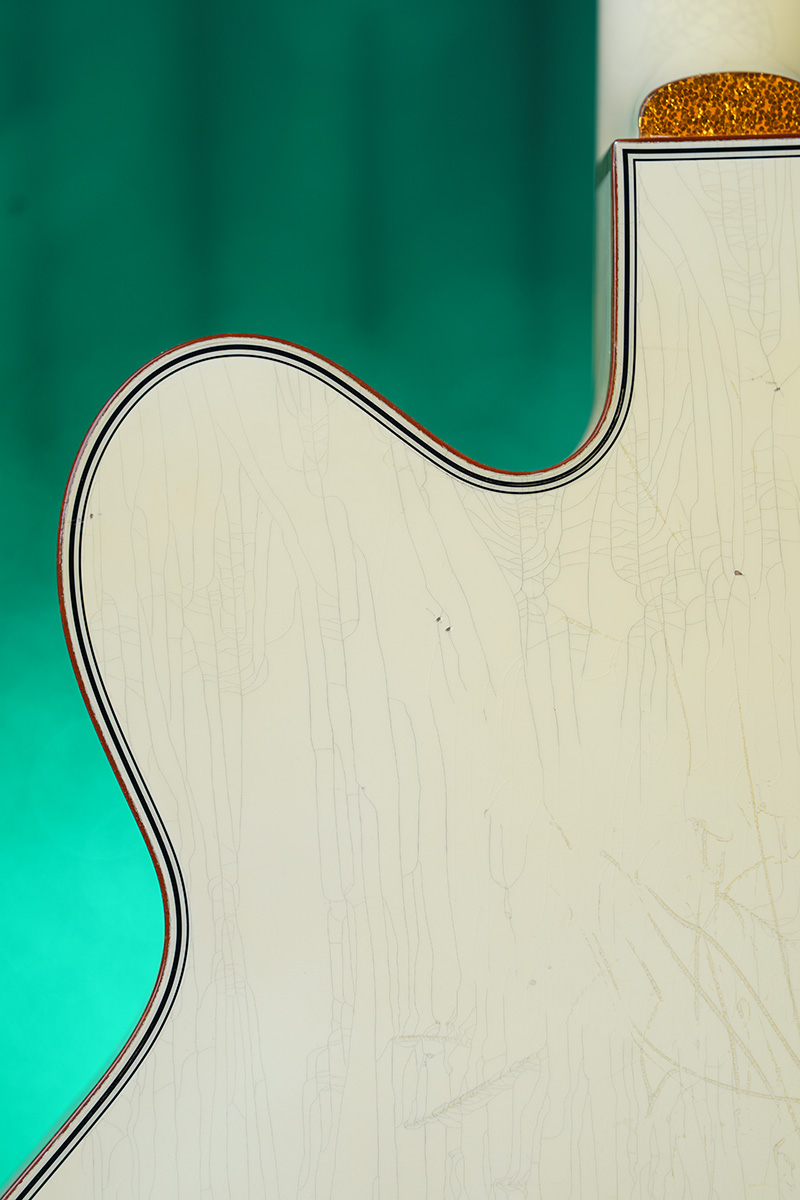 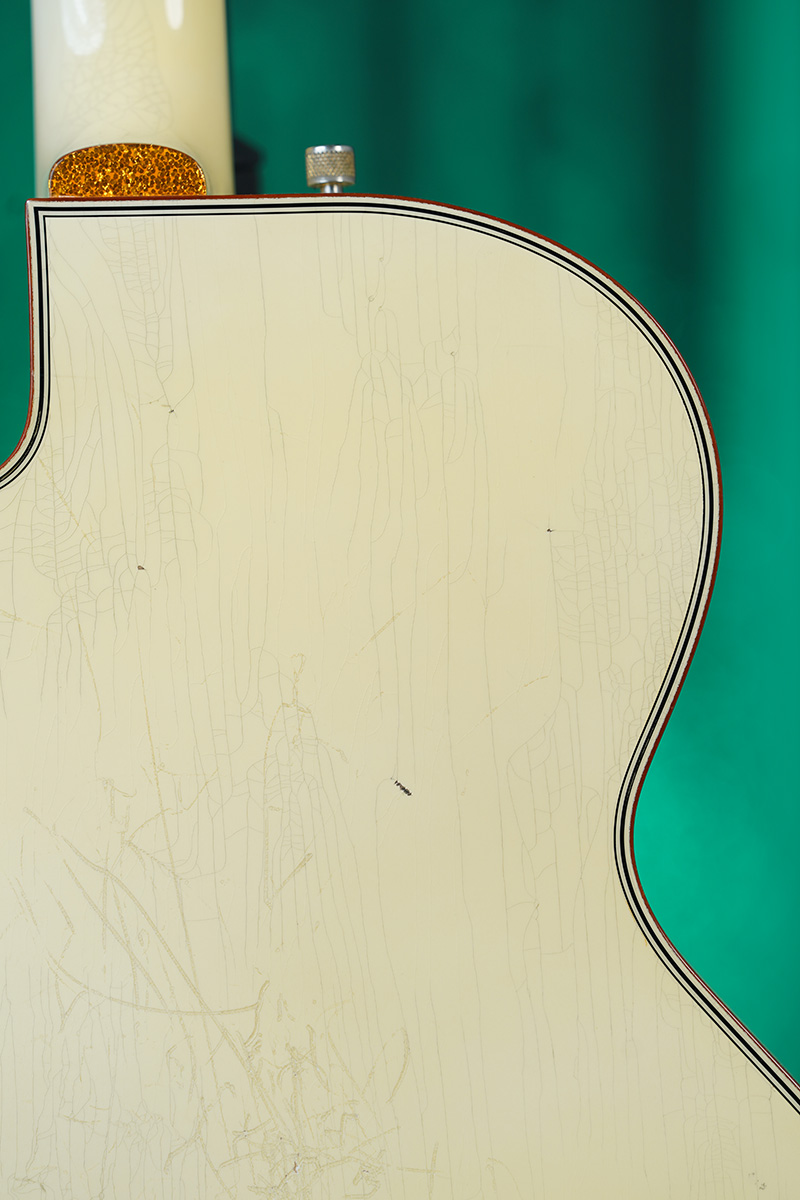 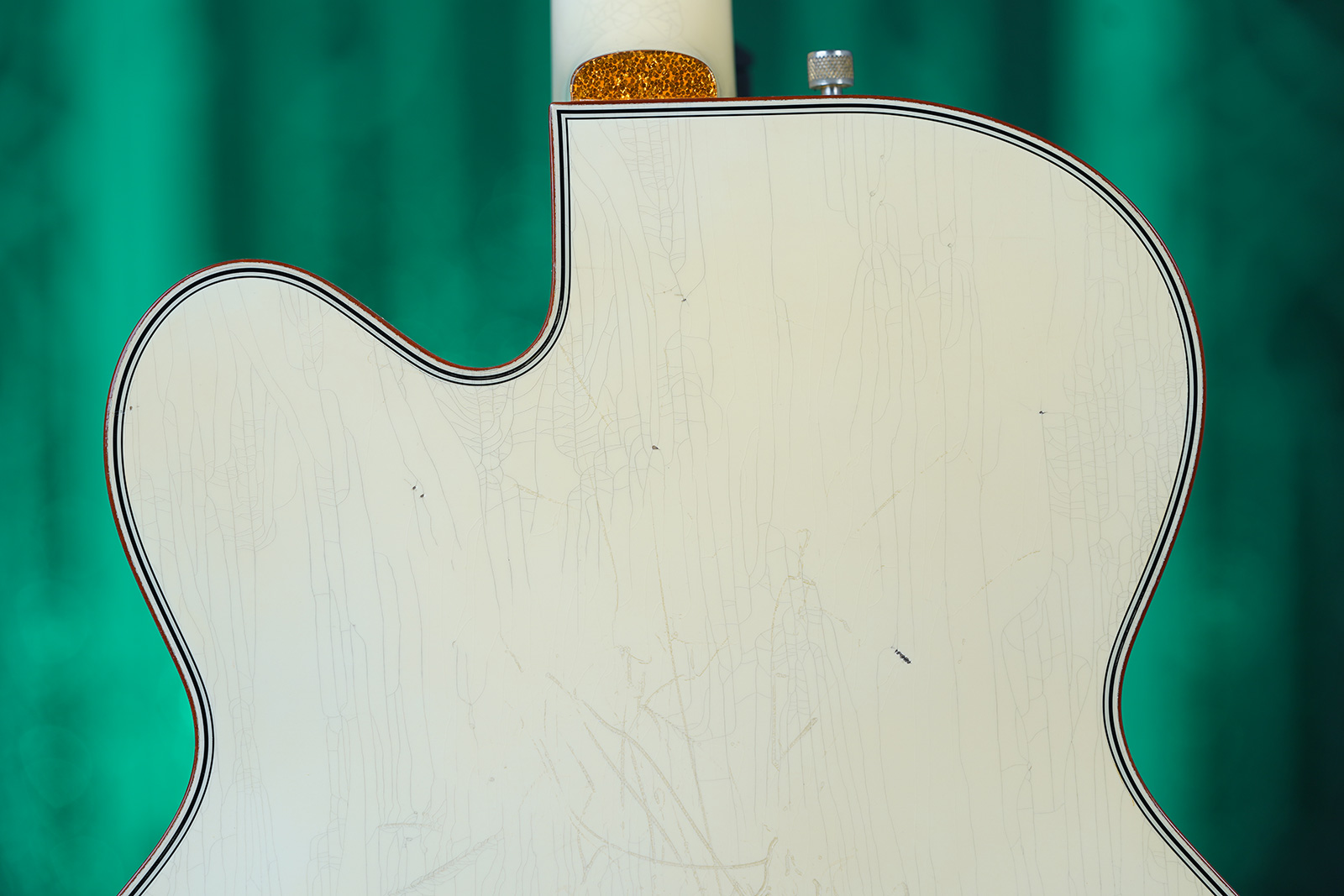 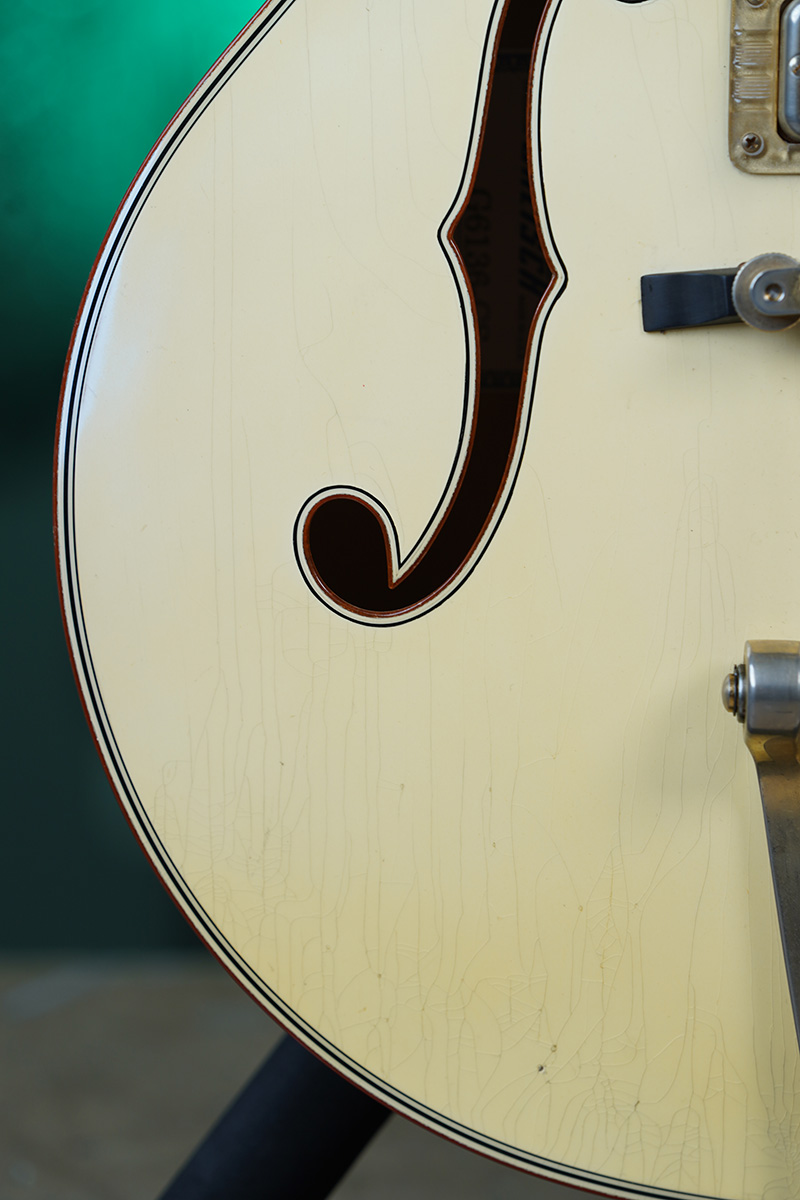 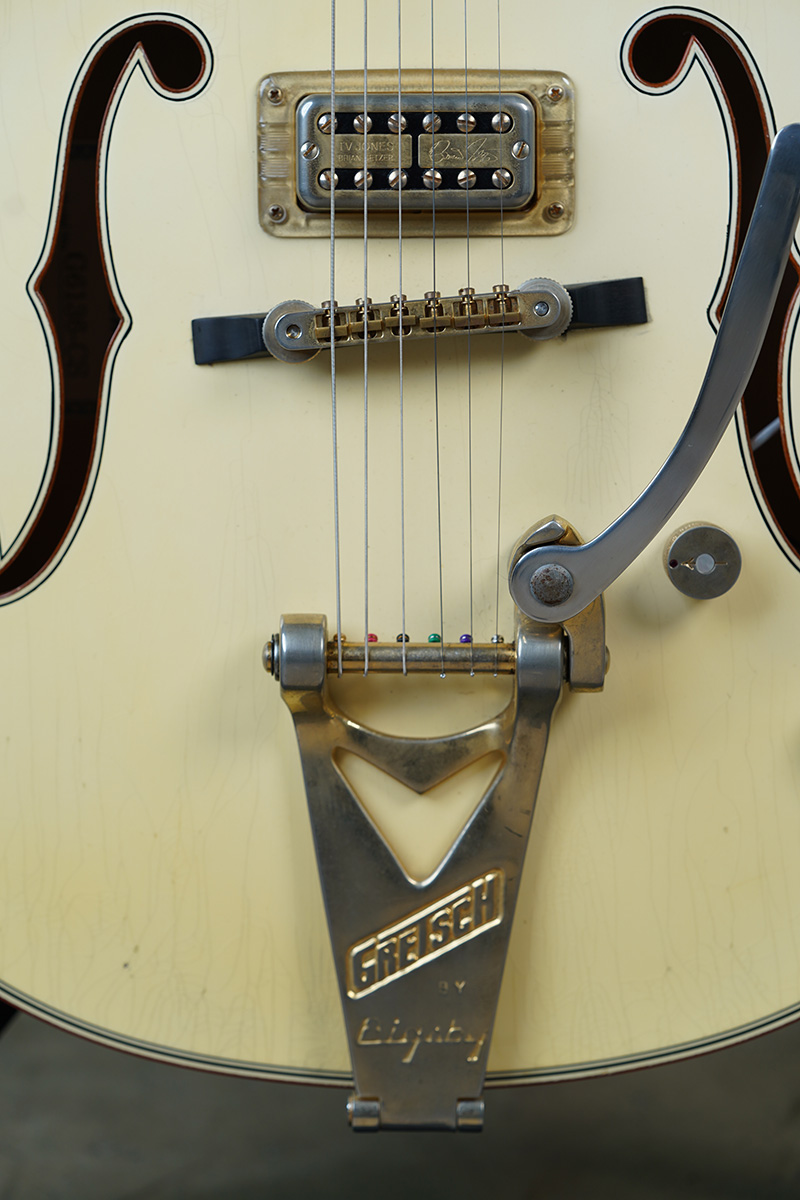 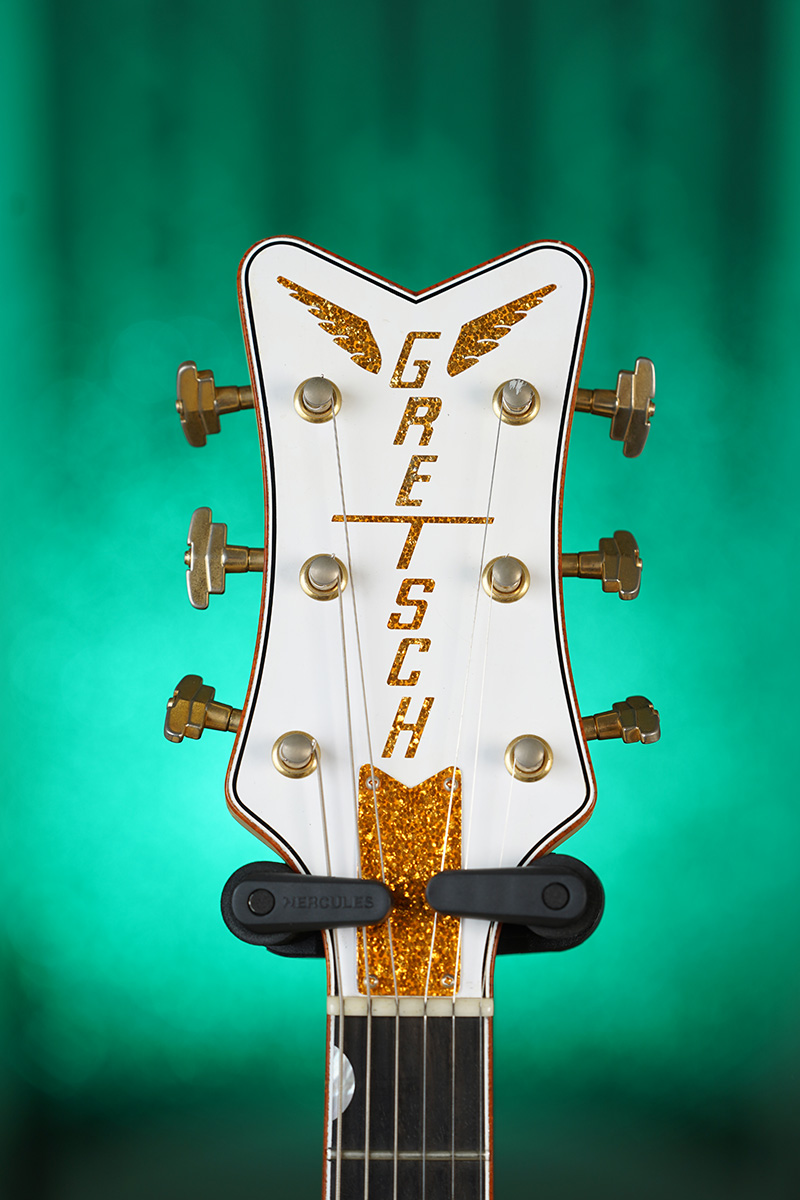 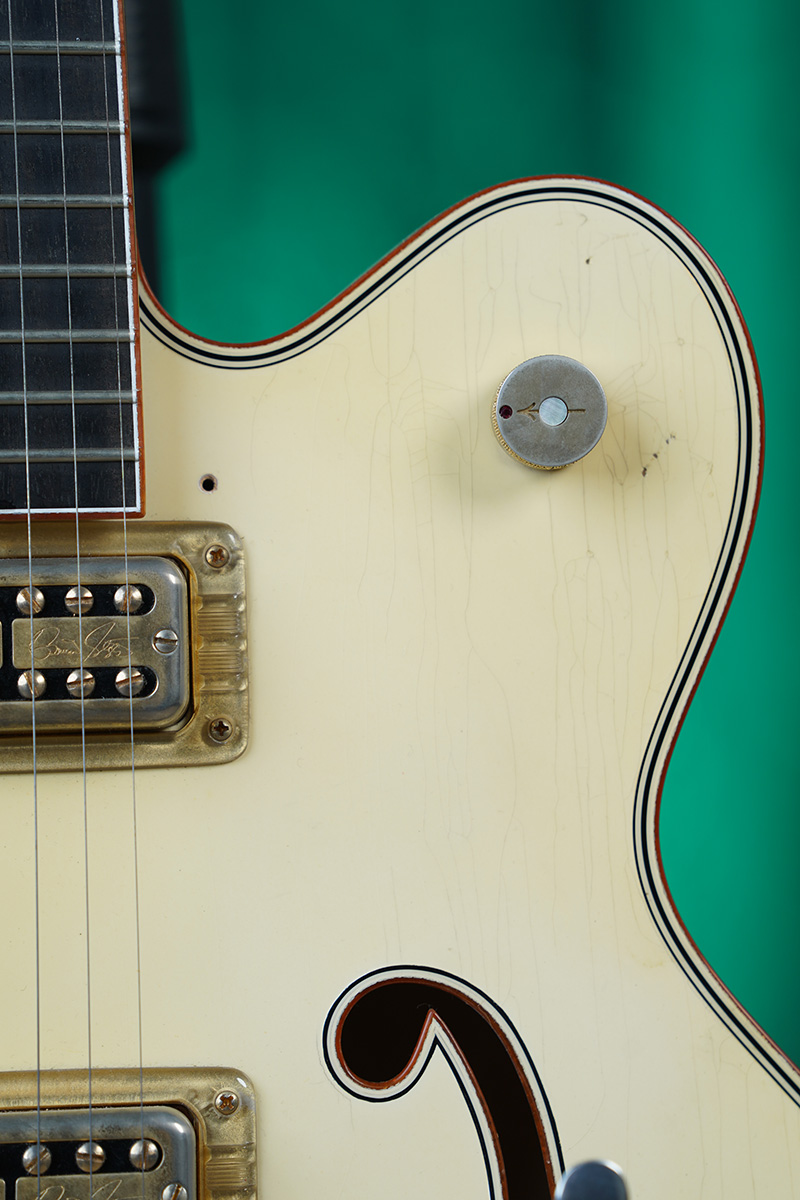 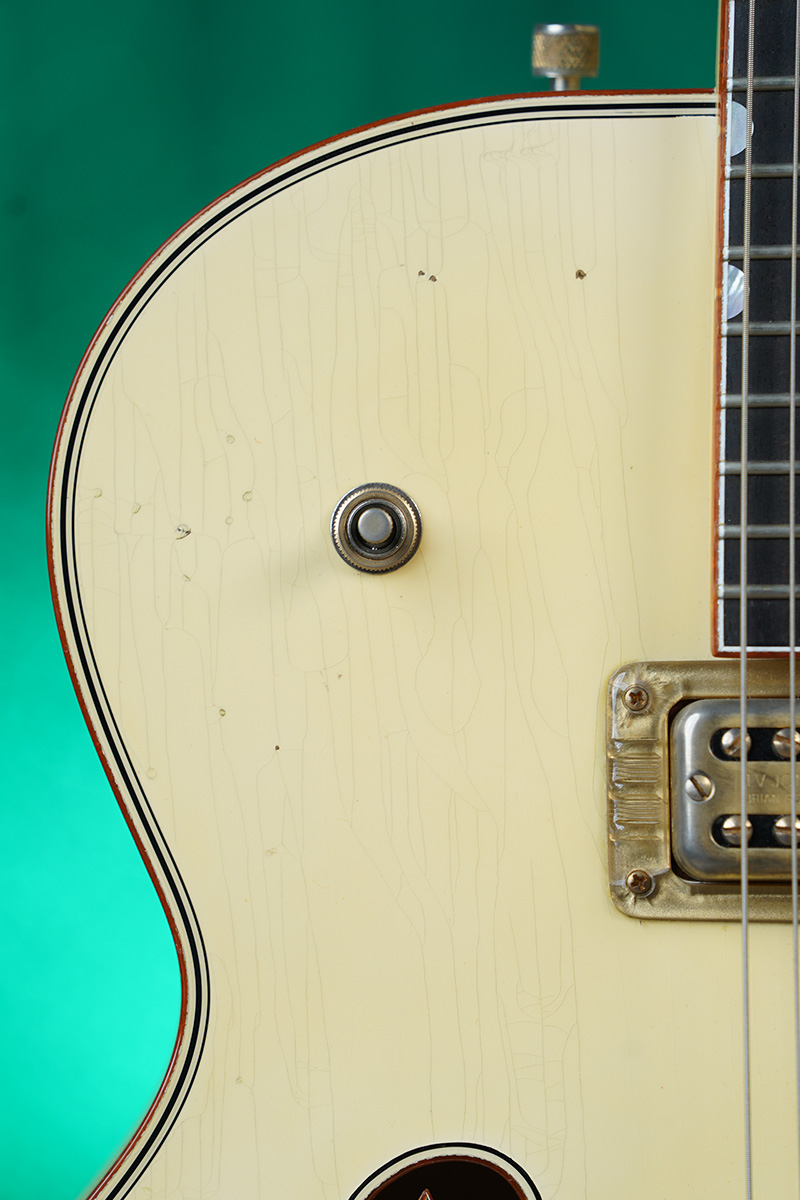 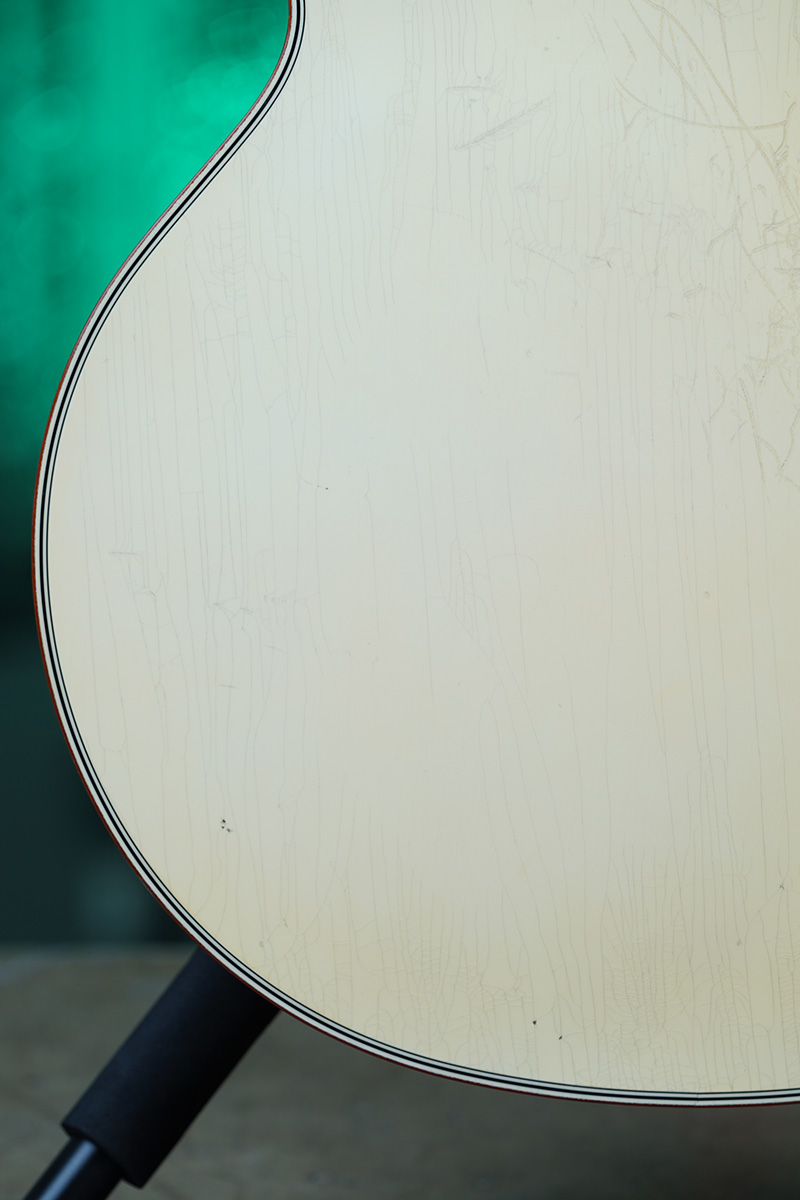 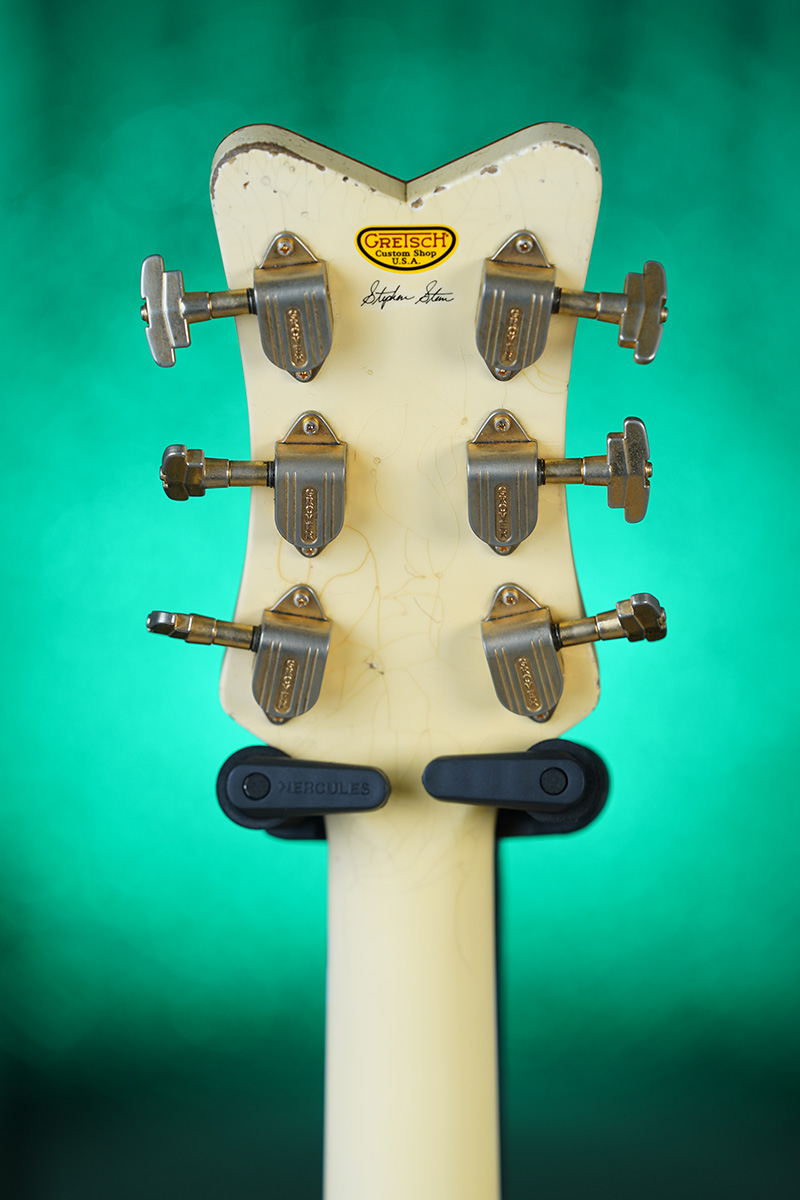 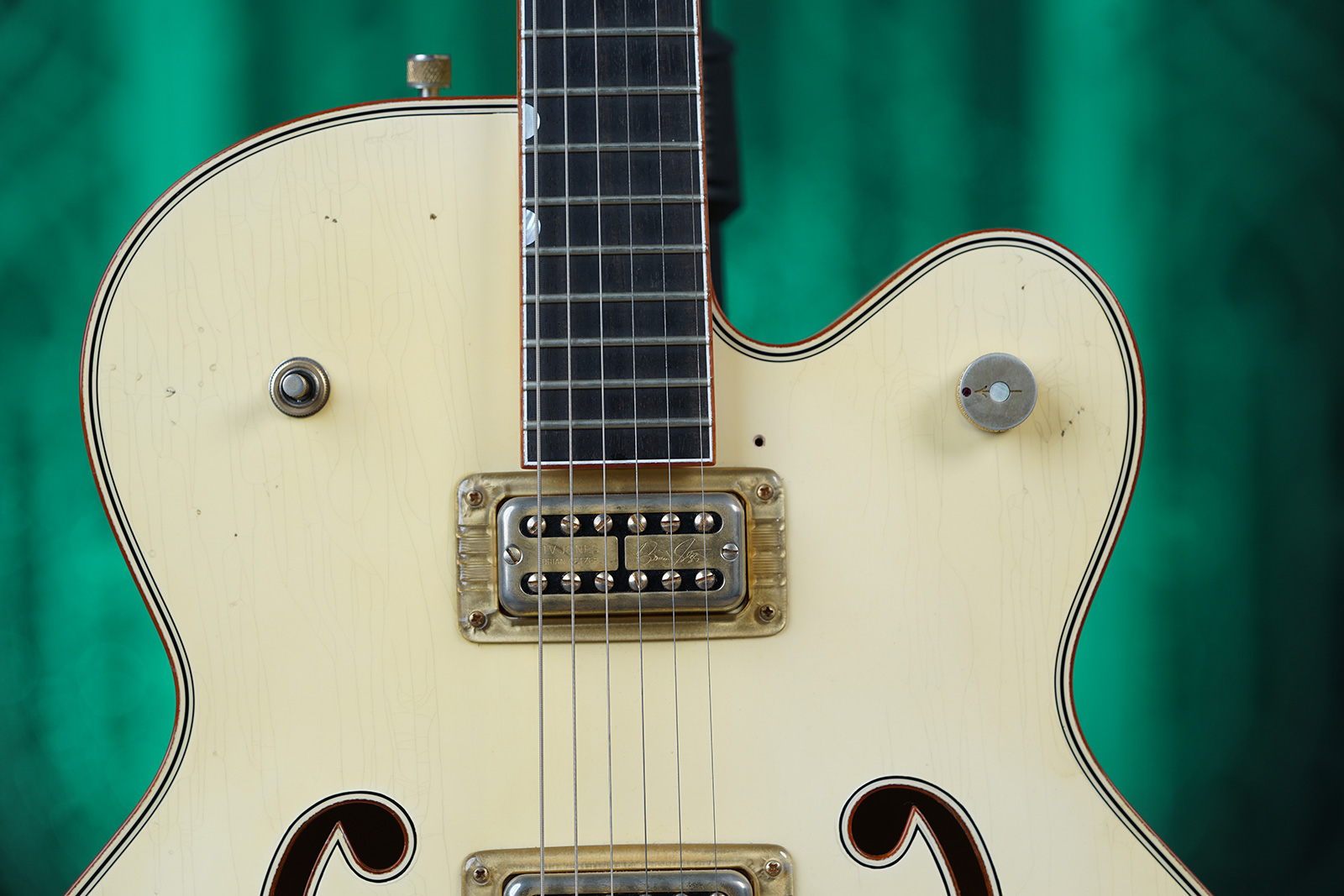 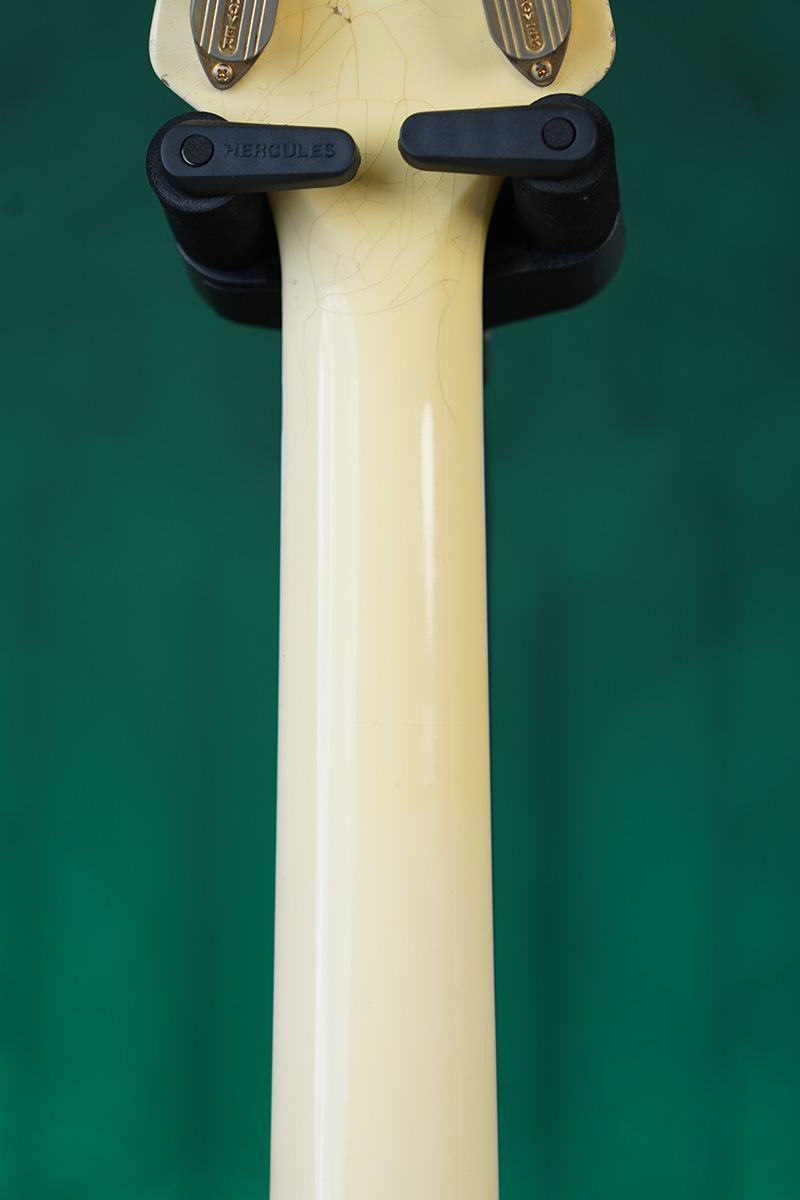 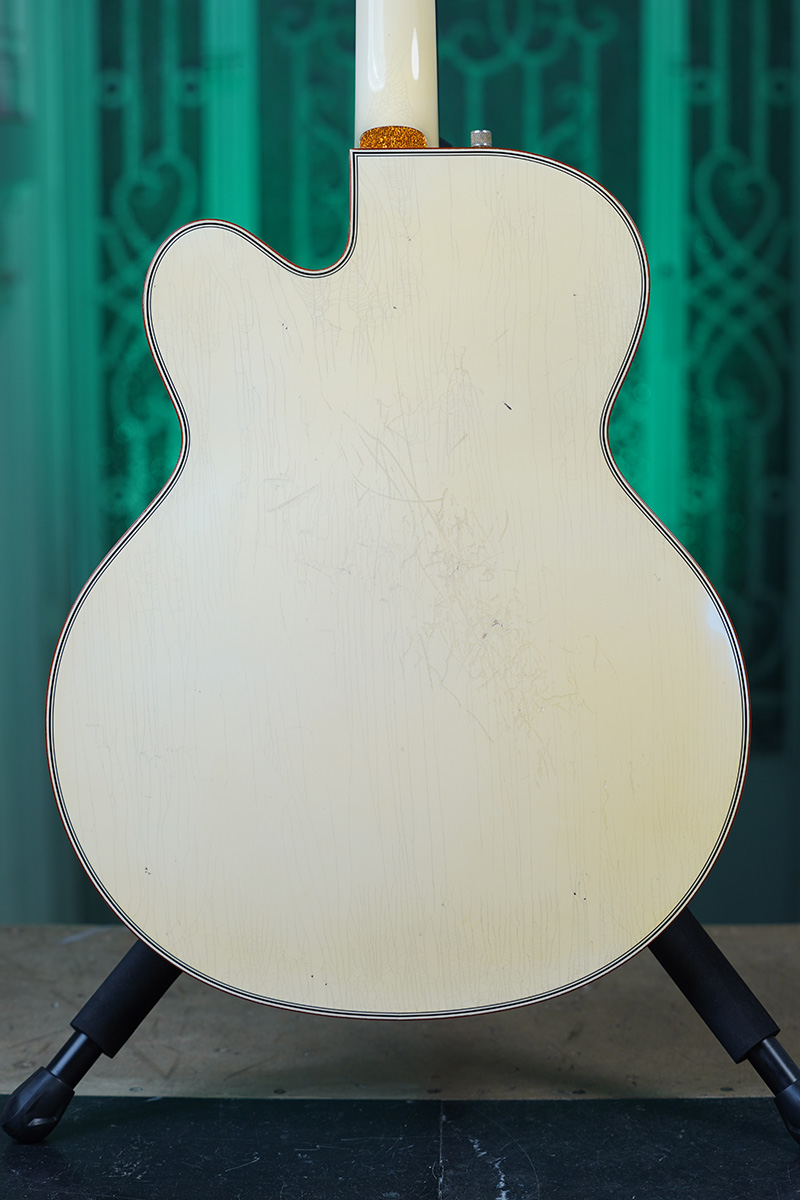 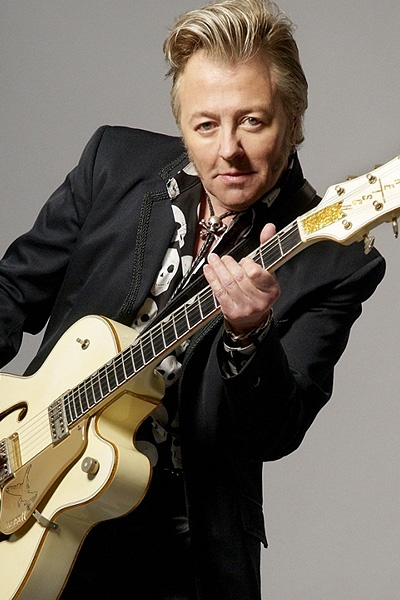