Mark Evans was there in the beginning, but Cliff Williams is AC/DC's main bass player without a doubt. His low frequencies can be heard on every great album released by the Australian group from Powerage until Rock Or Burst in 2014. He joined the band in 1977, so the sold out stadiums have been adding up in the meantime.

This true master has turned the quarter note into an art form, with a playing style that seems simple but is perfectly mastered and cannot be dissociated from AC/DC's sound. His approach to gear is the same: simple, without fanciness or complicated stuff, but with a constant goal to bring that fullness and brightness that will complement the sacrosanct rhythm guitar. When he joined the band, this Precision Bass was his weapon of choice. It was black back then, and can be heard on Powerage and Highway To Hell. Very few basses have contributed to so many great riffs.

That 1964 L Series was also Cliff's stage bass until 1979, when the long-haired bassist got hip to Music Man instruments for the Highway To Hell tour. Indeed, with the limited PA systems of the time, active electronics were a much welcome tool to make life on tour easier. Williams even tried to upgrade his Precision by sticking a Steinberger's pickup and preamp inside of it, but of course the result was not what he had hoped for, and the original pickup was quickly reinstalled. This is when the bass was refinished in Fiesta Red in order to hide the cavity that had been dug.

Since then, Cliff has remained faithful to active Music Mans for the band's extensive tours, while this Precision stayed in his collection and his studio arsenal until its recent retirement, which is when the ultimate AC/DC bass found its way to France. 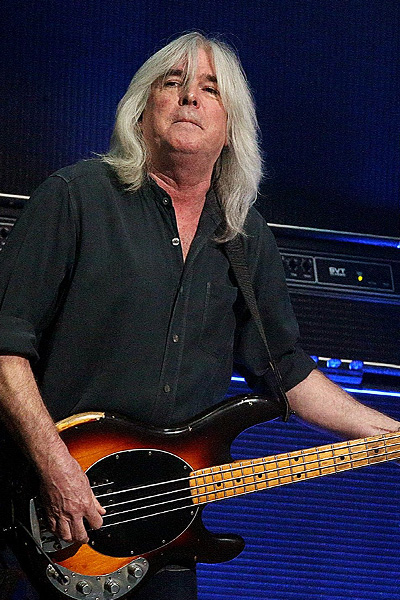